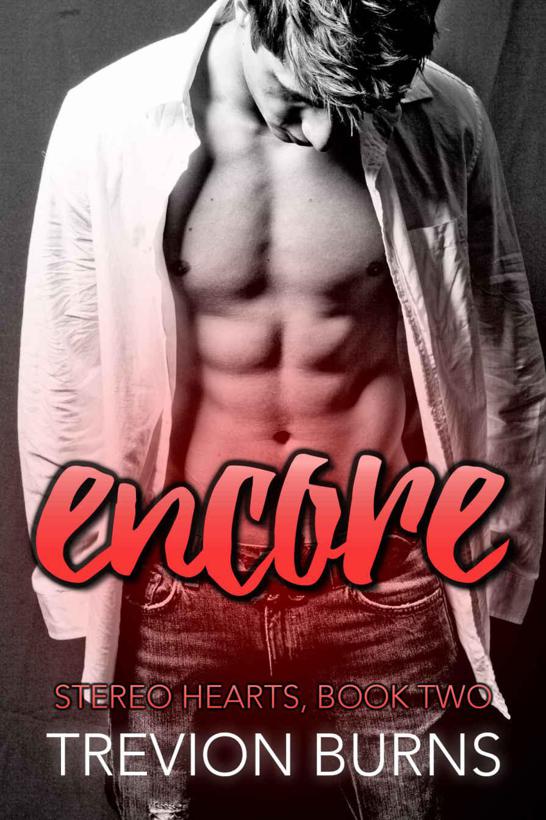 All rights reserved.  The reproduction, transmission or utilization of this work in whole or in part in any form by any electronic, mechanical or other means, now known or hereafter invented, including xerography, photocopying and recording, or in any information storage or retrieval system, is forbidden without written permission.

This is a work of fiction. Names, characters, places and incidents are either the product of the author’s imagination or are used fictitiously, and any resemblance to actual persons, living or dead, business establishments, events or locales, is entirely coincidental.

“I’ll be the biggest star in the world, Aria. Bigger than Prince. Bigger than Michael even. Like King Henry in the 1500s. Down on your knees to lick my dick, or off with your head.”

“Wow.” Aria giggled. “Every day, you convince me you can’t be any more perverse, and every single day you top yourself.”

“Silence, or I won’t let you be my Anne Boleyn.”

“You won’t let me be the home-wrecker you executed for incest and treason? Oh, Lord Yoshi, I beg of you, please reconsider.”

“That’s King Yoshi to you.”

“In your little drummer boy dreams.”

“Gotta say, I’m surprised you know who Anne Boleyn is.”

“We were
both
cursed with a foster mom obsessed with historical romances. Looks like I’m not the only one rummaging through her bookcase late at night.” She nudged him.

Yoshi chuckled, shifting on the rickety Brooklyn rooftop. The loose slats wobbled under his back as he bent his knees, planting his Chuck Taylors while circling the full moon with his hazel eyes. “For real, though. This audition tomorrow? It’s going to change everything. I can feel it. Grammys in every category, on my first album alone. First artist asked to play the Super Bowl five years in a row. I can already see my name in flashing lights. When I die, the whole world will say my name, sing my songs. No one will ever say they didn’t love Yoshi.”

“An audition to play drums in a rock band is going to get you all that? Keep the dream alive, I guess?”

“Stop hating.” His voice lowered. “I’m taking you with me.”

“I’m going to make him regret the day he gave me up. Once I’m a star, it’ll
choke
him in his sleep. He’ll wake up in a cold sweat in the middle of the night, every night, for the rest of his miserable life.”

“How can you be so angry at someone you barely knew?”

“You didn’t know yours, but I knew mine. Even if only for a little while.”

“Still. Even if I did know them, I’d never give them the satisfaction of knowing they hurt me.”

Yoshi didn’t respond. He rarely did when their conversations veered in this direction. “Whether or not I get this gig tomorrow… I’m not coming back. I’m
never
coming back here.” A lump moved down his throat as he turned his head against the slats, studying her chocolate profile. He twirled the lime-green string tied around his wrist. “Come with me.”

Aria craned her head towards him, causing the shingles to sing out as she tossed him a stunned look. “What?”

“We’ll sing our songs in every city in the world, live in a mansion in LA, eat gelato in Rome, and ride the London Eye to the very top.”

“You always wanted to ride the London Eye.”

She licked her lips as if she could taste that dream, one of her biggest, on the tip of her tongue.

“Come with me, Aria. We’re both eighteen this year—about to be thrown out on our asses anyway—so… come with me.” He caught her gaze, whispering, “Who’s a king without his Anne Boleyn?” When her silence prevailed, Yoshi faced her completely, a frown overtaking his face. When he reached for the patch covering her left eye, he froze, running the pads of his fingers over it instead. “Or would you rather stay here and let that bastard dislodge the right eye too? All while collecting a government check every week?”

Aria slapped his hand away when he tried to lift her black eye patch, and then shoved him with all her might.

Yoshi took the push with a smirk, recovering in seconds.

He reached for the eye patch again. That time, she didn’t stop him. He lifted it and fought back the urge to react. One dark brown and the other cloudy blue Aria’s eyes didn’t just contrast against one another, but against her ebony skin as well. Sometimes, Yoshi noticed, she stopped people dead
in their tracks. On the rare occasion she didn’t wear that patch, he had to put in extra effort not to stare himself.

But he wasn’t staring for the same reason everyone else was. He didn’t stare because she had one blue eye and one brown. He stared because he could still remember the day when they’d both been the same.

He could still remember the day the left one changed.

Aria suddenly sucked in a breath and slapped his hand again, causing the patch to fall back over her eye. She adjusted it with a huff.

Unmoved by her annoyance, he bopped his hand on the curly black puff she’d tied at the top of her head. He hated seeing her hair restrained. When it was free, it fell down her back, so explosively thick it surrounded her dainty head like a cotton crown, making everything about her seem regal, larger than life—her full lips, her heart-shaped face, and her doe eye. To him, her hair was the most beautiful thing about her. It baffled him that she went out of her way to wrestle it into a rubber band every morning, controlling it,
containing
it.

He bopped her hair again, knowing how much she hated it. He expected the fist she sent flying into his shoulder, and took advantage of her distraction by cupping her jaw.

The move froze her in the midst of her second punch, her fisted hand melting against his shoulder.

His thumb stroked her high cheekbone, and his breathing became labored. Faint. He felt his eyes grow small, heavy, until he was unable to stop them from falling to her lips. His chest rose at the sight, the bed of his thumb stroking the pouty maroon pillows against his will.

Aria began to pant as his fingers whisked her lips, her brown eye growing wide. “One…” she breathed.

Yoshi frowned when her lips parted. It felt like an invitation, and it took everything he had to croak back, “
Two
….”

They leaned in, their warm breath meeting in the space between their lips. Aria’s jaw went slack, the tip of her tongue subconsciously wetting his thumb.

“Three,” they gasped together, before they both pulled back.

Aria scooted away, causing Yoshi’s hand to fall from her face. He let it hit the roof, a grimace tightening his brows at her retreat. Blinking back to the present, he tugged at the zipper of his jeans, suddenly constricted, hoping she wouldn’t look down.

She didn’t. Instead, she fell on her back and gazed up at the moon, her chest still expelling air a little more rapidly than normal.

“I’ll burn this house down,” he whispered to her. “I’ll burn it down, and we’ll run away. Never come back.”

“Shut up. You’re not burning anybody’s house down—” Aria’s words were cut short when Yoshi stood and moved towards the old house.

He crawled inside the second-story window, disappearing for several minutes before reappearing with a canister of lighter fluid in his hand. Holding Aria’s smiling eye, driven on by her boisterous laughter, Yoshi circled the roof, squeezing the can as he went, lining every corner with the fragrant fluid. When he was done, he cradled the can under his arm, went into his back pocket, and produced a matchbook.

When he struck a match, Aria screamed out his name.

“I’ll do it.” He crouched down and lowered the match towards the liquid he’d just spilled. “I’ll set this bitch on fire.”

“Not with us on the roof, you
dumbass
.”

“Then say you’ll come with me.” He brought the match mere inches from the liquid.

He lowered the match farther. The flame licked at the wet wood, setting off a small spark.

“I’ll go with you!” she screamed, voice shrill enough to wake the neighbors. Luckily, their neighborhood wasn’t exactly upper-class. Most of their fellow residents were
lulled
to sleep by the noises of the night, not the other way around.

Holding her eye with a smirk, Yoshi brought the match to his lips, gave a huff, and killed the flame. White smoke billowed from the tip as he nodded towards the ladder leaning against the roof, leading to the tattered grass below. “Right now…”

“But… graduation. It’s next week. I haven’t even
packed
.”

“Fuck graduation. And you don’t need those hand-me-down clothes, either. When I’m rich, I’ll buy you new ones. Nice ones. You think I won’t take care of my Anne Boleyn?”

“If you don’t stop calling me Anne Boleyn….”

Yoshi sighed and lit another match.

“You went too far with the trashy romances. I don’t think I’ll make it without them.”

“You’re…” His eyes fell, unable to laugh at her joke as he struggled to finish. “You’re all I got, you know?”

He lifted his eyes, and they glimmered in hers. His cheeks warmed, and he broke their gaze again.

“Won’t you miss it, even a little?” she asked. “Sitting on the roof every night? Talking to the moon?”

He raised his eyes to said moon. “As big of a star as I’m going to be, that moon will follow me
everywhere
I go, and so will the rest of the world.”

With those words, Aria let Yoshi lead her down the ladder and into the front yard. Yoshi continued squeezing the lighter fluid into the neglected grass, which was tall enough to tickle their knees.

From the sidewalk, they stared up at the dark, rickety house—the house their foster mother had vowed to make a home.

It was home. In the strangest way, it was.

Stepping forward, he tossed the can and struck another match, illuminating his heated hazel eyes.

Feeling Aria’s eye on him from behind, he flicked the match and watched it fall. The flame snatched at the lighter fluid he’d sprayed in the grass, moving towards the house. The blaze grew rapidly, surrounding the porch, climbing the pillars, drinking in every inch of wood before climbing to the second level. In mere moments, the house was engulfed, and as he looked over his shoulder and caught sight of Aria behind him, lifting the patch from her blue eye to take in the inferno, he realized the truth.

That house wasn’t his home.

Trapping his bottom lip under his teeth, he flicked his middle finger towards the burning house, backing away.

Her laughter filled the air almost as softly as it filled his heart.