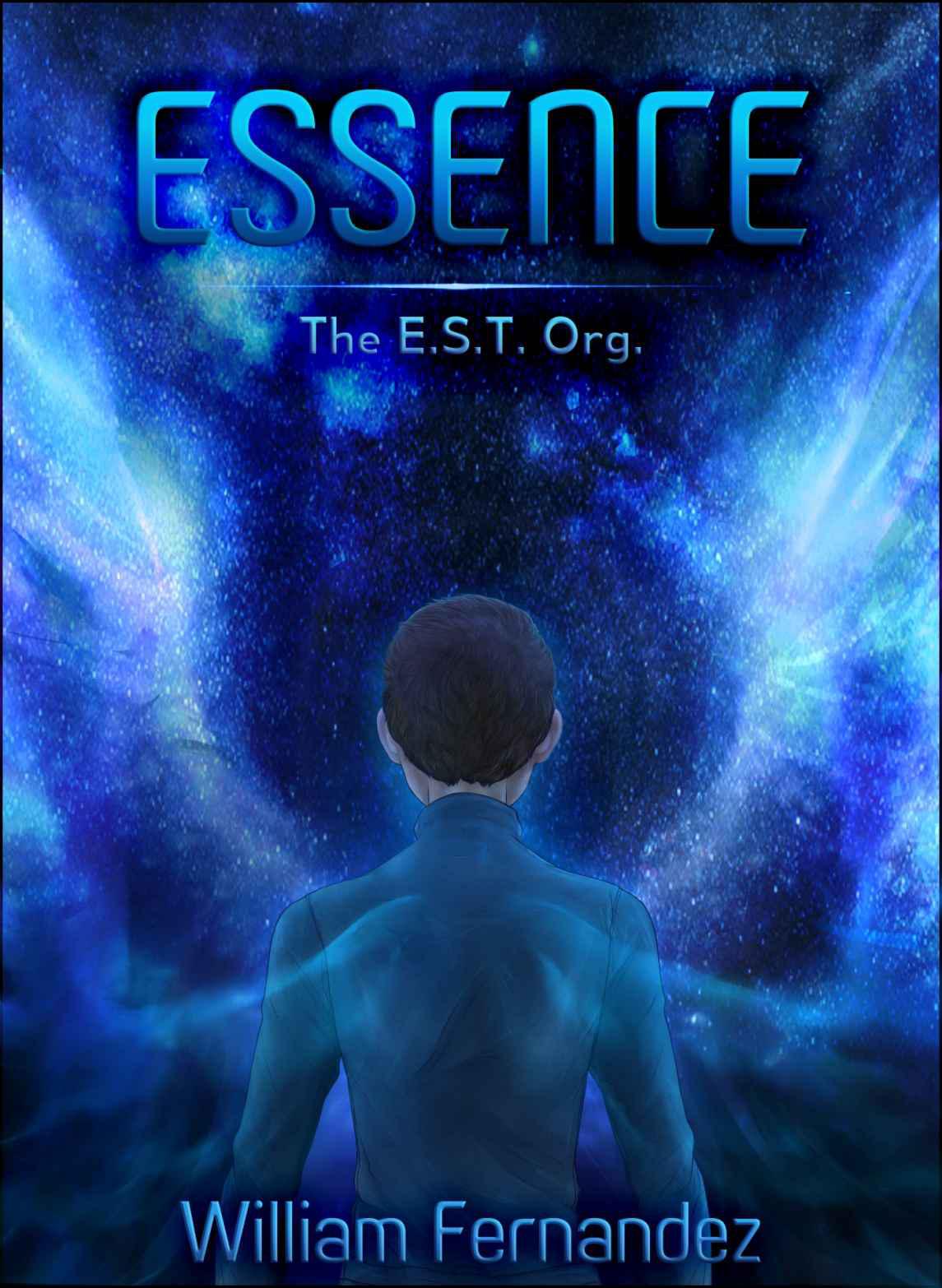 To Nicky - The inspiration for it all.

To Willy and Isa – Two stars who light up my sky every day.

To my awesome partner and wife. Thanks for all of your constant support and putting up with me. Love you tons!!

-
As written by my editor and wife, although I do love you tons.

Thanks to Wayne Dyer. I didn’t die with my music still in me!

It was kind of a cool, dewy morning where Nicky’s family had rented a cabin. It was nestled in between breathtaking mountains, a glistening river, and majestic trees that stretched beyond the human eye. He swore he saw a light out there, and he just had to walk towards it. Suddenly, he heard what sounded like an eagle. It was one of the strangest things he had ever heard … and then it happened.

Nicky saw a large opening in the ground. It was about six feet in diameter and level to the ground. Nicky got on his hands and knees to peek inside. “Cool, looks like a cave!” Suddenly, the earth gave out beneath him and he began to tumble down. He fell straight down into the cave until finally, he stopped.

“Ow! Man that hurt.” He slowly got up rubbing the back of his head.

When he looked up, he could see what looked like bones. He wasn’t sure if they were human or animal bones in the darkness. He was scared and thought just for a second,
“I should probably get out of here.”
But Nicky wasn’t really that type of kid, so further into the cave he went. What he saw amazed him. Blue, glowing artifacts that looked like Native American weapons surrounded him. He just had to touch – that’s the last thing he remembered.

Nicky woke up groggy. “Uhh … what happened? Oh no.” He looked at his watch. “Mom and Dad are going to kill me!” It was almost 10:00 p.m. He ran back home. The scenery was passing him by like a blur. “
Maybe the fall made me dizzy
,” he thought. “I can’t think about that now; I have to get home.” When he got back, he saw several police cars outside the cabin.

As he ran to the front door, he heard a scream. That was his mother and his teary-eyed father happy to see him. They hugged for what seemed like an eternity.

“What happened?” his father asked.

“I’m sorry Dad. I fell into a cave, saw some strange things, and then kind of … passed out.”

“Did you hit your head?” Dad asked.

“I don’t think so, but it was the coolest thing. All of these bones and these blue glowing weapons were everywhere! Well … I think they were glowing. I remember something glowing, but that’s all I remember.”

Nicky’s parents have always known about his great imagination, but they were just so happy he was safe. After all of the police left, they hugged once more. Nicky promised to never let something like this happen again. But knowing Nicky, he will definitely get into another adventure. They all had an exhausting night and went straight to bed.

Nicky woke up feeling incredible. Maybe it was the twelve hours he was out. It was close to noon.

“Man, what a night!” He rolled out of bed, walked into the bathroom, picked up his toothbrush, and right away it snapped in his hand. “
What the? Weird
,” he thought. He stared at it for a while. Although the toothbrush broke, he was happy. He hated to brush anyway. He decided to run and hug his parents. “
Man, how’d I get so fast?
” he thought. “
I need to sleep twelve hours all the time
.”

Nicky ran to give his mother a hug. His mom was wearing a dark brown shirt and boxers that almost matched her wavy, long hair and eye color perfectly. Nicky’s own hair and eyes made the family resemblance unmistakable. She was startled to see him. As he hugged her, he heard her back cracking. “Ow! Nicky, take it easy, you’re going to break my back.” She was puzzled.

Nicky then ran to his dad who was in the bathroom. The same thing happened with his dad as he was shaving his head and face. “Ouch! I’m happy to see you too, buddy,” his dad exclaimed as he looked at Nicky with his deep, grey-blue eyes.

At that moment Nicky felt strange, somehow connected to the earth and the animals outside.

The family sat down at the kitchen table a few minutes later to eat an organic spinach and egg omelet. Nicky’s mom was a bit of a health nut.

Nicky felt compelled to ask a question. “Dad, can we go see bears and buffalo? Can we please?”

His parents stared at him stunned.

Nicky wasn’t exactly the outdoorsy type. He was more of the stare at the TV connected to the Xbox for hours type. Although, he was slender at five feet five inches and 120 pounds, his parents believed that he was skinny from all the calories he exerted speaking all the time.

“I sense them,” Nicky responded.

“I wonder how hard he hit his head,” Nicky’s mother whispered to his dad.

“Okay Nicky, let’s see if you really know where they are,” his dad said obviously not believing him.

As all three of them got into the car, Nicky noticed that he could hear all of the wildlife around them so much more clearly than he ever had before. And strangely, he almost understood some of the noises.
“This is so weird,”
he thought.

Nicky’s dad followed his directions. Nicky was amazed at the beauty around him; the mountain scenery is nothing like the flat lands of Florida he was used to.

Twenty minutes later, there they were, surrounded by the majestic scenery with buffalo all around them.

“Really!?” Nicky’s dad was even more puzzled. “
That’s impossible
,” Nicky’s dad thought. “Well, did you know they were hunted almost to extinction?” Gill, Nicky’s dad, liked to throw in some trivia every now and then to show how smart he was.

“I know Dad. I have read a few books,” explained Nicky.

Unfortunately for his dad, sometimes his trivia nuggets didn’t always work out.

But, before she could even hear the answer, Nicky had thrown open the door and was just below the eagle’s nest hundreds of yards away.

When his parents finally caught up with him, his dad asked, “Did you eat your Wheaties today or something? Man, you need to start track when we get home.”

Nicky knew something very strange was going on, but still all he thought to himself was,
“This is so cool!”

In an instant, Nicky was twenty feet up in the tree.

“Nicky, get down! You’ll break your neck if you fall!” his mother yelled.

He thought for a second of disobeying his mother. Nicky was fourteen now, but he was still a little afraid of his mother’s temper, even with the conservative glasses and standing at only five feet four inches. She was shorter than he was, but she was tough.

“Okay Mom, I just wanted to talk to them.” At this point, his parents were beginning to get concerned.

“Gill, do you think he hit his head in that cave? Maybe he has a concussion,” his mother questioned.

“I don’t know. He is acting awfully strange. Maybe we’ll take him to the doctor when we get home. But, that doesn’t answer his speed or strength or how he sensed the bison? Maybe something strange did happen to him in that cave,” Nicky’s dad wondered.

“What do you mean strange? He just hit his head. He must be suffering from a concussion or something, and I’m worried about him,” his mom responded.

“I know you are, Mara.” Nicky’s dad thought his mother, Mara, always had to worry about something.

“Why don’t we take him to the hospital for some scans,” his mother suggested.

“Don’t worry so much. I doubt he even hurt his head.” As Nicky’s parents were lost in all of the ‘what ifs’, Nicky was in a stream trying to catch a fish with his bare hands.

“Hey Mom, Dad, I caught one with my bare hands!”

Nicky turned around and lifted his arms.

“Ahhh!” his mom screamed and his dad gave him the ‘what the hell look.’ You know the look, the kind only a shocked father can give. Nicky was holding the large salmon in his bare hands.

“Buddy, put that back,” Dad said as he shook his head. “We’re going to KFC later. Salmon is not on the menu there,” his dad said.

“Sure Dad.” Nicky started to think,
“Maybe I could just take one bite. This is so weird but I bet it tastes like chocolate cheesecake. One bite won’t hurt.”
He discreetly took a huge bite. “Oh yeah! It tastes even better than chocolate cheesecake.” The sight of a half bitten, bloody salmon sitting in his hands didn’t bother him one bit. “
Maybe I’ll just keep this to myself
,” Nicky thought.

After they all piled into the car, Nicky’s dad was still curious.

“How did you do that buddy?” his dad asked puzzled.

“Huh, okay I guess. Well, did you know salmon can travel up to 3500 miles to spawn? And they can lay up to 7000 eggs?” His dad felt compelled to drop a little trivia.

“No, that’s cool. But I do know that they taste delicious,” Nicky responded.

“Well, let’s go!” Before driving off, Nicky’s mom and dad looked at each other a little dumbfounded after what they had just seen.

On the way to KFC, all Nicky could think about was salmon. “Dad? How about Red Lobster instead? They got great salmon I hear.”

“No Nicky, I’m in the mood for chicken,” his dad answered. “Hmmm … Maybe we should get him looked at.”

“Really? Now who’s worried? I could just make him a salmon burger when we get home,” his mom smiled and winked at his dad.

Yes, Master by Margaret McHeyzer
Emily Goldberg Learns to Salsa by OSTOW, MICOL
Desired: The Untold Story of Samson and Delilah (Lost Loves of the Bible) by Garrett, Ginger
Blood and Salt by Kim Liggett
Fire Sea by Margaret Weis
Under the Skin by Nicki Bennett & Ariel Tachna
Flirting with Felicity by Gerri Russell
Trapping a Duchess by Michele Bekemeyer
Marilyn Monroe by Barbara Leaming
The Harbour Girl by Val Wood