Every Which Way (Sloan Brothers) 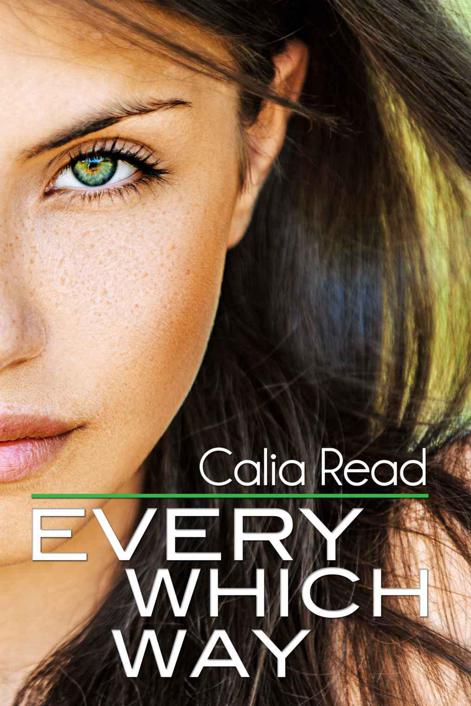 Everything in life came down to choices.

It was always a general thought that the larger decisions held greater consequences, but if you really thought about it, so did the small ones.

The fresh scent of coffee dominated the room. Severine took a deep breath and leaned back into the couch with a smile. The aroma always offered her a sense of comfort and left her feeling warm and sated.

She placed her cup onto the table in front of her and looked down at the textbook in her lap. The quiet environment merged with the soft music playing, helped Severine tune everything out and focus on her never-ending studies.

The leather across from her creaked and she looked at her friend Lily, who was slithered deeper into the chair. It looked like the world’s most awkward position.

“Umm...what are you doing?” Severine asked with a smirk.

Severine looked around the coffee shop, at the people sitting around them. There were only two other customers. One was some emo dude in the corner, brooding over a notebook, probably writing heartbreaking poetry over the turns in his life.

The other, a middle aged woman, sat in the center of the coffee shop and pretended not to be reading the romance novel in front of her. It was highly doubtful Lily was hiding from them.

“Who are you talking about?” Severine asked. She placed her books next to her on the couch and leaned closer to her friend.

Lily made a frustrated noise and motioned with her eyes for Severine to turn around. “You idiot,” she said through clenched teeth. “Look. At the cash register.”

“If you can see them then why are you asking me if they’ve left?”

Lily ignored her and shifted in her seat. Her entire face was covered with the nearest magazine. Too bad she picked up the one titled Maxim. The cover featured some gorgeous, pouting actress. Her fingers were hooked around her lacy underwear, and somehow her white blouse was magically open, showing off her cleavage.

Keeping it classy for the world
.

Severine, ignoring her friend’s request to act nonchalant, simply turned around to stare curiously at the three males ordering drinks. The trio was unaware of the gawking. Severine kept it that way and turned back to Lily with her eyebrows cocked high in confusion.

“I made out with the buff one last year,” Lily whispered.

Severine’s mouth formed a perfect O. She quickly slid closer to Lily, away from the guys at the register. Lily kept her face buried in the magazine, and Severine yanked it away. “Talk. Now.”

Lily shrugged like it was no big deal. She was still hunched in her seat like a paranoid escapee. “I was really drunk. I think I spent the evening trying to get his friend, Thayer’s, attention but I ended up with Chris instead. Not a bad second place if I do say so myself.” Her eyes danced impishly.

Severine gawked at Lily with surprise. The sweet, gentle blonde sitting across from her never got drunk and certainly never made out with random males, no matter how yummy they looked. But then again, the girl in front of her now wasn’t the same one that grew up in a strict, religious family. Naïve Lily was shed the minute they slammed the trunk of her car and drove out of their small
Iowa
town. This was her time to be free and she was coming into herself. Severine was glad they were on this journey together.

“Which one is Chris?”

She went to turn around, but Lily grabbed her arm quickly. “Don’t turn around,” she warned.

“Come on! I need to see this random dude that my shy Lily made out with.”

“That’s just it. He’s a random dude. Nothing much to say about it.” Quickly, she glanced up, her eyes drifting past Severine. “But Thayer isn’t random. That dude’s a freakin’ legend.”

“Legend? So he’s a thing of the past? How long has he been in college?” Lily stared at her blankly. “Oh God, don’t tell me we have a Van Wilder on our hands!”

“Not that kind of legend! He’s amazing at sports, came here on a basketball scholarship—”

“I stopped listening at sports,” Severine said dryly. “For being a ‘legend,’ I’ve never heard of him.”

Lily threw her hands in the air in a gesture that said, ‘how’s that my fault?’ “Maybe you’ve never heard of him because you were absorbed in some other dude that week, or month, or whatever the hell you were doing.”

Severine ignored her friend’s words. “Am I allowed to look at him? I need to see how good-looking this Chris and Thayer are. My hot-guy tracking system has never steered me wrong.” Lily nodded her head in defeat.

Severine anxiously turned, not caring if she looked like a stalker. She glanced at ‘Thayer the God,’ and it became obvious why he was here on a basketball scholarship.

If any guy stood over six feet she was elated, and this guy seemed to surpass her height requirement easily. She could wear any Jimmy Choo heel available and still feel tiny. Severine glanced at his faded, dark green shirt. It embraced his shoulders perfectly, showing just how much muscle was withheld from sight. Truthfully, even if he were wearing a cut-off with creepy pictures of wolves on the front and a fanny pack wrapped around his waist, it wouldn’t matter. She’d still think he was drool worthy.

His head moved up and down as he spoke with the server. Severine watched as he reached toward his back jean pocket. A feeling of warmth consumed her body and quickly spread throughout.

There was something teasingly dangerous about watching him. He could turn around and catch her red-handed, and Severine secretly wanted him to do just that.

Her eyebrow rose as she watched him reach for his wallet, his actions inciting the muscles cording up his arm to spring against his skin. Even from where she sat, she could see the rough appearance of his hands. It shaped quality for any guy, showing just how active he was in life. This guy
looked good—better than good.

She turned back toward her friend and was met with a smug gri
n. “Am I right? Or am I right?”

Severine gave a brisk nod. “Not bad.” She tried to character someone uninterested. If she was even remotely believable, she should consider changin
g her major to creative arts.

“Not bad? The hot Calvin Klein models we taped in our lockers in high school were not bad.” Lily inclined her head in Thayer’s direction. “That’s look-at-the-sky-and-scream, ‘Thank you God,’ as loud as you can!”

Severine grinned at Lily’s example. “So is the dude a man slut?”

Lily sipped her coffee. “I have no clue. I don’t remember much about that night, but I’m pretty sure I almost vomited all over his shoes.”

“Now do you understand why I kept that night to myself?”

“I can see how that might be marginally embarrassing. How have I not seen this crazy, wild side of you until now?” Severine asked with raised brows.

“It was a one time thing. Honestly. If only my life was that exciting.”

“Was I with you?” Severine asked.

Lily frowned over at Severine and tightened her loose ponytail. “Of course, but you were dancing with some guy.”

“I just don’t know if I can trust you anymore,” Severine said, faking a sad voice. “What else are you hiding from me? When you say you’re going to the library, are you really meeting up with these gorgeous hunks?” Severine glanced at Lily mischievously.

“Please. You know if I was meeting up with any gorgeous guy at the library I’d flood your inbox with texts.”

Lily once again hid her face from view. Only this time, she actually read the titles on the magazines before grabbing one. Severine ignored the books around her and spun back toward the front counter. Her name would be the first listed underneath the group, ‘Gawkers and Proud!’ It was more than rude, but if her name were written down first, Thayer’s name would be listed next because he was staring right back, carefully scrutinizing her.

To Severine, his expression was blank—spotless and clean. She wondered what it would be like to create a mess in his eyes, to leave an imprint. She was willing to lay money down that she’d be the first.

Her thoughts bolted in different directions, but all she wanted was to focus on the unspoken challenge between the two of them.

A muscle in his jaw ticked and Severine smirked. She knew what he’d be like. Being near him would start out as a rollercoaster ride—her nerves would be frayed and she’d be completely terrified. With every inch toward the sky, Severine would want to be back on the ground.

Then the ride would take off. She’d have no time to think. The ride would direct her body which way to go, and her stomach would drop at the rush of speed. Her eyes would be clenched tightly because she’d be too afraid to look around. At the end, everything would slow, and it would all be over.

With her pulse racing, and a high running through her system, she’d walk away, swearing she’d never return. But she would come back again, and again. Anyone would.

His name was called and he turned. Their gaze was broken, and Severine felt victorious.

Lily was texting on her phone, completely lost in her own world. Ignoring the pile of massive textbooks sitting next to her, Severine picked up the newest Marie Claire instead. Every few pages she’d pause long enough to flick a glance over her shoulder. During the fifth glance, she spied Thayer walking through the door, followed by two guys—one who looked like he had more muscles than brain—probably Chris.

The third male, his hair covered with a baseball cap, looked familiar. Severine was positive he was in her Lit 105 class. He sat near the front and never talked to anyone. She watched as he turned around and held the door open for a stranger. His face was nothing but sharp angles, and the dark stubble scattered around his chin and cheeks intersected any ability of his face being too pretty.

His back was pressed against the glass door as he looked at Severine. His focus was centered at her eyes, and his gaze seemed to spotlight every hidden secret she kept private. His lips kicked up in a grin, and her heart came to a grinding halt.

The bell attached to the door jingled loudly, announcing she had lost that round. Her high from Thayer had vanished. Severine now knew what it was like to feel cold and hot at the same time. The sensation was consuming. She looked down at the couch and blankly followed the cracked lines of the leather.

Of course he was
.