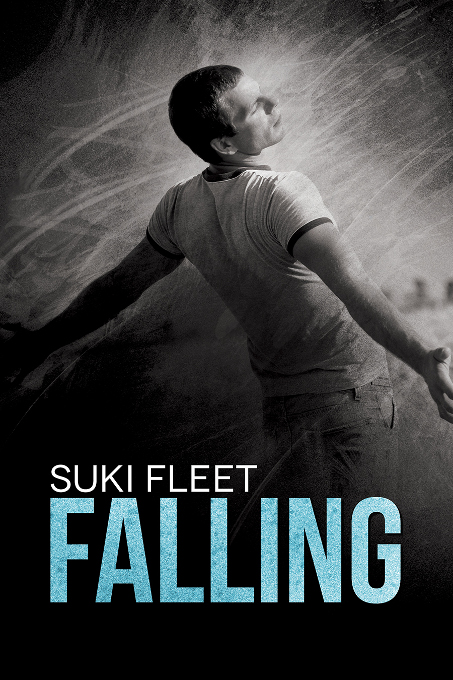 “In the best possible way, Suki Fleet has a vise-like grip on my heart… the story is rich and powerful and ultimately hopeful.”

—Boys in Our Books

“…readers looking for an emotional journey in an alternative tale will find it here.”

“It was wonderfully written and the emotion was there, I also enjoyed the story…”

“…the author did a beautiful job of creating a set of imperfect characters that work perfectly together. The story is engaging and tinged with suspense.”

“Such a lovely story and told in a way that captures the emotions beautifully. The characters are wonderful…”

—Because Two Men Are Better Than One

This Is Not a Love Story 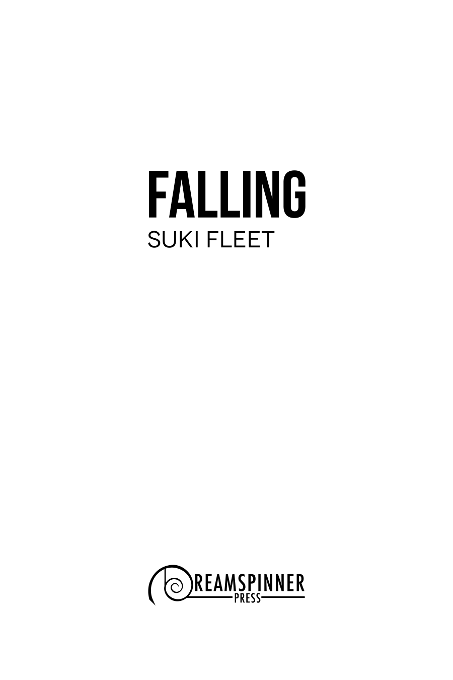 I stick my head around the stockroom door and just manage to duck in time as Soren flings a heavy black shoe at me. It hits the door and lands at my feet.

Even from across the shop floor I can see his sleek pierced eyebrow raised in challenge. “Can you see if there are any size nines in there while you’re
hiding out
in the stockroom?”

I narrow my eyes. I am
not
hiding out.

Soren’s just pissed because I left him to cope on the shop floor alone for the past half hour while I tried—and failed miserably—to deal with a small problem I have back at home.

I know I only half explained it to him but, damn it, it’s
complicated
.

Sighing, I pick up the brogue and scan the shelves for a nine. There’s one box left, tucked snugly next to the ceiling. Out on the shop floor, the phone next to the cash register is ringing. I decide it can wait and head toward the kitchenette to get the ladder. The shop is long and narrow, and the kitchenette is at the very back—a broom cupboard with a small sink and a kettle, though both are inaccessible with the ladder in the way.

Rolling my eyes, I abandon my quest for the ladder and march back to the stockroom. I shove open the heavy door that separates the stockroom from the shop.

Soren is now crouched on the floor, measuring some tall kid’s foot with enough concentration, you’d think he was calculating its surface area. He brushes his caramel-colored hair out of his eyes as I walk past, and I know he is watching me. I just wish it were for any other reason than the fact that he’s pissed off right now.

Taking a deep breath, I smile tightly and pick up the receiver from behind the counter.

“Minstrel Shoes, how may I help you?”

“Josh, you said… you said you were going to call me back.” Angus’s voice has an edge of desperation to it even though I only spoke to him a few minutes ago, and I did not explicitly say I was going to call him back.

Soren is going to kill me for taking personal calls on the shop floor, but I guess Angus called me on this number because I switched my mobile off.

“We close at five thirty today,” I improvise.

“Angus, I’m at work!” I hiss, trying to shield my mouth with my hand.

“She says… she says she needs something for self-defense….”

I sigh heavily. Angus usually copes fine until Eleanor gets out the knives.

He makes a strangled noise that sounds almost like a sob, and I realize me being all annoyed with a stressed and decidedly unworldly eighteen-year-old is not going to help at all, so with a groan, I give up.

“Put her on,” I say, running my hand down my face.

Behind me, I can feel Soren’s blue eyes burning holes in my polyester work shirt. I know I’m not dealing with this situation too well, but everything that has happened is not exactly my fault.

The voice at the other end of the line hums softly in response.

“Eleanor, it’s okay. You’re safe. Everything is okay. Angus is there. He’ll look after you, and I’ll be back later. You’ve got to put the knives away. We won’t let anyone hurt you, okay?”

“You promise you’re going to come back and take care of everything?” she whispers eventually.

I close my eyes.

“I promise,” I say gently, meaning it as much as I can. I’m just not sure what the
everything
is that she wants me to take care of.

I tell her I’m going to finish up as soon as I can—which isn’t really a lie. There’s just no way I can leave early. Then I gingerly put the phone down and escape back to the stockroom before Soren can say a word. I retrieve the ladder from the kitchenette, get Soren’s size nine brogues down, and make myself the epitome of helpfulness on the shop floor for the last hour before we close. Admittedly we only have another two or three people wander into the tiny old-fashioned shoe shop during this time, but I do all the annoying overfriendly crap we have training videos about, and that must count.

“J
OSH
.” S
OREN
grabs my arm to stop me escaping as soon as it’s five thirty. It’s as though he has a sixth sense. “You’ve got to deal with this—” He gestures as if he can’t quite think of the right words. “—
problem
outside of work hours.”

We’re the only two closing up, so running for the door and leaving him to lock up by himself wouldn’t really have been fair.

I lock the back door and hand him the bunch of keys.

Soren flicks off the lights.

“Unfortunately, life doesn’t just stop and wait until it’s convenient,” I say, watching the motion sensor in the corner of the shop flickering in the dark. I’m tired, weary.

“I fail to see why your neighbor being burgled is stressing you out so much.”

“Eleanor has been like a mother to me since I moved into that flat and Angus is really just a kid. What am I supposed to do? Leave them to it?”

Soren sighs, flicking his lip ring with his tongue. I wish he wouldn’t do that. It’s incredibly distracting.

I run my hand through my hair and try to guide my thoughts away from that dangerous path. Soren is over the other side of the damn fence and off-limits in more ways than one.

Technically he’s my boss, and despite being a dick sometimes, he’s okay. It helps that he’s completely, distractingly crushable, and that I’ve probably got enough shit on him and his weed habit that if there were any trouble between us, he would never dare make anything official. I’d never bring that up, though. I’m not like that. I mean, I’d hate for there to be any bad feeling between us. We’re sort of almost friends. I think. Though I can’t remember exactly what it’s like to have friends anymore.

We exit the front of the shop, and together we pull down the heavy metal shutter and lock it to the floor.

“It never occurred to you that this isn’t your problem?” he says, looking at me steadily as he unfolds his long limbs and stands back up.

“What? How can I walk away from her with a clear conscience when she needs me? Could you?”

“I mean,” he says cautiously, “from what I heard you saying on the phone, she doesn’t sound very mentally stable. Don’t you think someone more qualified than you should check her out?”

Accidentally the Sheikh's Wife by Barbara McMahon
Mad Dog Moonlight by Pauline Fisk
Zandru's Forge by Marion Zimmer Bradley
Truth Be Told by Carol Cox
Letters from Palestine by Pamela Olson
Jonathan Kellerman_Petra Connor 02 by Twisted
Angel of Death by Charlotte Lamb
Victory at Yorktown by Richard M. Ketchum
The Reckoning by Kelley Armstrong
The Tragedy of Arthur: A Novel by Phillips, Arthur