fate of the alpha - episode 3 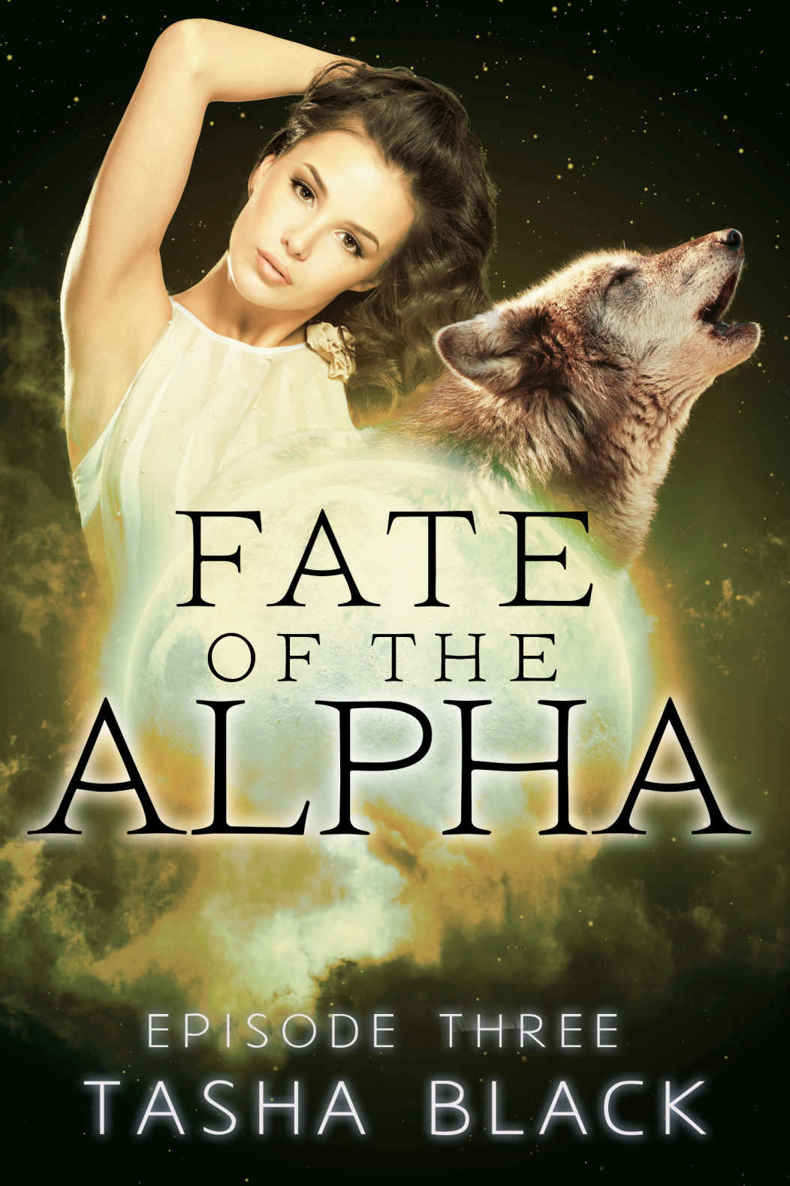 FATE OF THE ALPHA: EPISODE 3

Fate of the Alpha: Episode 3

Copyright © 2015 by 13th Story Press All rights reserved. This book or any portion thereof may not be reproduced or used in any manner whatsoever without the express written permission of the publisher except for the use of brief quotations in a book review.

FATE OF THE ALPHA: EPISODE 3

T
he Thrilling Conclusion to the Fate of the Alpha Story!

Ainsley Connor
wants to protect her pack from the ancient evil in Tarker's Hollow. With her magic and her wolf finally working together, she just might have a chance. But even if she does, the pack elders threaten to disband the Tarker's Hollow pack.

Erik Jensen
, torn from his place at Ainsley’s side by pack politics, finds himself at the center of a mystery that might just hold the key to saving Tarker’s Hollow. The real challenge might be surviving long enough to share his revelation.

Grace Kwan-Cortez
has finally accepted her feelings for Julian. But when she finds out he's been keeping secrets, her newfound bliss turns out to be short-lived.

J
ulian Magie
has a job to do. When he comes face-to-face with an ancient enemy, he must choose between duty and love.

A
low growl built in Ainsley’s throat as she set Camilla Parker Bowles down on the grass. What the hell were these two doing back at her house? And why was Charley carrying a shovel?

Camilla Parker Bowles made a bee-line to the rhododendrons in the flower bed.

Ainsley finally realized what the little dog had been trying to tell her all along.

Sadie had buried the key in Ainsley’s rhododendrons.

Ainsley knew every second counted. She needed to get the key before the warlocks did, or risk the whole future of Tarker’s Hollow.

Charley was already at the edge of the flower bed, bending over to see where the dog was digging.

She could blast him, but she didn’t dare use her magic in front of Ophelia.

Garrett began to murmur a familiar spell at Ophelia.

Ainsley had just enough time to protect her alpha.

Or to protect her pack.

A
insley summoned her magic with an evocation so powerful, she felt like a black hole trying to suck in the sun. She didn’t want to reveal her magic in the presence of a Federation alpha, especially one with the power to disband her pack for such a grievous act, but she was left with no choice. Before the light ball could fully form in her hands, the words slithered out of Garrett’s mouth.

Ainsley recognized the spell – the one that stopped wolves from shifting. Garret had aimed it directly at Ophelia.

She didn’t even try to dodge.

Could Ophelia’s reflexes really be so slow?

The alpha of alphas only gazed coldly at Garrett, her pale skin glowing in the moonlight and her dark eyes glittering with satisfaction.

The brilliant wave of red magic washed over Ophelia’s unmoving form, wrapping her in its malevolent embrace.

She gave a small shudder, like a dog shaking off a wet coat, and the magic rose off her in a hissing crimson fog.

Ainsley was riveted, trembling with amazement at her alpha’s mightiness.

Ophelia remained still, but her eyes flashed a deep amber, like honey on fire.

Garrett sucked in a breath and began to draw his form inward.

Ainsley clenched her fists. She had seen Garrett do this before. He would collapse into a covey of inky black birds and elude their grasp once more.

Ophelia crossed the front yard so quickly that even Ainsley’s own alpha senses could barely follow. When Ophelia reached Garrett, she clutched the warlock’s lapels in her long fingers and yanked the pulsing blur of birds back into a man shape.

No sooner did the shape have a mouth, than the lips began to move, forming another spell.

Ophelia lowered her gaze, then once again, pulled hard on his lapels, thrusting the crown of her head forward as she yanked him in.

Garrett’s jaw snapped with a loud crack of bone and teeth, and his spell dissolved into an inarticulate gurgle.

All of a sudden, the rich smell of overturned soil pulled Ainsley’s attention back to the rhododendrons.

To her horror, Charley dug frantically under the foliage. She couldn’t let him get to the key first.

Ainsley knew the price she would pay if she used her other gift. Wolves hated magic. There was no way Ophelia would let Ainsley remain alpha once her secret was out. But there was more at stake here than that. Ainsley gritted her teeth and pictured her high school self throwing the perfect softball pitch as she let loose the ball of energy that still hovered at the tips of her fingers.

The visualization trick Grace taught her worked like a charm. The blue sphere flew out of Ainsley’s hands, knocking Charley off his feet and sending him sprawling halfway across the front yard. He skidded to a stop when he hit the boxwood hedge.

Ainsley darted into the rhododendrons and began to dig with her hands in the spot Sadie’s dog, Camilla Parker Bowles, always seemed drawn to.

The rich black soil soon packed under her fingernails, slowing her progress. Her human hands just weren’t meant for this type of work, but she couldn’t risk shifting, she might need her magic again.

Ainsley continued to scrape futilely at the hard packed earth. As she dug, she imagined the effectiveness of her wide, strong wolf paws. To her amazement, her hands began to sprout silky red fur. She continued her work as they melted into the powerful claws of her wolf, while the rest of her held onto her human form.

That was a new trick. She’d never seen anyone partially shift before. Was it some sort of alpha ability? Being a wolf really needed its own instruction manual.

Ainsley dug furiously, chunks of loose dirt spraying in all directions, until her paws scraped against something cold and hard.

Working as carefully as she could without slowing down, Ainsley uncovered what turned out to be a metal lunch box. She allowed her furry, dirt-caked paws to slip back into human hands and lifted the box from the hole.

For an instant she was dragged back to the memory of another buried lunchbox. When they were kids, she and Erik had dug a big hole under the sycamore and stuck a metal lunchbox in it as a time capsule. They’d filled it with drawings and cool stuff they’d found in the woods.

Her chest tightened as she thought of Erik. Her mate was gone, sent off on Federation business. And it was looking more and more likely that he wasn’t coming back.

Ainsley shook herself out of the dangerous grip of the past and spun around to check on Charley.

He was still out cold.

Her gaze returned to the metal box that rested in her dirty hands, humming with energy. She found herself fiddling with the latch before she had actually decided to open it.

A flash in her periphery brought her attention to Garrett.

He was unsheathing his sword from his cane.

Ophelia wouldn’t know about the silver.

Before Ainsley could warn her, the sword sliced through the air toward Ophelia’s head.

As the arc of the swing reached her, Ophelia’s head vanished.

Ainsley’s first thought was magic, but then she realized the alpha had shifted down into her wolf form, just in time to avoid the slice of Garrett’s sword.

Ophelia’s wolf teeth flashed white, and then the sword clattered to the ground.

Garrett moaned in agony through his mangled jaw.