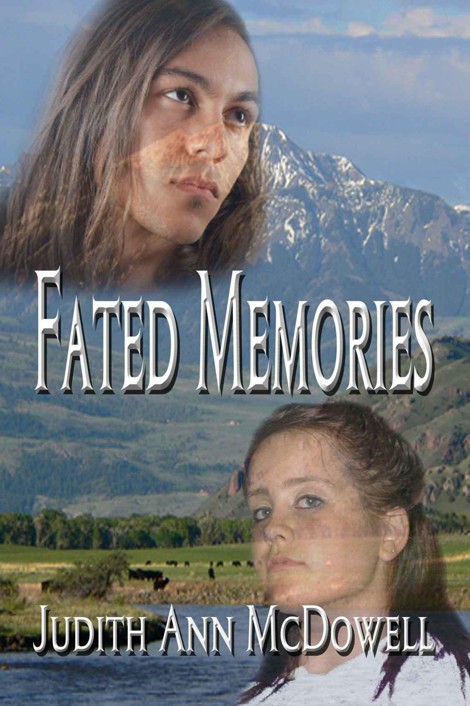 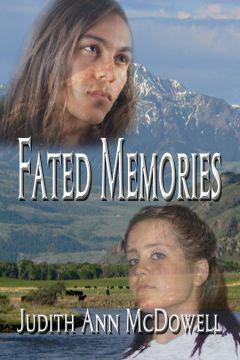 The greatest pain one will ever know

Is pain that touches the soul;

For the soul is immortal

And can never be erased.

A cold December wind swept along the cobblestone lane, bending age-old branches of sturdy oak and large maple and shrouding the frosted gas lamps in a whirlwind of snow and ice. Tiny flames, encased within soot-covered glass tops, burned low, and the now deserted lane leading up to a three-story stone mansion seemed lost in a thick, ever increasing fog.

Pulling back the heavy drapery, a young girl stared out into the storm-filled night. She turned as, without warning, the wall lamps flickered then dimmed, stealing the warm glow from the spacious room and leaving the far corners steeped in shadow.

Seated before a marble fireplace, a middle-aged woman glanced towards the mantelpiece, assuring herself the oil lamps still stood in readiness. She allowed the warmth of the fire to relax her and, with a relieved sigh, turned her attention to across the room.

“
Jessie, I wish you would come away from that window. A branch could break off that old maple and shatter the glass.” Laying aside the needlepoint she had been working on, she peered over her glasses at the young girl staring into the darkness.

When her plea drew no response, the woman got to her feet, pausing a moment before walking towards her. She placed a slender, well-manicured hand on the girl’s shoulder. “Jessie, what is it? What has you so troubled this evening?”

“
I was rememberin’ the snowstorms back home, Aunt Martha,” the girl declared, turning once more to stare out the window. Flames from the fireplace reflected the decorated tree onto the window, making it a part of the swirling scene outside. A fond memory crept into her thoughts of a Christmas many years ago, when she was a child of eight and her father had given her a glass snowball that played music and sprinkled the tiny flakes inside when it was turned upside down.

“
Now you can have snow all year round, my little Jessie,” he had told her, what seemed now a lifetime ago.

Dragging her mind back from the painful memory, she walked away from the woman watching her to take a seat beside the fire. Pulling the cumbersome, dark red gingham dress up to her knees, she settled herself, with some awkwardness, into an overstuffed chair.

“
It won’t be much longer, Jessie,” Martha soothed, walking over to her chair to seat herself once more. “According to the doctor, you have a little over three weeks, and then it will be all over.”

“
Yes,” she breathed, lifting her swollen, slippered feet with some effort onto the large ottoman, “then it will be…all…over.”

Martha glanced at her, a feeling of unease moving over her. “Are you worrying about the birth, Jessie? Doctor Hinley says you are in excellent health. In fact, he plans to come here and stay a few days before your due date to make sure everything will go well.”

“
That’s very thoughtful of him.” She smoothed the thick material of the dress over her protruding stomach. “He must be a very busy man.”

“
My dear,” Martha declared, as though stating a foregone conclusion, “Doctor Hinley is the best obstetrician in all of Boston. Your parents are sparing no expense in seeing you are taken care of, believe me.”

“
My parents, Aunt Martha? My mother is the only one who takes time to write. My father couldn’t care less!” Jessie swallowed against the bitter bile trying to fight its way upward in her tight throat at the thought of the man who had been the center of her world, now unwilling to raise a hand to help her in the slightest.

The utter contempt in the girl’s tone did not go unnoticed. “Jessie, your father loves you very much. You broke his heart when you conceived this child out of wedlock,” Martha tried to reason with her. “It’s going to take time for that wound to heal.”

The unfairness of it all seemed to threaten the last thread of Jessie’s sanity. Bracing her hands on the arms of the chair, she pulled herself forward. “What about my wounds, Aunt Martha? I never wanted to come here! I wanted to stay in Montana with the man I love! But…no! The all-powerful Eathen Thornton couldn’t have that, could he?” A deep flush crept up her throat to her face, turning her olive complexioned skin a bright, unhealthy red. “He couldn’t let anyone know his daughter had slept with a lowly Indian! Better to ship her off to Boston where her dirty little secret could be hidden away.”

Jessie’s outburst of anger, and her matter-of-fact disclosure of the man responsible for her predicament, drained Martha’s pale face to an even lighter pallor. With as much decorum as she could call forth, she replied, “All right, Jessie, let’s say you had stayed in Cut Bank, where everyone knows you.” Martha stood to begin pacing the floor, caught up in a chance to impart some much-needed, mature advice. “Do you believe all those people are going to turn away and ignore what is happening to you? To the daughter of one of the most powerful men in the state of Montana?” Her well-modulated voice rose with her passion until she all but forgot that she herself could not tolerate the man. “Do you feel Eathen deserves the shame of having it known his daughter is carrying an illegitimate baby?”

“
Eathen!” Jessie’s blue eyes flashed fire. “I’m sick to death of hearin’ ‘bout his embarrassment! What about me, Aunt Martha?” She slapped a hand against her heaving chest. “What about me?”

“
Jessie! Settle down.” Martha hastened towards her. Sweeping her long green and red plaid skirt to one side, she sat herself on the arm of the chair.

“
Jessie,” she draped an arm around the girl’s shoulders, “you mustn’t get yourself all upset like this. It isn’t good for the baby.”

When she felt Jessie’s body stiffen, she drew back, surprised at the girl’s refusal to be brought around. Seeing the full pink mouth tremble into a childish pout, she brushed Jessie’s long, auburn hair back from her heart-shaped face, tipping the defiant chin upward.

“
Jessie,” she admonished, “no one wishes to hurt you. We want to protect you. Young girls of your breeding have an obligation to do well in life. It makes no difference whether they live in Boston, Massachusetts, or Cut Bank, Montana. They can’t take it upon themselves to conceive a child out of wedlock, yet expect to keep that child. And for certain not one whose father is an….” She broke off her words, her long pink nails plucking at the lace trim bordering the sleeve of her white silk blouse.

“
Why don’t you say it, Aunt Martha?” Jessie pulled away. “Not one whose father’s an Indian.”

“
I’m sorry, Jessie.” Bright color rode high on her cheeks. “I had no right to be so judgmental. I am trying to think of what is best for you.”

“
It’s funny, you know,” Jessie’s voice filled with bitter doubt, “that’s what everyone says. But no one really means it.” She drew her head back until her eyes were even with those of the woman seated beside her. “What they’re really sayin’ is they don’t want a half-breed little bastard in the family.”

“
Jessie!” Sliding off the arm of the chair, Martha balled her hands on her slim hips. “I won’t tolerate that kind of language in my house. I realize you’re upset, young lady, but this is a respectable home, and as you are now a member of this home, I will accept no less from you.”

“
I’ll go to my room.” Jessie inched herself forward in the chair.

“
That won’t be necessary.” Martha put a restraining hand on her shoulder, breathing against the sharp stab of guilt at her outburst. As Jessie reclined back in the chair, Martha seated herself on one side of the Ottoman. Removing the girl’s tight slippers, she took Jessie’s swollen feet into her hands, rubbing them in a brisk manner while her mind whirled with ways to best approach the subject at hand. When she felt she could speak, she said, “Jessie, I think it’s time we talked about what you are planning to do after the baby is born.”

Lacing her fingers over her bulging stomach, Jessie stretched her legs out straighter, trying to relieve the knotted muscles in her calves. “I haven’t thought that far ahead yet.”

“
Then perhaps you should, dear.” Martha pulled Jessie’s legs across her lap, kneading the knotted muscles, her slim hands working until she saw the tension in Jessie’s face begin to relax. “You know, of course, you can’t take the baby home with you. Eathen has already made that quite clear.” She rushed ahead with what she wanted to say, as Jessie started to pull her legs away. “However, John and I have talked it over and we are fully prepared to offer you and the baby a home here with us.”

“
That’s very generous of you and Uncle John.” The awful cramping in Jessie’s calves started to ease and she left her legs stretched out across Martha’s lap. “But how will you explain us? I’m still an unwed mother.”

“
Not according to the people here.” Martha smiled, doubling her efforts to soothe and relax. “Your uncle John and I have let it be known you have come to stay with us after the recent death of your husband from a hunting accident. Which reminds me,” she paused, her green eyes darting towards the stairs, “I have an old set of wedding rings up in my jewelry case I want you to start wearing.” She gazed over at Jessie with a conspiratorial wink. “We have to make this story as believable as possible, you know.”