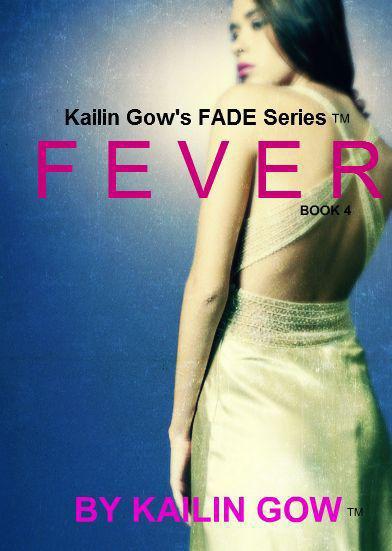 Book 4 of the FADE Series™

Published by The EDGE Books from Sparklesoup Inc.

All Rights Reserved. No part of this book may be reproduced or transmitted in any form or by any means, graphic, electronic, or mechanical, including photocopying, recording, taping or by any information storage or retrieval system, without the permission in writing from the publisher except in case of brief quotations embodied in critical articles and reviews.

Printed in the United St Roce=ates of America

Henceforth space by itself, and time by itself, are doomed to fade away into mere shadows, and only a kind of union of the two will preserve an independent reality. – Hermann Minkowski

I
’m in the treatment center. I know that instantly as I look around. Though calling it that is a joke. There’s nothing we can do to treat people. All we can do is bring them in, quarantine them, and do our best to care for them. Even that, we can’t do so much of now. We don’t have the people.

I stand there watching as the staff work, shepherding people into tiny rooms, stripping them off and rinsing them down with the best disinfectant sprays we have. A child wails at the sting of the disinfectant mix. An old woman complains about the indignity of having to do it like this, in front of strangers. About the damage being dunked in more disinfectant is doing to her pictures of her family.

And all we can do is spray people with disinfectant.

I’m the president of this country. The most powerful woman in the free world, if anything is truly free anymore, now that the Fever has destroyed so much. My abilities let me do things that even most of the others around me don’t have the power to do. I’m the strongest of us, the most politically powerful, probably one of the smartest.

None of that matters when it comes to the Fever. I’m as helpless as everyone else. I can’t do anything to cure it. All I can do is find enough “doctors” to try to keep the few remaining healthy peop No>le from contracting it. It isn’t enough. I should be able to do something. People are
relying
on me.

Jack’s there by my side then. The way he always is. The way I need him to be.

“Celes, Grayson and John say the machine is nearly ready.”

“That’s good,” I say, even though I can feel the tension building in me. The machine is our best hope. Our
only
hope.

“Walk with me?” Jack says, and looking into the deep blue of his eyes, I know what he intends. I nod. We walk out of the medical area, through to the room where the machine waits. It’s such an elaborate thing. The best that our technology can produce. Maybe it will give us a chance.

Right now though, I have other things to think about as Jack kisses me. For once, it doesn’t matter that Jack is my chief of security. I don’t care whether people see us. We’ve been together since high school, and Jack is about to do something almost impossibly dangerous for all of us. If he succeeds, it will be like the Fever never happened. If he fails…

I hope against hope that he doesn’t fail, even while I kiss him for what might be the last time. I cling to him while his lips move over mine, our mouths moving in perfect harmony while his hands drift over my body. I wish we had more time, not to mention a more private room…

We break apart. Grayson is there. He’s been helping to work on this project since the start, but it’s Jack who has the scores to fulfill the mission. I’m the only one who has scored higher when it comes to resisting the effects of the machine on memory, and Grayson has ganged up with Jack on this one. I’m too precious to go. Which means that the man I love has to go to what could be his death instead.

I can’t send him.

“Are we ready?” John follows Grayson into the room. He looks almost eager, but then, he’s been trying the hardest of all of us to cure the Fever. He’s the one who has seen the most of what it can do. He and Grayson are the ones who have made the machine work, and given us this chance.

Grayson nods. “The coordinates are set for the reconstruction. Whenever you’re ready, Jack.”

“Good luck, Jack,” I whisper against his lips.

“It’s time,” Grayson says, looking over at us. He looks almost as torn as I am, but then, Jack is his best friend. And I know how he feels about me too.

It’s just like him to make jokes. If this goes well, the world will change, and it will have always been the way it is. A new world. One with Jack in it again, hopefully, but without the Fever. If we’ve judged this right.

“The coordinates are right?” I ask.

I have. I’m just trying to delay the moment when Jack is gone.

“Grayson,” Jack calls out as he moves over to the machine. “You remember the promise you made me?”

“I hope so.” He steps into the machine, letting John strap him in. The doctor is careful about it, but even so it just feels wrong. Wrong for Jack to look so calm when in a few moments, the machine is going to disintegrate him utterly.

It’s the only way to get where he’s going. As a stream of information pulsed along a channel carefully calculated to open in the right spot. Something to be reconstructed. Something to perform our vital mission.

I
wake with my head on a familiar chest. It’s a hard, firm, muscular chest, and I’ve woken with my head on it before now, but it’s still a good feeling to know that Jack’s there. I sit up and see the rest of Jack. His usually neat dark hair is tousled on the arm of the couch we’re lying on top of, while his athletic body is still encased in his dark working suit. That’s a pity.

We’re in Wilson Hammond’s tower, in the secure suite where his guarifywds deposited us after we failed to kill him. Jack and I have been here before, so that its elegantly minimalist furniture and heat resistant white walls are almost familiar by now. That doesn’t make them welcoming though. A beautiful cell is still a cell, even when it’s one we’ve escaped from before.

Jack has his arms around me as I sit there, like he’s trying to shelter me from harm. What harm? It actually takes me a moment or two to remember, like everything before today has been a dream, yet when I do, I start to shake Jack, willing him to wake up.

The apocalypse. We’re in here because Wilson Hammond, the United States’ new president, wanted us out of the way while he began the apocalypse. After everything we went through to try and stop it, it still happened, with fire raining from the sky and people worshipping him like a god. We’ve been locked in here for days now, while outside… I don’t want to think about what has been happening outside.

Yet now, something feels different.

I finally shake him awake, those icy blue eyes of his flickering open. He smiles up at me for a moment, then, like me, he seems to remember what’s happening. He sits up sharply.

I can feel it too, but it’s good to know that Jack agrees. He’s the one who gets flashes of the immediate future. He’s the one whose powers run to sensitivity, so that he can pick up on some of what’s going on around him. That has been hard, the last few days. We’ve been here, trapped not so much by the locks as by what’s going on outside, grabbing snatched sleep and watching the TV until the signal cut out. And all the time, we’ve known that outside this building, people have been dying.

Jack looks at me, shakes his head, and then shrugs. “I don’t know.”

I check my phone. I was surprised when Hammond’s men didn’t take it from me, but now I can see why. There’s no signal, the way there has been no signal for days. If I want to call Grayson, or try to get in touch with Jack’s father Sebastian, then I won’t be doing it with this.

I don’t say the obvious thing. That unless they made it to the shelters they were heading for, the people we care about could be dead. I don’t want to think about that. I have to hope that they made it to their shelters in time, and that those shelters were stronrprs were g enough.

“It could still be dangerous out there,” Jack points out, the way he’s pointed it out every time I’ve asked about leaving. I know he cares about everyone else as much as I do, but more than all of them he cares about me. He wants to keep me safe. Even if it means forcing me to ride out the apocalypse in Wilson Hammond’s shelter. How long does the apocalypse last? A day? A year? How long can we survive here on the contents of our suite’s small kitchen?

“Something feels different, Jack. We have to check.”

That’s easier than I expect it to be. “You’re okay with checking?”

“We need to know what’s going on,” Jack says. He kisses me lightly. “Now hurry up. I want to take a shower. I have a feeling it’s the last one I’ll get for a while.”

I head into the bathroom first, taking with me clothes from drawers embedded in the walls. I don’t like taking anything provided by Hammond or his people, but after days wearing the same clothes they’re better than the ones I have on. There are tough, hard dark jeans, grey and black sneakers, a t-shirt of pale blue and an off white shirt to go over the top. I take a shower before putting them on, trying to untangle strands of dark hair afterwards with a comb before giving in and tying my hair back.

When I check in the bathroom mirror, my eyes blaze with that hint of golden fire that’s a reminder of the power lurking below the surface in me. Despite everything I’ve been through in the last few days, I have to admit I still look pretty good, like I’m about to go out on a modeling assignment rather than looking at the aftermath of the end of the world. I think back to those days hiding out with Jack in the apartment the Underground assigned us, pretending to be a model while the Others hunted for me. Compared to this, even that seems so simple now.

I come out of the bathroom, while Jack gives me a hungry look as he goes in. I get the feeling, under other circumstances, that he’d be more than happy to keep me in this room with him. Now though, there are more serious things to think about, like getting out. Actually though, that isn’t too hard to do. Although Wilson Hammond’s advanced materials were enough to stop me once, now, my power has grown to the point where I simply melt my way through the locks on the door. After that, we take the stairs, heading down to the lobby the way we went the last time we escaped from here. Should I be worried that I’m escaping from places often enough that I do it more than once from the same place?