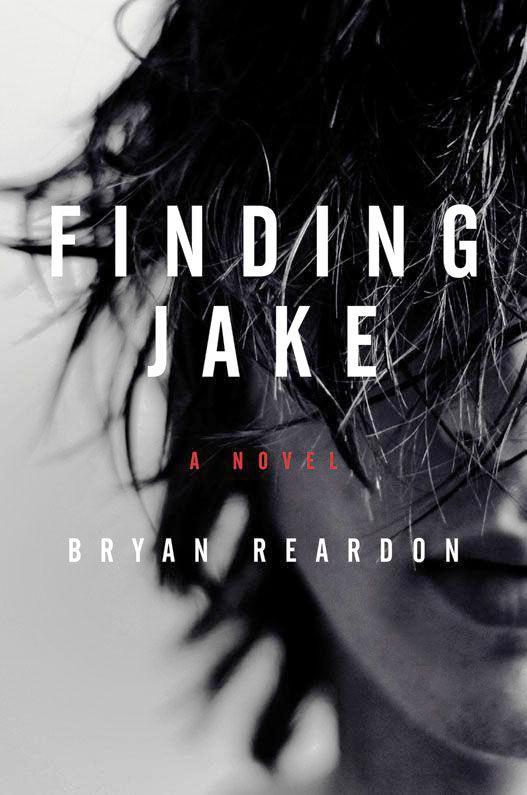 To Lily and Ben, of course.

My name is Simon Connolly. You may have heard of my son, Jake. Most people have, but they don’t know him. Not really.

As for me, they don’t know me, either. I’m not even sure why I’m still here. I can barely stand up, let alone venture beyond the front door. If I let such a simple effort beat me, I’m not sure what’s left.

As I step outside, the sun warms the too-tight skin of my face. Although the air is gentle, inviting, the season has not changed. It remains the bleakest winter imaginable and the toes of my New Balance push dried leaves across the pavement. Each sound stirring memories too fresh to accept.

So much has happened that I struggle to envision the next day, the next hour even. But going to the mailbox draws my focus to a pinpoint intensity and gives me purpose. Neither necessity nor curiosity provides the motivation. On the contrary, my driving force is a last desperate attempt to embrace banality. Get the mail, I tell myself, like before.

I never could have imagined that an oversize purple envelope,
resting in that box, could contain such a bright glimmer of hope. I don’t even notice it until I am back inside; but, when I do see it, when my eyes focus and I read the name written on the front in young, bubbly script, my heart stutters. It is addressed to my son.

Maybe someone out there knows him better than I thought.

JAKE: EIGHT MONTHS BEFORE HIS BIRTH

It all started with a fateful decision and the most wonderful news of my life, not necessarily in that order. On a gray day in late February, the kind of day that makes everyone wish Christmas lights still hung from their neighbors’ tree branches, my wife called me at my office.

I knew that by “it” she meant a pregnancy test. In the movies, the wife always calls saying I have to tell you something, brace yourself. In reality, my wife and I had been married for five years, and engaged for three before that. I’m not saying that I was so in tune with her womanly cycle that I knew she was late before she did. What I am saying is that there is much less surprise when it comes to married couples’ privates than the movies like to admit.

“Don’t sound so excited.” She laughed.

I cleared my throat and tried again in my effortless deadpan. “I feel like my heart is going to jump out of my chest.”

“Cliché.” She laughed even harder.

Only one person, my wife, knew I wanted to be a writer. An English minor in college, she felt compelled to critique me on occasion, but she was always unflaggingly supportive of this hidden dream of mine. She’d buy me “How to” writing books and fancy fountain-type pens for Valentine’s Day.

“Sure.” I really just wanted to know if I was going to be a dad, but the suggestion of lunch pretty much clued me in on what I expected to be good news. “Where?”

“Fancy. How about Blue Coast? Noon?”

“I’ll meet you at the restaurant. Love you.”

I wanted to call her right back, to laugh and talk too loudly about the news, but I knew that wasn’t how this had to work. My wife had an agenda. Not in a bad way, just a very deliberate way. This monumental news must be celebrated with a lavish meal and discussed in hushed tones while surrounded by opulence. This was not meant in a showy manner, more like an artist applying color to a canvas. She was painting our memory and I was all for it.

Blue Coast was about as hip a restaurant as Wilmington, Delaware, could support. Although it would be lost in the midrange mediocrity of a city like New York or Chicago, it tried its hardest and rose above the mom-and-pop Italian places and the vanilla chain restaurants that most of Delaware favored. Instead, Blue Coast had that not-quite-Wilmington look with its minimalist architecture and deep, rich, but subtle colors. Soft but modern alternative music piped through the hidden speakers and men and women in business suits sat at two-tops, some leaning forward and whispering intimately about love or money, others leaning back and scoping out the room to see who was who and who wasn’t.

I met my wife there. She was already sitting at a table, her long, runner’s legs crossed and her dexterous fingers tapping along on her BlackBerry. I stopped at the host stand and just watched her for a second. Dressed in a form-fitting suit jacket she’d bought in NYC and had tailored by a woman who lived in a trailer with her three young kids, she fit right in at the restaurant. The crease above her right eyebrow hinted at some struggle at work.

She was a lawyer for one of the three nationally prominent law offices in the city. Due to the corporate tax laws of Delaware, its chancery court was one of the most powerful in the U.S. judiciary system; therefore, the big boys set up shop here. She did not practice corporate law. Instead, she was a civil defense expert and the office’s youngest local partner.

We met when she was still in law school. At that time, she was interning for the state’s prominent U.S. senator and I was working for the county executive. I was his go-to guy, at least in my head, and was very busy that day. The Democratic presidential candidate was coming in to stump for votes. Not for himself, but for the candidate for Delaware’s other U.S. Senate seat. The race was closer than anyone expected considering the Republican incumbent was well liked and hadn’t been caught with his pants down, neither literally nor figuratively.

I was helping find volunteers to work the event and her name came up. I had never met her but one of the other guys there said she was the “best.” At what, I didn’t ask. Had I known what she looked like, I might have, because when she showed up that day all bets were off. She walked into the office in these form-fitting black pants and a T-shirt that kept offering the most suggestive peeks at her perfect abdomen. Her blond hair, shoulder length and sleekly straight, was pushed behind one tiny, cute ear. If I had called it cute that day, she would have written me off as a frat boy idiot. What caught my eye, though, was a perfectly shiny silver ball pierced through the cartilage halfway up the side of her ear.

“She’s that intern from
the
senator’s office. Goes to Villanova.”

She claims that she heard me say that. I think that little tidbit became legend as she told and retold our love story over the years. Either way, our eyes met, as cheesy as it sounds, hers icy blue and mine dark as midnight. I followed her around the entire day. It got so bad that the presidential staff blacklisted me from further events because I pretty much ignored my duties and just shadowed her. By the end of the day she was in my web, or maybe it was the other way around.

Standing at the entrance to Wilmington’s hippest lunch bistro, a tempest of contradictions swirled in my mind. There she sat, looking as amazingly beautiful as she did that first day we met. It was as if the cloying progress of time had no effect. At the same time, so much had changed. She, the fresh-faced new girl, the
intern
, was now a partner at a big-time law firm; me, the impressively young and successful leader of the day, was now the less impressively young and less successful bureaucrat who had stayed in the same position like my feet were encased in government-issued quick-dry cement.

Rachel looked up at that moment, seeing me and smiling. With a little wave, I walked across the restaurant. Along the way, I recognized people at a few of the tables.

“Hey, Connolly,” a guy in a suit said. His name was Bob Weston. Although he worked for a bank, I’d met with him and his boss a few times about county tax issues.

“What’s up, buddy?” I said, grabbing the hand he offered and patting him on the back while we shook. He craned his head. Most people have to, considering I’m six feet four inches tall. “You playing ball tonight?”

“Me, too. Whadaya think of that new pitcher the Phils signed?”

I tried to give him a short answer, something about the fact that
a single pitcher wasn’t going to help them return to the glory of 1993. I glanced over my shoulder while I spoke, but Rachel was flipping through her calendar. Still, I hated keeping her waiting, so I closed up the conversation faster than I would normally and moved on. I nodded to a few other acquaintances and smiled when Rachel looked up again.

I’m not going to say she was glowing (cliché!), although some kind of warm energy seemed to radiate from Rachel’s eyes when she met mine. I could tell she had been thinking, a lot. Something about the curve of her eyebrow made me smile. I pulled her to her feet and gave her a squeeze. Normally, on a workday, that would be all the PDA we would dare, but not today. I kissed her full-on, not a peck. When I pulled back, her cheeks flushed.

We sat down. I held on to her hand.

“How are you feeling?” I asked.

Rachel’s head cocked to one side as she assessed my reaction. I thought I might have messed up. Maybe my inflection hadn’t appropriately lifted or maybe my eyebrows betrayed me. Her grin became a smile, the one she gave me when I didn’t exactly know what I had done but I knew it was good.

The first half hour of lunch consisted of banter over the best names for our child.

I shook my head. “Every time I hear you call him, I’ll know you’re picturing Ben Affleck without his shirt on. How about Simon? Then we could call him Junior.”

“Stop it.” She smacked me on the forearm, lightly, lovingly, while she smiled.

As we spoke, I sensed something bigger behind her words. I’ve always been too observant of nuances. I knew it was best to ignore it, not to press her, but I’ve never been able to resist.

“What are you thinking about?”

“What do you think about day care?”

I blinked, two or three times, sensing a loaded question. I attempted to tread lightly. “It’s great . . . for others?”

“Come on, Simon. We talked about this.”

We had, I guess, in passing, maybe over drinks when we were twenty-four. I wondered if it was a husband thing, trying in vain to remember conversations deemed time wasters to
he
but paramount to
she
.

“Yeah, I mean, that’s kind of . . .” I stopped myself, my senses tingling. I was about to say
up to you
at the end of that, but I had a sudden feeling that was not my best option. Instead, I finished with: “. . . what I was thinking.”