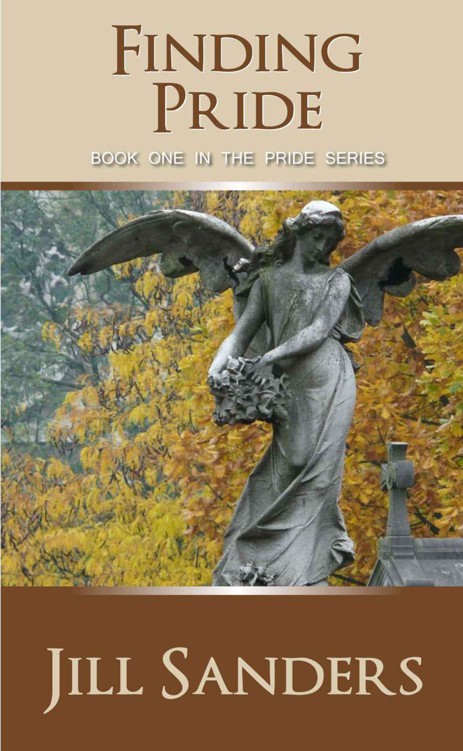 Megan Kimble was traveling a long way to find the next chapter in her life, one that would not include her brother, Matt. Losing him now was tragic, even more so since she had finally freed herself from the abuse and shame of a bad marriage. She had spent years hiding things from her brother, so he would not know about her horrible life. Keeping secret her world of bruises, cuts, and broken bones, much like the one she now sported with a large white cast.

Dealing with her loss was hard, but now she is thinking of taking over Matt’s new business venture. This could be the fresh start she needed, a new town, a new place to forget the pain, and maybe she would learn to trust again.

Todd Jordan was a successful businessman, who had once lost it all, and now he’d just lost his best friend and business partner. But, then she came into town broken and scared. For the first time in a long time he was looking forward to his future. Breaking down Megan’s barriers would take patience and strength, and he would need that strength to keep what he loves safe.

Other Titles by Jill Sanders

Finding Pride – Book one in the Pride Series

This is a work of fiction. Names, characters, places and incidents either are the product of the author’s imagination or are used fictitiously, and any resemblance to actual persons, living or dead, business establishments, events or locales is entirely coincidental.

This book is dedicated

to the woman who

read the first book to me.

In loving memory of a

J
ust as the sun disappeared behind a large gray cloud, a white sedan crept slowly along the long twisted road. A wall of trees on either side of the road gave the appearance that the only way out was to forge ahead. The black pavement weaved, rounding bends up and down small rolling hills. If someone were to look at the scene from above, it would appear similar to a white rat running through a large maze, no doubt on its way to find the cheese.

Several minutes had passed since an open field was visible to the driver. Every now and then a quick glance of a farmhouse or a barn would appear. But, for now the only view was the gray of the sky, the green of the trees, and the black top of the road.

The car was traveling toward freedom, freedom that had come at the worst price, death.

Megan Kimble had just lost the last of her family. Now at a time when she was finally free to live, she had no one to share it with.

For a moment the sun peeked out of the clouds, its  landed on a small crowd gathered around a casket. Mist and fog hung in the afternoon air. It made the hill overlooking the small town of Pride, Oregon, appear cut off from all other civilization, an island floating in a sea of fog. Not a sound came from the gathered mourners. Each person stood with head down, looking at the dark wet wood of the casket.

In front of the crowd stood Megan, a lone young woman who was dressed in a dark skirt and a large black rain coat. Her head was bent down, her tears silently slipping down her face. Her long blonde hair was neatly tied back with a clip. The right sleeve of her coat hung empty. Her arm tucked close to her body, encased in a white cast from her upper arm to just above her wrist.

Looking up, she started gazing around the old cemetery, not really noticing the people, but instead the old and crumbled headstones. Her eyes stopped on a tall figure that appeared to hover above the mist. Blinking a few times to clear the moisture from her eyes, she realized it was a large headstone in the shape of an angel. The angel’s arms were stretched up to the heavens, as if reaching for a helping hand to ascend above.

Her thoughts drifted to Matt and she looked back down at the casket. Matt had always called her his little angel. Looking at the simple dark wood through teary eyes, she remembered her brother’s face as it looked fifteen years ago. That was when she had awakened in the hospital, her little body covered in terrible bright red marks of abuse. Her memory of the violence by her father’s hands gone, along with both their parents’ lives.

Matt had been the first face she remembered seeing in the cold sterile room. She remembered his face had been streaked with tears, his eyes red as he cooed to her,
“Little Meg, everything will be okay. I’ll take care of you now. Don’t worry little Angel.”

Her thoughts snapped back to the cemetery as they began to lower the casket into the wet ground. What, really, had she ever done to deserve such a great brother? What really had she ever given back to him? He’d given up everything for her and yet she couldn’t think of one thing she’d given him but lies.

She felt hopelessness and uselessness sinking into her mind. Knowing it was Derek’s influence, for her dark thoughts, she tensed. Straightening her spine now, she tried to dismiss the thoughts of her ex-husband. He didn’t matter anymore, she told herself. He was out of her life now.

At that moment, as she stood in the old cemetery surrounded by a hundred strangers, she felt truly and wholly alone. Matt had been her family, well, the only family that had really mattered. She had an aunt somewhere, but she hadn’t seen or heard from the woman in over fifteen years.

Looking up she saw the priest walking towards her; she quickly wiped the tears from her face. The priest looked short and stout dressed in his long black robes. He wore a wide-brimmed hat which covered his curly silver hair. His face was kind and she could see his eyes were red from tears. He had been very generous in the words he’d spoken over her brother.

She wasn’t Catholic, neither was her brother. At this point, she wasn’t going to object. It had been a nice service, and so many people had turned out. She didn’t know who had organized the service, but she was sure the Father had a large hand in it.

“Hello dear, I’m Father Michael. We spoke on the phone a few days ago.” He said taking her left hand in his warm one. “Matt was such a nice young man, I’ll miss him dearly.” He cleared his throat.

“Thank you. I’m sorry I wasn’t able to get here sooner. I would have helped plan his service.”

The Father interrupted. “Don’t mention it. We all pitched in to help out, that’s the nice thing about small towns. If you’re looking for someone to thank, there is no need around here. People in Pride don’t usually take too much to strangers, but Matt just fit in. He became part of the family, you might say. I know he wasn’t Catholic, but he did enjoy a good sermon. He also enjoyed coming to our social events; they always put a big smile on his face. He was very well liked around here.”

It didn’t sound like he was talking about her brother. Matt had always been somewhat of a loner. He had never really taken to crowds, but then again she’d grown away from him after he’d moved out west.

As he continued talking to her about her brother and the town, she started looking around at the crowd of people in the muddy cemetery. It appeared that the whole town of Pride had braved the wet weather for her brother’s funeral. There were families, older couples, men who were weather worn from years on fishing boats, faces young and old, none of which Megan had ever seen before. She was used to being in crowds, having lived in a large city most of her life, but now it felt like all eyes were on her.

The Great Darkening (Epic of Haven Trilogy) by Triplett, R.G.
Captivity by Ann Herendeen
ELIZABETH AND ESSEX: a tragic history by Strachey, Lytton
The Calling: A Paranormal Mystery Vol. I by Daria Kacie
To Disappear by Natasha Rostova
Her Lover's Touch by Dusk, Allen
The Otherworldlies by Jennifer Anne Kogler
Alive by Holli Spaulding
Golden Crown Series 02: The Twin Dragons by Rue Volley
The Angel of Death (The Soul Summoner Book 3) by Elicia Hyder