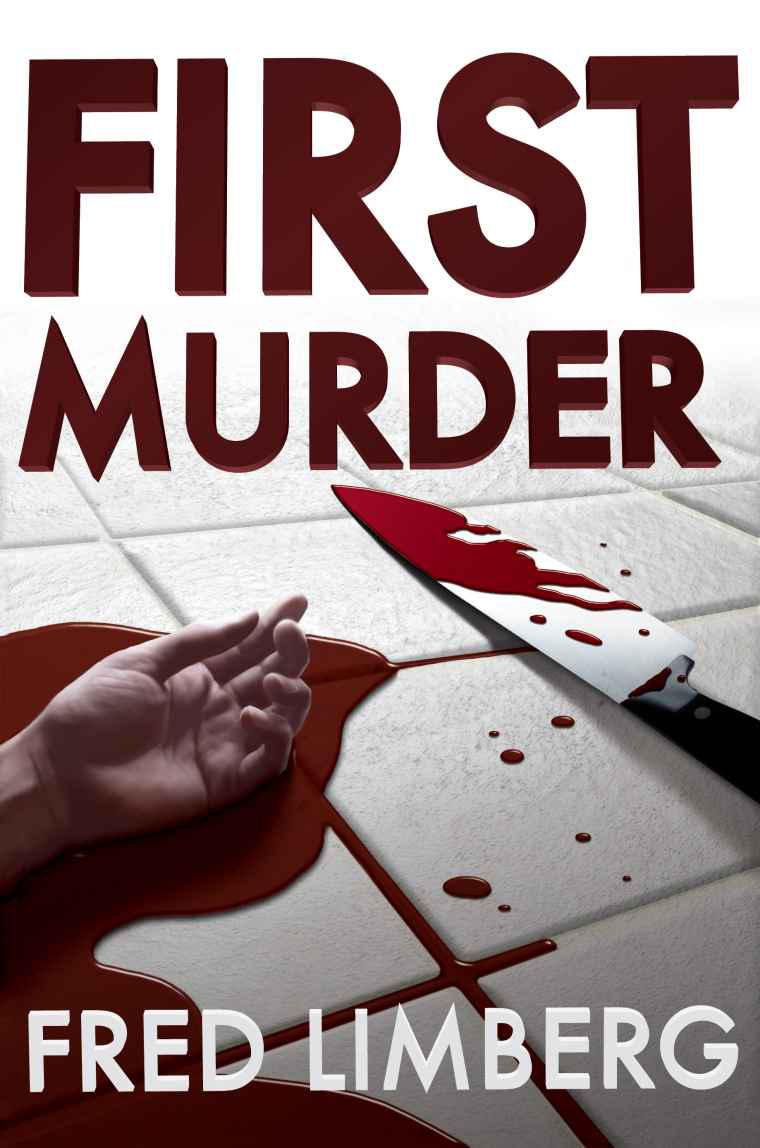 I
t didn’t register right away. There was a sound, a distant beep-beep-beep chased by annoying buzzes. Tony tried to grunt the damn noises away. Didn’t work. Three more beeps followed by three more buzzers mocked him.
What the hell
? It wasn’t loud or urgent enough to be a smoke alarm. With each set of beeps his head hurt a bit more. He winced at the sharp pain behind each of his eyes.

“Is that yours or mine?”

The voice was vaguely familiar. The bed was too soft to be his. His head hurt like hell.

More beeps. More buzzes. He risked opening an eye—just one. Pitch black. He was sure his eye was open. The beeping came from his right. So did the buzzing.

“It’s yours. Mine doesn’t vibrate.” It was a woman’s voice.
A nice voice.

He opened the other eye.

“Tony, shut the damn thing off!”

Maybe not so nice
.

After three more beeps the buzzing was interrupted by a rattle and a clunk sound, like something falling.

The warm shape next to him moved, rustling the covers. He heard soft low laughter.

“Detective de Luca, would you please find your new pager and see who’s trying to reach you?”

“Uh, sure.” Tony could make out shapes in the darkness now. He peeled back a sheet, swung his legs to the floor and sat up. The pain increased. It beeped again. It wasn’t dead but it soon would be. He tracked the sound. It was coming from behind a bedside table.

Okay, I’m naked. This could be very good or very bad
.

He shook his head to try to clear the cobwebs—yet another mistake. Tony slipped out of the bed onto his knees, one hand on top of the nightstand, the other groping under and behind it for the noisemaker. He snagged the plastic cube, his pager…his
new
pager. Tony de Luca, a detective for all of fourteen hours, had his first page. He sat on the bed and fumbled for the switch on the lamp.

“Damn it, Tony!” The woman yanked his pillow over her face.

His head throbbed. He was light blind. The pager was still beeping and buzzing. Squinting at it, he found he had a one in three chance of punching the right button. He went for the biggest one, the red one in the middle.

651-548-9045 911 flashed on the tiny screen. He didn’t recognize the phone number but the 911 at the end surely meant to call immediately. He had a cell phone but didn’t have any idea where it was. Tony was still working on where
he
was. Then it clicked. It was all good, except for the pain.

“Pants?” Tony looked around the room.
No pants
.

There was muffled laughter sneaking from beneath the pillow.

“I don’t know. The living room? No. The kitchen. Check the kitchen. And kill the damn light,” the woman commanded. Tony obeyed. The unfamiliar bedroom went dark. He felt his way down the hall.

Tony found the pants in the living room and his boxers wadded on the kitchen floor. He sat on a swivel stool at a raised granite counter. It was a nice kitchen—nice enough to have some orange juice in the big refrigerator. He took a slug from the carton, then another, and the pain moved from behind his eyes to his forehead.

Squinting again, he peeked into the purse on the counter like a sneak thief.
Yep!
He was in Sue Ellen McConnel’s townhouse. Grinning, he dialed the number from the pager.

“Bankston.” The voice on the other end was low and melodic and definitely wide awake.

“No,” he said. It slipped out before he could catch it. He had only been partnered with Rayford Bankston for the last half-day. They’d spent all of fifteen minutes together so far and Tony hadn’t gotten a clear read on the man yet. The long silence worried him.

“Where are you?” Bankston finally asked.

“So what’s up, uh…Sergeant Bankston?”

“We’re partners, Tony. You can call me Ray.”

“Your first murder, son. See you in thirty.” The line went dead.

Tony started the search for a pen and a scrap of paper to jot down the address before it escaped when he noticed Sue Ellen leaning in the doorway. She was wrapped in a white sheet that offset her dusky skin. Her short black hair was bed-mussed and her signature bright red lipstick missing.

She scrunched up one side of her face, head cocked.

“Sorry, old habit,” Tony said. With over 6 years on the force, most of it in radio cars, he lapsed into code without thinking at times. “Apparently there’s been a murder in Highland Park somewhere. I guess Ray and I caught it.”

The address became a fugitive when the sheet slipped.

There had been six…no, eight of them at the bar. Cop friends, a girl from the courthouse, and two of the assistant D.A.s—one of which was standing in the doorway, breasts exposed, smiling at him. They were congratulating him on his promotion to detective, all buying him drinks. Tony was a beer guy. The drinks they bought him weren’t beer. There was a lot of teasing, some flirting…and now, looking over at the woman in the doorway he felt a little embarrassed. Then again, he thought, she doesn’t know I forgot where I am…was…whatever.

“Shirt?” He hadn’t located that article of clothing yet, and one sock was still hiding.

Sue Ellen hitched up the sheet and went into the living room. When she stretched over the back of the sofa Tony lost his entire train of thought again.

“Here.” She retrieved it from behind the couch and shook it out.

More of the evening came back to him. He grinned while he buttoned his shirt. The flirting had been mutual, a pleasant surprise. He’d wanted to ask Sue Ellen out since they’d met. He was testifying on a drug case and she was the lead prosecutor. Maybe the new gold badge impressed her.

She smiled, walked over to him and put her hand on his cheek. “Me too,” she said. Then she turned and walked down the hall to the bedroom.

Tony found his shoes. He was on hands and knees looking for the elusive sock when she came back.

“You probably don’t want to forget these.” She held out his gun and badge wallet.

What the hell were those doing in the bedroom?
Both of them had exploded out of their clothes as soon as they got in the door. Her things were strewn about too— her crumpled dress was in the living room and a lacy black bra on the floor by the kitchen table. Another piece of the puzzle clicked into place.

She laughed again. “It was funny. It was fun.”

Tony started counting his blessings. “I’ll call. I want to see you again.”

He prayed that later he’d remember what he had said. “We’ll start over.”

When Sue Ellen gave him a kiss goodbye the sheet dropped completely. She was laughing again when she closed the door.

Tony jogged the short hop from Sue Ellen’s downtown condo to police headquarters. The brisk air and pace helped cut through the brain-fog. He’d deal with his car later. He checked out one of the unmarked Crown Vics. He also checked with the dispatcher to get the address again and his watch. It was already 4:40. He was going to be late. Tony decided to go Code 3, stuck the blue strobe light on the car’s roof and toggled the siren on.

Traffic was light, no surprise at 4:45 in the morning. He blew through two lights, heading generally west and south to Victoria Street. When he made the last turn he realized the house was a block up, near the next corner where a discotheque of blue, red and yellow lights danced, lighting the street and throwing weird disconcerting shadows over houses on both sides of Victoria. Tony killed the siren a block from the house…not soon enough.

“Hey de Luca, what’s the hurry?” one familiar patrolman shouted. That was Tim.

“Hey Tony, you’re out of uniform,” another added, laughing behind him.

It was still dark. Cops in black leather and nylon huddled together by the cars, their breath-fog rising in the street light lit pre-dawn. It was chilly but not cold this early in October. Tony shrugged off the taunts. Just a week ago he’d been in a uniform, riding in a radio car, working with these people.

He noticed a man sitting sideways in the back of one of the black-and-whites flanked by two uniformed officers, his head down, hands in his lap. Tony couldn’t tell if the guy was cuffed. He wondered if the crime had been solved before he’d even arrived. That’d serve him right.

Further up the drive, he saw a solitary thin figure in a suit silhouetted by a light over the side door of the brick house. Tony turned at the sound of an approaching car. It was the crime scene guys, the first of them anyway. He noticed the coroner’s van just up the street. No ambulance. He sighed and walked up the drive.

“Glad you could make it.” Detective Sergeant Rayford Bankston looked Tony up and down with a critical eye. Ray was wearing a dark gray suit and a tie, wearing it very well for 5:00 in the morning. He was a tall thin black man with short graying hair. He held a small digital recorder and a pair of latex gloves in one hand and shook Tony’s with the other.

“I’m not that late, am I?” Tony wasn’t sure what to expect from his new partner. Bankston had a reputation of being a loner, kind of aloof.

Tony cocked one eyebrow, wondering if Ray knew about the party, about Sue Ellen.

“So what have we got?” Tony turned to the door, eager to go to work.

“The man in the car there is Scott Fredrickson. He says he got in late from a business trip, went in the back door here and saw his wife dead on the floor. Stabbed. Says he grabbed the phone, called 911 right away, and here we are.”

“No one’s been in yet?” Tony knew some street cops were better than others at a crime scene.

“The responding officer went in—carefully, she assures me. She saw the body on the floor, and checked for a pulse. But the lady was gone,
way gone
she said, and backed out. The scene’s untouched.”

“So here are the ground rules, detective. Touch nothing. Move nothing. Observe. Take notes. I prefer to use this recorder.” Ray held it up before sliding it in his pocket. As he worked the latex gloves on he added, “Something I picked up from the coroner.”

Tony nodded and looked off, wondering how he was going to explain that he’d forgotten to grab any gloves, or his notebook, or a pen, or a flashlight.

Ray recognized his rookie partner’s dilemma. “What I do is I keep a kit, actually several of them. One in the car, one in the desk, like that, so I never show up at a scene without my tools.” He smiled, holding out a pair of gloves to Tony. “It’s embarrassing not to have your tools. Unprofessional.”

Willing Sacrifice by Shannon K. Butcher
Pound Foolish (Windy City Neighbors Book 4) by Dave Jackson, Neta Jackson
This Is Gonna Hurt: Music, Photography and Life Through the Distorted Lens of Nikki Sixx by Nikki Sixx
Anywhere You Are by Elisabeth Barrett
Daddy by Danielle Steel
Henry and June: From "A Journal of Love" -The Unexpurgated Diary of Anaïs Nin (1931-1932) by Anaïs Nin
Vampire Apocalypse: A World Torn Asunder (Book 1) by Derek Gunn
Smilla's Sense of Snow by Peter Høeg
The Last Dance by Ed McBain
Motion to Dismiss by Jonnie Jacobs