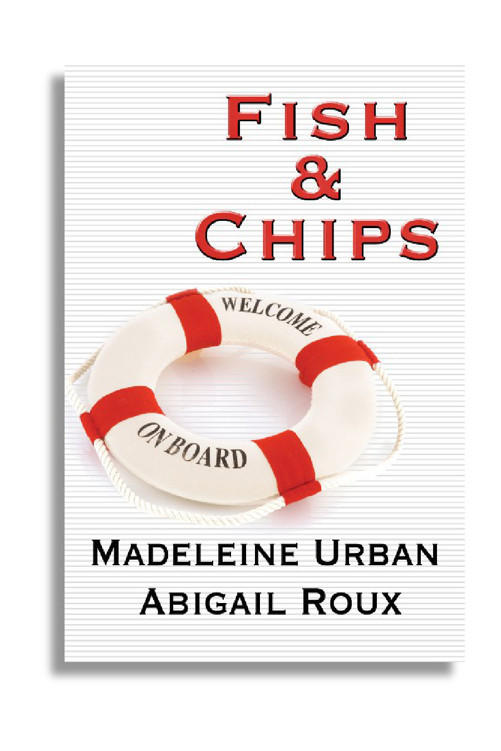 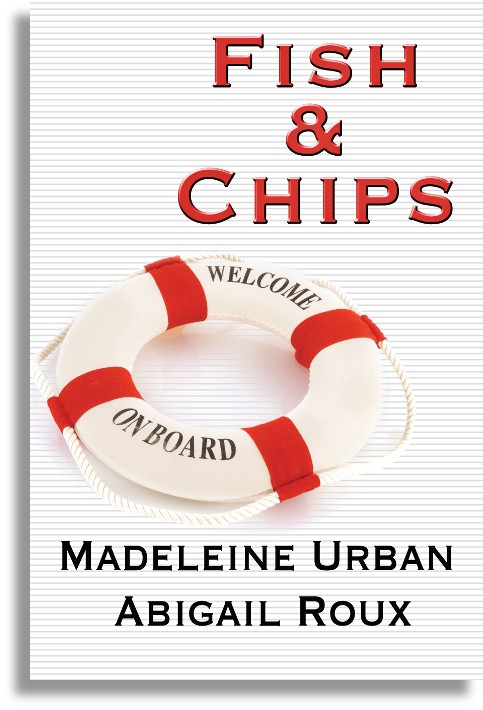 “Ty and Zane were so heartbreakingly beautiful and so realistic that these two will go down as two of the most fascinating characters written in this genre.”

“The plot was a stroke of genius….”

“An action-packed, angst-filled story where the sparks fly around Ty and Zane both in and out of bed.”

“I was slightly infatuated with Ty and Zane after reading
Cut & Run
, but I fell in love with them in
Sticks & Stones
.”

“I didn"t think it was possible to top
Cut & Run
, which is an awesome book, but
Sticks & Stones
is right there with it. You definitely do want to read it.”

“Filled with moments both brutal and tender,
Sticks & Stones
is a fast, compelling read, and I can"t wait for the next chapter in Ty and Zane"s saga.”

THE CUT & RUN SERIES BY

A Tale from de Rode

The One That Got Away (with Rhianne Aile)

Snowed In (with Rhianne Aile) 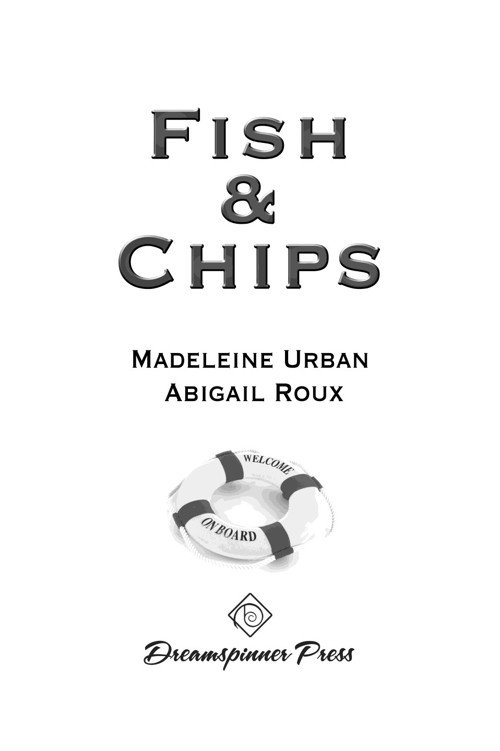 This is a work of fiction. Names, characters, places and incidents either are the product of the author"s imagination or are used fictitiously, and any resemblance to actual persons, living or dead, business establishments, events or locales is entirely coincidental.

For everyone who asked for more.

Thanks must go out to Ginerva, Rae Isha, and Laura Iskra for their invaluable help and advice regarding the Italian language. Ty is not the only one who doesn"t speak Italian!

And to Polly West for keeping an eye out for details when she took her well-deserved cruise and then relaying them to those of us still on land.

“HEY, Freddy, Scott, you got to check this out,” Special Agent Michelle Clancy said as she trotted into the free weights room of the FBI"s Baltimore field office gym.

“Busy,” Special Agent Fred Perrimore grunted as he strained with the barbell. His biceps bulged as he pressed up; sweat dotted the black skin along his closely shaved hairline.

“Believe me. It"s worth it,” Clancy told them in a singsong voice.

Her ponytail bobbed along behind her as she bounced on the tips of her toes excitedly, the bright red hair clashing with her freckles and the flushed pink of her face.

Special Agent Scott Alston looked up from where he stood spotting Perrimore. “What is it?” he asked impatiently. Clancy was too easily worked up for a five-year veteran, and Perrimore always took too much weight. If he dropped the bar when Alston wasn"t paying attention, there would be shit tons of paperwork to fill out.

“Garrett and Grady are beating the shit out of each other,” Clancy answered with something resembling relish.

“So?” Perrimore asked in a strained voice. His large arms trembled with the effort to raise the bar and plates. “They"re always doing that.”

He was right, but Alston"s eyes widened with the news. He began to grin even as he helped pull the bar up and hastily settle it into its cradle with a clank. No way did he want to miss this.

“What the hell, man?” Perrimore complained as he sat up and gave them both an exasperated glare. Alston was already following Clancy out of the room when he heard Perrimore protest, “But what"s the big deal? They"re
always
doing that!”

Clancy and Alston emerged into the main gym, where several small groups of agents had dropped what they were doing to gather around the center boxing ring. As Clancy and Alston hurried to watch through the ropes, a chorus of groans and cheers went up as one of the men slammed to the mat with an impact that actually shook the entire ring.

“Get up, Grady! You can"t take that shit from him!” one of the watching agents called out in amusement.

Alston shook his head and folded his arms, listening as someone nearby filled him in on the events that had led up to this.

The fight had started out as a simple sparring match between partners. Nothing special. Nothing for anyone to pay much attention to.

Several people in the main gym had been initially impressed that the newly arrived Special Agent Zane Garrett could hold his own with his temperamental, extremely well-trained partner, but that was about it.

Today"s event appeared to have started as a training session, with Ty giving Zane pointers and lessons in some particular technique.

If Zane was trying to learn from Ty, he"d gone to the right place.

Unfortunately, Ty wasn"t exactly mentor material. Everyone in the Baltimore office knew that Special Agent Ty Grady was good for one thing in the ring: embarrassing the hotshot rookies. If you really wanted to spar with him, you had to handicap him somehow. Alston personally preferred the knee-to-the-nuts-in-the-locker-room-prior-to-sparring method. That usually evened up the odds a little. Usually.

Heads began to turn when the gentle sparring, quips, and teasing between partners had become slightly more heated and the jabs had become true punches that caused the combatants to stagger back with each blow. It was common knowledge how difficult it was to work with Ty Grady. It had come as no surprise to anyone when Zane Garrett arrived that they were always at each other"s throats, especially when it turned out Zane was about as headstrong as Ty, which was really Fish & Chips | 3

saying something. There was already a pool on how long the partnership would last.

“Now, come on, Grady. You taught me that move yourself,” Zane said as he backed away a couple steps, his wrapped fists still up and ready. His plain gray cotton T-shirt was soaked through with sweat and pulled across well-defined muscles as he shifted his shoulders. Alston had to admit Zane was a big dude and saw how he could be sort of intimidating. Not that it would matter a bit to Ty.

Ty rolled to his side and pushed himself up with a low groan. He wasn"t quite as tall or broad-shouldered as his partner, but he was solid from head to toe, still a big man in his own right. Alston was of the opinion that his attitude gave him a more imposing air than his bulk.

Every agent here knew Ty Grady through one avenue or another. And everyone knew he was just one twist short of a slinky.

He was wearing a white shirt with a picture of a scarecrow on it accompanied by the words “out standing in his field.” Not one of the watching agents gave it a second glance. It was, they all knew, his favorite shirt.

Ty looked up at his partner and snarled at him, seemingly unaware of the people watching and now placing bets on who would be the winner. He rolled his shoulders and began to circle again, taped fists up and close to his face. Zane moved in a mirror image, watching Ty intently.

“There"s no way Garrett can stay in too long with Grady,” Alston predicted. It wasn"t that he didn"t like Zane. He seemed like an okay guy. Maybe a little dull and straight-laced. But it was
Ty
he was fighting. The former Marine was on a short fuse on the best of days.

When he lost his temper, there was never any telling what would be rigged to blow by the end of the workday.

“He"s been in there twenty minutes already,” Clancy said, arms crossed as she watched.

“Yeah, but it didn"t get serious until a few minutes ago,” another agent told them.

“Garrett may surprise you,” Fred Perrimore said as he joined them. While he was built heavy and barrel-chested, Alston stood three 4 | Madeleine Urban & Abigail Roux

inches taller than him at six feet, and they both towered over Clancy"s petite frame. “He"s got some moves.”

“Having „moves" and being trained to kill by the government are not the same thing,” Alston said with a derisive laugh.

As if to emphasize his point, Ty moved in a graceful series of feints, jabs, and an arcing roundhouse kick to send Zane to the mat with a resounding thump. He danced away lightly before Zane could touch him.

“Hands ain"t the only things that hit, Garrett,” Ty said in a low voice, a slight smirk curling his lips.