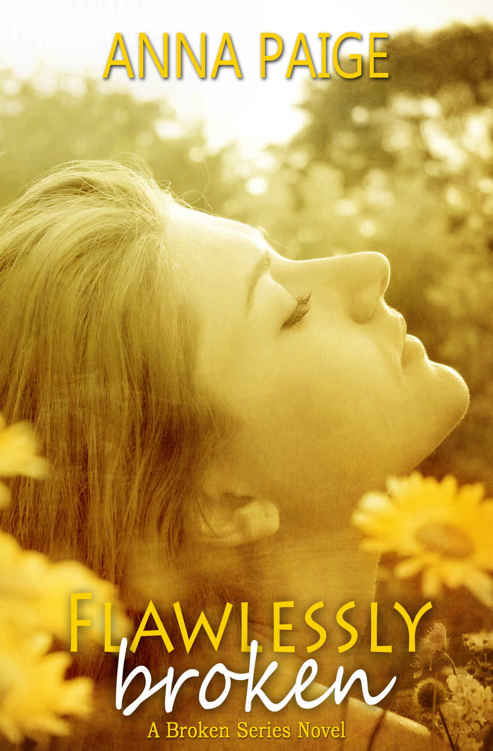 With the exception of quotes used in reviews, this book may not be reproduced or used in whole or in part by any means existing without written permission from the author.

Warning: The unauthorized reproduction or distribution of this copyrighted work is illegal. No part of this book may be scanned, uploaded or distributed via the Internet or any other means, electronic or print, without the publisher’s permission. Criminal copyright infringement, including infringement without monetary gain, is investigated by the FBI and is punishable by up to 5 years in federal prison and a fine of $250,000. (
http://www.fbi.gov/ipr/
). Please purchase only authorized electronic or print editions and do not participate in or encourage the electronic piracy of copyrighted material. Your support of the author’s rights is appreciated.

For the part of me that still has doubts about this author thing.

What the hell was I going to do with two solid weeks?

I sat behind my sleek, cherry desk, looking over the neatly-stacked files in my outbox. My inbox stood empty on the other side. Mocking me. How was it possible that only a few months ago I had more on my proverbial plate than I could handle, and now I had nothing? Absolutely nothing.

Brant—one of my business partners and a close friend for many years—strolled in with a smile on his face, not a care in the world. He took a handful of chocolates from the bowl on my desk before plopping himself into the soft leather chair across from me. “It’s just about quitting time isn’t it, Spence? You ready to start your vacation?”

I tapped a pen on my blotter and glanced at the clock, not feeling nearly as chipper as my friend. “I wouldn’t call it a vacation. A delay, yes. An inconvenience? Absolutely. This ‘vacation’ is throwing off the entire build schedule.”

He let out a soft chuckle and shook his head, crunching on the last of the candy-coated chocolates before leaning forward. “Come on, man. It’s not your fault the owner didn’t have his shit together in time. It’s only two weeks, Spence, and the build will still finish on time despite the delays. We’ve never missed a deadline.” His brows rose a bit as he nodded toward the pen in my hand. “You’re too wound up. You need to let loose for a while, enjoy the time away from the office. Go out and do something that would make Clay proud.”

Clay—my best friend since I was ten and our other partner—was away working on a solo project for the next couple of months. Well, not entirely solo. His fiancé, Ali, was working on the project with him. They had until the end of spring to get everything done, as the amusement park that had contracted their artistic skills would be opening at the beginning of June.

Before Clay’s transformation into a one-woman man, he was quite the party boy and manwhore. Now, he only had eyes for Ali. I was glad that he’d finally found some happiness. He deserved it after all he’d been through.

I shook my head at Brant, laughing for the first time all day. “I don’t think it’s a good idea for me to assume the recently-vacated role of manwhore. Look what happened to Clay. He had crazies coming out of the woodwork.”

“Yeah, but he had a lot of damn fun for a while there and still found Ali despite all that.”

“So, you think I’ll find the love of my life by first nailing anything in a four-inch heel? I don’t think it usually works that way.”

The leather creaked as Brant shifted in the chair, placing his elbows on his knees, hands clasped between them. “I’m not saying to sleep around. I’m saying go out and have some damn fun. Have a few drinks, dance with a beautiful stranger, whatever gets your heart pumping. You spend too much time behind this desk.” He slapped the desktop for emphasis. “It’s like you’re chained to it or something. There’s more to life than what goes on behind these walls.”

I narrowed my gaze, looking him in the eye. “Where the hell did that come from? You just said more in five minutes than you usually do in a week. I thought you were the quiet one around here, so what gives?” His sheepish look confirmed my suspicions. “Fucking Clay put you up to this, didn’t he?”

His silence was all the answer I needed.

Tap tap tap. The pen was hitting the blotter in rapid succession now. “So, he asked you to what? Babysit me?”

“No. He just knew you wouldn’t want to take the time off, even if you would be the only one in the office. He asked me to help get you out of here for a while. That’s all. You’ve been busting your ass, juggling more than any one person should. He just thought you needed some time to relax.”

He shrugged. “I think he has a point. You do take on more than you should and that puts a lot of stress on you.”

“That’s my business, not his and not yours. I’m a grown-ass man.” I was trying not to snap at him. Brant was just the middleman in this and getting pissed off at him wouldn’t help the situation.

His eyes met mine and he nodded. “I know you don’t like what Clay did but just think about it from his point of view.”

“How so?” I scowled indignantly.

“He and I spend all of our time in the field, on job sites, getting our hands dirty. At the end of the day, we get to go home and wash all that away. When you go home you’re still taking calls from clients, working on scheduling, balancing the books... it never stops for you. You’re on the job 24/7 and we both feel like shit because there’s nothing we can do to help. I think that’s what Clay was trying to do, help. He wanted to make sure you got some down time because, more than anyone else, you deserve it.”

I dropped the pen onto the desk with a groan. “How the hell am I supposed to be mad now?”

ON THE WAY HOME,
with a seemingly endless expanse of free time stretching out before me like blacktop surrounded by barren field, I called Clay.

He picked up before the second ring, as if he’d anticipated the call. “Hey, Spence. I was just about to pick up the phone to call you. You must be clairvoyant.”

I harrumphed softly, the last of my annoyance slipping away. I still had to bust his balls, though. “You sure you weren’t going to call Brant instead? Maybe get an update on operation ‘Spencer needs a life’?”

There was laughter in his voice when he replied. “It was all his idea, I swear.”

He tried again. “Okay, it was Ali. You know how women are.” Ali’s voice rang out in the background but I didn’t quite catch what she said. I did, however, hear a thud and Clay’s startled ‘ouch.’ Served him right. “Okay, okay. It was all me. I’m a terrible friend for wanting you to enjoy your vacation. God, what an asshole I am.”

His voice was finally serious when he said, “So, I’m forgiven?”

“Yeah, fucker, you’re forgiven. Now why were you about to call me? Ali’s there with you, so I know you’re not in need of bail money.”

He blew out a breath and hesitated.

He never did that pause-for-effect thing. Hated it. This must be bad.

The soft rustling of a hand covering the phone was followed by a moment of quiet discussion, I assumed with Ali. Clay’s voice finally came back on the line, softer and unsure. “I kind of need a favor. Well, we both do.”

“What kind of favor?”

I remembered Talia. She was Ali’s best friend and—before Ali moved in with Clay—roommate. We’d met for the first time in Denson the night of the fire that had nearly killed Ali. Talia had been a wreck and I had done what I could to keep her spirits up between trips to visit Ali in the ICU. “Of course I remember her.”