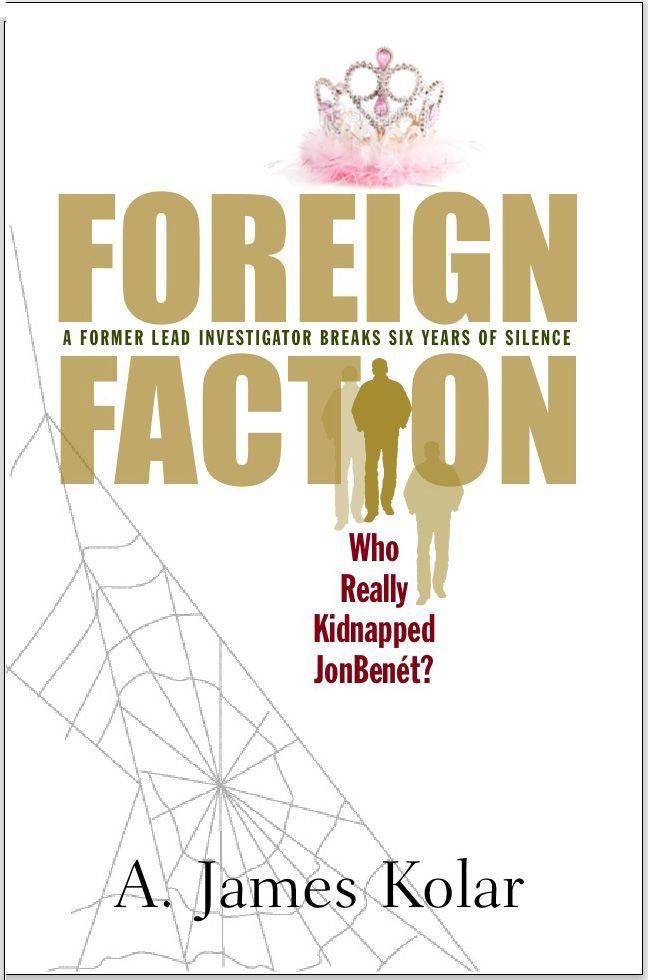 Printed in the United States of America. No part of this book may be used or reproduced in any manner without written permission, except in the case of brief quotations embodied in critical articles or review.

This work may be purchased for educational, business, or sales promotional use. For information please write Ventus Publishing, llc, at P.O. Box 1163, Telluride, CO 81435. USA

This work is dedicated to the men and women of the Boulder Police Department, past and present, who never wavered in their pursuit of the truth….

Forever a place in my heart…

In the faces of our children we are granted the opportunity to glimpse the future and the untimely death of one irrevocably changes us all.

As criminal investigators, it is our chosen duty to go willingly into the breach in defense of the weak and the powerless: to stand tall in the face of adversity, and to seek the truth no matter where the course may lead.

A
n author should always take a moment to recognize the people who have assisted, and encouraged them, as they moved forward in their endeavor to publish a manuscript of this magnitude. Friend, author, and fellow sailor, Robert Rubadeau, helped guide me through the writing process that he aptly describes as “navigating the hooptedoodle,” and I am forever in his debt for his patience and sage advice.

Additionally, the technical aspects of producing a work of this caliber would not have been possible but for the assistance provided by legal counsel, Thomas B. Kelley, of the prestigious Denver law firm, Levine Sullivan Koch & Schulz, LLP; as well as the editorial, research, and design assistance provided by Regan R. Tuttle, Harry Stephens, Tricia Griffith, Tracey Woodrow, and Dan Pauley.

Moral support, and suggestions regarding media engagement, was provided by veterans of the news media, Carol McKinley, and Shelley Ross. Over the years I have come to admire, and respect these women for their constant display of professionalism, objectivity, and credibility in the world of international news reporting. I would like to think that I am fortunate to count them as friends, as we struggled to uncover the truth regarding the circumstances surrounding JonBenét’s death.

More importantly, the men and women of the Boulder Police Department deserve special recognition for the heartache, pain, and ridicule, which they endured as they struggled to identify the people responsible for this horrendous crime. I owe a debt of gratitude to the many investigators who never hesitated to take the time to answer questions about their role in the murder investigation, explain the background about a particular course of action, or provide insight about the theories that had been considered over the course of the investigation.

To name but a few, I would like to thank the following people for their assistance, and contribution to my work in this investigation: Rick French, Tom Wickman, Steve Thomas, Tom Trujillo, Mark Beckner, Kurt Weiler, Ron Gosage, Greg Testa, and Shelley Hisey.

My deepest appreciation is extended to Dan Buday for his single-handed efforts in converting this manuscript to an e-book format. I was having difficulties getting this accomplished and he was gracious enough to step forward and volunteer his time to see this project through to its conclusion. As with many who assisted me in this endeavor, it was a collaborative effort and I am in his debt

To many of those who provided support and encouragement behind the scenes: I say to you, Fair winds and Godspeed. May you always find a favorable wind at your stern, and a bright star to help guide your course.

T
he fifteenth anniversary of JonBenét Ramsey’s death has recently passed, and authorities appear no closer to charging anyone in this murder than they were a year into the investigation. It is one of the reasons that I have decided to write in a candid and uncensored fashion about my experiences as a lead investigator in her death.

The destination in a journey is said to begin with the first step. What follows is the story of my journey and how I unexpectedly found myself involved in the middle of JonBenét’s murder investigation. This book is a journal of my discoveries, some of which had been unearthed by the men and women who preceded my participation in this case and others that I stumbled upon on my own. In the final analysis, it comprises the cornerstone of my beliefs regarding a new investigative theory of the crime.

I have heard it expressed that the presumption of innocence does not attach until a defendant sits before the court at trial. Everything that goes before that event is an element of the investigative process, and I believe there are still active steps to be taken to achieve resolution and closure in this case. One has to be committed, however, to pursuing the truth, examining every lead of merit that presents itself, and be willing to explore the darker side of human behavior.

What follows is presented in four parts. Part One addresses the shape of the case as it developed before I became involved. Parts Two and Three provide a chronicle of what I learned and thought about the facts of the case and the development of my beliefs about the direction the investigation should take.

Part Four recounts some more recent developments and some of my further thoughts and beliefs about the case as it came to its likely final resting place. I should emphasize that my theories are nothing more than informed speculation, based only upon the matters stated as fact in Parts One, Two, and Three. In forming my beliefs, I relied on no information that has not been provided to you, the reader, in those parts of this work.

Thus, you, the reader, can take what is contained in Parts One, Two and Three and accept or reject my theories of the crime, or form your own.

I have undertaken this work not because I believe a prosecution of any perpetrator of this crime will likely result from it, but because I believe it will move public perceptions of this case closer to the truth. I believe that in turn it should provide valuable lessons for agencies involved in the criminal justice process, for families, and for anyone concerned about society’s responses to unspeakable crimes such as the murder of JonBenét Ramsey.

Preface: In the Faces of Our Children

Chapter One - The First Lead

Chapter Five - Cause and Manner of Death

Chapter Twelve – Returning to the Scene of the Crime

Chapter Seventeen – To Tell the Truth

Chapter Twenty-Four – Stepping Off The Fence

Chapter Thirty-Three – SBP and Beyond

Chapter Thirty-Four – The Intruder Left Behind