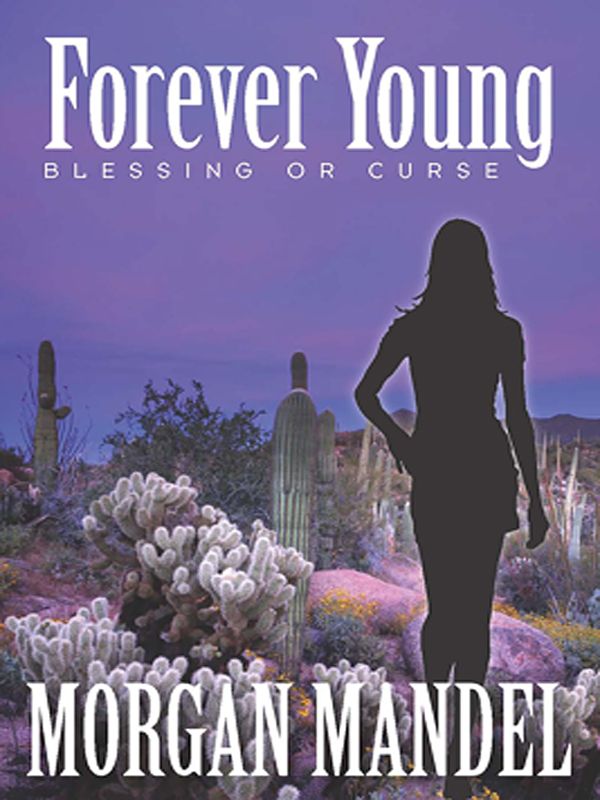 As
always, I’d like to thank my husband, Good Paul, for his encouragement and
support, as well as my good friend, Jeanne Rybarcyzk, who helped me discover
Chicago-North RWA, the best critique group a writer could ever need.

Also,
I’d like to thank Robert W. Walker for his helpful hints and guidance, as well
as his son, Stephen Walker, for his cover design expertise. Last, but not
least, thank you, Helen Ginger, for another great editing job.

A limp object lay sprawled in the
parking lot where Dorrie was to meet her husband. It looked like, no it
couldn’t be...

Pulse pounding, she hit the
brakes and flung open the door. A few steps, and she stood  staring in
disbelief at her husband’s still form. That red streak didn’t belong in Larry’s
salt and pepper hair, nor should it mar his olive skinned cheeks, and trickle
onto his white cotton shirt.

She groped in her purse for the
smartphone. Fingers shaking, she dialed 911. “There’s been an accident at the
Life is for Living Institute. I need an ambulance. Hurry, please.”

A
helpless feeling engulfed her. If only she knew first aid, but in all her
fifty-five years, she’d never bothered to learn. She had to do something, but
what? Bending down, knees scraping the asphalt, she touched her husband’s hand.
“Larry, it’s all right. I’m here.”  She wanted to be brave for him, but
couldn’t keep her voice from quavering.

He
whispered something she couldn’t catch, something about his iPhone.

“I
found it on the nightstand, Larry. It’s right here in my purse.”

“Dorrie,
I want you to keep it. Something’s…on it,” he gasped.

She
bent closer. “I know honey, all those songs and photos. They mean a lot to me,
too. Don’t worry, when we get home tonight, we’ll share them together.”

He
struggled to speak, but his voice faded in and out. He probably shouldn’t talk.
Where was that ambulance? Her husband needed help.

Larry
flashed a weak smile and looked straight into her eyes. “Love ya,” he
whispered.

Stifling
a sob, she completed the ritual. “Love ya, back.” In their thirty years of
marriage, how often had they said those words to each other?

His
lips stilled. His hand slackened. His brown eyes stared unseeingly, as his face
froze into a smile.

This
can’t be happening. Larry, you can’t leave me. It’s too soon.

Blood
rushed to her head. Roaring filled her ears. Larry couldn’t be gone. She’d
prove it. Dorrie bent to kiss his lips. They felt warm and soft. He must be
alive. Soon the ambulance would come, the paramedics would fix him, and he’d be
all right.

She
glanced again at Larry’s still form. The truth hit, sucking her breath away.
She didn’t need a medical examiner to tell her what she could see with her own
eyes. Larry had left and would never return. Her stomach convulsed, her chest
heaved with sobs.

It
shouldn’t end like this, not in the middle of a parking lot. Larry deserved
better. So did she.

Dorrie
barely managed to pull a cream linen jumper over her head and clasp her damp
gray/blond hair into a barrette before the doorbell rang. Lips set in a grim
line, she rushed downstairs to the front door. She’d been waiting for this
confrontation. Now she’d get to the bottom of things.

The
peephole revealed Larry’s boss, Roman Remington, standing before the backdrop
of the blue Arizona sky. She’d never met him in person, but recognized the long
blond hair and six foot frame of the Angel Man, famous for his infomercials.
Probably in his mid-thirties, he seemed more handsome in person than on TV. Not
that she cared about looks. She needed answers. The man had some explaining to
do.

Dorrie
opened the wood planked door to an assault of mid-morning sunlight. It struck
her swollen eyelids, making her squint.

“Mrs.
Donato, thank you for agreeing to my request. I’m dreadfully sorry about your
husband, and wish I didn’t have to disturb you at a time like this. I’ll get
this over as quickly as possible.”

When
he’d called, she’d been in too much shock to press issues. She didn’t feel any
better now, but the desire to know consumed her. She stood ramrod straight,
hands on her hips, staring up at him. “Before you come in, Mr. Remington, I’d
appreciate you enlightening me on a few matters.”

She
flashed him an assessing glance, and frowned. Though her world had collapsed, he
appeared unruffled, as if Larry’s death didn’t matter. What value did one
employee hold in the scheme of a multi-millionaire’s life?

Remington’s
bland exterior belied compassion, making her speculate what would make him
react. If she shoved him into the ocotillo cactus in back of him, would he
flinch when his flesh hit the thorns? She resisted the urge to find out. More
important matters required her attention.

“Mr.
Remington, maybe you can explain something to me. The police say they have no
idea whose vehicle struck my husband. Apparently, the plates were smudged and
your cameras couldn’t read the number. When I drove up, I didn’t see a guard
anywhere near the station. In fact, the gates lay wide open. I’d expected more
diligence from what I’d thought was a well run operation.”

Irritation
followed by regret, flashed through his blue eyes. “Mrs. Donato, you have every
right to express your displeasure. Words can’t convey how deeply disturbed I
am. This tragedy should never have occurred. My guard should have been there.
That’s his job and he knew better. Believe me, I questioned him immediately
upon word of the accident. He explained how an unanticipated intestinal
emergency necessitated his abandonment of his post before he could arrange a
substitute. It’s unfortunate his call of nature occurred at such an inopportune
time.”

She
raised her eyebrows. “Unfortunate? Inopportune? That’s not how I’d describe
it.”

“I’m
sorry if that came out wrong. I didn’t mean to sound callous. Please, forgive
me.”

Dorrie
nodded in resignation. The excuse did seem plausible. She couldn’t hold a
grudge against anyone for being in the throes of a bodily function beyond his
control. The poor guard probably felt bad enough as it was. Why make him suffer
more? Like air from a pricked balloon, her anger dissolved, leaving a flat
emptiness in its wake.

She
moved aside. “You may as well come in and take what you need.”

Mr.
Remington bent down to pick up a cardboard box and stepped into the front hall.
She led him past the family room with its cream and olive colored couches,
recliners, and sun resistant drapes, then down the main hall until they reached
the last room on the right.

“Here’s
where Larry worked,” she said, pointing to the den with its auburn and black
jacquard carpeting and teeming bookcases.

As
she watched Mr. Remington enter the den she and her husband had decorated right
after putting their bedroom together, a surreal feeling gripped her. It didn’t
seem right for anyone to invade her husband’s sanctuary. Then again, nothing
seemed right after the accident.

She
bit her lip to keep it from trembling. She’d done enough crying at the funeral
on Saturday, which she’d kept private, except for close friends and family.

It
had been all she could do to cope with her own and her in-laws’ grief, along
with that of Larry’s best friend, Keith Nash, and his brother Steve, whom she’d
almost married years ago.

They’d
offered comfort as best they could, though they’d all been reeling from the
shock and pain. If only Jeanne had been there for support when Larry’s casket
was lowered into the ground, but Dorrie couldn’t impose on her friend who
caretaked a very ill father.

Her
mind had wandered off again. She had to get a grip on herself while Larry’s
boss was in her home.

Dorrie
crossed into the room and handed Mr. Remington the grey laptop computer from
Larry’s battered desk. “I believe this belongs to the Institute. It’s got one
of your stickers on it.”

“No,
I have my own notebook computer in the kitchen.”

“No,
Mr. Remington. Larry would never have breached the Institute’s security.”

His
face cleared with relief. She could understand that. With all the viruses and
malware going around, one couldn’t be too careful.

Determined
to make a good impression at his new job, Larry had gone by the book, yet what
had it gotten him? How ironic to be struck down in the parking lot of the
employer he’d tried so hard to impress. All that care had gone for naught. Her lip
trembled. She composed her face to keep from crying.

Mr.
Remington shot a sympathetic glance. “This must be hard on you, Mrs. Donato,
especially since you were there when it happened.”

She
swallowed hard. “Yes, it is difficult. I don’t expect it to get better any time
soon. Reality hasn’t sunk in yet. Though I saw my husband buried, my mind plays
tricks on me. I keep expecting him to walk in the door any minute.”

Taking
a shaky breath, she continued. “I’m lucky I didn’t see the accident itself. If
I had, I know it would have been indelibly etched in my memory. When I got to
Larry, I barely had time to say goodbye.”

As
the scene unfolded in her mind, her knees shook and the room dimmed. She heard
Mr. Remington say in the background, “You can take comfort in the fact he
didn’t suffer long. That’s a blessing of a sort, isn’t it?”

“Yes,
thank God. Still, you’d think the jerk responsible would have had enough
decency to stop and see how Larry was.  I can’t understand how anyone
could be so heartless. That person should rot in jail.”

“I
understand your sentiments.”

She
sighed. “I wish I could have gotten a description, but all I saw was a silver
SUV disappear up the mountain.”

“That
leaves it pretty much open. I own a silver SUV myself.”

She
gave a short laugh. “See what I mean? Most likely I’ll never know.”

“You
may be right. The driver is probably too afraid to come forward and confess.”

She
knew about fear, all right. Try sleeping alone in an empty two-story house
after living with a loved one for thirty years. What good were stone walls
surrounding her patio and backyard when anyone could pick a lock and waltz
right in? Every creak in the middle of the night sounded like footsteps
creeping up the stairway and along the carpeted hall to the master bedroom
where she sleeplessly huddled. To call her misgivings the product of an
overactive imagination offered small comfort in the dead of night.