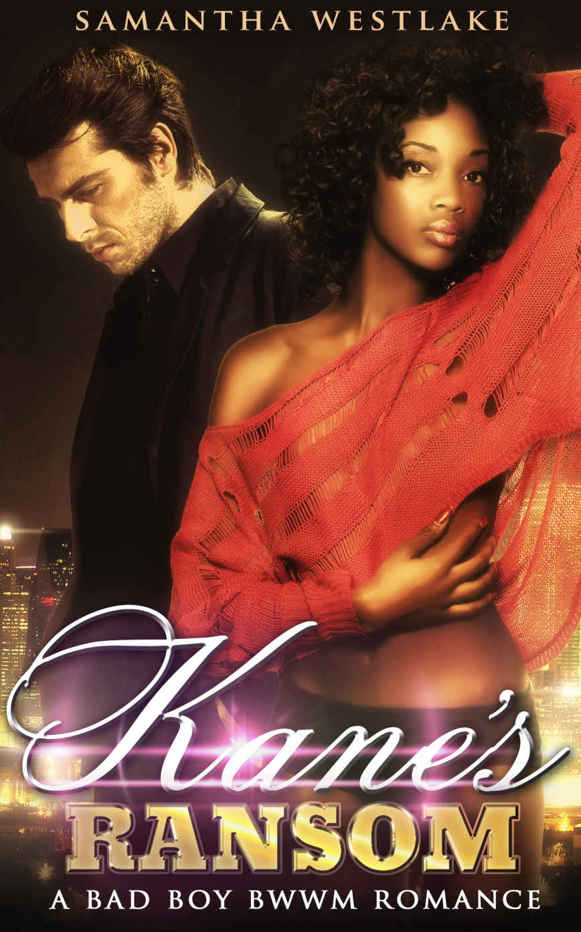 Other Works by Samantha Westlake

Adult content warning: All characters are legal and fully consenting adults and are not blood relations.

Thank you for picking up one of my books. Chances are I'm in the process of working on another one! Hey -- Did you know that you can read my whole catalogue free when you subscribe to
Kindle Unlimited
? It's true! If you aren't subscribed, I would highly recommend it.

I have started
this little newsletter
to let all of my beautiful readers know when I'm offering discounts, releasing new books, and giving away
FREE EXCLUSIVE CONTENT
. The sign up takes about four seconds (seriously). I will never share your email address with anyone, you will never receive any spam, and you can unsubscribe at any time with the click of a single button.

Can't open the link? Copy and paste this link into your browser:

To the ones who clawed their way to the top.

"This life of ours, this is a wonderful life. If you can get through life like this and get away with it, hey, that's great. But its very, very unpredictable. There's so many ways you can screw it up."

Killian Kane groaned as he sat up in bed, his hand fumbling about blindly on the nightstand beside his bed for the beeping alarm. He kept his head pressed against the pillow and his eyes firmly shut, trying to savor the last few seconds of sleep before he had to acknowledge that he was awake.

His fingers finally found the rectangular shape of his phone, and he stabbed his thumb down on the top button to silence the persistent beeping. He knew that he'd only bought himself eight minutes of snooze time, but even as he rolled onto his back in the middle of the bed, he stubbornly refused to open his eyes.

After counting slowly to sixty, however, he forced his heavy eyelids open. Another day, he thought to himself, as he pulled himself up into a sitting position in the bed, the covers falling away from his bare chest.

He tried to remind himself that he chose this, that this is the life he wanted. This was freedom.

Yet still, it felt a bit like being stuck in limbo.

Killian looked around his room for a minute before pushing his covers the rest of the way off of his body. It was a cozy house, he thought to himself. Small, suitable for a bachelor, but with a nicely lived-in feel. Killian wasn't much of an interior decorator, but he'd found a nice print of a seaside, and he had carefully drilled a small hole above his bed to mount a hook in the wall. He usually did a good job of putting away his clothes, but he noticed a few articles of loose clothing laying on the floor where he'd dumped them last night.

With a sigh, he pulled himself over to the edge of the bed. He'd upped his physical fitness regimen, but he still sometimes felt aches and twinges in the morning as he climbed out of bed. He tried to ignore them, but a particularly sharp little twinge in his back made him wince as he stood up.

He was on the far side of forty, he reminded himself as he stretched his arms above his head. He knew very well that this was the point where his muscles started breaking down, where even rigorous exercise wasn't enough to keep him in peak physical condition.

"I'm getting old," Killian muttered to himself as he examined his physique in the mirror on the wall across from his bed.

Still, he had to admit, he looked good for forty-two. When he flexed, his biceps and shoulders stood out clearly, and he felt especially proud of the six-pack abs that slipped down to touch his boxers at his flat waistline. He looked a little pale, he noted, trying to think of the last time he'd spent much time out in the sun.

A glance out his window revealed the sorry state of his front lawn. "Kill two birds with one stone," Killian commented to himself, making a mental reminder to go pull weeds and cut the lawn.

But his regimen came first.

Still clad in just his boxers, Killian hopped up and down on the balls of his feet a couple of times as he left his bedroom, loosening up his joints. He headed downstairs to the little basement gym he'd set up for himself, swinging onto the bench beneath a barbell with practiced ease. He took a couple of deep breaths, getting the oxygen into his lungs, and then began hoisting the bar up and down.

Killian worked through his usual sets, alternating between bench presses, squats, deadlifts, and some free weight exercises with a couple of sets of dumbbells. Forty minutes later, when he finally dropped the heavy barbell back onto the support rack with a grunt of exertion and a metallic clang, he was breathing hard and covered in a thin sheen of sweat.

"Not done yet," he reminded himself, although he'd performed the same routine every day for the last six months.

Moving over to a stationary exercise bike, Killian climbed up onto the seat, once again thanking his past self for ordering the bike seat with extra padding. He picked up the television remote, clicked on the flat screen television mounted on the opposite wall, and began pedaling hard as the perfectly coiffured head of a news anchor appeared, her mouth already open as she read off the words on her teleprompter.

Most of the news was meaningless noise to Killian as he pedaled along on the stationary bike, grunting as he strained against the internal resistance bands. Violence seemed to be increasing in nearby Dallas, the closest big city to his little retreat. "Some sources believe that this may be connected to Mob activity," the news anchor commented.

Killian grunted. "No shit," he muttered to himself, shaking his head without slowing his pace.

Half an hour later, he could feel the agony creeping up his legs, and the news cycle was starting over again. With a sigh, Killian climbed off of the stationary bicycle, clicked off the television set, and headed upstairs to wash the sweat off of his body with a shower.

When he emerged from the bathroom, running the towel over the dark head of hair that he kept neatly trimmed at a single inch of length, the sun was just beginning to creep up above the horizon, sending beams of red and orange blazing out across the otherwise dark sky. "Looks like another dry, sunny day in Texas," Killian commented out loud as he glanced out the window, before turning to his dresser and pulling out some jeans and a plain shirt.

Stopping in his little kitchen, Killian opened up the fridge, stuck his head inside, and then closed the refrigerator door without removing anything. He didn't have much in the way of food, but when had he ever bothered to stock the place with breakfast food? He always ate at the same place, anyway.

For a moment, thinking of his next destination, Killian's heartbeat quickened ever so slightly. He stopped, glaring down at his chest as if offended at the suggestion of emotion. "Knock it off - I'm alone, and that's the only safe choice," he muttered to himself, although his heart didn't seem to take the hint.

A second later, however, he glanced up. "Great; now, I'm talking to myself," he sighed. "Maybe I ought to get a cat or something. Or a fish. Isn't that what lonely people do?"

Killian sighed, and then headed out of the kitchen and into the living room. He grabbed his laptop - an expensive, high-quality model that the salesman assured him was the thinnest one on the market - and slid it into his leather shoulder bag. Slinging this across his chest, he sat down on the couch, pulled on his boots, and then headed out the house's side door to the attached garage.

Despite being a fairly small house, Killian appreciated that the property had come with a two-car garage. The car on the right side of the garage remained covered with a tarp, but his lips widened into a smile as he examined the large, chunky motorcycle parked on the left side.

Walking in a slow circle around the hog, Killian ran his finger over the smooth metal, checking for scratches or rust. Nothing, as usual; he made sure to keep his ride clean. Still smiling, he threw a leg over the chopper, pulling the key from his pocket and slipping it into the ignition as he lifted the kickstand with one foot.

At the touch of the ignition button, the motorcycle obediently roared into life, letting out a couple of loud growls as he gave the engine some gas. Killian hit the button to raise his garage door, and then pulled out of the structure and headed down to the street, savoring the rumble of the powerful 1200 cubic centimeter engine mounted between his legs. Out on the street, he paused for a moment while his garage door obediently closed again, and then set off down the road, headed into town.

There wasn't much of an actual town, to be honest, he admitted to himself as he rolled along the highway. Commerce, they'd named the town, perhaps out of misplaced optimism. With fewer than ten thousand residents, even including the cattle that lazily chewed on grass in the surrounding fields, the place barely even warranted a label on a map.

No one ever chose to come to Commerce, Texas. That, Killian felt, was just the way he wanted it.

Despite the small size of the town, Killian still chose to live a good fifteen minutes outside the edge, although he could probably call almost the entire little place "edge". When he'd first picked out the house, the real estate agent had warned him that he wouldn't get much in the way of visitors, and that he'd be a good half hour away from any sort of emergency services.