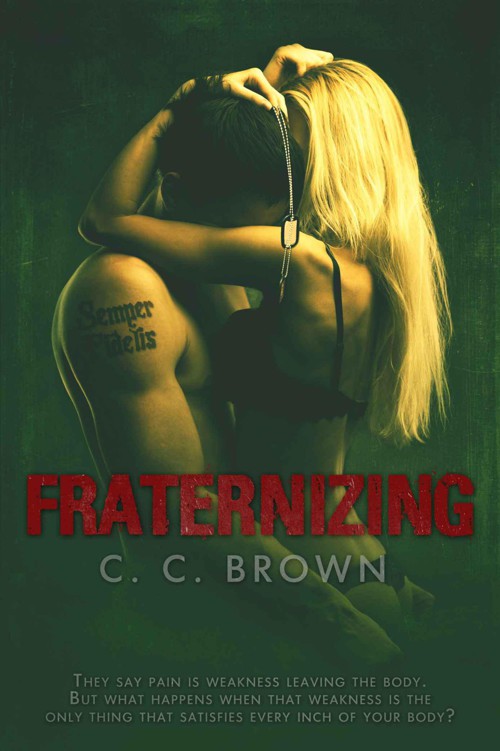 Formatted
by Jennifer Martinez of B3 Publishing

This
e-book is licensed for your personal enjoyment only. This e-book may not be
resold or given away to other people. If you would like to share this e-book
with other readers, please purchase additional copies. If you’re reading this
book and did not purchase it, or it was not purchased for your use only, then
please return and purchase your own copy.
Thank you for
respecting hard of the author.

This is
a work of fiction. Names, characters, businesses, places, events, and incidents
are either the product of the author’s imagination or used in a fictional
manner. Any resemblance to actual persons, living or dead, or actual events is
purely coincidental.

To my husband, my “ALEX”…
without you, this book would not have been possible.

Man in the
Box- Alice in Chains

You Send
Me Swingin’- Mint Condition

The Ghost
of You- My Chemical Romance

Every Rose
Has Its Thorn- Poison

Better
Than Me- Hinder

Radio/Video-
System of a Down

Fall For
You- Secondhand Serenade

To Make
You Feel My Love- Garth Brooks

Nothing
Else Matters- Metallica

"Shots… shots… shots…shots…" It was
all I heard as I threw back tequila shot after tequila shot. My head was
pounding with every chant that left those fucker's mouths and I knew at any
second I was probably going to puke every ounce of that shit up, but through
the incessant bangs in my head, I told myself not to give these assholes the
satisfaction. I would keep that shit down if it killed me.

"Come on Staff Sergeant select, throw
em' back, motherfucker." God, I loved my brothers, but half the time, I
hated them.

Finding out I was selected to pick up Staff
Sergeant in the Marine Corps was not only a reason to celebrate; it was a
reason to get downright trashed. These guys, my brothers in arms, promised me,
from the second I received the good news that tonight would be the night that I
cleaned the bar out, and by the looks of things, they weren't lying.

Coyotes was
jam packed. Not only was it a Friday night,
but
with selection news being thrown around, and being stationed
in the fucking boonies of Twentynine Palms, everybody had a reason to come out
and party. This place was the Marines
hang-out
. There
was always the Enlisted Club--or E-Club--on base, but fuck it, we were too
restricted there, and these fuckers wanted to kill my liver tonight, so out in
town we went.

The usual suspects had packed the bar. As
always, there were the boot, or new Marines who waited every payday to come
blow their pay checks on alcohol, only to have to sit in their lonely ass
barracks rooms playing Call of Duty and other simulated war shit when they ran
out of money. Who was I to stop them? They hadn't seen a lick of combat and
wanted to live it thro
ugh their television screens. Have at
it.

Then there were the military groupies, tag
chasers, or whatever name you felt like calling them. Yes, they exist. All they
want to do is fuck anything in uniform in hopes that they can land themselves
some benefits and a stay at home gig. They scour military hangouts in military
towns, and in Twentynine, any bar is a military hang out. Normally, I steer
clear of these 'ladies', but occasionally, my weakness prevails and I end up
giving in, but I always protect my shit. Babies with one of these types would
be my worst nightmare come true.

Tonight they were all over the place. Tiny
mini-skirts barely covering the cheeks of their ass, pieces of material used to
cover tits, and plenty of make-up, hoping to attract some dude in need of a
quick fuck, with hidden, long term consequences. Most of them, in this town
anyway, were divorced from another Marine and hung around in hopes of nailing
another one. They disgusted me to no end, but hey, sometimes I just needed a
quick lay and if they were available, why not?

Then, there were the guys like me
;
the single Marines who had been around for a bit, letting
loose and having a good time. Even if that fun meant I might end up in the ER
getting my stomach pumped. I didn't care, I was moving up the ranks faster than
I could have ever imagined.

When I set out to join the Marine Corps, it
was out of sheer luck that I got in and it changed my life for the better. My
career in the Corps was owed to my recruiter, who worked tirelessly for me,
pulling so many fucking strings for me, and making sure that I knew that his
name was on my shit and that he would find me if I ever embarrassed him. I knew
then that I had made the right choice and that I wanted to uphold the Marine
Corps mantra of Honor, Courage, and Commitment. I've poured every ounce of my
being into my career, volunteering for combat deployments, leading Jr. Marines,
mentoring, and now, teaching.

Being an instructor at the School of
Communications was not my dream assignment, but I took it in stride, because
like anything with the Corps, they assign you where you're needed and I knew
that. Although it wasn't what I wanted, it was where I was needed
;
so when the orders were passed down to me, I packed up,
shut my fucking mouth, and did what I was told to do.

Picking up Staff Sergeant in just six short
years wasn't on my list of goals. I knew it could happen, but I never expected
it to happen. Now that it had, I was beyond fucking thrilled and needed to
party the way these assholes had intended for me to do, because it was worth
it. The pain and suffering I would feel in the morning was well worth the
bullshit I was putting my body through tonight.

"This night is to Sergeant Alejandro
Cruz, Staff Sergeant select," Riley shouted, throwing back another shot. I
took another, but winced as the burning liquid made its way down. I was damn
near sure that after fifteen of these little shits, my insides were being
singed with every drop that went down my throat.

Sergeant Christopher Riley, or Riley as we
called him, was one of the guys I had known the longest. I'd met him in boot
camp and instantly hated him. He was loud, goofy, and always in my space. I'd
grown up fighting guys like him. But after our brawl in bootcamp one night,
after the lights went out, I grew to respect him. He was a skinny white boy,
too pretty to be a Marine, I thought, and even though I kicked his ass, he held
his own and made me work for it. After that night, we actually forged a
friendship, eventually becoming roommates.

"I don't think I can take much more. Fuck,
you guys are killing me," I stammered out, half drunk, half mortified. I
did not want to bitch out, but I was beginning to feel the effects of my limits
being reached and it wasn't shaping up to be pretty.

"Fuck that. We're clearing this place
out tonight," Jensen yelled, shoving another shot into my face.

Brandon Jensen, Jensen for short, was one of
the first guys I met when I checked into the Comm
School,
I instantly liked him, making him my roommate as well. He was a lot like me. He
loved the Corps and it was evident in the way he carried himself. He, unlike a
lot of the guys I had run into over the course of my
six year
career, believed in the rules and regulations and set out to uphold them at
every turn. I quickly realized that looking at Jensen was a lot like looking at
myself, only he was taller, part Mexican with some black mixed in, and probably
a little better looking than I was. Chicks seemed to flock to him, and while I
caught my fair share, Jensen was like a pussy magnet. They lined up, but he was
always selective, which made me respect him even more.

"Don't pussy out, Cruz. You've earned
this shit," Smith chimed in, patting me on the back.

I Want by Jo Briggs
Floor Time by Liz Crowe
Claiming Ecstasy by Madeline Pryce
Relatively Dangerous by Roderic Jeffries
Stef Ann Holm by Lucy gets Her Life Back
If I Had You (Christmas In Harper Falls) by Mary J. Williams
Under Threat by Robin Stevenson
The Inquisitor by Peter Clement
The Temple of Indra’s Jewel: by Rachael Stapleton
Dipped, Stripped, and Dead by Hyatt, Elise