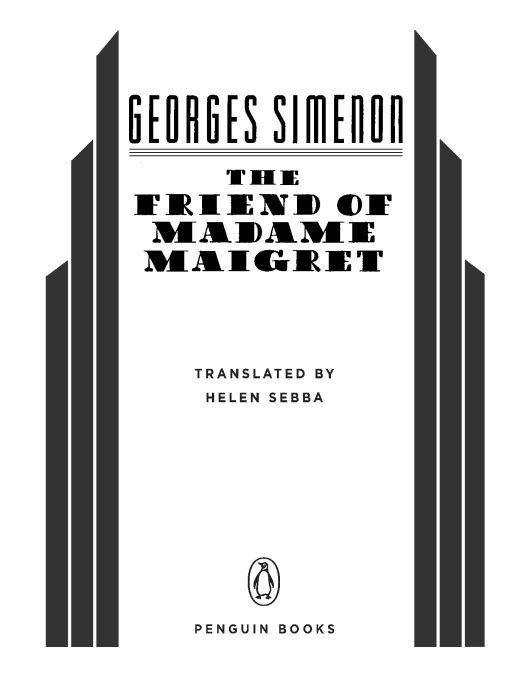 Table of Contents
Title Page
Copyright Page
Â
Chapter 1
Chapter 2
Chapter 3
Chapter 4
Chapter 5
Chapter 6
Chapter 7
Chapter 8
Chapter 9
Â
FOR THE BEST IN PAPERBACKS, LOOK FOR THE
A PENGUIN MYSTERY
THE FRIEND OF MADAME MAIGRET
One of the most significant figures in twentieth-century European literature, GEORGES JOSEPH CHRISTIAN SIMENON was born on February 12, 1903, in LiÃ¨ge, Belgium. He began work as a reporter for a local newspaper at the age of sixteen, and at nineteen moved to Paris to embark on a career as a novelist. According to Simenon, the character Jules Maigret came to him one afternoon in a cafÃ© in the small Dutch port of Delfzijl as he wrestled with writing a different sort of detective story. By noon the following day, he claimed, he had completed the first chapter of
Pietr-le-Letton
,
The Strange Case of Peter the Lett
. The pipe-smoking Commissaire Maigret would go on to feature in seventy-five novels and twenty-eight stories, with estimated international sales to date of 850 million copies. His books have been translated into more than fifty languages.
The dark realism of Simenon's fiction has lent itself naturally to film adaptation with more than five hundred hours of television drama and sixty motion pictures produced throughout the world. A dazzling array of directors have tackled Simenon on screen, including Jean Renoir, Marcel CarnÃ©, Claude Chabrol, and Bertrand Tavernier. Maigret has been portrayed on film by Jean Gabin, Charles Laughton, and Pierre Renoir; and on television by Bruno Cremer, Rupert Davies and, most recently, Michael Gambon.
Simenon died in 1989 in Lausanne, Switzerland, where he had lived for the latter part of his life.
For Nobel Laureate AndrÃ© Gide, Simenon was “perhaps the greatest novelist” of twentieth-century France. His ardent admirers outside of France included T. S. Eliot, Henry Miller, and Gabriel GarcÃ­a MÃ¡rquez. 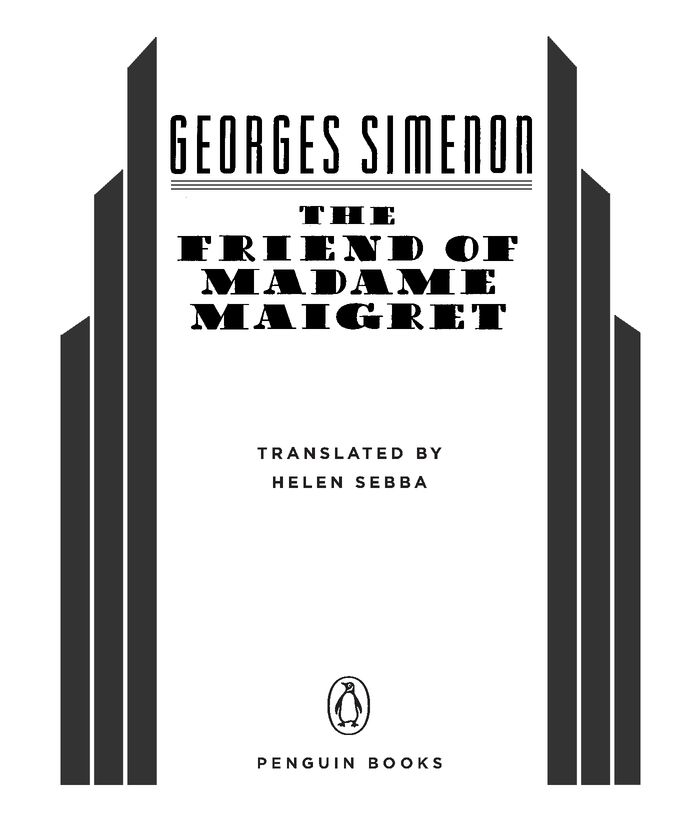 Dial M for Mongoose by Bruce Hale
Captain Future 08 - The Lost World of Time (Fall 1941) by Edmond Hamilton
Not in Your Lifetime: The Defining Book on the J.F.K. Assassination by Summers, Anthony
Late Eclipses by Seanan McGuire
The Venus Throw by Steven Saylor
The Inferior by Peadar O. Guilin
Betrayed by Morgan Rice
Aberrations by Jeremy C. Shipp, ed.
King of Ithaca by Glyn Iliffe
Tracy Tam: Santa Command by Drown, Krystalyn