Read From Nanny To Wife Online

From Nanny To Wife 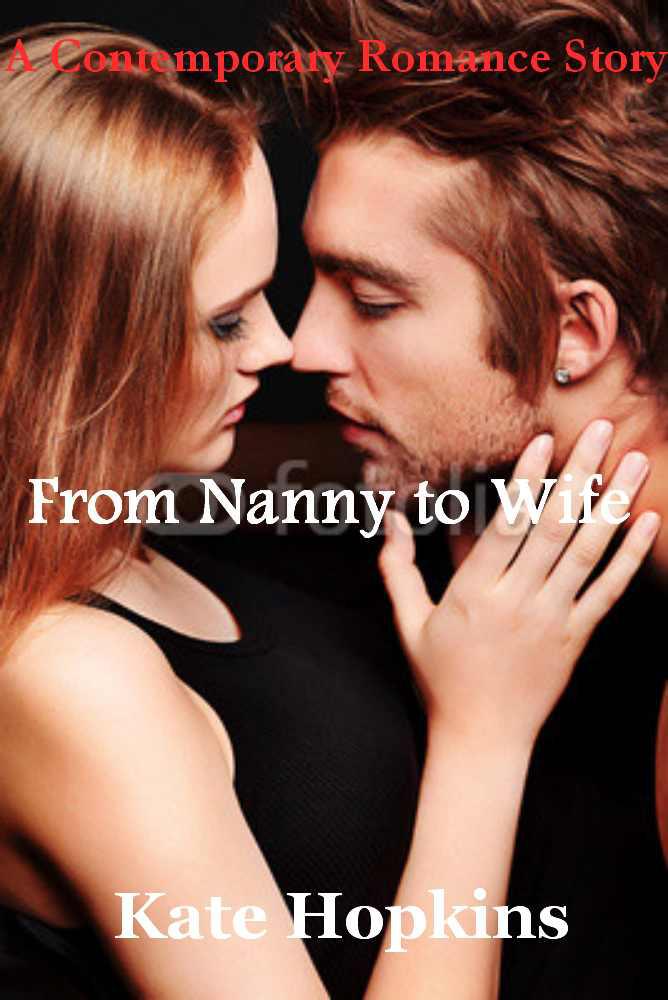 From Nanny to Wife

From Nanny to Wife

This publication is protected under the US Copyright Act of 1976 and all other applicable international, federal, state and local laws, and all rights are reserved, including resale rights: you are not allowed to give or sell this Guide to anyone else. If you received this publication from anyone other than you've received a pirated copy.

Please note that much of this publication is based on personal experience and anecdotal evidence. Although the author and publisher have made every reasonable attempt to achieve complete accuracy of the content in this Guide, they assume no responsibility for errors or omissions. Also, you should use this information as you see fit, and at your own risk. Your particular situation may not be exactly suited to the examples illustrated here; in fact, it's likely that they won't be the same, and you should adjust your use of the information and recommendations accordingly.
Any trademarks, service marks, product names or named features are assumed to be the property of their respective owners, and are used only for reference. There is no implied endorsement if we use one of these terms.

Ryan Kendall stood in front of the large window behind his desk and gazed down at the busy street below. Traffic was heavy as people were getting off work and heading home to their family. The only family he had to go home to was his three-year-old daughter, Zoe. Turning away from the window, his sapphire blue eyes settled on a silver framed photograph on the corner of his large mahogany desk. Ryan picked up the photograph and smiled at the little girl with the pigtails and the yellow dress. She was his life, the reason he got out of bed every morning.

Just then, Ryan's secretary appeared in the doorway. Pam Rogers was in her late thirties with curly red hair and light blue eyes. "There's a little girl on line one who wants to talk to her daddy."

"Thank you, Pam." Ryan set the picture down, picked up the receiver and jabbed at a button on the phone. "Zoe." He heard giggling on the other end of the line.

"Daddy will be home soon, baby girl. I have-"

A loud crash filled Ryan's ear and he grimaced.

"I'm sorry about that, Mr. Kendall," Maggie, who was the housekeeper, said as she came on the line. "She saw ice cream, got excited, and dropped the receiver."

"Don't give her too many sweets," Ryan said.

Ryan dropped the receiver in the cradle. "Pam!" he called out.

Ryan glanced up to find she was still standing in the doorway. "You can go home now."

"Thank you," Pam told him. "Is the little angel all right?"

"She's fine," Ryan answered. "She just wanted to know when I was coming home." He began to straighten the desktop. "In the morning I would appreciate it if you would find a reputable nanny
agency. I need to find a nanny for Zoe. Maggie tries to help, but Zoe is a handful and needs someone who can keep up with her."

Pam stepped farther into the spacious office. "I know someone who would be perfect for the job."

"Tell me about her," Ryan said, opening the top drawer of a file cabinet.

"Her name is Hope Landry. She is a friend of mine. She just moved here two weeks ago and has been looking for a job." Pam sat down in one of the leather chairs in front of Ryan's desk and crossed her legs. "She has been taking care of children for the past seven years. She's thirty-seven, has no children and is single. She adores children and from what I have witnessed they adore her too. Shall I set up an interview with her?"

"Let me check your schedule." Pam rose from the chair and hurried from the office. Coming back, a minute later with a leather bound book; she opened it and scanned the page. "You have several meetings tomorrow afternoon, so that's no good. You have some time free in the morning between nine-thirty and ten. I'll check with Hope and see if she can meet with you then. If you don't need anything else I'm going to go."

"That's fine," Ryan muttered. "I'll see you in the morning."

"Have a nice evening, Mr. Kendall."

Ryan nodded. "You too." He removed a few files from the cabinet and placed them in his briefcase. After making sure he had everything he would need to work at home, he turned off the lights, locked the door, and headed for the elevator.

Forty minutes later, Ryan pulled up in front of the three-car garage and shut off the car. He grabbed his briefcase from the passenger seat and got out. Strolling up the walkway, he reached the front door just as it opened. "Thank you, William," he said to the elderly man in the dark suit.

"You are welcome, sir," William said. "Miss. Zoe is waiting for you in her room."

"Then I better not keep her waiting." Ryan crossed the large foyer, with the polished wood floors, sparkling chandelier overhead, and cream-colored walls, and climbed the stairs, shrugging out of his suit coat as he went. He made his way down the hallway and entered the third bedroom on his right. The bedroom was every little girls dream. The walls were cotton candy pink, the carpet plush and white. Pink and white striped curtains covered the large window above the window seat. Toys filled a bookcase and spilled out of a chest. A tea set was arranged on a little table that had two chairs around it. The furniture was white and small. A small canopy bed covered with the same fabric as the window sat in one corner. It was on this bed that Zoe sat, playing with her doll.

"Hi, baby girl." Ryan put his briefcase on the floor just inside the door and went to join his daughter on the bed. He perched on the side of the bed and Zoe climbed onto his lap. He wrapped his arms around her and kissed the top of her head.

Zoe curled her chubby hand around Ryan's silk tie and looked up at him with eyes the shade of moss green. "I got a boo-boo."

"You do?" Ryan asked softly. "Show Daddy your boo-boo."

Zoe raised her nightgown to reveal a scrape on her left knee. "I fell."

Ryan brushed a curl of Zoe's brown hair back from her face. "You fell off your tricycle?"

"All right, but one story and then its bed time." Ryan set Zoe on her feet. "Go pick a book."

Zoe ran to the bookcase and selected a book. She brought it back to Ryan and settled on his lap once more. "Monkey," she said, pointing at the cover of the book.

Ryan smiled. "That's right." He opened to the first page and started to read. Along the way, Zoe would point at a picture and say what it was. When Ryan was finished, he placed the book on the bedside table, stood with Zoe in his arms, turned and laid her down on the bed. He pulled the covers up and tucked her in. "I love you."

"I love you," Zoe repeated.

Ryan lowered his head and brushed his lips across her forehead. "Good night, baby girl." He straightened up and moved to the other end of the room. After switching on a nightlight, he headed toward the door and bent down to retrieve his briefcase before leaving the room. In the hallway, he came upon Maggie putting sheets in the linen closet.

"Is the little one down for the night?" she asked.

"Yes," Ryan said quietly. "How did Zoe fall off her tricycle?"

Maggie closed the closet and turned to face Ryan. "She ran into a small hole in the back yard and the tricycle tipped over. I took her inside and cleaned her up. The gardener filled in the hole and checked the grounds. There aren't any more holes."

"Good." Ryan checked his watch. "I will be in my office."

"You can take the rest of the night off," Ryan informed the housekeeper.

Ryan's office was located off the master bedroom. He spent most evenings behind his desk with his mind on the work in front of him and one ear on the open door in case Zoe should call out to him. After pouring him a drink, he sat down at his desk and opened his briefcase.

Hope sipped her chardonnay while her smoky gray eyes scanned the crowded bar. Above the noise of the crowd, she could hear the jukebox. It was playing one of those sad country songs about love lost and hearts broken. Wishing Pam had chosen somewhere else to meet; she reached for a handful of peanuts from the bowl on the table and popped them into her mouth.

"Sorry I'm late," Pam said, appearing suddenly with a brightly colored drink in her hand. She slid into the seat across from Hope.

"That's all right," Hope said. "I haven't been waiting long. So, what did you want to talk to me about?"

Pam took a sip of her drink and set the glass down. "My boss is looking for a live-in nanny for his three year-old daughter. I told him about you and he wants to meet with you."

"What is he like as a boss?" Hope asked.

Pam leaned forward. "He's strict, but fair. He likes things done his way and doesn't know the meaning of the word no."

Hope arched an eyebrow. "He sounds impossible to work for."