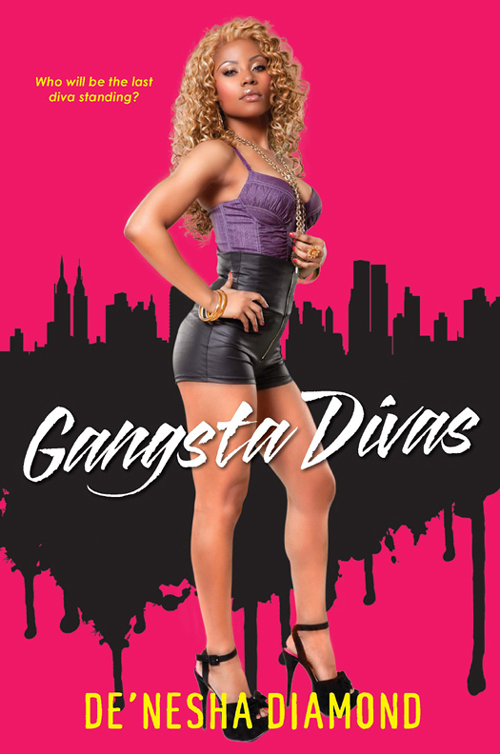 Welcome. It's your third trip to the mean streets of Memphis. By now you know that when the sun goes down, shit starts popping off.The three major female gangs still ruling the gritty Mid-South are the Queen Gs, who keep it hood for the Black Gangster Disciples; the Flowers, who rule with the Vice Lords; and the Cripettes, mistresses of the Grape Street Crips.
The stakes are at an all-time high and blood has a whole new meaning. Here, bad things happen to good people all the time and survival is not guaranteed. Memphis's gangsta divas play by their own set of rules and they're as hard and ruthless as the men they hold down. Only love can destroy them.
Also by De'nesha Diamond
Â
Street Divas
Â
Hustlin' Divas
Â
A Gangster and a Gentleman
(with Kiki Swinson)
Â
Heist
(with Kiki Swinson)
Â
Heartbreaker
(with Erick S. Gray and Nichelle Walker)
Â
Â
Â
Â
Â
Published by Kensington Publishing Corp.
Gangsta Divas
DE'NESHA
DIAMOND