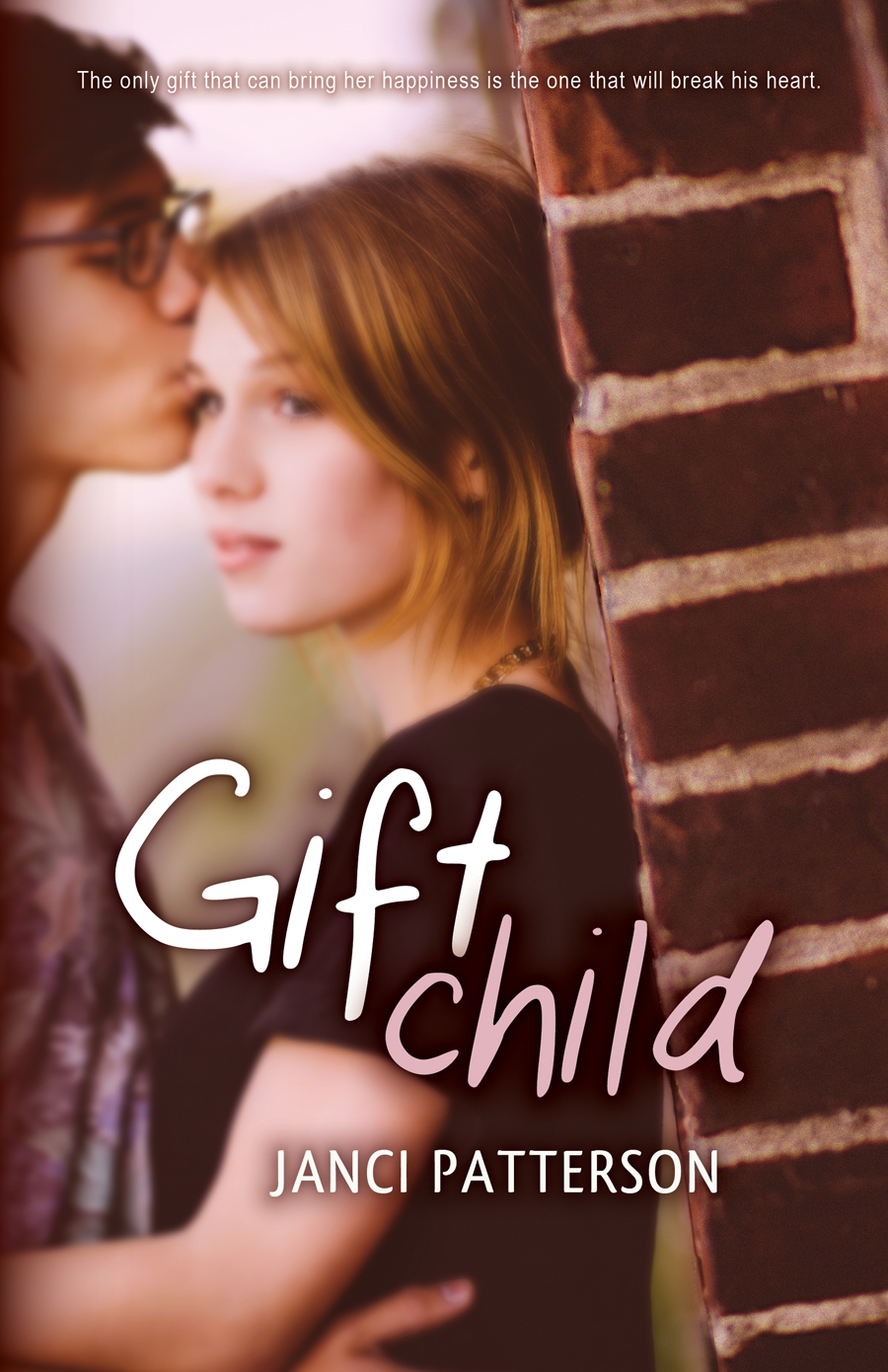 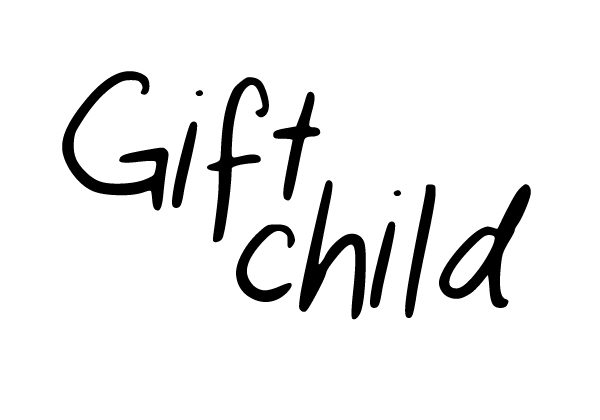 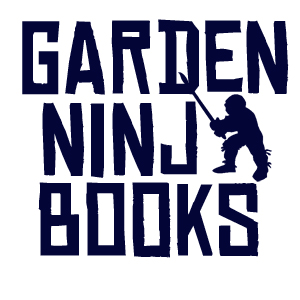 All rights reserved. No part of this publication may be reproduced, stored in or introduced into a retrieval system, or transmitted in any form or by any means, electronic, mechanical, printing, recording, or otherwise, without the prior permission of the author, except for use of brief quotations in a book review.

This book is a work of fiction. Any resemblance to actual persons—living or dead—events, or locales, is entirely coincidental.

Who always believed I could do this

Even when I didn't.

When Mom texted me to tell me that my baby sister was about to be born, I nearly dropped my camera out of a tree. I gripped it in one hand, using the other hand to let go of the branch I was braced on and reach for my phone. My foot was wedged against the trunk and a lower branch, which wobbled, showering raindrops onto my friend Rodney below.

I twisted my wrist around so the lens hood faced down. Trying to dry the lens in this tree would be like toweling off while still standing in a shower. Climbing the tree had been a bad idea in the first place, since it had only barely stopped raining, leaving the branches slippery and wet. Sap streaked down the sleeve of my windbreaker. Water seeped through my jeans and sweatshirt, and even through my tennis shoes. If I was at this much longer, I was going to have wet socks as well.

Rodney had asked me three times if I was sure my shot was worth it. It had better be, or I was going to hear about it for days.

Rodney stood below me, looking up through the branches. "Penny," he said. "Are you
texting
up there?"

"No," I said. "Just checking. It's from my mom."
Lily's in labor,
the message said.
I'm packing for the hospital now.

"Right," Rodney said. "I think tree climbing is a non-texting activity. Like driving. Or making out."

He was never going to let that go, even though it had been nearly six months. "You know, that time was also my mother. She's important, too."

"Tell me about it," Rodney said. "Mood killer."

I narrowed my eyes at him, but he grinned up at me.

Mom was packing? She'd only spent the last two weeks arranging and rearranging her hospital bag, like
she
was the one who might go into labor at any moment. She'd had a plan—mapped it all out, like an emergency evacuation. Lily would text Mom to let her know that she was at the hospital. If it happened during the day, Mom and Dad would both meet there, then Mom would stay with Lily through her labor, just like Lily asked her to. Dad would be on call to get Mom and Lily anything they needed. My older sister Athena would stay at her dorm and generally pretend that nothing was happening. And I would stay at home,
without
Rodney. Mom had reiterated that last point about six times, even though I told her she didn't need to. It wasn't like I'd be asking Rodney to spend the night.

But, like all of Mom's plans to have a baby, this one seemed to have already gotten derailed. It didn't really matter—Mom was just worried about all the things she couldn't plan for, so she over-accounted for all the things that she could. She didn't know how long Lily's labor would be, and she wanted to be at the hospital as much as possible. And Lily wanted her there, unlike the other birth moms, who we'd barely known. Mom took it as an omen that this was the time that was going to work out. Her plan was a shield against the loss of this baby—the tragedy that always seemed to befall our family.

I just hoped that her failure to follow the plan now wasn't a bad omen for the rest of the birth, and the signing of papers after.

Rodney squinted up through the branches at me. "Are you seriously still messing with your phone?"

I shoved it back in my pocket, jarring a branch with my elbow so drops rained down into Rodney's eyes. I smothered a smile. "I'm putting it away," I said. "Hang on." I obviously needed to get home soon to help Mom, but after making Rodney boost me up the tree, I couldn't climb down until I had my shot, mock-worthy or not.

I lifted my camera, steadying my arm on the branch in front of me. The raindrops glistened on the pine needles, sparkling like bunches of bells strung on a green wreath. I wanted to get one particular bunch of needles in focus, against the backdrop of other branches behind. But one misshapen bunch poked up right in my way. I stretched my fingers out to pull it off the branch, but I couldn't quite reach.

"I agreed to help you up there," Rodney said, "but I'm not going to catch you when you dive back down."

"Fine," I said. "You're the one who's going to have to explain to the coroner why your best friend belly flopped onto the ground."

"I'll tell him I've never met you," he said. "I just stopped to talk the lunatic out of the tree."

Rodney was quiet for a moment, then he waded through the grass to the base of the tree. "Fine," he said. "I'm coming up."

I smiled, but as Rodney hauled himself up by his arms, feet scraping against the bark, the branches rattled, bringing fat drops down on me. "Hey!" I said. "Careful! You'll spoil my shot."

Rodney's body pressed against me from behind, his arms taut against the branches. "Nah," he said in my ear. "I'm just rearranging it a little."

A shiver ran down my arms that had nothing to do with the cold. I held still. At least shivers were invisible. I didn't like letting him in on the effect he could have on me. He'd never let me live it down.

With Rodney holding on to my shoulders, I snatched the wayward branch, peeling it back until it hung from the tree by a thread. I stretched out my camera, snapping photos of the sparkly needle bunch. Fresh drops strained at the bottom needles, catching glimmers of the other needles around them just before they fell. I snapped shots three, four, five at a time, until I had enough that one or two of them had to be perfectly in focus.

I twisted around, holding onto Rodney's arm to stay balanced in the tree. Rodney's grip on the branches tightened. "Hey," he said. "You're not bringing me down with you."

I inclined the camera screen so he could see. "Well?" I asked. "Worth it?"

He squinted at my picture. "Worth it," he said.

I poked him in the chest. "Are you only saying that to get us out of the tree?"

He released a branch with one hand, which showered more drops down onto us. Rodney's hair stuck to his forehead, but instead of wiping it away, he wrapped his arm around my shoulders protectively. "Maybe," he said. "I'll tell you once we're down."

I poked him harder, and he grinned. More drops rained down on us, and one of them hit me smack on the eye. My eyes squeezed shut. Rodney laughed, but he steadied me as I reached up to wipe them off.

When I opened them again, Rodney's face was inches away. I could feel his warm breath on my cheek, and I wondered for a moment if he was going to kiss me. When was the last time Rodney and I made out? A month ago, almost. We weren't officially together, so it wasn't like we did that all the time. A soaked, spiny, sap-covered tree wasn't exactly the most romantic of locations, but Rodney had kissed me in stranger spots. And I had to admit that I wanted him to, more than I probably should have. More than I had in a while, now that I thought about it.

What had I been so distracted about?

Who was at home, freaking out, right at this minute.

Rodney's face inched closer, and his eyes dipped to my lips.

"I'd really better get home," I said. Then I grinned. "Rain check?"

Rodney groaned. "If I didn't have to be the one to talk to the coroner, I would seriously shove you out of this tree."

He jabbed me in the ribs, and I had to cling to his arm to keep from falling. Rodney took advantage of my grip to swing me closer to the ground, and I hung on until my feet were close enough to the ground to jump down. When he hit the ground beside me, he turned, arms out. "All right," he said. "Face the consequences for your punning."

I wanted to believe he wouldn't tickle me to the ground on a cold, wet day, but I wasn't about to call his bluff. I turned and ran toward his car, both of us racing through the park. Our shoes pounded through a puddle, kicking water up all around us, so we both had to hide our cameras under our shirts to keep them dry. When I arrived at his car, my sides ached. Rodney slammed into the car next to me, and I turned to him.

His smile faded. "Oh," he said. "
Oh
. Then you really do need to get home." He held open the car door for me and I climbed in, dripping sneakers and all.

I made Rodney come into the house with me, even though he offered to leave. I probably should have let him, but to be honest, I didn't want to face my mother's mental state on my own. When I opened the front door, I found her running frantically around the house, scooping things up at random and dumping them into her bag. From the way it bulged, I gathered she'd been doing this for a while.

"Mom?" I asked. "Did you hear anything else from Lily?"

Mom charged down the stairs, waving her checkbook, and put her other hand to her forehead. "Didn't I text you?" she asked.

Mom let out a breath of relief. "Oh. Right. I must have remembered that earlier."

Sex and Violence in Hollywood by Ray Garton
kate storm 04 - witches dont back down by conner, meredith allen
The Lonely Passion of Judith Hearne by Brian Moore
Joe by Jacqueline Druga
The Angelus Guns by Max Gladstone
Because of You by Cathy Maxwell
Mail Order Mayhem (Mail Order Romance Book 2 - Benjamin and Annie) by Whitsby, Kate
What I Loved by Siri Hustvedt
Turning the Tide by Christine Stovell
On the Brink by Henry M. Paulson