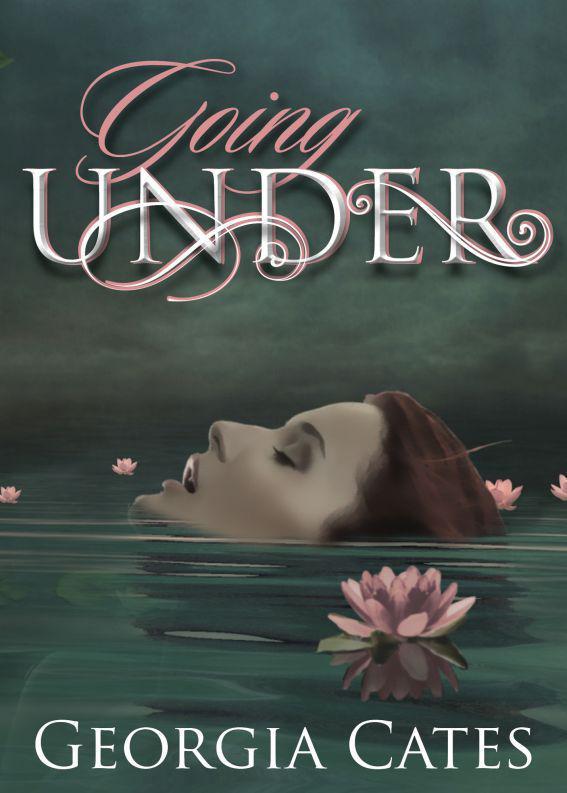 This is a work of fiction. Names, characters, places, brands, media and incidents are either the product of the author’s imagination or are used fictitiously. The author acknowledges the trademarked status and trademark owners of various products referenced in this work of fiction, which have been used without permission. The publication/use of these trademarks is not authorized, associated with, or sponsored by the trademark owners.

It was two weeks until I officially began classes at East Franklin High as the new guy, but today I was getting a preview of my new teammates and competition on the football field. From what I had heard and read about Coach Osborne, he was serious about this team, and giving anything less than my best wouldn’t earn a much needed position on first string. The spot was necessary if I planned to get a football scholarship and get the hell out of the place I currently hung my hat.

I drove to the football field. The parking lot next to the field house didn’t look like it was filled with vehicles belonging to high school kids – it looked more like valet parking at The Peabody. My old jalopy definitely didn’t fit in, so I took this as the first clue that I wouldn’t either.

I joined the crowd of guys sitting on the bleachers and the man standing before us announced, “I’m Coach Osborne and this is my assistant, Coach Sheffield. Before I can put you on the field, I need a copy of your physical.”

We didn’t have to get physicals at Collinsville, so what was up with that? A physical meant seeing a doctor, which required money I didn’t have. I thought of the injury to my shoulder, wondering what I would do if I couldn’t find a doc to release me to play because of the extensive trauma. Physical therapy had helped, but it wasn’t a hundred percent and I still had a lot of pain, which I'd chosen to deal with, rather than control with narcotics.

I watched the other players as they lined up to turn in their physicals and thought about how some things never changed for me. I had spent my entire life raising my hand to tell someone I didn’t have the things I needed and here I stood, 18 years old, still doing the same thing.

“Coach, I haven’t had a physical yet. I’m a transfer student and I didn’t know I needed one. They weren’t required at my old school.” I tried to make it sound more like a lack of knowing rather than lack of money.

“I can’t let you participate in practice until you are released and I have the paperwork on file. It’s a new policy, but one other schools will be requiring soon. What’s your name?”

He lifted his clipboard and began writing. “Which school did you play for?”

I sighed. It was only a matter of time before my new classmates figured me out, but I had hoped it would take longer than one day. The likelihood of standing a chance with these brats plummeted to zilch when I announced I previously attended Collinsville, because everyone knew only poor, disadvantaged kids attended Collinsville High School.

Coach Osborne didn’t look up from his clipboard or appear to acknowledge what my attendance at Collinsville meant. “What position?”

“I was starting quarterback, sir,” I arrogantly announced, then turned to look at the crowd of guys, who'd erupted into laughter at that.

“Looks like you’ve got some competition, Henderson,” one of the guys cackled.

The guy I assumed was Henderson sized me up and I did the same to prove I wasn’t afraid of a little competition.

Coach looked up at the guys but said nothing, then returned his eyes to his clipboard and continued taking notes. “You throw with your right or left arm, Boone?”

“Okay, let me rephrase the question. Which is your better throwing arm?”

I delighted in informing the coach, “Both are pretty much equal because I’m ambidextrous. I can throw about 60 yards from either arm, so I never throw across my body.”

I heard murmurs among the crowd, then, “He’s full of it.”

Coach’s interest in me was peaked and he was curious to see if what I claimed was true.

“Only one way to find out.” He escorted me onto the field and the crowd followed, waiting to see proof of my rare ability. Coach Sheffield tossed a ball to me and said, “Time to show us what you’ve got. Cooper, you can be his receiver.”

A preppy guy in a polo shirt and expensive jeans sprinted to the end zone and waited for my throw. I walked out to the center of the field and stretched both of my arms. My left shoulder felt a little tight and I prayed it didn’t let me down because this was my big chance to prove my place on this team was starting quarterback.

I signaled the guy named Cooper to start running and I gave my best throw with my right arm, spiraling the football a little under sixty yards. The pass was completed perfectly when Cooper caught it in the end zone.

Coach Osborne nodded and said, “Very nice. Now, show me what you can do with the other arm.”

Cooper tossed the ball to me and I rolled my other shoulder in preparation. I cued Cooper to start running again and gave it my best shot. I watched the football spiral toward Cooper and he easily completed the pass. I gave a silent thanks to my recently traumatized shoulder for not failing me in front of the coach and team.

“That was fine job, son. Of course, I’ve heard of quarterbacks that could throw with both arms, but I’ve never seen it for myself and I certainly never dreamed I’d have one show up wanting to play for me. I think you just found a place on this team, but I can’t let you practice until you’re cleared. Do you think you can get a physical this week?”

“Okay, work on getting that as quickly as possible so I can put you in. Until you’re cleared, I want you observing the team to see how they work together.”

I nodded and took a seat on the bench while the others dressed out. As the players came onto the field I heard Henderson say, “Better get used to sitting on the bench because that’s where your game time will be spent.”

I turned to see a malicious grin and I couldn’t resist knocking him down a notch. “Am I confused or are you not the quarterback that got his ass handed to him in the state championship game last season?”

Coach walked onto the field between us and his presence interrupted our debate, but I knew it wasn’t over – it was only postponed.

Practice started and the team functioned very differently than the one I had played for at Collinsville. Although it was only the first practice, the team performed well together and as I watched, I became a little nervous about finding my place among them.

When the kicker took a water break, he sat on the bench next to me. “I hear things are pretty bad at Collinsville. How did you manage to not get shot?”

I wondered what made him so certain I hadn’t been. “Just lucky I guess.”

He offered his hand and said, “I’m Dane Wickham, by the way.”

“Yeah, I heard. You’ve got some mad skills. How did you train yourself to throw with both arms so good?” He turned the water bottle in his hand and gulped while he waited for my answer.

The truth was that it was the only genetic perk I got from my worthless parents, but I wasn’t going there with this guy. “I didn’t train myself to do it. I’ve always been able to use either of my hands to do anything.”

“Well, it’s really cool and we’re glad to have you on our team, even if Henderson is acting like a jackass.”

“Thanks. I’m glad to be here instead of Collinsville. My old coach didn’t give a rip about us or if we ever won a single game. He just showed up because it was the part of his job he couldn’t dodge.”

“Hey, water boy! Bring me something to drink,” my new nemesis yelled from across the field. I flipped him off to let him know how I felt about his order. I figured it was better for this to go down sooner rather than later.

“I guess you figured out that’s Forbes Henderson, but ignore him. He was our first string quarterback last year and he’s showing off because he knows you just bumped him from starting.”

This was something we needed to be clear about from the beginning. “I hope I don’t look like I care, 'cause I don’t.”

The guy laughed and said, “I somehow gathered that by the bird you just shot him. I can already tell this is going to get interesting. You aren't like anyone at this school.”

“Wickham, you kicking today or not?” the coach yelled from across the field.

“That's my only warning. I don’t feel like running laps, so I guess I’ll catch you later.”

When Coach let us go, I went into the field house to get my jersey and found Henderson waiting for me. After I entered, he walked to the doorway to block me from leaving and said, “That’s a snazzy little trick you can pull, but don’t think you’re gonna just walk into the starting quarterback position, because I don’t plan on giving it up.”

I grabbed my bag off the bench and walked toward him without responding.