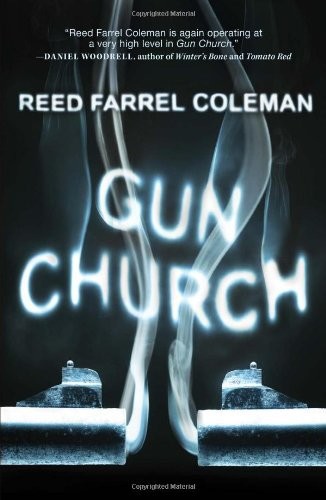 Seven
:
Guns, Metaphysics, and the Art of Golf

Thirty-Four
:
Anything, Except Everything

Forty-One
:
The Remains of the Day

Forty-Five
:
The King of Coincidences

Forty-Six
:
The Price of Blood

Forty-Eight
:
The Oracle of Brixton

“Rather than love, than fame, give me truth.”

With his roaring debut,
Beatnik
Soufflé
, Kip Weiler displays prodigious talent. He somehow manages to meld the drug-infused bohemian mania of the Beats with the polyester hedonism of today’s disco generation. In one deliciously cruel attack on the Beats, Weiler describes the aging Ginsberg-like poet, Moses Gold, dressed in double knits and platform shoes, mimicking the dance steps from
Saturday Night Fever
. Disgusted with himself not for his raging pedophilia but for his dance and polyester fetish, Gold lashes himself with a mace while reciting Blake’s “The Garden of Love.” While a bit overambitious and undisciplined, this is a fine and entertaining first novel. Kip Weiler is a writer to watch.

My fifteen minutes had come and gone. Unfortunately, I probably had a few decades more to live out. Prufrock had coffee spoons. I measured my remaining days from shrinking royalty check to shrinking royalty check, from term to term. I achieved what all artists dread: I had outlived most of my money and all of my talent. As I once told an interviewer from
Publishers
Weekly
, “My career’s like a road flare. It burns hot and oh so brightly.” Total cocaine-speak. The cocaine did a lot of talking for me back then, some of the writing too. Maybe most of it.

I smiled, dropping the change on the newsstand counter at the student union, recalling how I’d bedded that chick from
PW
, how her fangirl innocence stuck out from beneath her journalistic veneer like … like … I stopped smiling. I’d lost or squandered what I once had. The talent, the muse, the knack, the gift, the craft, the skill, the magic, the art, the whatever-the-hell-it-was was gone. Gone. Goodbye. Farewell. Adieu. That ship done sailed, Mr. Hemingway. I didn’t regret the coke so much as the road flare analogy. Well, no, not the analogy itself. The truth of the analogy, the spot on-ness of it.
That
I surely regretted.

Thirty odd years ago, I was gold, a literary wunderkind, one of the ’80s big three bad boys: Bart Stanton Meyers, Jake McNulty, and Kip Weiler. The Jewtheran, Nutly, and me, the Kipster: that’s how we referred to ourselves back in those heady days when Dom was our fallback champagne, and Vassar and Brandeis girls knelt at our altar. Us three lads had homesteaded the Upper West Side of Manhattan, holding court at the Hunt Club or, as Nutly was wont to call it, the Cunt Club. Nutly: always so refined, always the articulate one. Now those days seem as far away to me as Atlantis, and much more like memories from one of my protagonists’ lives than my own. Bart and Jake had had their ups and downs too, but had managed to adapt to things like the end of the Cold War, safe sex, and the Christian Right.

Now it was just a dull ache to bear when I clicked through the cable channels and would come upon VH1 airing one of those
I Love the ’80s
nightmares. The Kipster—it’s difficult not to think of that me in the third person—is usually featured wearing a “Hey, look at me: I’m so high right now!” smile frozen on his face and an anorexic blond on his arm. Was the Kipster ever that young? Was I? It isn’t only a nightmare in retrospect. Back when I was actually sleeping with those blonds, the sex was only middling and none of the relationships lasted more than three dates and a bj. I often thought the blonds so brittle they might snap if I humped them hard enough.

These days I didn’t worry about snapping anybody in two. My sex life consisted of the very occasional coed or adjunct lecturer whose boredom was surpassed only by my own. Desire had so little to do with it anymore that it seemed I should reclassify the physical act of sex as something else, something between an oil change and a stress test. I felt closer to the skin of my left palm than to any woman I’d been with in many years. That last year Amy and I were together we hardly fucked, and when we did it was about rage and disappointment.

I didn’t have rage in me anymore. That skipped town shortly after my talent. At the very least you needed the vestiges of passion to have rage. I could likely still provoke it, though. I snickered to myself sometimes, imagining Amy watching
I Love the ’80s
. She probably seizured at the sight of me and the brittle blonds on screen. Amy: the Jew goddess from Bloomfield Hills. Amy could do rage, all right. She could bend, fold, and shape it like an origami butterfly and make it flap its wings. The stir I felt just thinking about Amy surprised me. I guess maybe I wasn’t so close to numb as I hoped. I wasn’t sure I liked that. I had assumed seven years of teaching English to the rural yahoos at Brixton County Community College had pretty much removed the notion of surprise from my life.

Brixton County’s two most abundant natural resources were bituminous coal and pine trees. So when the early fall breezes blew just right, the air smelled like Christmas trees being hot-dipped in roofing tar. I hadn’t ever quite gotten used to the Pine-Sol and petroleum bouquet of Brixton County’s lush green hills. As far as I could tell, the county’s third biggest export behind coal and lumber was black lung.

What Brixton didn’t have in abundance was creative writing talent. On its face, this didn’t make BCCC unique. On the contrary, since my first visiting teaching position at Columbia—a job Amy urged me to take, noticing my discipline heading up my nose and my sales heading out my ass—I had been searching for one student with the magic. That I taught creative writing at all was a complete sham. In what now passed for my soul, I knew that writing was a born gift, that you could teach illusion, but not magic. The farther away from Columbia I roamed, even illusion got harder and harder to teach. These days I gave passing grades to any remotely original assignment written in something resembling comprehensible English. I had long ago abandoned all hope of discovering a diamond in the rough. In Brixton County, the rough was deep and the coal too soft to produce diamonds.

Christ, I dreaded days like today, days when I would hand back the class’s first take-home assignments. Although, I had to confess that out of the sixteen I received, four didn’t make me want to stick needles in my eyes. Two weren’t half bad. This was the best ratio in my sad tenure at BCCC. One of the papers was from Renee Svoboda, a fairly spectacular blond who—in spite of her obvious Slavic roots—I had come to think of as the St. Pauli Girl. I’d jerked off thinking about her after the first class. I gave her paper a B-/A; the B- was for the paper itself, the A for the orgasms she induced.

The other respectable effort came from Jim Trimble, a square-jawed kid with coppery eyes and skin like a cave wall. Unlike most of the zombies that took up class space, Jim actually answered questions in class. Still, he’d been a pain in the ass, a brown-noser trying to prove how well he knew my work. Boy, someone needed to tell him that was not the way to my heart or to an A. At least his writing wasn’t terrible and it contained distant echoes of my older, better work. The other two passable papers were notable only in that they included commas and periods, occasionally in the right places.

“Okay, folks, it’s the day we’ve all been so looking forward to.” I tried not to sound completely suicidal. “Time to return your papers and discuss them. When I call your name, please come up and retrieve your masterpieces. Mr. Kranski … Miss Hall … Miss Svoboda … Good work, Renee.”

“Thank you, Professor Weiler.” The St. Pauli Girl’s smile was broad and white, and hinted at more than simple appreciation. Her impossible cheekbones and blue suede eyes put exclamation points to the hints. I smiled back with half my mouth. That half smile had gotten me a fair share of women back in the day. “Nice jacket,” she said, brushing her hand over the brown corduroy sleeve. “My grandpa has one just like it.”