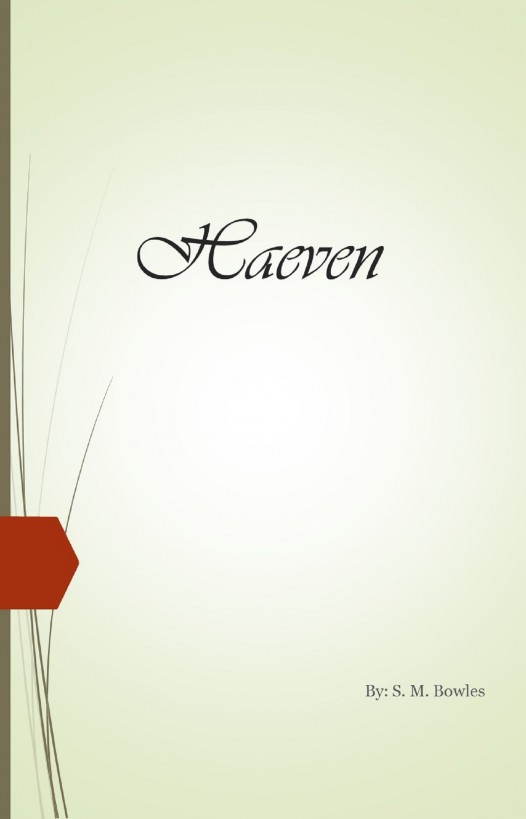 The right of S. M. Bowles to be identified as
author of this Work has been asserted by her in accordance with
sections 77 and 78 of the Copyright, Designs and Patents Act
1988.

All rights reserved. No part of this
publication may be reproduced, stored in retrieval system, copied
in any form or by any means, electronic, mechanical, photocopying,
recording or otherwise transmitted without written permission from
the publisher. You must not circulate this book in any format.

This book is licensed for your personal
enjoyment only. This e-book may not be resold or given away to
other people. If you would like to share this book with another
person, please purchase an additional copy for each recipient. If
you’re reading this book and did not purchase it, or it was not
purchased for your use only, then please purchase your own copy.
Thank you for respecting the hard work of this author.

If you have any questions or comments for the
author please use the following e-mail address:
[email protected]

I watched briefly as Evan and his friends all
darted away then turned back to my book. It was just starting to
get dark while I sat on the deck reading and though my mother had
told me dinner was nearly ready I answered with a "Yeah, Mom," and
shrugged, "we'll come in as soon as Evan's done his game."

She looked disappointed but didn't say
anything other than, "Make sure he takes his shoes off before he
comes in; it's very muddy back there," her gaze swept the length of
our yard.

I rolled my eyes, "Yep, shoes..." I mumbled
and buried my face back in my book.

I was just a few months shy of 16 and nearly
5 years older than Evan. Because of our difference in ages my mom
seemed to feel that it was my responsibility to tell him what to do
or what not to do and to make sure that he stayed out of trouble
whenever she wasn't around. He almost never listened to me though
and more often than not refused to do whatever I asked. He rarely
got punished for anything either but I would be held accountable
whenever Evan did something wrong under my pseudo-supervision. He
and I lived in a nearly perpetual state of resentment. In my mind
he was the favorite child and could do virtually no wrong where I
on the other hand felt that I was constantly being reminded of my
short-comings.

A number of minutes and pages passed and
before long my mother came to the deck again. With a voice full of
impatience she stated that dinner was getting cold and asked me
where Evan was.

"I don't know," I answered somewhat sharply.
I hadn't seen where he or any of the others had run off to.
Mumbling to myself I marked my page and stood up to head
inside.

She reached for my book with one hand and
spun me around with the other pointing me in the direction of the
stairs that led down to the backyard.

The action filled me with defiance and rather
than hurrying down I tossed her a resentful glance then called out,
"Evan! Dinnertime! Mom wants you inside!"

Satisfied with my effort I took a step
towards the open doorway but my dad came into view before I could
pass through, "What's all the shouting?"

My mom motioned to me and artfully explained
to my dad how she had asked me to run down and find Evan and told
him how I responded.

"Emily, we have neighbors," he met my eyes,
"it's not polite for you to be shouting across the yard like that
when you could just as easily have done what your mother
asked."

Though I felt somewhat remorseful after
seeing my father's expression and knowing I had disappointed him I
groaned and grumbled, "Fine," and stomped down the short flight to
begin the search for my elusive brother.

"Evan," I carefully called as I walked along
the lawn. "Evan...it's time to come in, dinner's ready."

I stopped and listened several times but I
didn't hear him or any of the others for that matter. I checked all
of his favorite hiding places only to turn up nothing. I tried
thinking of anywhere else he might have gone off to as I rounded
the corner of the house. It had gotten almost too dark to see
clearly and I took a fateful step that soaked my foot up to my
ankle in mud.

"This is stupid!" I growled as I tried to
shake it from my shoe. "Evan! Inside! Now!" and as I turned full of
anger and frustration I happened to glance down. One of the screens
to the crawlspace was torn away and I instantly imagined I knew
why. I bent down and ducked my head inside, "Evan, I know you're in
there. Come on out now. It's time to eat."

Something seemed to move off to my right.

He didn't answer. It was eerily still and
quiet.

"Why am I doing this?!" I stood up intending
to leave him be and tell my parents where he was so they could deal
with him.

I thought I heard him moan as I began to walk
away and it made me second guess my choice. Taking a deep breath I
bent back down, "Evan are you alright?" I asked and began to
wriggle myself through the window.

I stopped once I was halfway in and waited a
moment for my eyes to adjust to the darkness. It was dirty and
dusty and there were cobwebs filling all the corners and junctions
of the support beams above my head. I started to regret my decision
and tried not to think about it as I glanced around. I turned
myself towards the direction I thought I had heard Evan's groan
come from and pulled myself the rest of the way in.

Realizing where I was terrified me and I
wanted to bolt away. Despite the fact that we rarely got along
though there was a small part of me that worried more for Evan than
for myself so I got on my hands and knees and began to crawl. I
thought I saw him move again and it gave me a better sense of where
I was going so I cautiously made my way towards him.

"Are you alright?" I thought I heard him moan
again and for a moment he didn't answer. I stopped and whispered,
"What's wrong?"

"Oh, God!" I cried out suddenly aware that it
wasn't Evan lying there in the dirt and dust. I was about to scream
and scramble away but the stranger's voice arrested me in my
tracks.

I'm not sure what came over me but I held my
breath and was unable to think or react so I just sat there
watching and waiting, wondering what to do next. I could hear him
taking short, raspy breaths and though the sound eased my fear it
was replaced with anguish when I realized that he was very badly
hurt.

"You need help," I said more to myself than
to the stranger and I thought about getting my parents.

I could hear the pain, the agony in his voice
and when I heard it, it seemed to trigger a strange, insistent
desire or longing in me and I felt determined to do whatever I
could to help him. Without realizing it I began to crawl towards
him again.

"Don't!" he frantically scrambled away.

I felt a rippling across my mind and suddenly
forgot whatever it was I thought I was going to do. I shook myself
free of the sensation and I began creeping my way towards him
again. When I was near enough I reached out to take his hand and
tried to tug him toward the window I had come in through. He felt
like ice and when my fingers brushed his he unexpectedly grasped my
wrist and my mind went blank for moment. Then suddenly I was seeing
the world through his eyes and feeling the pain and fear he was
feeling. I seemed to know what had happened to him and what it was
I would need to do to help him. He slowly, carefully released his
grip and let my hand fall.

"Do you understand? Now do you know why you
mustn't help me?"

"Oh, but there are!" he assured me and as I
considered the possibility the idea seemed to flare up inside my
mind and somehow I knew he was telling me the truth.

I was horrified yet fascinated by the idea,
"Do you kill people?" I thoughtlessly asked. It was the first thing
that popped into my mind.

He was silent for several moments. "I have,"
he reluctantly replied, "but, no, mostly I do not. Unless..."

"Sometimes someone doesn't deserve to live,"
his voice seemed to challenge me.

Frowning, "I understand," I nodded.

"Do you? You seem young to have such a bold
opinion."

I looked shamefully away and wasn't sure what
to say. It wasn't something I had ever really thought about other
than in the vaguest terms but I knew that if someone tried to hurt
me or my family I wouldn't hesitate to hurt them back.

He tilted his head at me curiously and I
wondered what he was thinking then he slowly reached out and
brushed a strand of my hair behind my ear. "You remind me of
someone," he surprised me by saying. "What's your name?" his voice
seemed to put me at ease.

"What happened to you?"

"It's complicated," he sighed forlornly and
as he said it he began to sway and slump where he was sitting.

"Oh!" I cried out realizing that our brief
conversation had taxed whatever was left of his strength.

Against my better judgement I inched closer
and rested my hand against his cheek, a gesture my mother often
used on me and my brother when we weren't feeling well, "Please,” I
said, “let me help you. I promise I won't tell anyone about you; I
won't tell anyone that you are here or what you are."

"Emily," he sighed and shook his head no.
"You have no idea what you are saying! That thought is not your
own! Just leave! If you have any sense, go before it's too
late!"

"What do you mean? Of course my thoughts are
my own...I want to help you. I know I do. I'm not afraid if that's
what you're thinking!"

"You're wrong...you don't understand!" I
thought I could see tears in his eyes. "It's just a compulsion,
it's not an honest feeling. Besides they would never forgive
me...it would...I can't...I just can't!"

There was no way I was going to let him die
there, underneath my house. I needed to convince him somehow.
Sometimes I found the right thing to say to Evan when I wanted him
to do something he was against. I wondered if there was some way to
manipulate Daemon into accepting my help. Then something occurred
to me that I was sure he hadn't thought of, "Will you die if you
don't?" I asked. "Because if you die and they find you here just
imagine what might happen."

He turned away, struggled briefly with what I
had said. "My you're..." he couldn't seem to think of an
appropriate word. He shook his head and looked away. When he turned
back, his eyes were full of longing, “It will hurt,” he tried to
discourage me further.

Love Me and Die by Louis Trimble
Midnight Blood (Born Immortal) by Yanski, Nicole
Murder at Midnight by Avi
The Marshal's Rebellious Bride by Starla Kaye
Any Witch Way She Can by Christine Warren
-Enslaved-by-an-Officer[ Sold 8] by McLeod-Anitra-Lynn
Tollesbury Time Forever by Stuart Ayris, Kath Middleton, Rebecca Ayris
One Love by Emery, Lynn
Nauti Temptress by Lora Leigh
As Gouda as Dead by Avery Aames