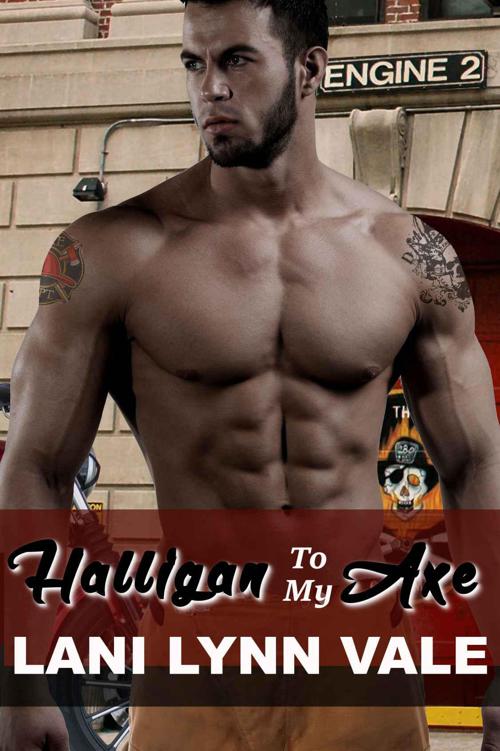 The purchase of this E-book allows you one legal copy for your own personal reading enjoyment on your personal computer or device. You do not have the rights to resell, distribute, print, or transfer this book, in whole or in part, to anyone, in any format, via methods either currently known or yet to be invented, or upload to a file sharing peer to peer program. It may not be re-sold or given away to other people. Such action is illegal and in violation of the U. S. Copyright Law. If you would like to share this book with another person, please purchase an additional copy for each recipient. If you are reading this book and did not purchase it, or it was not purchased for your use only, then please return it and purchase your own copy. If you no longer want this book, you may not give your copy to someone else. Delete it from your computer. Thank you for respecting the hard work of this author.

I’d like to thank all the usual suspects...but a special thanks goes out to my mother in law
who helps feed my love for books. If it wasn’t for you, I’d probably still be watching TV!
You’re the one who understands when I sit in the corner of the room and read, because you’re doing it, too! <3

The only fire he can’t put out is the one inside my heart.

“What is that smell?” I sniffed.

Getting up, I followed the smell with my nose until I wound up in my bathroom.

“What the hell is that?” I gasped as I saw smoke seeping through the floor of my bathroom.

Running to my room, I made a mad dash for my cell phone and started dialing 911 immediately.

“Um, yes. This is Adeline Sheffield. I live in the apartment complex of Hunter Hollows, apartment 1B. I can smell smoke, and something weird coming through the floor of my bathroom. I’m not really sure if anything is on fire, per say, but there is so much coming through my floor that it’s leaving a hazy film in the air.”

“Alright, we’ll have the fire department and an officer alerted right now. Can you give me your physical address?” The woman asked.

I rattled off the address and hung up despite the woman’s concern for me to stay connected.

I didn’t have time for that.

If I had to evacuate, I needed to start collecting my pets. Pronto.

Running through my apartment, I started looking in Monty’s usual haunts, but couldn’t find him.

“Monty, you big bastard. Where are you?” I hissed when I didn’t find him under the couch, above the mantle, or in the kitchen sink.

I knew he couldn’t be in with the rest of my newly acquired friends, because I’d kept the door closed, and he was just too darn big to get in without me opening the door for him first.

After five minutes of no results, I started getting nervous.

Had he gotten out? Oh, shit.
Please be inside here somewhere, Monty.
I pleaded while going inside my spare bedroom and doing a quick inventory.

“Damn. Piss. Monty, you asshole.” I growled before running back to the front door.

Disengaging the locks, I yanked the door open with barely concealed frustration and about fell on my ass when a fist the size of a phone book came inches away from slamming into my head.

I waved a dismissive hand. “I’m fine. You didn’t touch me. Is the apartment downstairs on fire?”

The firefighter, who was taller than my door jam, shook his head as if he was confused. “I’m sorry. We don’t know yet. You were the lady that called it in?”

At my nod, he continued. “Can I see the source of the smoke? We’re trying to get management to let us in, but since there’s no visible smoke from the outside, we’re not allowed to enter without permission.”

I turned and said, “Sure. Just close the door. I don’t want Monty getting out.”

That was if the slippery bastard wasn’t already out. He was prone to do that from time to time. Not that anyone in my complex knew that. He always came back. He’d get hungry, and he was a really lazy boy.

“It’s coming through the floor in my bathroom. There’s a really weird smell to it.” I said as I lead the large, intimidating man into my sanctuary.

The man’s voice was to die for, and somehow familiar.

I shivered as the low, deep tone of his voice slithered down my spine.

Smiling, I looked over my shoulder at him and my breath caught in my throat. The man was even more attractive inside where I could see his face. And I knew him. I’d seen him around town more than once. It’s a small town, and really hard not to start recognizing people when you see them on your way to work every day.

The man ran. Daily. With his shirt off.

I sat on my porch every morning and watched as he ran from one side of the road I lived on, to the other.

Then I move to the front and watch him make a full circuit through the complex’s parking lot before I have to leave for work.

Then I might possibly pass him on the way to work, depending on how far he ran that morning.

He was tan, and had the most piercing pale blue eyes I’d ever seen.

That wasn’t even mentioning the rock hard abs, and the sexy grooves that ran down his stomach to form a V at the base of his abdomen.

What I came up with one morning, however, was that he was either taken or gay. ‘Cause nobody that polished and good looking could be anything but. Life didn’t work like that.

“Thanks,” I said, trying to distract myself from asking if he wanted to join me on my nice bed.

Then his nose wrinkled as he took a sniff and grimaced. “Weed.”

My stomach rumbled, and I closed my eyes in embarrassment.

“Huh?” I asked, taking a step further to the side to let him see my bathroom floor, or lack thereof, since there was now so much smoke in there that a blanket of it was making the floor nearly impossible to see.

Which was why when a large slithering body started to curl around my foot and then further up my leg I let out a startled shriek.

The shriek made the big man beside me react instantly, looking around as he tried to spy the threat that was looming over me. “What is it?” He asked urgently.

I placed my hand over my heart, willing it to slow.

“Nothing. It’s just Monty.” I said, leaning down and picking up my six foot long Burmese Python off the floor and settling him firmly around my neck and shoulders.

The man looked at me as if he couldn’t believe I’d just picked up a snake the size of a pool noodle. “What?” I asked in confusion.

The man shook himself again. “Nothing. Can you come downstairs? I don’t want to keep you up here just in case. Will your, ah... snake, run away...I mean slither away if you take him without his cage?”

I nearly laughed at the large man as his eyes kept dodging around the room looking for means of escape.

So he wasn’t a snake person, was he? Maybe I shouldn’t show him my other room. He might get a little freaked out.

“Of course,” I replied. “I don’t really know my neighbors all that well. I’ve only lived here for a month. My name’s Adeline Sheffield.”

I followed him out of the apartment and came to a stop on the landing. “Do I need to lock it?” I asked thoughtfully.

He stopped four steps down, and it put me right at eye level with him. Geez, how tall was this guy? Eight feet?

“Nah,” he said. “We’re just going to be right down there. It’s probably nothing, anyway.”

I nodded, and then followed him down until he came to a stop before another big man. Only this one wasn’t as tall as him. And he was in just the bottom part of the bunker gear. His jacket was laying on the passenger seat of the big, red fire truck that was parked right outside my front door.

Wow. They sure did know how to grow ‘em in the South,
didn’t they
?

Holy shit. The woman was hot.

And I’d nearly hit her over the head with my fist when I went to knock on her door.

That would’ve been fun to explain to my superiors. ‘
I accidentally whacked her in the face when I was knocking on the door. I didn’t mean to knock her out. Promise.
’

On the bright side, I knew her name.

It didn’t fit her. Not with all those tattoos. She looked more like a Cat, or a Roxie.

The woman was hotter than fuck.

She had black hair that was slicked back into a funky ponytail at the tiptop of her head, and she was wearing a killer pair of jeans that made her ass look like a dream.

The shirt she was wearing was skimpy, and most likely was an undershirt of some sort. It showed off her small breasts perfectly, and I could make out every single bump of her hard nipples and areola.

It also showed off the multiple tattoos on her back, forearm, shoulder, and wrist.

Sebastian and I had been best friends for over ten years now. We’d met while we were fighting fires overseas in the military.

Although that’s where the similarities ended.

We’d been in different military branches, yet come together to fight a common enemy.

“Goliath thinks they’re smoking weed in the apartment below me and it’s coming up through my floor.” Adeline said, smoothing her dainty hands over the snake’s lithe body.

Sebastian, who’d been watching the happenings going on at the bottom apartment, snapped his eyes to the woman. They promptly widened when he saw her.

Or maybe it was the six foot fucking snake wrapped around her neck and shoulders.

“Uhh, yeah. We’ve gotten calls to this place before. The man underneath you is dying of liver cancer and imbibes from time to time to control the pain. He lives with his teenage grandson, and the grandson isn’t known for his restraint. They’re probably lighting up together like they’ve done countless times before.” Sebastian said, tilting his head slightly, trying to figure the woman out.

“Mr. Bonner? I thought he was just kind of crazy. I guess it makes sense though. How sad.” Adeline replied morosely.

A commotion coming from the end of the parking lot had us all turning to see a frazzled woman in stilettos and the shortest skirt I’d ever seen running towards us.

Her tits were bouncing like the little bobble head dolls you see on dashboards, and looked perilously close to popping out of her skimpy little tube top all together if she didn’t slow down.

“I’m so sorry,” Bouncy Boobs apologized. “I was on a date. Which apartment do you need into?”

Tea Leafing: A Novel by Macdonald, Weezie
The Woods at Barlow Bend by Jodie Cain Smith
The Tyranny of Ghosts: Legacy of Dhakaan - Book 3 by Don Bassingthwaite
Gold Sharks by Albert Able
Love and Lattes by Heather Thurmeier
In the Name of Love by Katie Price
The Land of Painted Caves by Jean M. Auel
Forever Amish by Kate Lloyd
Three Men and a Woman: Evangeline (Siren Publishing Ménage Amour) by Rachel Billings
Love Brewing (Love Brothers #3) by Liz Crowe