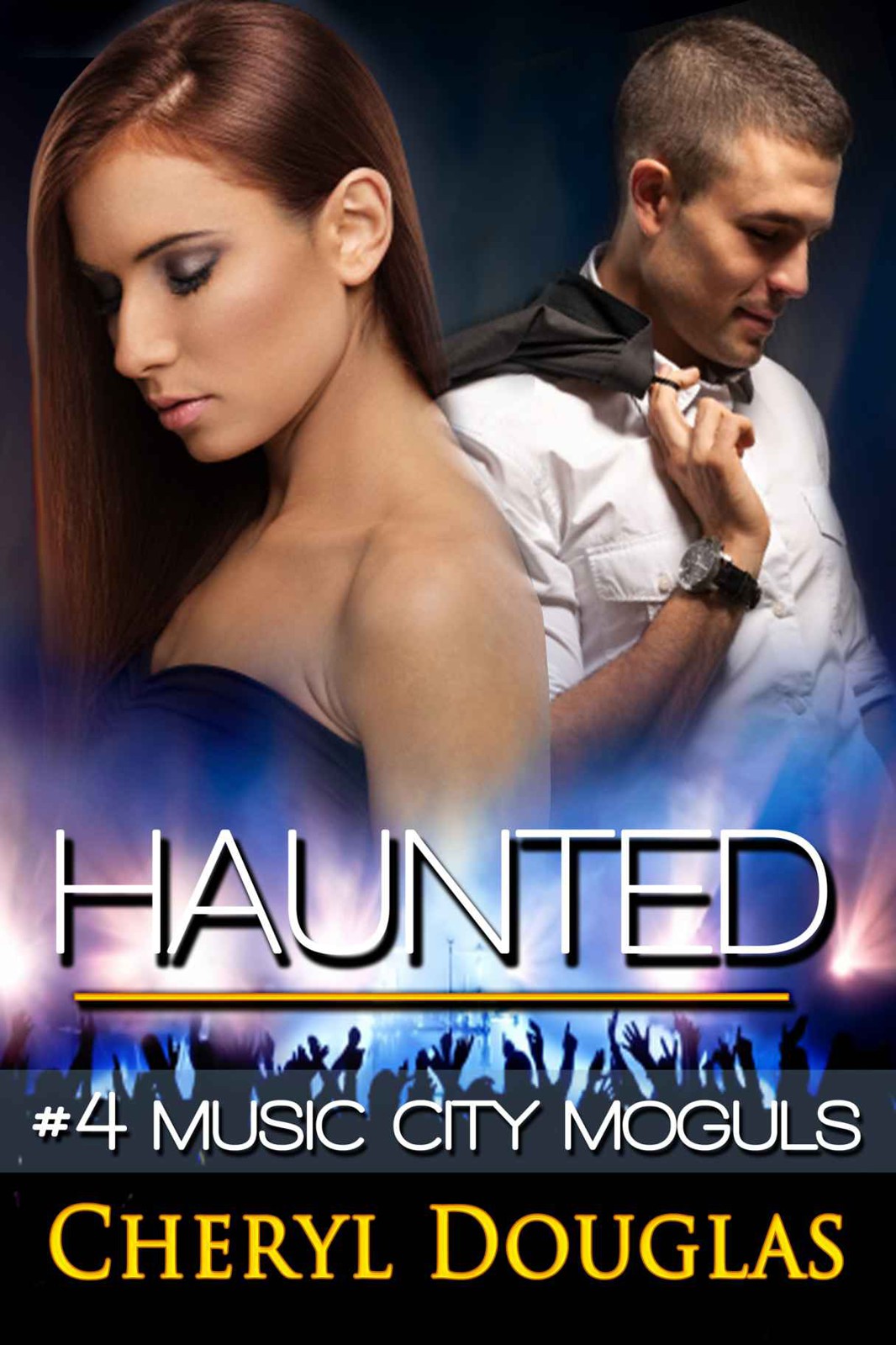 All rights reserved. No part of this book may
be reproduced, including photocopying, graphic, electronic, mechanical, taping,
recording, sharing, or by any information retrieval system without the express written
permission of the author and / or publisher. Exceptions include brief quotations
embodied in critical articles and reviews.

Persons, places and other entities represented
in this book are deemed to be fictitious. They are not intended to represent actual
places or entities currently or previously in existence or any person living or
dead. This work is the product of the author’s imagination.

Any and all inquiries to the author of this book
should be directed to:

Caleb Wright hadn’t served as a driver
/ bodyguard since he built his multi-million dollar company, but when his
former boss and good friend, Drake, calls in a personal favor, Caleb can’t say
no. Drake wants him to take care of a very special client, country music
superstar, Elle Morgan.

Elle is terrified about putting
herself out there again after the attack that almost ended her life, but with a
supportive team helping her to re-build her life, she promises to try. They
were able to keep the horrific ordeal quiet, and she intends to take that
secret to the grave.

Caleb can tell by the haunted look in
Elle’s beautiful green eyes that she’s a prisoner to her secrets, but can he
convince her she’s safe with him?

“You know I’d do just about anything
for my friends, Drake, but I can’t do this. I have a company to run.” Caleb
Wright had been told he wore guilt like a badge of honor. Probably because his
mama had drilled the Golden Rule into his head since he was old enough to talk.

“I know that, man.” Drake crossed Caleb’s
spacious office to look out over the impressive skyline. “I wouldn’t ask if it
weren’t important. I can’t trust anyone else. This client is special, and her
situation requires discretion.”

Caleb had been catering to celebrities long
enough to know what that meant. Either Drake’s client was covering up a
substance abuse problem, or she was having an affair with a married man. Either
way, it was none of his business. His company was the most sought after in the
city because his drivers epitomized discretion. “You’ve got nothing to worry
about. I’ll assign Billy to drive her. He’s been with me for years. I trust
him.”

“Yeah, well, I trust you.” Drake scraped a
hand over his face. “It’ll only be for a few months—just until she goes back
out on tour.”

“I don’t get why it’s so important that I
handle this one.”

Drake had been Caleb’s first client, and he
owed him a lot. Caleb could almost hear his mother’s voice chiding him.
According to her, Drake was family, and you always took care of your family.

Drake walked back to Caleb’s desk and
fisted his hands on top as he leaned in. “You’ve heard of Elle Morgan?”

“Of course, who hasn’t?” Caleb was a fan of
the stunning singer who was topping the country music charts with her unique
sound and poignant songs. “She’s the client you want me to take care of?”

“Yeah.” Drake’s eyes lingered on Caleb’s as
though he was waging a battle with himself. “I can’t tell you the whole story.
It’s not because I don’t trust you. I just—”

“It’s okay,” Caleb said. “I get it. She’s
your client. Confidentiality and all that.”

“Yeah, she’s my client, but she’s also my friend.
I’m the only person she’s confided in about what’s been going on, and I feel
obligated to protect her.”

Caleb got an uneasy feeling. He’d always
thought Drake and his wife Cassidy were so solid, but the way Drake described
his relationship with Elle made Caleb wonder if he was missing something. “Are
things okay at home, man?”

Drake scowled before pushing off the desk.
“Sure, they are. Why the hell would you ask me that?”

Caleb twisted a gold pen between his
fingers. He and Drake went way back, and there was nothing they hadn’t talked
about, but Caleb hesitated to broach such a sensitive topic. “Is there
something going on between you and Elle Morgan?”

“Are you crazy? I love Cassidy. There’ll
never be anyone else for me. You know that.”

“Yeah, I do. Sorry. The way you described
your relationship with Elle just made me wonder.”

“She’s a friend, a good friend, and she
hasn’t had an easy time of it. She doesn’t have any family, and when you’re a
big celebrity, everyone wants to be your friend. It’s tough to know who you can
trust. Believe me, Elle learned that the hard way.”

Caleb had good friends, great parents, and
a business that afforded him financial freedom. He didn’t need an adoring
public or notoriety to make him happy, and he couldn’t understand why anyone
would choose that life. “You’ve been producing her albums since she came to
Nashville?”

“Not her debut album,” Drake said. “She
used someone else on that. Titan is her label, and Evan asked me to produce her
second album. She was having a hard time with the songs and needed a producer
who could help get inside her head. That kind of creative collaboration often
leads to solid friendships. Hell, you can’t do it without a certain level of
trust.”

“I get that.” Caleb sighed, wishing he
wasn’t such a pushover when it came to his buddies. “You said this gig would
only be for three months, right?”

“Yeah. It won’t be more than a couple of
hours a night.” Obviously sensing he was wearing Caleb down, Drake went in for
the hard sell. “She’s holed up at her home studio working on her song writing
before she hits the road again. Her manager has a bunch of appearances lined up
for her to promote her current album, but most are club openings, VIP parties,
stuff like that.”

“I guess I could swing that.” Caleb knew he
would be relinquishing the precious few hours he normally reserved for himself
to accommodate Drake’s request. “But I can give you twelve weeks, Drake. No
more.”

“There’s one more thing,” Drake said,
looking uneasy. “I need you to escort her to these events. I don’t want her to
be alone.”

“What the hell are you talking about?” The
more he heard, the less Caleb liked the assignment.

Drake shifted, making Caleb reluctant to
probe further. “Her what?”

“Her date.” Drake squared his shoulders as
he looked Caleb in the eye. “I don’t want you to drive her in one of your
limos. I want you to take your Porsche, make it seem like a real date.”

“This is insane,” Caleb said, swiping a
hand over his face. “What are you not telling me?”

“She doesn’t want an army of bodyguards
following her everywhere, but she does need the protection.” Drake lowered his
voice before asking, “You still carry a gun, don’t you?”

Caleb had been obsessed with guns since the
first time his dad took him to the firing range when he was a kid. He now had
one of the most valuable gun collections in the state and rarely went anywhere
without one. “Yeah, why?”

“Like I said, Elle doesn’t want an army of
bodyguards, but I need to know someone is watching her back, someone who
carries a gun and knows how to use it.”

Caleb frowned. “Come on, she’s a celebrity.
She must be used to going out with an entourage. Of course, if there’s a
specific threat…”

“This is a unique situation.” Drake tipped
his head back, closing his eyes. “I wish I could tell you more, but I can’t
right now. Just tell me you’ll do this for me. Please?”

Drake grinned. “Tell me you could think of
worse ways to spend your time. They don’t get much sexier than Elle Morgan.”

That had been half the reason why Caleb had
agreed to the ruse in the first place. If he was going to spend his free time
with a woman, it might as well be one who turned him on. “Email me her schedule.
I’ll rearrange some things to make it work.”

“Remember what I said. Your own personal
car and dress accordingly. If the press asks, y’all are seeing each other, got
it?”

“You really think she’s going to go along
with this?” Caleb asked, wondering why the starlet would agree to be
romantically linked to a man she’d never met.

“You let me worry about Elle. I’ll convince
her that this is for the best.”

“Are you crazy?” Elle asked, throwing her
hands up. “I don’t need a babysitter.”

“Ricky knows your security personnel too
well. It would be way too easy for him to slip past them. He doesn’t know
Caleb.”

Elle knew Drake was right. Ricky, her
former personal assistant and best friend, knew every move she made, right down
to the time she went to bed, which was why she laid awake most nights listening
for him. Ricky had made it clear he wanted her dead when he cut her brake
lines. The only question that remained was when, not if, he would return to
finish the job.

“You didn’t tell this Caleb person about
what happened with Ricky, did you?” She’d worked hard to keep the attempt on
her life a secret. The last thing she needed was for the press to find out and
start hounding her.

“Of course not,” Drake said, looking
offended. “I promised you I’d keep it a secret, didn’t I?”

“Yeah, I know you did.” Elle sank into the
sectional in her home studio and wrapped the faux fur throw around her
shoulders. “I’m sorry. I know you’d never betray my trust. I just had to ask.”

“I get it.” Drake sat down beside her.
“Ricky was like a brother to you. After what he did, it’s no wonder you’re
questioning whether you can trust anyone.”

“I never thought he’d be capable of
something like that,” she whispered.

She and Ricky had met in college. They were
both on scholarships, studying music and hoping to make it in Nashville.
Unfortunately, only one of them had. While Elle had taken Ricky along for the
ride, he apparently resented her success enough to turn on her in the most
malicious way. She’d spent the past several months torturing herself by
re-living the events leading up to the attempt on her life and wondering what
she could have said or done to prevent it. She knew Ricky needed help. His
depression had been getting worse and his rage-fueled outbursts more frequent,
but she tried to be a supportive friend.

Drake put his arm around her shoulders and
pulled her close. “You couldn’t have known he was that close to the edge,
honey. No one could have.”

“Ricky was acting so weird about Danny,”
she said. “He kept warning me to stay away from him, but I had no idea it was
because he was in love with him.”

Ricky was gay and had been looking for love
since long before Elle met him. She had no idea he thought he’d found it with
her then-boyfriend. Learning the man she’d been seeing was bisexual and had led
Ricky to believe they could have a future together if not for Elle had sliced
through her like a double-edged sword.

“The whole thing’s just so messed up,”
Drake said, kissing the top of her head. “I know it’s easier said than done,
but you need to forget about it and try to move on.”

Elle scoffed. It would be easier to learn
French in twenty-four hours. “How do you propose I do that?”