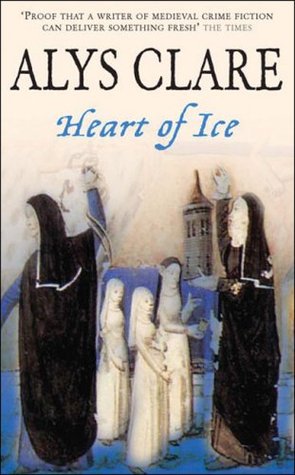 Ashes of the Elements

The Tavern in the Morning

The Chatter of the Maidens

Whiter than the Lily

Girl in a Red Tunic

First published in Great Britain in 2006 by Hodder & Stoughton

Work has been asserted by her in accordance with the

stored in a retrieval system, or transmitted, in any form or by any means

without the prior written permission of the publisher, nor be otherwise

it is published and without a similar condition being imposed

and any resemblance to real persons, living

or dead, is purely coincidental.

For my brother Tim Harris

(and in the faint hope of replacing

the
Autocar
on his bedside table)

makes me weep a thousand tears;

your heart is of ice;

in the semblance of a cure

would give me back my life.

In the port of Boulogne, the enemy lay hidden. The journey – by land and by sea over thousands of miles – was almost at an end; all that remained was the narrow band of water that separated continental Europe from England.

And that would be crossed tonight  . . .

The epic voyage had begun in an obscure land far to the south, in the dark heart of a steamy river basin whose few inhabitants were utterly ignorant of the races and the civilisations of Western Europe; as, indeed, most people in those temperate latitudes were ignorant of them, few even knowing that the vast and secretive continent of Africa existed. The enemy was born there in the heat and the humidity and its first hiding place was not with humans but with a troupe of monkeys. Unwittingly carrying the foe with them, the monkeys travelled slowly north-eastwards until one of their number, weakened and falling behind the rest, was caught in a hunter’s trap. The hunter butchered the little creature and smoked its flesh, later enjoying it as a rare delicacy and savouring each slow mouthful.

The hunter went on his way. At first all was well, although he was increasingly troubled by a wound on his hand. He had nicked the flesh of his left forefinger as he stripped the monkey’s flesh from its bones and now the cut was weeping and pus-filled; its painful throbbing kept the hunter awake at night. But such inconveniences were quite normal in his hard life and the handicap did not prevent him from proceeding on his way. He had a small cargo of slaves to trade with one of his usual contacts but he was one short: as he approached the coast and entered more populous regions, he kept his eyes and ears open and soon came across what he was looking for.

She was young – perhaps thirteen or fourteen – and exquisitely lovely. Tall, lithe, well-muscled but slender, she had put on a clean robe in a bright pattern of red and yellow and wound her hair into an intricate braid; she had to fetch water from the spring and there was a fair chance that the young man she liked might be there too. Sadly for the girl, he was not; instead the slave trader lay in wait for her and, as she bent to fill her calabash, he leapt on her, threw a heavy piece of sacking over her head and had her bound, gagged and helpless before she could even draw breath.

When at long last the sack was removed, she found herself in a small and stinking hut chained to four other women. Dazed and in deep shock – the slave trader had raped her twice on the journey and she was bleeding from the wounds he had inflicted – she sat slumped in a corner with no will left to care about what might happen to her next.

Soon afterwards – perhaps four or five days, she did not know – the girl and her companions were sold to a Muslim spice trader for shipment up the Red Sea to Eilat. Despite the girl’s filthy and bloodstained appearance and her catatonic state, she was still beautiful; the merchant had her hosed down and he took her to his narrow cabin where he too raped her.

By now she was very sick. As the merchant’s lust was sated his sense returned and suddenly he was very afraid. Observing the girl, he listened to her moans and noted the shivering, the bright flush of high fever, the vomiting, the passage of bloody and watery faeces. He made an attempt to rouse her and demand to know what ailed her but she was too far gone to respond. She was deeply unconscious but not quite dead; the merchant hastened the inevitable by throwing her over the side.

The Muslim merchant fell sick as he sailed into Eilat. He made haste to unload and sell his cargo; the remaining slaves were bound for Egypt and the spices were to be traded with a regular contact of the Muslim, a Levantine whose caravans trudged the overland route from the Red Sea to Petra and Gaza. The Levantine cared for his Muslim associate, taking the sick man into his own home and tending him, trying to spoon cool lemon water into his parched mouth and washing him when he soiled himself. When the Muslim died, the Levantine was careful to have him buried according to the rites of the man’s own faith.

The Levantine set off for Petra and the coast, where he had an appointment to meet a Venetian who would buy his myrrh and ship it to Europe. The Venetian put in to Gaza having sailed from Tyre, where he had just picked up a cargo of silk. He and the Levantine celebrated the satisfactory completion of their business by eating a meal together, in the course of which the Levantine handed the Venetian a piece of bread. Neither man noticed the strange little blister on the Levantine’s hand, which had just burst and which weeped two or three minute droplets of clear fluid on to the bread.

In the cramped quarters of his ship, the Venetian’s sickness took hold swiftly and raced through his system. He had been at sea for months and his diet had been typically poor throughout that time; his resistance was low. By the time the ship put in at Genoa, the Venetian and several of the crew were dead and more were sick. But his associates hushed up the deaths; such things were terrible for business and, God knew, times were hard enough, what with so many ships now muscling in on the highly lucrative spice trade between the East and Europe. The death ship was unloaded with all haste and the various consignments of its cargo were hurried on their way. Among the items were crates of spices bound for Montpellier, Barcelona, Almeria, Lisbon, Bordeaux; there was also a crate of ivory and a large wooden box of frankincense, musk and myrrh that were destined for Boulogne for onward shipment to England. The Genoese captain, unaware of what had happened on the voyage from Gaza, sailed out of the port and set a course for Montpellier.

Two of the Genoese captain’s sailors had come up from Gaza on the death ship. It had not been a deliberate act to infect the Genoese ship: they had seen their former shipmates fall sick and die but, still healthy themselves (or, at least, as healthy as any other sailor of the age), they believed themselves to have been spared.

As the Genoese ship left Barcelona, one of the two became ill. Fearing the worst, his shipmate from the death ship fell into a panic and was quickly brought before the captain. An enlightened man, the Genoese captain had the good sense to isolate the sick man and, within his limited powers, he did his best to have the wretch cared for.

Days passed. The dreaded rapid progression of the disease failed to happen; perhaps because the weather was stormy and cooler now as the ship sailed towards the Pillars of Hercules; perhaps because the Genoese captain was a stickler for cleanliness. It was his habit to insist that his crew and their quarters were regularly doused in sea water and in addition he used some of the spices that made up the majority of his cargo to burn as purifying incense and to scent the water with which he made his companions wash their hands and faces before eating.