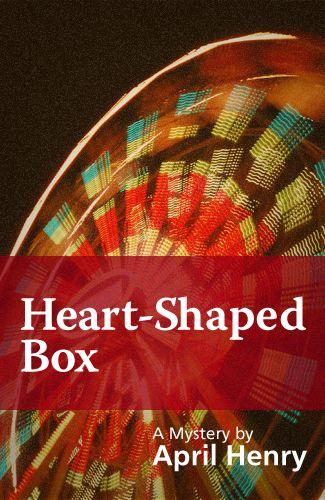 What others said about

“
Realistic characters put to the test in unusual, exciting situations ... When Belinda enters the reunion banquet room and keens like a stuck calf, it's a sure sign the fun is starting!”

“
Lively action, a tidy circle of appealing characters and a focused, small-town location make this a solid work for all collections.”

“
One of Portland's most popular authors is back with another mystery starring that intrepid redhead, Claire Montrose.”

This ebook is licensed for your personal enjoyment only. This ebook may not be re-sold or given away to other people. If you would like to share this book with another person, please purchase an additional copy for each person you share it with. If you’re reading this book and did not purchase it, or it was not purchased for your use only, then you should return to Smashwords.com and purchase your own copy. Thank you for respecting the hard work of this author.

At the end of each chapter and sprinkled throughout the book, you will find a vanity license plate puzzler. See if you can decode these hidden messages. Look for the glossary key at the end of the book to check your detective work.

Like the long stem of a flower, her neck curved away from him. He hesitated, then softly kissed Cindy’s nape, just where the tousled blond curls began. How many times had he kissed her there, at just that very spot? She was finally quiet in his embrace. As if in a dream, he gave her shoulders a squeeze, feeling the press of her open lips against the palm of his other hand.

But his body remembered what had happened, even as his mind shied away from the terrible weight of the truth. His heart hammered like a fist in his chest, reminding him of where he was, of what had happened.

When he said her name again, it came out a whisper. “Cindy?”

No answer. He had to let go, to face what he already knew. His arms loosened. Cindy (what was her last name now? Perez or something like that?) sprawled on the blacktop, her body half-turning as she fell. Her denim mini-skirt - Cindy’s interpretation of tonight’s western theme - hiked up, exposing slim, tanned thighs.

He was afraid to look at her face, but when he finally did he found that in the faint, filtered light she didn’t look too bad. Her eyes were half-open, and the tip of her tongue protruded between her teeth, but otherwise her expression was oddly calm.

He stared down at her, surprised by the speed of death. Unbidden, memories swamped him. The naughty smile Cindy used to give him, grinning up from the shelter of his arm, her lids at a knowing half-mast. The magpie way she collected things - shiny jewelry, dozens of shoes, pretty clothes, pretty boys. Now a single sob escaped him. He clamped his hand over his own mouth, silencing himself the way he had so recently silenced Cindy.

His mind was racing now, faster and faster, as he calculated what he must do. Leaning down, he grabbed the lapels of her yoked red satin western shirt and pulled. To his ears, the sound of the pearl snaps popping open was as loud as gunfire. Underneath, Cindy wore a bronze-colored satin push-up bra. He remembered how she used to go braless. Avoiding contact with her skin, he tugged her skirt up further. He lifted his head and listened. Nothing more than the thrum of distant traffic. Her purse was within arm’s reach. Grabbing her wallet, he got to his feet and stumbled off.

Cindy Sanchez had never been comfortable with silence, but now she lay quietly on her back in the overflow parking lot of Ye Olde Pioneer Village. Her blue eyes were still open, but filmed with dullness. The bright blood that was layered over her red lipstick was already beginning to brown as it dried.

Forgotten in her uncurling fingers, manicured to sharp crimson points, was a little wooden box. A heart-shaped box.

to the Minor High School

With Special Guest of Honor:

Be there or be square!

Claire Montrose grimaced as she read the last line on the first page of the invitation. That was one of the problems with having come of age in the Seventies. It seemed like such a non-decade, forced to borrow its slang from previous times. What had come out of it that was worth remembering? Polyester sweater vests, disco dancing, the Waltons, eight-track tapes? Men’s pinkie rings, streaking, smiley faces, Bachman Turner Overdrive? Even the big events, like the end of the Vietnam War or the resignation of Richard Nixon, seemed like leftovers from the Sixties.

Inside the invitation was the schedule of events, encompassing everything from a barbecue to a dress-up dance. While Claire has never been to Ye Olde Pioneer Village, she has read about it in the
Oregonian
. It was a popular spot for Portlanders who wanted a little low-stakes casino gambling coupled with some amusements for the kids. In addition to slot machines and black jack, Pioneer Village offered “family-friendly” entertainment, which included everything from carnival rides to miniature golf to hourly reenactments of a stagecoach robbery. In the evening you could send the kids off to the supervised video arcade while you danced to the music of a washed-up singer still eking out a living performing his one twenty-year-old hit.

Claire sorted the invitation into the pile of other junk mail - unsolicited credit card offers, a plea from Oregon Public Broadcasting (which seemed to regularly forget that her membership was paid up through December), the heap of slick magazines that had been pouring into her mailbox every since she made the mistake of ordering a vase from Pottery Barn - and carried them to the recycling center Charlie had built under the sink. The invitation slid back out of the bin and landed with a plop on the blue-tiled floor. Claire picked it up again.

Maybe she should go. She was no longer the girl she had been in high school, the girl who was too smart, too tall, too skinny and who looked much younger than she was. Now maybe all her old handicaps were actually to her advantage. At 37, it was good to be smart, tall, thin and look younger than you actually were. And then there was Dante to consider. Claire could bet that no one from her high school would show up with a Metropolitan Museum of Art curator who looked more like a pirate. The part of her that still thought in terms of license plates, a legacy of ten years of working for Oregon’s Specialty Plate Department, thought maybe she should BYTDAPL - bite the apple, in license-plate speak. (Until she had quit a few months ago, Claire had spent eight hours a day approving or denying applications for vanity plates, deciding if the abbreviated or encoded messages were obscene or otherwise objectionable.)

But did it really matter if she would hold up well under scrutiny? Would she really have anything in common with people she hadn’t seen in twenty years? The first step, Claire decided, was to sit down with her high school annual, look at the faces and think about whether she wanted to see them again.

Claire picked up the phone. Only a few months ago she wouldn’t have bothered to call her mother before coming over. Jean had always been at home, sitting in her darkened apartment for hours on end watching - and all too frequently phoning - the QualProd shopping network. Indirectly, it was Jean’s addiction to QualProd that had cut the cord binding Jean to the TV. She still watched, of course, but now it was as little as five or six hours a day instead of sixteen. Jean had met her new boyfriend, Zed, at a Shoppers Anonymous meeting. A good fifty pounds lighter than Jean, Zed was a Teamster, a wiry guy who favored half-unbuttoned shirts worn with two gold chains. When he was in town, he took pains to keep them both occupied and away from temptation, squiring Jean to stocked trout ponds and line dancing and monster truck pulls.

But evidently Zed was on the road, because Jean answered the phone on the first ring. She sounded disappointed when she realized it was only her daughter. Claire arranged to come look through the box of school souvenirs still buried in the closet of what was now the guest bedroom in her mother’s apartment. Then she changed into a pair of black running shorts and wrestled a running bra down into place. Hoping to catch a little sun, she put on a tank top instead of a T-shirt. After all, it wouldn’t do to go to the reunion looking as pale as skim milk. She realized she was already thinking about it as if she would go.

Two hours later, Claire was back in her own living room and staring at what was supposed to be her own picture when her roommate Charlie bustled through the front door, her arms full of shopping bags. Charlie - short for Charlotte, not that anyone ever called her that - said, “What’s that, Clairele?”

Claire turned the cover of her high school annual toward her friend. It was embossed with a badly drawn cartoon miner wearing overalls, a plaid flannel shirt, work boots and an outsize head lantern. Minor had been founded by a miner who had been both unable to spell or to find the gold he was convinced must lie just under the ground. As a mascot, the miner hadn’t had the guts-and-glory image of the symbol of rival schools. Secretly, Minorites always envied their opponents with more appropriate names like the Warriors or the Bobcats.

“
Pictures from your high school?”

“
I got an invitation to the twenty-year reunion today.” Claire felt strange saying it - twenty years! - but knew that any complaints to Charlie would fall on deaf ears. At seventy-nine, pretty much anyone seemed like a baby to Charlie. “I’m trying to decide whether to go or not.”

Charlie put her Nature’s bag on the coffee table and settled down next to Claire on the couch. “Let me see your picture.”

Claire found the
M’s
again. Her picture, with its blank background, was easy enough to pick out. It had all the charm of a mug shot. At Minor High, it had been traditional for seniors to spurn the photographer who came to the high school. The plain photographs taken in the cafeteria were for the babies - the juniors, sophomores and freshman. Instead, the seniors scheduled sittings at Waltham’s Studio Portraits. As a result, all the photos around Claire’s were of students leaning against artificial trees or posing in front of a muraled sunset.

But studio portraits had been an extravagance the Montroses couldn’t afford. Jean (who hadn’t married either of the men who had fathered her two children) barely scraped by on a monthly disability check from a local grocery store chain where she had once slipped on a squashed Thompson grape. The money hadn’t really been enough to support a single woman and two growing girls. Claire had started working as soon as she turned sixteen, and her earnings from Pietro’s had been carefully portioned among the gas, electric and phone companies, each getting just enough to alleviate the threats to cease services.

Tangled in emotions she couldn’t sort out, Claire looked at her old self. Her younger self offered back a tentative smile, half-hidden by flyaway curls. The black and white photograph had leeched the color from her red-gold hair, leaving it pale gray. Maybe it was just as well. Just before her senior picture was taken, she had over-done it with a bottle of Sun-In, resulting in a halo of bright orange hair. She flushed now as she remembered how she had told everyone it was her natural color.