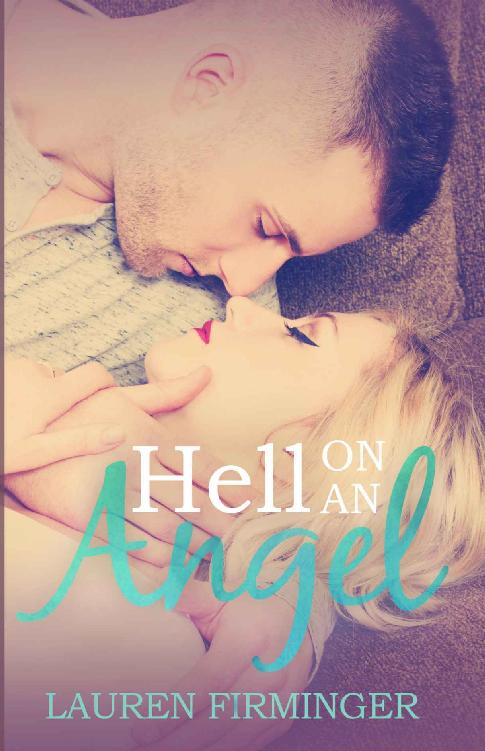 All rights reserved. No part of this book may be reproduced or transmitted in any form, including photo copying, recording, electronic or mechanical, without written permission from the publisher, except in case of brief quotations embodied in critical articles or reviews.

This is a work of fiction. Names, characters, businesses, organizations, places, and incident are either the products of the author’s imagination or used in a fictitious manner. Any resemblance to actual persons, living or dead, or actual events is purely coincidental.

This book is licensed for your personal enjoyment only. It may not be resold or given away to other people. If you would like to share this book with another person, please purchase an additional copy for each person you share it with. If you are reading this book and did not purchase it, or it was not purchased for your use only, then you should return it to the seller and purchase your own copy. Thank you for respecting the author’s work.

This is for those who have stuck by me and supported me through this.

Without you, this book wouldn’t have happened.

Living in seclusion for most of my adult life was a good thing—most of the time. Had I known it was Maddison in trouble, I may have approached things differently. The rock I had been living under meant I had no idea she was even out here, let alone engaged and expecting a baby with my new client. This was going to be fun. Not. I was a professional though, so I was going to do the job I was hired to do.

After Maddison went back into the bedroom and slammed the door closed, Morgan followed her like a lost puppy dog and left me standing out with the guys. They were all looking at me like they wanted to kill me for upsetting her. She had always been a princess, but she’d never acted like one. Everyone who met her decided that about her. I knew it was something she hated, though. She was stubborn and independent, and no one could tell her what to do. How she ended up like this… Well, I am guessing her hand was forced because of the baby.

“What the hell was that about?”

I just shrugged at Daniel. “Want to tell me why I’m here so I can do my job?”

Daniel raised his brow at me and nodded. “Come on. We’ll go show you what we’ve got.”

Nodding, I followed them out of the room and down the hall to another suite. Daniel swiped his access card, and I raised a brow. “Do you all have the same card?”

He nodded. “Mostly. The only one who has Morgan’s room though is him.”

“First step, change that. No access card or code should be the same. If, for whatever reason, one goes missing or gets stolen, then stop that person’s access rather than everyone’s.” He nodded again and told Nate to get onto that. When we entered the room, Daniel and I sat down in front of their computer system. Leaning over, I checked what program they were using and typed in an override password. “Second step, get better software. You may not know who you are dealing with, but the right person could have an override password. With that, you’d no longer have any secrets.” Daniel nodded, and I sat back in my chair. How Maddison was still alive with this lot, I’ll never fucking know.

I listened to Daniel as he ran through everything I needed to know. Shifts were never the same people, and changeovers never happened at the same times and never in a routine. Well, at least they had something right. Then we got to Josh. I remembered him from school. He was always hanging around Maddison like a bad smell. He’d been waiting for a chance to get in her head, and I hated that me leaving did that to her. Once I had all the information they had, I gave Daniel some new information.

“Those phone numbers he’s using are all sequenced. He has bought a block of numbers and is burning through them. What was the last number you tracked?” He brought up the list of numbers they had for him, and it confirmed what I’d just said. “See here and here?” I pointed to two of the numbers. “That’s your first number, and that’s your last number. So if you run a trace on all of the numbers in that block, you’ll get him with the next call or message he makes.”

“Don’t you have to keep him on the phone for a certain period of time?”

I shook my head no. “Once upon a time, yes, but not now. Not with the program I am gonna give you, anyway. I developed this exclusively for the CIA, FBI, Army, Air Force, and Police because of that exact reason, and they all swear by it.”

“Why haven’t they used it for us before now, then?”

“Chances are you’ve been speaking to well-placed pawns. I’ll hook you up with my contacts.” Daniel nodded and slumped down in his chair.

“I feel like we’ve been doing more harm than good.”

“Dude, don’t stress on it. She is still alive so that means you have been doing everything right.” He nodded.  I knew he wasn’t convinced, but I didn’t have time to coddle him. “All right, I’m gonna go find this fucker. I’ll be in touch.” Before Daniel could say anything, I was gone.

I returned to my hotel with the USB filled with information from Daniel and uploaded it onto my computer. Starting with the phone numbers, I got to work and ran a trace on all of them but came up empty. I wasn’t worried, though. He would use one eventually, and it’ll track him. Using my FBI login, I opened up a search and found everything they had on Josh. I ran a search on Michael Lee, as well. If he was dead, then Josh could be using his cards or phones instead. When they came up clean, I froze all of his accounts and put a block on his phone so that it couldn’t be used. I was forcing his hand.

Reading the police report on the explosion that killed Michael, I got the location of the warehouse where they’d been. I checked neighbouring warehouses and buildings for security systems. Some of these I could hack easily enough, but one in particular, I had never come across before, so this would be interesting. The back entrance to the alley was where he’d exited from, so I pulled up the cameras along that alley for as long as I could. He got a few blocks away before he finally emerged out onto a street, and I was quickly able to get him on a traffic camera. Taking a screenshot of his car, I zoomed in on the license plate and got the number. Using the police database, I put out an APB on the car and the driver. Once I got him, though, those along with everything else I was doing would disappear along with him.

Finally, after a few hours, I tracked Josh to a hotel in the opposite direction of where we were now. That was good. He was putting distance between himself and Maddison. I came to a bump in the road when I encountered the security system near the warehouse. It didn’t slow me down much, though because I began to write the code that would get in, or attempt to depending on the quality, and have a look around—an untraceable code that destroyed itself if it was detected or once I was done. Once, I had come close to being caught but got out of it with the help of the police. Since then, I had re-written it. I got in with almost no hassle and was back on my way. With this little number, I was able to find out that Josh was there, and what room number he was in. I had him. Dialling Morgan’s number, I stood up and poured myself a drink from the minibar while I waited for him to answer.

“Do what you do best. Make him disappear.”

“Done.” I hung up without saying another word and downed my drink. Now comes the fun part...

Packing up my hotel room, I loaded everything into my van and headed over to the hotel where Josh was staying. Parking in a lot near the front of the building, I made sure I could see the entrance clearly, but anyone looking from the upstairs rooms couldn’t see me. Taking one of my cameras, I moved around to the back of the hotel and planted it where no one would look so I had all my angles covered. I wouldn’t put it past him to sneak out another entrance so that hotel staff would think he was still in his room if someone came looking for him. That was good, though because then they wouldn’t see him disappear, either. It was a win-win. Once I was happy with the placement, I moved back to my van and waited for him to come out.

I looked down at the table where I had all of my toys laid out before me. My hardest job now was picking which one was going to be playing with Josh. Josh had fucked up a few hours ago and left his hotel in plain sight. No trying to disguise himself with a hoodie, beanie, or hat. Not that I was going to complain. Idiots like him made my job easier. The easier my job was, the quicker I could get to the part I really wanted, and the quicker I could get back under my rock and forget this whole job. Could I really forget now that I had seen Maddison again? I had to try. Pulling my van out of its spot, I drove a little way down the road and around the corner that Josh was headed to. Getting out of the van and putting some chloroform onto a cloth, I moved to the corner. When he walked around it, I wrapped my arm around his neck like we were two old friends greeting each other, and I put the cloth against his mouth as I moved backward toward the van. When he was out, I quickly threw him in the back and shut the doors before taking off to my new location on the outskirts of Nevada where no one could hear him scream, and there was no chance of him getting away.

Hearing a small groan coming from the chair, I looked up from what I was doing as Josh started to come too. “Well, hello, sleeping beauty.”

Josh opened his eyes, and they went wide upon seeing me. Oh, to be in his head right about now. My lips curled into a smirk. “So, pretty boy. How’s things?”

“No, I think I’ll leave that to you.” I saw the flash of fear in his eyes as he tried to work out if I were serious or not. My eyes flicked over to my table of tricks before I looked back at him. His eyes did the same. However, when they landed on the table, he started to struggle against the chains I had wrapped around his wrist. “The more you struggle against them, the tighter they’ll get.”