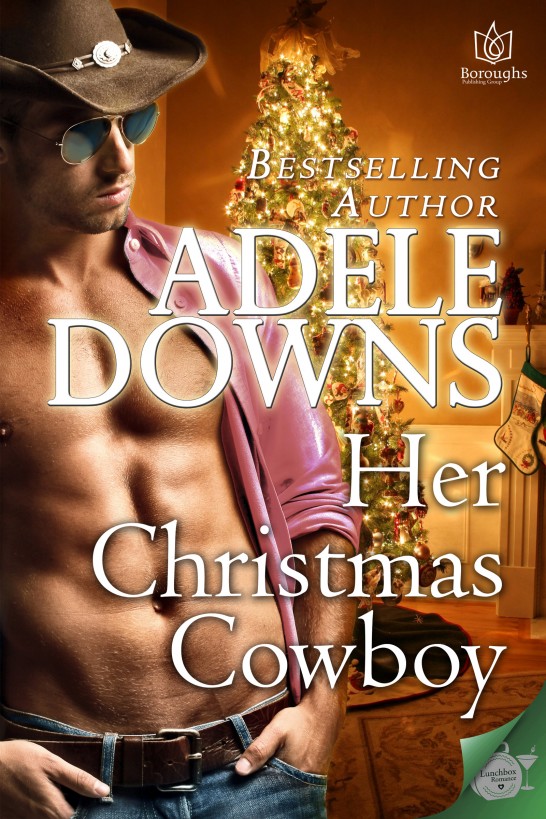 PUBLISHER’S NOTE: This is a work of fiction.
Names, characters, places and incidents either are the product of
the author’s imagination or are used fictitiously. Any resemblance
to actual events, locales, business establishments or persons,
living or dead, is coincidental. Boroughs Publishing Group does not
have any control over and does not assume responsibility for author
or third-party websites, blogs or critiques or their content.

All rights reserved. Unless specifically
noted, no part of this publication may be reproduced, scanned,
stored in a retrieval system or transmitted in any form or by any
means, electronic, mechanical, photocopying, recording, or
otherwise, known or hereinafter invented, without the express
written permission of Boroughs Publishing Group. The scanning,
uploading and distribution of this book via the Internet or by any
other means without the permission of Boroughs Publishing Group is
illegal and punishable by law. Participation in the piracy of
copyrighted materials violates the author’s rights.

You’re the best! Thank you for your
enthusiasm and support.

“You can’t go wrong with Adele Downs.”
—Will Work for Books

“I never want to hear the word ‘but’ again!” Daisy
said to Musket. “You did a great job, girl. No buts about it.”

She loosened the cinch that secured the
saddle to make the horse more comfortable, planning to walk Musket
the last half mile to the police stables at the edge of the city
park while the mare cooled down. “At least our partnership is
ending on a positive note,” she added, giving the horse an
affectionate pat.

Musket had performed well during their chase
and apprehension of a burglar in the business district.
Fortunately, no shots were fired before backup was called and Daisy
arrested the suspect, but her sergeant’s words during their morning
meeting still rang in her ears.
“We put you on
notice weeks ago that Musket wasn’t meeting our standards of
performance. We warned you this might happen. You and Musket are
both good police, and we’re not blaming you, but…”

The quarter horse continued to underperform
during crowd control and remained skittish around loud noises, so
she was being sent to an expert for additional training. If the
mare couldn’t adapt to the demands of police work, she’d be
returned to her donor. The sergeant advised that a two-year-old
thoroughbred mare had been promised to the department…but wouldn’t
be ready for partner assignment until its training was done. Daisy
would be relegated to desk duty over the Christmas holidays and
into the New Year.

Not everyone—equine or human—was suited for
mounted patrol. Daisy wondered sometimes if she and Musket were
kindred spirits whose attachment was based on their fear of
failure.

“I’m sorry I let you down.” Daisy placed a
hand on Musket’s smooth neck while they strolled side by side on
the park trail. The sound of her boots and
clomp
of the horse’s hoofs made a lively percussion
that failed to lift her mood. “A more experienced rider might have
helped you improve.”

Daisy knew better, but she couldn’t help
feeling responsible for Musket’s lackluster performance. Though she
was barely out of equestrian training herself, and in no position
to teach, she understood the complexities of mounted police work.
Despite being an experienced cop, she’d had to start over when she
transferred from Pennsylvania to Texas to join the mounted patrol.
The learning curve was greater than she’d anticipated, and some
days she wondered if moving to Houston had been a mistake.

A mistake that might be rectified by the
email she’d received two days earlier.

Daisy rubbed the folded printout of the
message in her pocket like a worry stone. She’d read the invitation
so many times she’d committed it to memory. A friend, who’d
sympathized after her partner in her former unit was killed, knew
of an opportunity in a department not far from the place she’d once
called home. If she got the job, she could return to Pennsylvania
and start fresh there. The offer was time sensitive, though, and
she had to apply by the New Year.

How different her life might be if the
opportunity had come months ago, before moving to the south! She’d
never been further inland than Ohio, and the Texas landscape looked
as foreign to her as the earth did to the moon. Only Treymont
Woods, the sexy hard-bodied cowboy who’d helped restore her
confidence after she’d almost fallen to pieces, seemed convinced
she’d made the right choice by coming to Houston. The riding
lessons she’d taken from him at Breezy Meadows Ranch had prepared
her for the toughest police training of her life.

Falling in love with Trey had been the easy
part. The blue-eyed, sandy-haired ranch hand had done something no
man had ever done, on or off the force. He’d looked into her heart,
identified the wound, and found a way to stem the bleeding.

Daisy’s step lightened with thoughts of Trey,
and she relaxed in companionable silence with Musket until two
young girls on sparkly purple bicycles rode up beside them.

“I like your Smokey the Bear hat,” the
smaller girl said. She had a freckled nose, green eyes, and bright
red hair, and she smiled, showing shiny braces.

Daisy smiled back. The girl could be her
miniature.

“I want to be on horseback patrol someday,
too, and wear a cool uniform like yours and carry a gun. I’m glad
girls can join.”

Except for support staff, Daisy was the only
female member of her unit, but she didn’t mention that. Time
changed all things. “I bet you’ll be great.”

“Can we pet your horse?” the other girl
asked. She looked taller than her friend, but just as lean, with
long black hair, dark eyes, and olive skin.

“Sure,” Daisy said. The mounted police were
trained to allow citizens access to their horses and barn, so she
brought Musket to a halt while the girls parked their bikes. Musket
flipped her ears and made contented chuffing sounds while the
children hugged and petted her. Daisy’s heart sank at the reminder
that she’d no longer have this gentle equine partner by the end of
shift.

The girls finished
oohing
and
aahing
over the
mare and returned to their bicycles. “Merry Christmas!” they
shouted. They waved good-bye and rode away.

Daisy waved back and continued her trek to
the barn.
Christmas
. With only a week to
go, the holiday spirit had failed to find her. Houston was a nice
place to live and work…but it still didn’t feel like home. Though
the lampposts in the city park were wrapped with garlands, the
trees were strung with twinkle lights, and the shops were draped
with green and red, she longed for the crisp, cold air of a
Pennsylvania winter. Hot chocolate by the fire after a day of
skiing, warm gingerbread from the oven after building a snowman, or
a simple walk around the park with snowflakes spinning through the
air spelled Christmas. The temperate winds and Texas sunshine
warming her cheeks couldn’t compete with old Jack Frost.

Her only Christmas bright spot was Trey.

But…she wasn’t sure he loved her back. They’d
been dating since her summer riding lessons, and though their
passion burned white hot, the biggest
L
word in the universe hadn’t come up. Daisy had bitten her tongue
more than once to keep from saying it first. After her partner was
killed, she was blamed and vilified until her emotions bled and she
learned to hold tight to her surviving sliver of pride. Dignity was
the guardian of shame—and all that she had left. Telling a man she
loved him without knowing if he loved her too was an emotional risk
she couldn’t take.

Daisy squared her shoulders. “I’m banning the
word ‘but’ from my vocabulary.” She raised her face to the sun and
submitted to its warmth before stepping inside. “We have to believe
things will work out the way they should.”

She gave Musket an affectionate scratch
behind the ears before removing the mare’s saddle, inspecting under
her coat for bruises, and checking her hooves for stones or burrs.
When she was satisfied, she brushed the animal from head to tail.
Then she rested her cheek against Musket’s soft mane.

“Merry Christmas, my friend. Be happy.”

She guided the animal to the pasture behind
the barn to graze. Musket turned her head and gave it a shake, as
if returning a farewell wish before joining the other off-duty
horses.

A lump formed in Daisy’s throat and heaviness
surrounded her heart at their parting. Once again, she’d let down a
partner who needed her.

Daisy swallowed, raised her chin, and made
her way to her car past busy fellow officers without making eye
contact. It wasn’t until she sat behind the wheel that she allowed
her tears to fall.

Treymont Woods stripped off his shirt before nailing
another porch rail into place. The muscles in his arms and torso
flexed with the movements, reminding him how good it was to be
whole again. Beads of perspiration trickled down the hollow between
his pectorals, over his stomach, and along the hairline leading
into his low-slung cutoffs. He wiped the moisture off his brow and
chest and tossed the shirt aside. Hard work and the Texas sun could
make a man sweat even in December.

Trey didn’t mind manual labor. He’d waited a
long time as his rodeo injury healed to finish building his house.
The porch was the crown that he would lay upon his home with his
own two hands. He stepped back to check his work and admire his
progress. Another two rails and a coat of stain and the place would
be ready for Christmas.

He swept out an arm toward the coal-black
stallion grazing nearby. “Whadaya think? Look good?”

Big Blue kept his head down and chomped
another batch of clover.

Trey inhaled, lifted another board, and set
it into place. Noontime sunshine glinted over the thoroughbred’s
back, painting sapphire pools that never failed to take his breath.
“Okay, be like that. See if you get sugar when my nieces ride you
Christmas Day.”

He looked sideways at Big Blue and had to
laugh when the horse looked up and snorted. “Thought so. Can’t
deprive a horse of his sugar, especially on a holiday.”

He pressed the nail gun against the board and
squeezed the trigger twice.
Boom, boom
.
The nails slammed into place. His grey and black barn cat, Shady
Lady, screeched at the sound and skittered past his feet. She
circled and bumped his shins.

“Whoa, there, kitty! You’re gonna get hurt up
here.” He lifted the chubby tabby and carried her down the steps
and back to the barn for safekeeping. The cat mewled softly in his
arms but didn’t resist.

Shady Lady would have to stay off the porch
for another couple of days until the work was done. If he finished
staining the wood within twenty-four hours, the porch would dry in
time for his family’s holiday arrival. He’d invited his parents and
grandmother, his brother and his children, a couple of guys from
Breezy Meadows Ranch, and Daisy’s sister, Rose, to Christmas
dinner. Rose was an Afghanistan war widow who had invited Daisy to
move in with her when she joined the Houston Mounted Patrol. Trey
would always be grateful for that.

Daisy.
His Christmas
guest of honor. Every time he thought about her, his insides did a
crazy leap and his heartbeat kicked up a notch. Even rodeo couldn’t
match the excitement he felt when she came near.

Mind of an Outlaw by Norman Mailer
Beowulf by Neil Gaiman
The Broken Land by W. Michael Gear
Kiss Me, Lynn by Linda George
If Tomorrow Never Comes by Lowe, Elizabeth
Magnet by Viola Grace
The Last 10 Seconds by Simon Kernick
Ralph Compton Comanche Trail by Carlton Stowers
My First Hundred Years in Show Business: A Memoir by Mary Louise Wilson
A Forbidden Love (The Forbidden Series) by Niquel