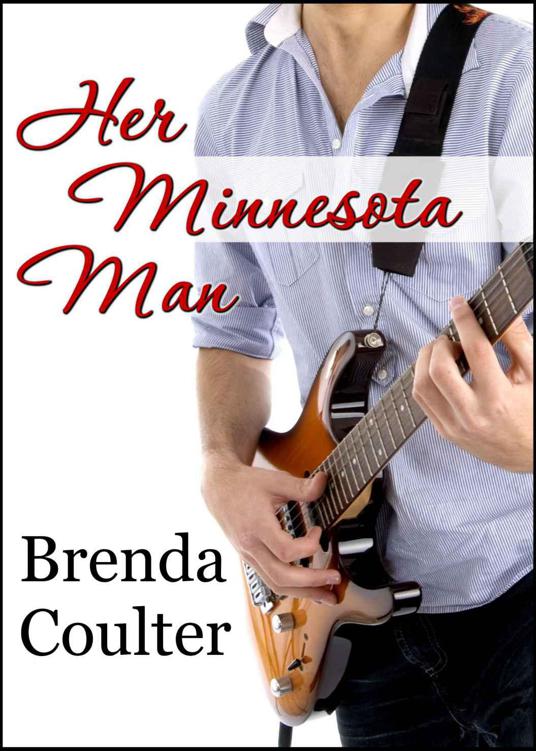 All rights reserved. This book may not be reproduced in any form, in whole or in part, without written permission from the author. This is a work of fiction. All characters and events in this story are purely the author's invention.

What a grand thing, to be loved!
What a grander thing still, to love!

Love never gives up, never loses faith, is always hopeful, and endures through every circumstance.

With love and apologies to my mom, who spent a large portion of my teenage years saying, "Turn that awful noise
down
!"

I am indebted to my beta readers, Valerie Comer, Kathy E.
Eberly
, Kate
Hinke
, Ginger Solomon, and Therese Travis, for their valuable feedback on this story.

J
ackson Bell sighed and set down the guitar he'd been picking as he stood alone in a dim corner of the concert venue's band room. Placing the instrument on its side, he nudged it against the painted cement-block wall so it wouldn't get stepped on. When he straightened and turned, his manager stood before him with a familiar green bottle and a generous glass of the single-malt Scotch he usually downed before a show.

"Let's
lubricate those famous vocal c
ords." With a strained smile and a determined toss of her glossy auburn hair, Shari
Daltry
offered the glass.

Jeb—he liked the nickname, but allowed only four people to use it—declined the drink with an upraised hand and a brief shake of his head.

Shari's smile flattened. "Why not?" It wasn't a question, but a challenge.

Jeb just stared at her. Although he wasn't in the habit of explaining himself, he'd told her the other day that he was giving up alcohol because it was becoming a problem for him, and God couldn't be happy about that.

"Don't tell me you're still on that 'God' kick." Shari shook her head in disgust. "You're smarter than this, Jackson."

The sole offspring of two atheists—a coldhearted father who'd drunk himself to death and an unremembered mother who had effected a much quicker end by swallowing a whole bottle of pills—the last thing Jeb had ever expected to become was a Bible-believing Christian. But he'd been one of those for five days now, and he was having all kinds of trouble figuring out what God expected of him.

He was determined to abandon his wicked lifestyle and become a better man. He just hoped he wouldn't have to give up his music along with everything else.

"Don't do this." Shari spoke from between clenched teeth, but kept her voice low enough to avoid being overheard by the other four occupants of the room. "Don't throw it all away."

She was about to lose her temper, but there was nothing new in that; Shari was notoriously volatile.

Jeb had never minded much. In fact, her intensity and her refusal to fawn over him were a welcome respite from the cloying behavior of the sycophants who kept trying to insinuate themselves into his life. But the main reason he put up with Shari's frequent rages was that she was the best band manager he had ever seen.

She wasn't long on personality, but she could ferret out opportunities and make things happen. During her tenure, the rock band Jeb had wryly named Skeptical Heart had produced three albums. The first two had been certified Gold records and the third had been certified Platinum.

"Just have a drink and relax," she urged, getting control and smiling again—this time with sardonic amusement. "You look like an animal desperate to claw his way out of a cage."

Well, yeah. Because he was dying for a cigarette.

And for a drink, of course.

And for some answers that he didn't know how to find.

Shari said something else, but Jeb had stopped listening. She was trying to engage him, but he had nothing to gain from an argument, so he just stared at her and waited for her to go away.

She should have gone twenty minutes ago. She knew his rule: Half an hour before the show, the room was to be cleared of everyone except the band so Jeb and the guys could get their heads into the music.

When she didn't move, Jeb looked pointedly at the wall clock and then folded his arms and raised an eyebrow at her.

She blinked furiously, her lips pressed so tightly together that they lost their color. And then with a screech of exasperation, she tossed the drink in Jeb's face.

Her angry impulse provoked a chorus of irreverent guffaws from Jeb's band mates, who had apparently picked up on the tension between their frontman and their manager and tuned in to enjoy the show.

Clamping his mouth shut to prevent himself from uttering words a Christian shouldn't, Jeb rubbed the stinging alcohol from his eyes. Then he focused his trademark laser stare on his assailant.

Jeb possessed a rare talent for killing looks. But recalling that Christians were supposed to turn the other cheek, he forced his scorching glare downward until it threatened only a worn oriental rug on the concrete floor.

A fine Christian he was turning out to be. He couldn't draw two consecutive breaths without sinning.

Shari slammed the whiskey bottle down on a cloth-covered buffet table and loosed a stream of invective that pounded Jeb's nerves like water from a fire hose. This was extreme behavior, even for her, and Jeb saw the guys exchange uneasy looks.

He wondered why none of them appeared to have guessed why Shari was so determined to undermine his resolve to give up his hard-drinking ways. It seemed obvious to
him
. Afraid that his conversion would result in his leaving the band, Shari would stop at nothing to pull him back from the light.

Jeb peeled off his whiskey-soaked shirt and mopped his face with it. His annoyance was already evaporating, leaving behind a residue of regret. What would happen to Shari and the guys if he left the band? It didn't seem fair that his decision to begin a new life might adversely affect their careers.

Her face still contorted by rage, Shari propped a fisted hand on one slender hip and flung more words at him. "What's
wrong
with you? Why are you so different?"

"How many times do you need to hear it?" Jeb dropped his wet shirt onto a chair. "I'm a Christian now."

Five days ago in a fit of despair, he'd picked up a Bible in a Louisville hotel room and read The Gospel of John. He had ended up on his knees, and for the first time in his twenty-seven years, he had prayed to God.

A guy couldn't help being different after an experience like that.

"Hey, c'mon." Taylor Benson, a heavily tattooed drummer from Dallas, slid a placating arm around Shari's shoulders and pried the empty glass from her white-knuckled grip. "Y'all can talk about this after the show."

Shari jerked away from him. "I've all but sold my soul to make Skeptical Heart a top act! And just when we're finally getting there, our frontman turns religious"—she sneered the word at Jeb—"and wants to quit!"

Four heads swiveled in Jeb's direction, each face registering stunned disbelief. No, the guys hadn't yet grasped that possible ramification of Jeb's conversion. Not until Shari had spelled it out for them.

Jeb had been planning to explain things after tonight's show. Shari was insane to introduce the subject mere minutes before the band was due onstage.

"He hasn't said anything about quitting," Taylor chided in his soft drawl. "He's just worn out. Five measly days off in six weeks of
tourin
' has been hard on all of us."

Taylor's gaze swung back to Jeb, his eyes widening in a mute appeal for reassurance.

Jeb had none to offer, as he suspected his affiliation with the band was about to become a casualty of his spiritual rebirth. His mind was groping for words to
explain that when Taylor's betrayed look and the slack-jawed stares of the other three guys told him they'd finally figured it out.