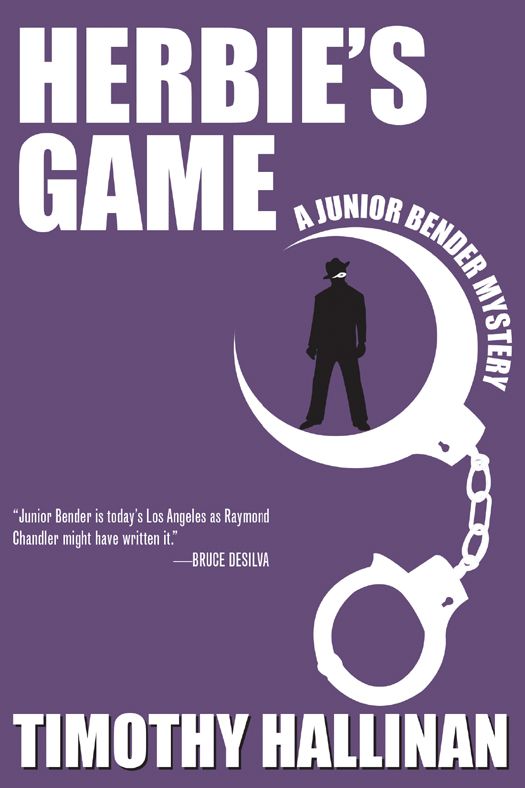 A Nail Through the Heart

The Queen of Patpong

Everything but the Squeal

The Man With No Time

For
Munyin Choy
creator, scorekeeper, and team captain of
Munyin’s Game
which I have played happily
for thirty years

Part One
1. Ur-Hamlet
2. The Only Piece of Paper That Could Kill Him
3. Always Do the Hard Thing First
4. Like Something Dreamworks Burped
5. An Established Burglar of Spotless Repute
6. A Middle D
7. We Tend to Die Early
8. Herbie’s Game
9. Elfin
10. I Hope the News Got Broke to You Gently
11. It Can Be a Dolphin If It Can Do the Job
12. How to Look Like You Admire Stupidity
Part Two
13. That Thing Hanging Over Your Head
14. Wasted Love
15. And Then You Find Out You’re a Radish
16. Hi, Girlfriend
17. Temporal Amber
18. Like Fighting With a Tulip
19. He Seemed to Have Been Born in a Dozen Places
20. The Eternal Redeemer
21. An Absolute Bar Code to Designate Criminal Stupidity
Part Three
22. The Long Rippling Arpeggio on the Harp
23. The Monte Carlo Method
24. The Essentials About All of You
25. An Entrepreneur First and a Crook Second
26. Bad, Cheap, and Ugly
27. The Worst Word in the Crook’s Dictionary
28. The Ponytail Gang
29. The Hobgoblin of Small Minds
Part Four
30. Like Being Run Over by a Car Made of Wool
31. You Don’t Know What’s on the Other Side of That Door
32. The Only Pros in the Room
33. Natural Selection Favors the Timid
34. The Famous Three Reasons
35. Vacation Videos of the Damned
36. Rainbows
37. Simple Subtraction
38. Duff
39. If She’ll Have Me
40. The Beautiful One

Eighteen minutes in—just two minutes short of my limit—I was ready to write the place off.

It was a very nice house in a very nice part of the Beverly Hills flats. A very nice car was usually standing in the driveway, a BMW SUV so new the odometer hadn’t hit the hundreds yet, and I could smell that canned new-car fragrance through the closed windows. The locks on the house’s doors, it seemed to me during my week of taking the occasional careless-looking careful look, would yield to a persuasive argument. No bothersome alarm tip-offs. Inside, I was sure, would be a lot of very nice stuff.

And I was right: there
was
a lot of nice stuff, although most of it was too big to lift. A European sensibility had expressed itself in a lot of stone statuary, some of it very possibly late Roman and some of it, for variety’s sake, Khmer, plus a gorgeous polychrome German Madonna in painted linden wood, possibly from the sixteenth century. As tempting as these pieces were, they were all too heavy to hoist, too bulky to carry, and too hard to fence, especially since my premier fence for fine art, Stinky Tetweiler, and I were on the outs.

So I was adjusting to the idea that the evening would be a write-off as I went very carefully through the drawers in the
bedroom, putting everything back exactly where I’d found it and counting down the last ninety seconds. And, as is so often the case, the moment that I gave up was also the moment that fate, with its taste for cheap melodrama, uncoiled itself in the darkness, and my knuckles bounced off one of the things that sends a little sugar bullet straight through a burglar’s heart: a jewelry box. It was cardboard, not velvet, but it
was
a jewelry box, and it rattled when I picked it up.

Ever since my mentor, Herbie Mott, taught me the rules of burglary, I’ve practically salivated at the sound of something rattling in a small box.

But … the lid was stuck. It felt like it hadn’t been popped in years, and the accumulation of humidity and air-born
schmutz
had created a kind of impromptu mucilage. The word
schmutz
, I reflected as I ran a little pen-knife in between the box and the lid, had entered Middle English via Yiddish and German, where it meant, as it means now,
dirt
, specifically, a kind of sticky, yank-your-fingers-back-fast dirt.

The top pulled free from the box with a faint sucking noise, like an air-kiss. I shook out one—no, two—objects and aimed my little penlight at them.

And heard the hum of an engine: a car, coming up the driveway.

One of the pieces I recognized immediately, a glittering little slice of history and bravery—valor, even—in platinum, rubies, sapphires, and diamonds. It looked real, it looked fine, it looked like about $12,000 from a good fence.

The brakes let out an obliging soprano note as the car stopped, and the engine cut out.

The other piece, well …

The other piece looked like something that had been made in the dark by someone who was following directions over the radio or some other medium with no
REPLAY
button. Slap it together from whatever was at hand, don’t make a second pass, don’t look at it too closely. It bore a sort of ur-resemblance to the $12,000 one, in the same way that a supposedly crude revenge play that scholars call the
ur-Hamlet
is thought to be the direct ancestor and inspiration of Shakespeare’s greatest hit, but this piece wouldn’t have fooled an inanimate object at forty paces.

A car door closed. Then I heard another.

The two pieces were in the same box for a reason. I replaced the lid, slipped the box into my pocket, put the drawer back in its original order, and let myself out the back just as the front door opened.

Wattles once told me he was always happy in the morning because he hadn’t hurt anybody yet.

So it’s easy to imagine him singing something late-sixties/early-seventies—“Take It Easy,” maybe, or “Born Free”—as he clumped out of the elevator in the black-glass, medium-rise office building where he did all the bad things that comprised the business of Wattles, Inc. Easy to imagine him, sport-jacketed and red-faced, following his beach-ball gut down the hall, dragging his left leg behind him like a rejected idea and looking, as he had for twenty years, like he’d be dead in fifteen minutes.

Changeling by Steve Feasey
I Am the Only Running Footman by Martha Grimes
Heller's Punishment by JD Nixon
Tridas by Alan, Mark
The Collected Short Stories of Louis L'Amour, Volume 2 by Louis L'Amour
The Wishing-Chair Again by Enid Blyton
Over the Boundaries by Marie Barrett
Icarians: Poisoned Dreams by Mock, Vanessa, Reinking, Jessie
Traditional Change by Alta Hensley
The Wild Card by Mark Joseph