“In his typical raw, rough and real style, Zach Fortier brings another page-turner of a book! A realistic look inside the lives of the people that carry a badge, and what happens when they tarnish it.”

“I found
Hero to Zero
to be a compelling read and it provides unbelievable insights into “cop life.” It reaffirms the myth about the secrecy and confidentiality inside the brotherhood of blue—it does exist even if on an expiry date.”

“…an interesting account of those in uniform whom most of us look up to, look to for help, look to for guidance, and wouldn’t ever imagine acting in any way like those they are protecting us from. This book gives us the inside scoop in the no-nonsense way that Zach sees life around him and is written in that same no-nonsense way.”

“The stories are each fascinating in their own way, as are the behind-the-scenes details of life in law enforcement. Fortier has put out another excellent work with this book.”

“The stories are gritty, told in a personal and conversational manner. It feels like you’re chatting over a beer or something, which makes it a quick and enjoyable read.” 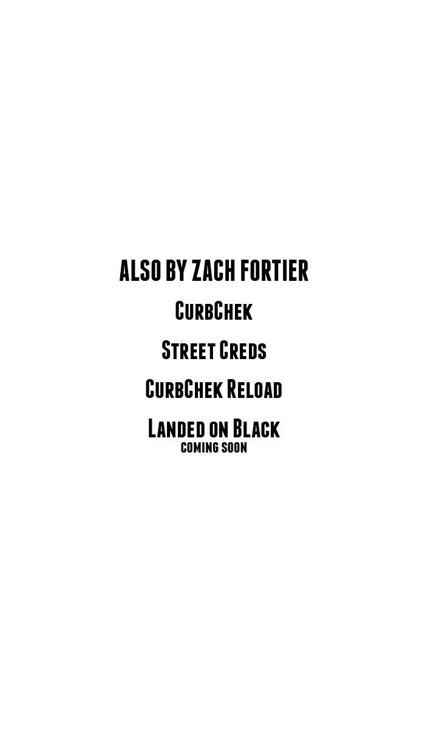 DURING THE 1980S, I WAS
working as a military cop. It was a time of nuclear protests and people were nowhere near as pro-military as they are today. People hated you instantly if you were in the military. To be a military cop was the lowest of lows, the bottom of the military shit pile. This was where I met Robert Suggs.

He was a military cop as I was, but he was very different from the rest of us. He embraced the “cop lifestyle” with a zeal that was somehow intoxicating. He had a passion for being a cop that was unheard of in the environment of the military. Everyone else who wore the uniform looked down on us. Suggs brushed all the criticism aside and looked upon being a cop as a worthwhile pursuit—a calling. He saw it as something to devote your life to and never feel ashamed of. His passion was feverish.

He not only worked as a military cop, sometimes sixty hours or more a week (we all worked long, long hours due to staffing levels being at bare minimums), he also volunteered as a reserve police officer for the Spokane Police Department. He lived breathed and ate
cop
, 24 hours a day, seven days a week.

I started to talk to Suggs on night shift when our patrols would overlap. I made it no secret that I wanted to learn what he had learned from the Spokane cops. Military police tactics were old and out-of-date; we all knew that. Talking to Suggs was like jumping ahead twenty years in tactics and techniques, compared to the mindset that we were taught as military police, or MPs. Suggs started to mentor me when he realized that I really was interested in the newer, cutting-edge tactics being taught on the streets of Spokane.

He tested the waters with me one night to see how committed I was to learning the newer stuff. He called for a meeting over the handheld radio, and I met him in a parking lot. He had another cop meet us there as well. The other guy was newer, like me, and Suggs had been working with him, too—teaching him, undoing the mindset the military had instilled in him.

Suggs asked me how comfortable I was with the military’s standard search technique. Did I think that I could find a gun or knife and still keep my suspect under control? Yeah, I did. I was pretty physically fit and cocky. I thought there was no way a suspect could get the best of me, search or not. I worked out constantly; it was a life-long obsession. I told him I was pretty good at searching. He smiled, and I knew I had just made a mistake.

He laid out the scenario for me. A guy had broken through the gates of the installation, and was trying to access the nuclear-loaded aircraft area. I had stopped him and removed him from his vehicle and now had to search him. Suggs cut out the normally tedious and long-winded process of removing the suspect from the vehicle, which is similar to the current “felony stop procedures police now use and took me straight to the search. This was to be a test of my toughness and my real desire to learn, as I was about to find out.

The fight was on. This was not like the military training I had been accustomed to. This guy turned on me and was seriously kicking my ass. There was no time out. It was a no-holds-barred, fifteen-minute dog fight. By the end of the fight, we were both bloodied up pretty good. Uniforms were torn, and our usually highly polished boots were shredded. Neither one of us could defeat the other.

The idea of searching and containing the suspect was gone. I was raging mad, and so was the “suspect.” Suggs watched us fight and was talking shit to me the entire time, telling me I was losing and that I was going to die. He said, “I thought you wanted to be a cop? This is a sad excuse for police work—you’ve let your suspect kick your ass.” He kept talking shit to me until I was finally able to get the guy into an arm-bar and nearly broke his arm. I was taunting him by this point, yelling, “Now what? Now what?”

Suggs said to me, “Okay. I see that you’re serious and want to learn. First thing that you need to learn is you can never take for granted that you are gonna make it home. You survive the night by being meaner, tougher and, most importantly, smarter than the other guy. You get cocky like you were tonight and you’re gonna get killed.”

He said that was the most important thing he learned from Spokane’s cops. He said they did the same thing to him. They had him search a “suspect” and then it went to shit. He had to fight until he too overcame his “suspect.” They told him 75 percent of the cops who came to their academy failed this test and were washed out.

“Congratulations,” he said to me. “You just passed their first test.”

Over the next several months we had a number of meetings like this one. They weren’t as violent, but they were just as challenging. Suggs always had a concept to teach, or an idea or technique that I had to learn, practice, and master. He taught me a lot. The most important thing he taught me was always to challenge what I was being taught. To make it work for me on the streets or get rid of it. He changed my mentality from following the rules and conforming to the ways that the military had taught me to what actually carried me through my entire career. Challenge everything: every technique, every theory, and every tactic. Right or wrong, he shaped the way I saw police work from then on.