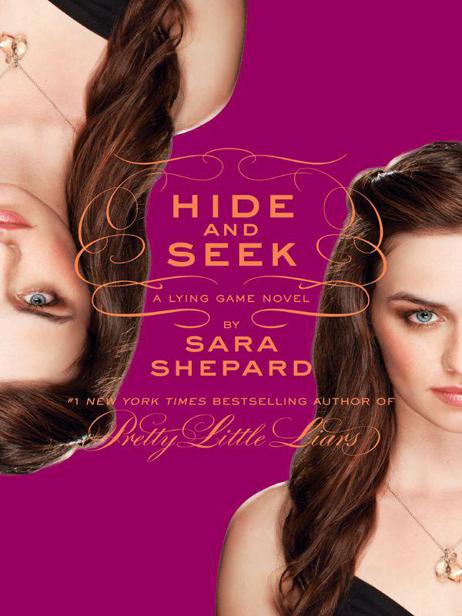 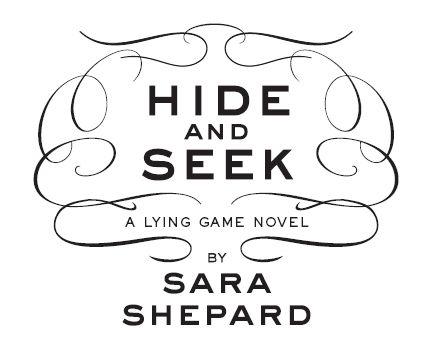 Cherish those who seek the truth
but beware of those who find it.

To Grandmother’s House We Go

Volleying with the Enemy

Can You Hear Me Now?

A Brush with Danger

That’s One Way to Win

Too Hot to Handle

Another One Bites the Dust

Where It All Began

The Rattlesnake in the Room

Other Books by Sara Shepard

I’d always thought the afterlife would be like an eternal stay at a resort on St. Barts—hot French waiters bringing me fruity drinks until the end of time, the azure Caribbean sky in a permanent sunset, a cool ocean breeze tickling my forever tanned skin. It would be my reward for living a full, fabulous, long life.

I couldn’t have been more wrong.

Instead I died days before my eighteenth birthday and what was supposed to be an amazing senior year. And rather than sipping a mojito on a white-sand beach, I woke up in Las Vegas, tethered to a twin sister I never knew I had. I watched as Emma Paxton was forced into
my life and had to begin impersonating me. I watched as she sat at my place at the table with my family and giggled with my friends, pretending she’d known them forever. I watched her read my journal, sleep in my bed, and try to figure out who killed me.

And I seemed to be stuck here until further notice. Everywhere Emma went, I went, too. Everything she knew, I knew as well—the problem was, I didn’t know much beyond that. My life before I died was a question mark. Certain things have come back to me—like how I wasn’t exactly the nicest girl at Hollier High, how I took for granted all the things I’d been given in life, and how I’d made plenty of enemies by playing vicious pranks on people who didn’t deserve it. But everything else was a blank, including how I died, and who murdered me.

One thing I did know was that my killer was now watching Emma’s every move right along with me, making sure that she plays along. I was a breath away when Emma found a note saying I was dead and warning her that if she didn’t pretend to be me, she’d be dead, too. I felt the stars explode behind Emma’s eyes when she was nearly strangled during a sleepover at my best friend Charlotte’s house. I had a front-row seat when a light fixture in the school’s auditorium careened toward her head. They were all warnings. My killer had been so close. And yet, neither of us had seen who it was.

It was up to my twin to catch my killer, and there was nothing I could do to help. It wasn’t like I could communicate with her. Emma had cleared my best friends, Charlotte Chamberlain, Madeline Vega, and Gabby and Lili Fiorello, as murder suspects—they each had alibis for the night of my death. But the alibi she’d been counting on to clear my adoptive little sister, Laurel, suddenly wasn’t so airtight.

Now I watched as my family sat on chaise lounges at the local country club, shading their eyes from the brutal Tucson sun. Emma settled into a seat next to Laurel and buried her nose in a magazine, but I could tell she was studying my sister as closely as I was.

Laurel pored over a leather-bound beverage menu through the shade of thick black Gucci sunglasses, then casually rubbed a dollop of tanning oil on her shoulders as though she didn’t have a care in the world. Fury streaked through me.
I’ll
never feel the sun on my skin again and it might be because of her. She had a motive, after all. We shared a secret crush—and I was the one who got Thayer in the end.

My mother pulled her BlackBerry from her straw Kate Spade beach tote. “You won’t believe the way the RSVPs are pouring in for Saturday, Ted,” she murmured, staring at the screen. “It looks like you’ll be turning fifty-five with a bang.”

“Mm-hmm,” my dad said absently. It was unclear whether he really heard her. He was too busy looking across the pool at a tall, muscular boy running a hand through his dark hair.

Speak of the devil. Thayer Vega himself.

My heart thumped as Emma glanced in Thayer’s direction. Laurel’s gaze turned, too. No matter how cool my younger sister tried to play it, she couldn’t hide the flash of hope that passed over her face.
Not on your life,
I thought angrily. I may be dead, but Thayer belongs to me—and
only
me. We’d had a secret relationship when I was alive, something that I’d only fully remembered a few days before. For a time, it had seemed like Thayer could have been my killer—we’d had a secret rendezvous the night I died. But thankfully, Emma had cleared him—someone had hit him with my Volvo, maybe aiming for me. Laurel had whisked Thayer off to the hospital, where he’d remained all night. I was relieved he wasn’t the one who did it…until I realized that maybe the person who did was sitting next to Emma right now. Just because Laurel took Thayer to the hospital didn’t mean she stayed with him. She could have come back to give me a piece of her mind…or to finish me off forever.

We all watched as Thayer climbed the metal steps of the diving board. He stalked to the end of the board, limping slightly, and tested the spring with a few bounces.
His stomach muscles rippled as he gathered momentum. He raised his tanned arms above his head and dived into the water, cutting the still surface with his perfect form. He stayed under for the length of the pool, little bubbles rising to the surface in his wake. I could almost feel the butterflies fluttering in my no-longer-there stomach as I watched him move beneath the water. Something about Thayer Vega still made me feel so
alive
and it took me a moment to realize that I wasn’t.

Laurel’s lips flattened into a grim line when Thayer surfaced and grinned at Emma, and I realized something else. If Emma’s not careful, she’ll end up just like me.