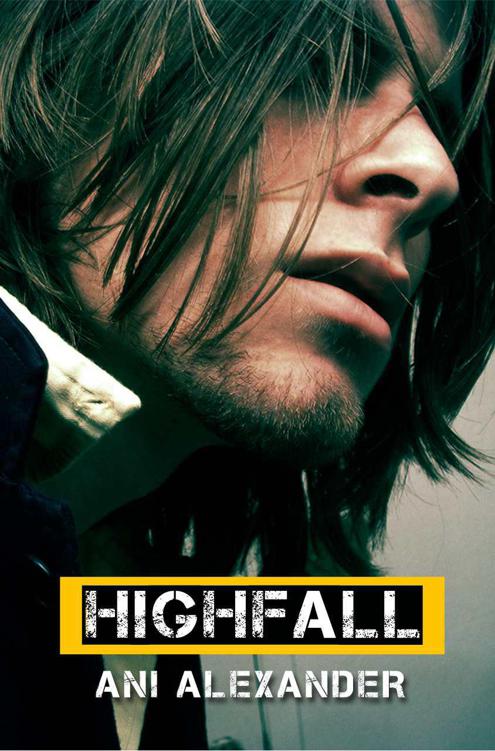 Based on a True Story

No Portion of this publication may be reproduced or transmitted in any form or by any means, electronic or mechanical, including, but not limited to, audio recordings, facsimiles, photocopying, or information storage and retrieval systems without explicit written permission from the author or publisher.

First of all I would like to thank my friend.   Hers is the story you are about to read.  She related to me the unvarnished events with all her secrets, and not only allowed me but actually encouraged me to use them.  And I truly appreciate that!  Eventually you became Annika, but you know who you really are – and I thank you!

Then I would like to thank my husband and son for their forbearance.  They would probably have preferred me to do things for them rather than sitting and writing for hours.

I can't even put into words how much my ideal editors Jennie and David did.  It was priceless!

My last thanks go to that tiny circle of people who believed in me, helped me through my black days of self-doubt and provided me with invaluable feedback.

To you guys, a huge thank you!

It was yet another ordinary day.  Almost everything was ordinary in Annika's ordinary life.  She was an ordinary teenager of seventeen leading a resolutely ordinary existence.  Annika studied in the ordinary way, had ordinary friends and felt quite happy.  She did not know what love was, but that did not seem to bother her too much.  It was nothing out of the ordinary.  She was content with her non-extraordinary life and willingly went with its flow.

Annika stood at the bus stop, hoping that the bus would come soon.  It was very cloudy.   She did not have an umbrella, and getting soaking wet was not in her plans.  But life follows its own plans, not someone else's.

It started raining.  Raindrops landed on her hair, big and heavy.  Some kissed her
cheeks, others made her clothes wet and the least lucky landed on the dirty pavement and died disgracefully.

At first Annika got really annoyed and cursed through her teeth but then, realising that she could not fight back the rain, resigned herself to the situation.

Annika was lost in her thoughts when she heard the loud squeal of hysterical car brakes.  She turned around to see a black car, out of control, coming straight at her.  The driver was desperately wrestling with the steering wheel to save the situation.  Annika on the other hand froze into immobility.  She simply watched the car and waited for it to hit her.  She accepted the situation and resigned herself to fate.  When the car was almost upon her, she just closed her eyes.

The few seconds that passed seemed like an eternity.  Annika was braced for the worst, but all she felt was a weak impact.  The bumper grazed her legs, causing her to lose her balance and fall to the ground.

The driver jumped out of the car and helped her to her feet.

“Are you alright?” he was asking over and over again.  “Are you ok?”

Although Annika was completely ok, the shock and the fear had paralyzed her for a while.  All she could do was look at him, speechless.

“I'm sorry...I am so sorry... I am really sorry,” he went on.  The shock seemed to have the opposite effect on him.  He asked and apologized, apologized and asked nonstop.

After a few more minutes of monologue, he finally made his first logical statement.

“I'll take you to the hospital.”

“I am fine,” Annika finally managed to whisper in a weak voice.

“I'll take you anyway just to make sure.  Come on.”  Basically he bear-hugged her to the car.

Her weak, cotton-wool body did not resist.  She did as she was told and sat in the car that had almost killed her.  He started the engine and drove to the hospital.

Not a word did Annika say; her wet clothes were soaking the seat and her hands were ice-cold. She merely enjoyed the fact that it was warm and dry in the car.  The rain was as fierce as ever, but he was driving much more slowly now.  It seemed as if he had already learnt his lesson.

Annika looked at a fixed point in the rear-view mirror.  She watched the rain and thought of nothing.  She felt completely empty and let happen whatever was supposed to happen.  Since she had been getting ready to die fifteen minutes ago, whatever happened now couldn't be worse.

After a while she finally managed to turn her head and looked at the “almost killer”.  He hadn’t killed her but he definitely had a killing look.  Well, at least for a 17 year-old teenage girl who loved rock music.  He looked like Kurt Cobain - but with dark hair and dark eyes.  There certainly was quite a pull...

Just what Kurt would have done Annika did not know, but this guy took her to the hospital.  He ran after doctors and looked terribly concerned until they told him that she was completely fine. Meanwhile Annika looked around and had the impression that things were happening to someone else.  She looked on but took no part.  She said and felt nothing.

Annika followed him outside and they stood there for few minutes, just looking at each other. What each one saw in the other, no one knows but the fact that, with not a word spoken, both got into the car again, said a lot.

He was driving again.  She did not ask where to.  He spoke.

“I think it's time for us to have a coffee and celebrate the fact that after bumping into each other we're still alive.”

The car stopped next to the cafe in the center.  They both got out and went inside.  He headed to the small table in the far corner.  She followed.

Once they had sat down and relaxed, Annika finally spoke.

“I guess it's time to find out your name,” she said.

“Stefan,” he smiled with the warmest smile she had ever seen.  It warmed her inside.

Annika felt as if they had known each other for ages, yet they had never met before.  They both spoke nonstop, questions tumbling out, each asking about the other, sharing their thoughts and values and swapping their life stories.

After a few hours Annika knew more about Stefan than did some of his friends.  Still, Stefan knew a bit more, since he could find out more things by intuition.  She was a teenager and he was nine years older, which meant that he definitely had the edge on her in terms of wisdom and experience.

“The sky’s the limit,” said Annika, pronouncing her favorite slogan at the time.  “I think people should not be limited to stereotypes; they should have freedom of choice and get the most out of life.”  Teenage maximalism and her adventurous nature showed through her innocent looks.

“I totally agree – been following that line since I was your age,” Stefan was teasing her.

“Very unexpected for an old bank executive like you,” Annika teased back and they both laughed.

From time to time, people at other tables would turn round as they laughed.  None of them would think that, just a few hours ago, Stefan had almost killed Annika.  They looked like an ordinary couple that had just started dating and couldn’t get enough of each other.  Each word, each smile, each look soothed away the shock and stress.  At some point the rain stopped.  It was as if there hadn’t really been any bus stop and what had happened had just been a nightmare.  And they’d woken up!

Time flew by and neither noticed that they’d been chatting away for four hours.  Stefan offered to drive her home.

“But before that, I have to see a friend and get some keys, if you don't mind.”

How could she mind?  Of course she didn't...

Stefan's friend's name was Don and he had a pub in the old town.  It was small and cosy.

“Wow, look who's here!” Stefan's friend came out from behind the bar and hugged them both.

“Who is this beauty?” asked Don, raising an eyebrow.

“This is Annika.”  Stefan didn’t feel like telling the whole story and decided what he’d said was quite enough.

“Ok,” Don winked to show that he got the picture, “but I am not letting you go before we have a drink together, so don't even argue.”

Don poured three martinis and Annika just knew she wouldn't be getting home any time soon.

The pub's customers soon started to appear.  Stefan seemed to know most of them and they got surrounded by a crowd.

“Wow, Stefan, who is she?  Where have you been hiding her?”

“We can see how crazy you are about each other.”

Their reactions amused Annika and they decided to make no mention of the fact that a day before they’d been complete strangers.  Although, to be fair, you’d have to admit that after four hours drinking coffee together, they were anything but strangers.

The band started playing and the pub filled with the sounds of the music which drowned out the crowd's conversations.  Annika didn’t notice just when it was that Stefan took both her hands in his but after that, he didn’t let go of them.  His big, masculine hands enfolded her tiny little ones, as if wanting to protect them.

It was an evening of discoveries, new faces and new experiences...

That day was the first extraordinary day in Annika's ordinary life.  From that point on her life stopped being ordinary, and she could feel it.

It appeared that Stefan had been playing with the band for several years.  The only time he let go of her hands was when he went onto the small stage and performed a song.  Stefan was singing for her, looking straight into her eyes and touching her soul with his deep voice.  She felt like someone from a book or a movie; she couldn’t believe that what was happening was real. Microphone in hand, he looked even better than Kurt Cobain.

When Stefan took her home, it was pretty late already.  The car parked next to the entrance to Annika’s building but neither wanted to part.  It felt like two teenagers in the car, not just one.

He gently touched her cheek with one finger.  She was looking into his black eyes.  The air was tense and his car too small for the feelings they couldn’t put into words.  His mouth found hers and although both were far from new to the kissing game, this kiss was special and something completely different for both of them.

Annika looked around several times before going into the building.  She flew up the stairs feeling easy, happy and completely different from the girl who’d been waiting for the bus in the rain.  It all looked different to her: the entrance to the building, the front door of their apartment, even the apartment itself.