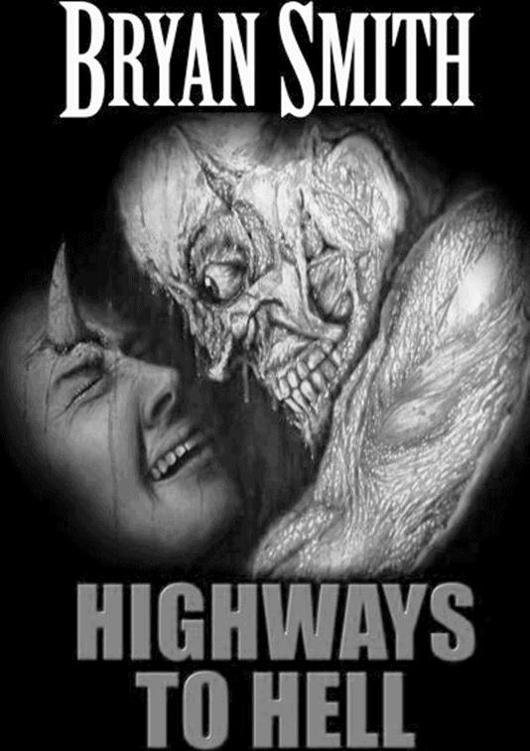 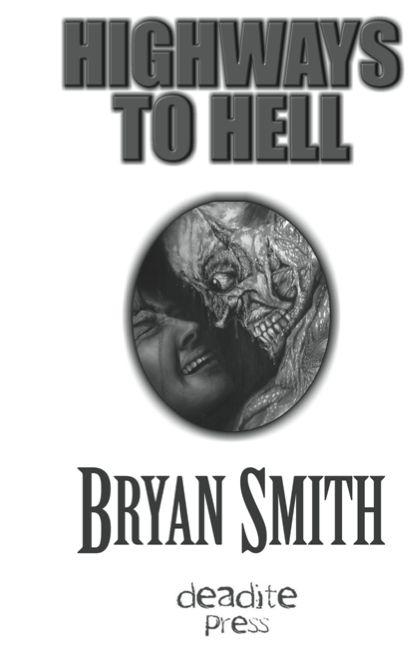 Killers on the Road

Hell Ain’t a Bad Place to Be

What you have in your hands here is the first comprehensive collection of my short fiction. It may very well be the last such collection, or at least the last for a very long time. This is because I have only intermittently written short fiction in the years since I started writing professionally. When I was writing my novels for Dorchester Publishing (Boo! Hiss! Boycott!), I was also working a full-time job and it was all I could do to carve out enough free time to write those things. The few times I wrote short stories during those years was because someone willing to pay me to do so asked. Examples would include the stories that bookend this collection, “Living Dead Bitch” and “Hell Ain’t A Bad Place To Be.”

In the case of the former, my friend Kent Gowran had a short-lived website devoted to publishing fiction inspired by Troma films and other trash cinema favorites. He was willing to pay the going professional rate, so I was happy to come up with something for him. As a bonus, “Living Dead Bitch” was a genuinely fun story to write, so much so that it could have been much longer. That’s a potential complication I run into with virtually every short piece I attempt these days. They all want to be bigger and longer as I get into writing them, to become novellas or full-fledged novels. I guess it’s fair to say that over time the novel has become the form with which I am most comfortable. In some cases, I just say ‘fuck it’ and let it happen, as happened with a zombie story I started recently with the intent of including it as an original fiction piece in this collection. It’s on its way to being a novel now and that feels right for that particular piece. With “Living Dead Bitch”, I forced myself to rein in that tendency and finish it as a short story (though I reserve the right to revisit the material one day and turn it into something bigger).

As for “Hell Ain’t A Bad Place To Be”, that story was written at the request of the artist known as GAK for inclusion in the
Infernally Yours
Edward Lee tribute anthology. At more than 8,000 words, it’s a longish story, maybe a couple thousand words shy of novelette length. I’ve been a devoted Edward Lee fan since his novel
Coven
was released in mass market paperback by Diamond in 1991, and so it was an honor to be invited to participate in the tribute project. I enjoyed getting to play around a bit in Edward Lee’s world and I think the story reflects my enthusiasm for the project. Of course, the title is lifted from the AC/DC song of the same name. As a teenager, AC/DC was my favorite band. They were loud, snotty, obnoxious, and drunk…everything you want in a rock and roll band (or at least that was the case in the days before rock and roll got all pussified and politically correct on us). The title of this collection obviously is also derived from one of their songs. Now they’re a bunch of fabulously rich old men who record and tour now and then when they feel like it, rather than sneering punks, but I still love them. So it was fun to insert original AC/DC singer Bon Scott in the story as a singer with a regular nightclub gig in hell.

Another story in the collection, “Pizza Face”, is notable for being my first professional-level sale. In January 2003, it was accepted for inclusion in the perennially forthcoming Richard Laymon tribute anthology
In Laymon’s Terms
. Amazingly, as of this writing, it’s looking as if
In Laymon’s Terms
is finally about to be published. Advance reader copies are circulating and contributors are being asked to supply updated mailing information. Nonetheless, the story’s appearance in this collection will likely still beat
In Laymon’s Terms
to the marketplace. I have mixed feelings about that. It belongs in this collection, no doubt. But the belated publication of the piece will be bittersweet. When the story was accepted in early ‘03, my father was still alive. By the time
In Laymon’s Terms
is released (summer of 2011, most likely), he’ll be eight years gone from this world.

“Pizza Face” was specifically written as a Richard Laymon-style story for obvious reasons. It features some of the late writer’s best known trademarks, such as bloody violence, fascination with certain aspects of the female anatomy, and outlandish situations. I’ve been a Laymon fan since 1982, when I read his novel
The Woods Are Dark.
If you’ve read virtually any of my books, his lingering influence on my work should be clear.

Although “Pizza Face” technically counts as my first professional sale, due to the fact that Cemetery Dance will actually publish the thing soon, that distinction nearly went to another story in this collection. “Slugger” has never appeared anywhere in any form, either in print or online. However, in 1990 it was accepted by New Blood Magazine editor Chris Lacher at the then professional rate of three cents a word. For those too young to remember, Lacher had cultivated quite the bad boy reputation in the small press horror world. In a way, he was kind of the Brian Keene of his time. He didn’t mince words and was known to offend people from time to time. Back then I was convinced he would be one of the genre’s next “rock stars”, in the vein of John Skipp or Craig Spector. So I was thrilled when New Blood accepted the story. It felt like a big deal and I believed I was finally making some real progress in my quest toward “making it” as a writer. True to my luck back then, however, New Blood never published another issue and the story, of course, did not appear. It is presented here exactly as it was written in 1990. I have not attempted to polish or update it. I’m sure “Slugger” could use some polish, but I’m not interested in reworking a story I wrote so long ago. It is presented here primarily for historical purposes, or perhaps even for a bit of closure. It is what it is. Maybe you’ll enjoy it, maybe you won’t—I’m just glad it’s finally in print.

The story called “Rattlehead” is a story from the mid-90’s that appeared in a now-defunct webzine called Dream Forge. In gathering material for this collection, I came across the original manuscript for the tale and opted to include it. It’s not a bad story and, I think, deserves a place in print. It certainly shows some growth from the “Slugger” era, and I recall the online response being quite positive.

Several other stories in the collection date from 2001 and 2002, and are more polished by far than either “Rattlehead” or “Slugger”. Some of these stories appeared online at the Horrorfind website (when the fiction section was edited by Brian Keene), and others appeared in my 2003 chapbook
Under The Skin
, another Undaunted Press publication. I remain mostly pleased with most of these stories. They were written well after I’d emerged from my developmental period and display a surer hand than that wielded by the 25-year-old who penned “Slugger”. The stories I’m referring to here include “Remorse”, “Jarhead”, “Sustenance”, “Brain Worms Crave Soul Food”, “Truth”, and “Left For Dead (Moon Child Ascending)”.

Careful readers will note that a number of these earlier stories do not contain quite as much gore or over-the-top violence as the books for which I’ve become best known. A lot of that is related to being a young, unknown writer. I wanted to sell these stories, and back then I didn’t know how much of the really crazy stuff I had in my head I could use. After I sold that first mass market novel, my confidence soared and I became unafraid to let the more twisted side of imagination take me wherever it wanted. However, while some of the older stories may not be as wild or as fucked-up as what you’d find in
Depraved
or
The Killing Kind
, I think they are entertaining stories most of you will dig.

One of the more recent stories, “Killers on the Road”, was actually written as a bonus feature that appeared on the Dorchester website around the time
The Killing Kind
was released in paperback. It features characters from that novel, who bump into characters from my earlier novel,
The Freakshow
, with predictably bloody results. It’s a fun little story, and this marks its first print appearance.

So, that about wraps it up. At the rate I write short stories, the next collection will probably be another decade from now. That’s if there ever is another one. And though novels have become my preferred form, I am grateful to Deadite Press and, in particular, to editor Jeff Burk, for making this possible. This book was Jeff’s idea, and I might never have seriously entertained the notion of a collection otherwise.

So if you don’t like the book, blame him (better Jeff than me).

If you do like it, buy the man a beer.

A French Affair by Felthouse, Lucy
The Spy With the Silver Lining by Wendy Rosnau
A Slice of Murder by Chris Cavender
Truth or Die by James Patterson, Howard Roughan
The Magus of Hay by Phil Rickman
Stars (Penmore #1) by Malorie Verdant
Shattered Sun (The Sentinel Trilogy Book 3) by Michael Wallace
Nocturne by Christine Johnson
Foul Matter by Martha Grimes
To Trust a Warrior: An Alien Rogue Romance (Starflight Academy Book 4) by Immortal Angel