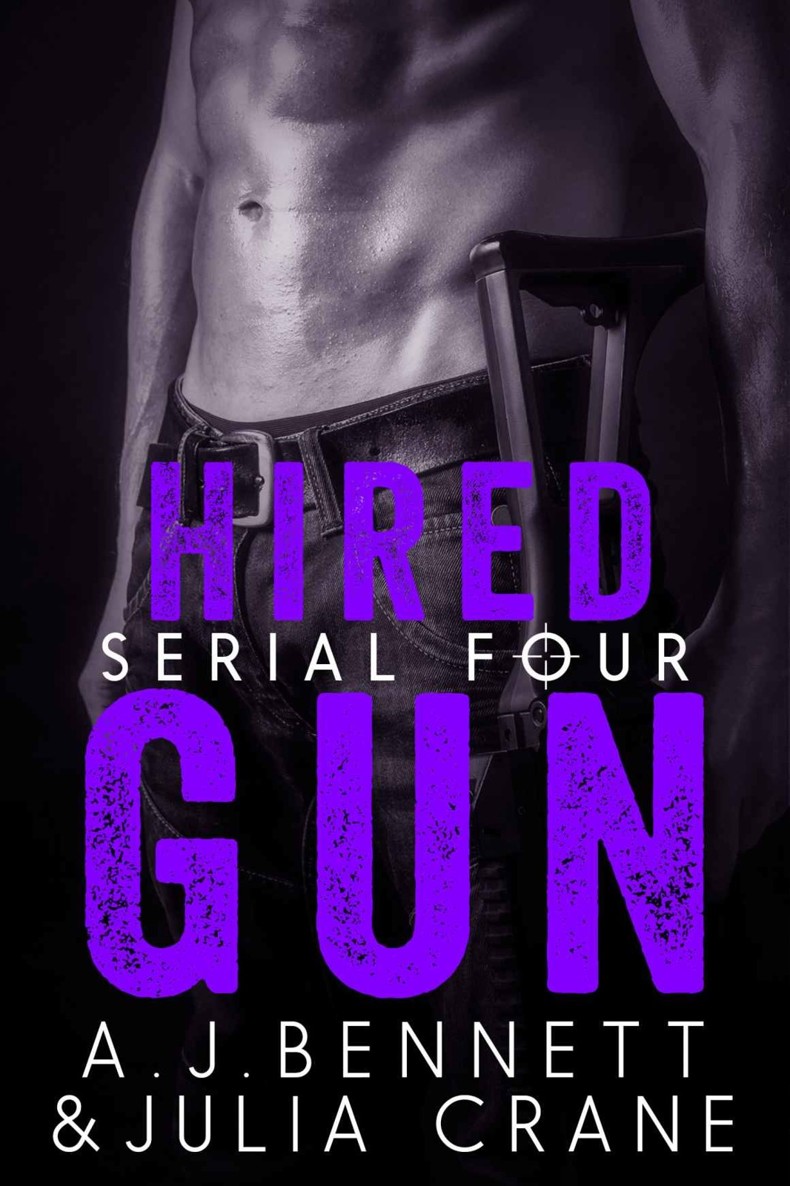 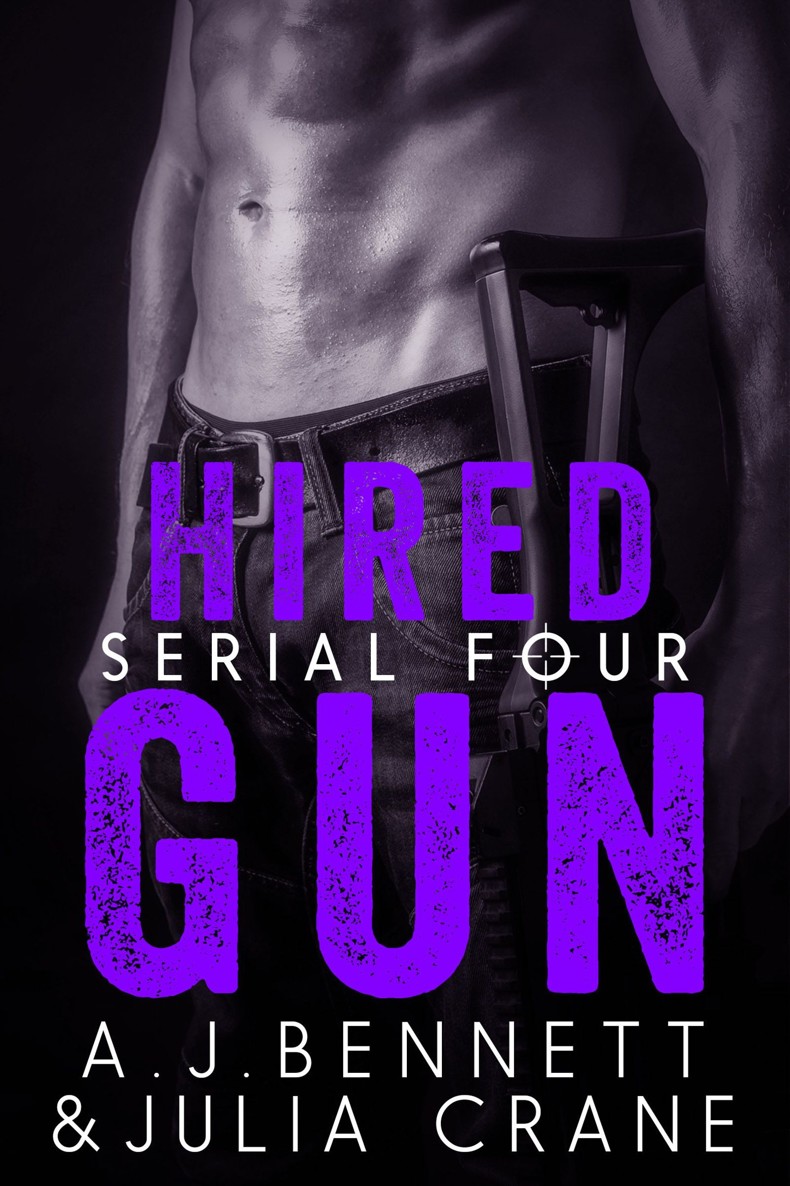 This book is protected under the copyright laws of the Unit- ed States of America. Any reproduction or other unauthorized use of the material or artwork herein is prohibited. No part of this book may be used or reproduced in any manner whatsoever without prior written permission of the author.

This novel is a work of fiction. Any references to historical events; to real people, living or dead; or to real locales are intended only to give the fiction a sense of reality and authenticity. Names, characters, places, and incidents either are the product of the author?s imagination or are used fictitiously, and their resemblance, if any, to real-life counterparts is entirely coincidental.

To my husband and his love of greek mythology.

To the readers who continued with us on Thorne’s journey.

Pissed off, Thorne stormed out of his apartment, leaving Ragner and Nike to fend for themselves.

Once he was in the elevator he dropped his head, releasing a deep breath he hadn’t realized he was holding, and reached his hand back to rub the tension out of his neck.

Gods, the fact that Kataya was Laurie, it was just too much to take in. He really couldn’t seem to wrap his mind around it. It’s no wonder his attraction to her had been immediate, absolute, and bordering on obsession. Fuck!

And let’s not forget that Kataya was married to Thanatos! Did she think she was funny by telling him that Thanatos was his nickname behind closed doors? What the fuck was she up to? Dammit, he felt like his head was going to explode into a million pieces.

His long dead wife, whom he missed every waking moment, was married to the daemon he was somehow meant to kill? Could this get any more complex?

Closing his eyes, he clenched his hands into fist. The thought of Thanatos’s hands on his mate was enough to make him want to tear the city apart. He had to find a way to distance himself from the mental images before they drove him insane.

As much as he wanted to react, he needed to think on it first. The fate of the world was literally on his shoulders.

If there was one thing he knew for sure, it was that he was going to bring Thanatos to his knees, one way or another. Even if it meant his own last breath.

The elevator dinged and Thorne stepped out it. As he walked down the hallway, he continued going over possible scenarios in his mind.

Not in the mood to fight traffic, Thorne closed his eyes and stepped into the wavering portal in front of him. Next thing he knew he was standing in Benny’s living room.

Taking a deep breath, he waited for the room to come into full focus and willed his anger to tamper down, but that task was pretty much laughable.

“Hey, honey, I’m home,” Thorne practically growled. His emotions were intensely swirling around inside of him. He wanted to break something. Preferably Thanatos’s neck.

Looking all godly, Benny strolled into the living room wearing nothing but boxer briefs. His skin was practically glowing. Had Nike already made it over here?

“Nothing important.” He tilted his head toward the couch, but Thorne was too keyed up to sit down. “What’s going on? I can’t even remember the last time you graced my modest home.”

Glancing around, Thorne took in Benny’s subdued taste. It was cozy and very understated, and it fit him well. However, he wasn’t here to talk about decor.

Thorne tossed him the thumb drive. A laptop immediately appeared before their eyes. Ah, the power of the gods.

Sinking back into the couch, Benny pulled up the information and scratched the side of his face. “What am I looking at?”

Benny might be a god, but he didn’t have Thorne’s ability with electronics so all he was seeing was a distinguished older gentleman. And not the daemon that he was.

“His name is Geoffrey Willis and Ragner wants us,” Thorne gestured between the two, “to take him out.”

“Unusual, but not strange enough for you to come into my home unannounced.”

Benny and Thorne might take on hits together to pass the time, but they were never tasked for a hit at the same time. Meaning only one of them got paid.

Taking a deep breath, Thorne closed his eyes and instantly the image on the screen turned into Thanatos.

“What the hell?” Benny ran his hand over the side of his face.

“Meet the next future president of the United States of America.” His lips tilted into a humorless grin.

“Well ain’t that some shit.”

“Kataya Clarke is his wife.”

Benny moved the computer from his lap, set it on the seat next to him, and stood up. “The Fates have quite the sense of humor don’t they?”

“After I finish with Thanatos, I’ll have a visit with those three little bitches.”

Benny laughed. “I wouldn’t advise that, my friend.”

“Your consul is duly noted.” Thorne’s voice was laced with sarcasm. “So how are we going to kill this asshole?”

“Come again?” Thorne could hear the blood pounding in his ears. This was not what he’d wanted to hear.

Benny shook his head. “It’s impossible. Even for the two of us. The best we can hope for is to capture him and lock him away where he cannot escape.”

Thorne explained the details of how the moron Apollo killed off his family.

“Fucking Apollo, that asshole never knows when to stop.” Benny paused. “As you can see, even Apollo couldn’t kill him.”

Thorne wasn’t buying it. “Everyone can be killed. Even immortal gods. We’ve seen it happen again and again throughout history.”

“Through your rage you’re missing the bigger picture, Thorne.”

For the first time in his life he wanted to throttle Benny. “Well then, why don’t you enlighten me old wise one.”

Benny’s shoulder lifted. “I’m telling you he can’t be killed.”

Thorne’s mind was racing. How the hell do you kill the un-killable?

“Nike said if anyone had a chance it was me. What the hell did she mean by that? And she suggested your help. So if she said that, then there has to be a way. We just don’t know what it is yet.”

Looking pensive, Benny tapped his hand on the side of his leg. “Maybe so. Let me go back to The Realm and see what I can find out.”

That wasn’t a bad idea. “I might as well pay my father a visit, too.” Thorne blinked out and found himself once again back in his father’s study, only this time it was empty. Where the hell was his father?

Fuck it
. Thorne blew the doors open and sauntered through the halls of his old home. The ceilings were as massive as he recalled. Maids were scurrying about. One of the women caught his eye and she shook her head with a sigh. Malda, she thought he had come back to die. Or wreak havoc. She wasn’t too far from the truth.

Ordinarily he would take time to talk to one of the only servants who’d ever shown him kindness, but at the moment he had more pressing matters.

“Father!” Thorne bellowed, knowing full well the rest of the gods and goddesses would hear him. He didn’t give two flying fucks. What’s the worst they could do? Kick him out? Thorne laughed to himself. Kill him? Not today.

His father appeared before him, his face pale and his eyes sad. Perhaps when the day came his father would actually mourn his death. Or maybe he was just disappointed that his son had let him down once again.

“Now, now, Father. Don’t look so blue. I came to get some advice, talk strategies.”

“What you’ve done is just sealed your own death, my son.”

Thorne smirked. “I don’t think so.”

“As you know, I must now take you to the Hall of Justice. There is no running from this. I can’t let you leave, Thorne.”

“Very well. That will save me time. Let’s get on with it.”

His father, Theseus, looked at him like he’d lost his damn mind. Maybe he had.

Lowering his voice, his father asked, “What has made you want to end your life?” as they continued to walk down the endless hallway. “I was hoping Earth would change you. Give you a purpose.”

“Oh, it has. And I don’t plan on dying anytime in the near future.”

“It’s unavoidable.” His father looked him up and down with distaste. “I really dislike your attire on Earth.”

Thorne glanced down; he was wearing black pants, a slipknot T-shirt, and his leather jacket. It was almost comical that his father thought he was walking him to his death and the only thing he could think to say was to ridicule his clothing choices.

His lips quirked up. “As I said last time, if you really wanted to keep me in dresses you should have left me here with you.”

Suddenly the hallway seemed to grow smaller and two large, oak doors zoomed before them as they were pulled forward. The last time he’d entered this room he was banished from The Realm.

The enormous doors flew open with a whoosh.

Back straight and head held high, Thorne kept his face still as he glanced around at the gods and goddesses that had sentenced him to a life of hell on Earth. Subconsciously, Thorne had to push down the little niggle of fear at the edge of his awareness.

They no longer had control. He did.

“It seems my son has returned,” Theseus said into the grand room with a sigh as he made his way up the spiral, marble staircase to take his place amongst the others.

Jaw clenched, Thorne’s gaze wandered from one god to the next. “Before you go waving your magick gauntlets around I suggest you listen up.”

A gasp went through the room. Thorne had to suppress a smile. Oh yeah, it was good to be home.

“First, I’d like to tell you my demands. And after that we’ll talk.”

A chuckle and a snort echoed through the huge hall. They thought he was joking. Cute.

Thorne took a few steps forward until he was directly below Zeus. “First off, once I complete the task that has been bestowed on me, my banishment will be lifted for eternity.”

“Has he gone mad?” Zeus asked, staring at Theseus.

“I believe so.” His father was now seated at his throne. Leaning back, he clasped his hands before him.

Ignoring them Thorne continued. “Second. My wife will be granted immortality. And lastly my ability to have children will be restored. These are not negotiable.” That’s if he didn’t kill Kataya himself first. But he liked to have options. And it really was a shame not to spread his DNA around.

“His wife?” someone asked in surprise. Thorne didn’t bother to turn to see who had spoken.

Finally he heard the voice he was waiting for: Athena’s. “Let him speak.”

Thorne turned and shot her a wink. She rolled her eyes and gestured her hand, indicating for him to get on with it. Nike sat regally beside Athena, and her face gave nothing away. Was it really just days ago that her legs were wrapped around his neck? Time flies.