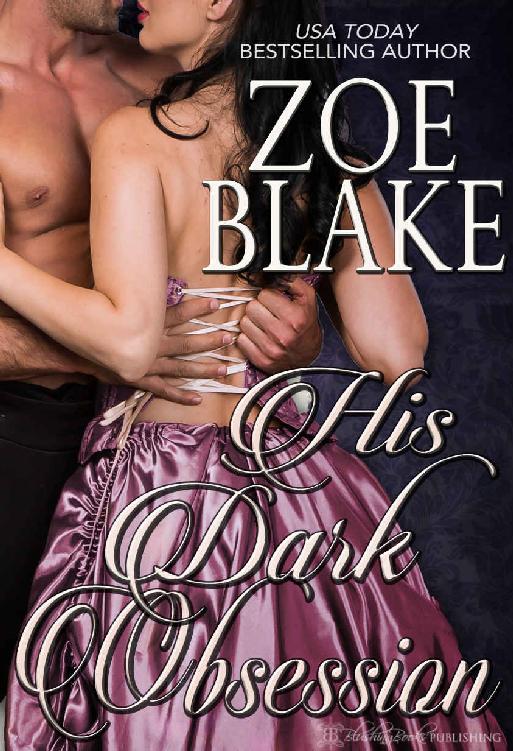 Photography was quite advanced in the Victorian era. Unlike the visions of large clunky cameras with long exposure times we have from the movies, the cameras were streamlined and the exposure time mere seconds. It was also towards the end of the Victorian era that small handheld cameras with paper rolls of film called Brownies were created by George Eastman, founder of Kodak. I was inspired by this knowledge to think on all the naughty images those scandalous Victorians would have recorded with their new “toy”, the camera. Enjoy!

Diving for the wooden slab of black puddings before they hit the dirty ground, the blue-aproned butcher raised a clenched fist shouting a cockney slur at the retreating back of the running girl.

Sarah turned her head to call out a hurried apology…promptly colliding with a lavender girl.

“Oy! Watch where you’re goin!” groused the girl. Her basket filled with lavender bunches tipping precariously as they became a tangle of skirts and limbs.

“I’m so very sorry,” breathed Sarah as she hastily bent to pick up the wilted small bits of lavender which toppled out. Handing them to the girl along with a few shillings, she once again set off at a very unladylike pace down Shaftesbury Avenue. Her soft leather kid boots slid along the wet flagstone as she bustled past the various storefronts, churchyards and homes. The sickly fog still stubbornly clinging to earth despite the warmth of the afternoon sun.

Three months since she sailed from America and Sarah still was not used to the crowded London streets. Barely missing a nursemaid wheeling a perambulator in her rush, she disregarded the disapproving looks she received. Shimmying through the motley mix of aristocracy, merchants, street urchins and burgeoning middle class strolling through Piccadilly Circus, Sarah determinedly made her way.

Gripping her bonnet by the ribbons in one hand, her skirts in the other, her ink black hair a tangled mess down her back, Sarah presented quite the scandalous picture. Her stocking-clad ankles flashing as she ran pell-mell towards her destination.

Dang it all!
She was going to be late, thought Sarah.

Dash it all!
She was going to be late.

There! That was more British sounding, thought Sarah with an inward smile. Never mind the fact running with your skirts above your knees through the fashionable West End was a very un-British thing to do.

She never should have stopped to watch the hurdy-gurdy player. It wasn’t her fault really. They didn’t have such a thing in America. It made such a lovely, jaunty sound. Sarah also couldn’t resist the adorable dancing monkey who was part of the act. He was dressed in a little red uniform with gold tassels and the cutest little hat. After each song, the monkey would take the hat off and dance around the crowd pleading for a coin. It was hard not to lose track of time watching such an entertaining spectacle.

Finally, she arrived across the street from 126 Shaftesbury Avenue. Taking a moment to place her bonnet on her head, Sarah tried in vain to tuck her errant locks up within its confines. Giving her matching gray tweed jacket one last tug in place over her skirt waist, Sarah prepared to cross the street. A fast moving water cart stopped her, but not before spraying the bottom half of her skirts. Soaking them.

“Dang it all!” she cursed out loud, angrily brushing at the wet tweed, dropping her bonnet in the process. “I mean…darn it…ah…dash it…ah bloody hell,” she ended pathetically. Her small rant was interrupted by a deep chuckle. Sarah looked up into the startlingly bright blue eyes of a gentleman.

Blushing with embarrassment, Sarah stammered, “I do beg your pardon.”

While it may be true, they said things differently over here in England compared to in America. It was not so different Sarah didn’t know it was unacceptable for a young miss to be caught cursing in the street like a fishwife by a gentleman.

The gentleman took a step closer.

It was the middle of the morning on a busy street in the West End. They were surrounded by people. This was London for heaven’s sake, not some Virginia backwater. And yet, a shiver of awareness crept over her.

Placing a finger under her chin, he tilted Sarah’s head back. Those captivating eyes closely examined her. The pad of his thumb swept across her lower lip. “Such ugly words coming from such a pretty mouth,” he mused.

Sarah could only stare in response. The gentleman was impressively tall. One would almost say, intimidatingly so. Elegantly attired in a tailored black frock coat over a pair of serge dove gray trousers with a plum silk waistcoat, he was obviously of the aristocratic class.

Resisting the urge to pull her bottom lip between her teeth, Sarah jerked her head back, trying to break his grip. His eyes flashed a warning. She instantly stilled. Some primal instinct warning her his elegant attire and demeanor were a mere facade of civility.

Without releasing her from his intense regard, the gentleman used his walking stick to retrieve her bonnet from the dusty walkway. His left hand dropped away from her chin. Sarah seized upon the opportunity to lower her face, breaking his unsettling gaze.

“Allow me.” His low, commanding tone belying the polite request. Setting aside his walking stick, he took another step closer. The polished tips of his boots disappearing under the hem of her dress. Sarah could feel her cheeks warm in response. For an unknown stranger to stand this close to a woman in the middle of the street was beyond the pale, would be so even for a married couple, she was sure. Yet Sarah knew if she tried to take a step back, he would only follow. Desperately trying to calm her pounding heart, she tried to focus on her bonnet instead of the imposing man before her.

It was a mistake. The frivolously feminine gray silk convection covered in pink ribbon and small blush roses only served to heighten the masculine hand that held it. She stared at the large powerful hand. Despite his obvious gentry status, it looked tan and strong. The knuckles slightly scuffed and scarred, from fisticuffs no doubt. Sarah felt a frisson of fear and something more elusive.

His other hand reached up to slide along the side of her neck. A shocked gasp escaped her lips. His hand felt warm and slightly rough against her smooth skin chilled from the mid-morning fog.

“Sir, I…” she stammered, keenly aware of his profound affect on her nerves.

His broad hand swept under her heavy locks. Gathering the mass in one strong grip, he gave her hair a twist, sharply tugging downward.

Crying out, Sarah lost her balance as she was thrust forward. Crashing into the resisting strength of his chest, she quickly raised her ungloved hands. Sliding them along the soft, wool of his frock coat, Sarah tried to push away.

She could feel the vibrations of the softly growled command through her fingertips scandalously spanning his chest. Risking a quick look upwards through her lashes, she could see the hard set of his jaw and the uncompromising glint in his azure eyes.

He gave another sharp tug on her silky locks. The biting sting bringing tears to her eyes. He felt himself harden at the mixture of pain and desire that flashed through her beautiful tear-glistened eyes. With another deft twist, he managed to tame her wild strands into a loose chignon. Raising his left arm, he placed the bonnet on her head.

Sarah closed her eyes, feeling lightheaded. Towering over her, her head barely reaching his shoulder. The gentleman’s long arms caging her in as he performed the intimate task. The warmth of his body soothing her cold hands. The rich smell of bay rum and tobacco surrounding her as much as his embrace. It was too much. It was not enough.

His knuckles brushed the delicate skin of Sarah’s neck as he pulled the ribbons down around her chin. As he expertly tied a bow which hugged the left side of her jaw, she could not help but wonder at his proficiency at the feminine task. How many women had been subject to his intimate ministrations?

Allowing his hand to rest at the base of her neck, just along her collarbone, his thumb lightly brushed her soft skin, feeling the feathery pulse from her trembling breath.

“What is your name, my little American beauty?”

Sarah was awkwardly brought back to the present.

Furiously looking about her, wondering at the lack of interest in their outrageous display by the passer-bys, Sarah backed away. Feeling his hand clench slightly against her shoulder, there was a moment of panic.
He wasn’t going to release her.

“Please,” she fervently whispered, her cheeks glowing with embarrassment. “You must let me go.”

“Your name,” he insisted, refusing to release his grip.

She couldn’t possibly tell him. He was already too observant. She had barely spoken in his presence and he knew she was American. What else had he discerned while scrutinizing her with those sharp blue eyes? All the more aware of the growing warmth in her middle and the chafing scrape of her aroused nipples rubbing the harsh confines of her worsted corset. Her agitation grew. Shaking her head no, she scrambled backward, almost out of his reach.

That strong hand which had enthralled her moments earlier, now wrapped securely around her slim wrist.

“Do not thwart me in this, little one.” The dark determination in his voice unmistakable. “Tell. Me. Your. Name.”

They both turned sharply at the sound of a loud crash in the street. A milk cart had collided with an oyster monger, sending heavy metal jugs of milk spilling onto the cobblestones. In the ensuing chaos, Sarah broke free. Her petite frame easily dodged between the two carts and around the shouting street vendors to the relative safety of the other side of the street. She spared a furtive glance over her shoulder. The gentleman remained rooted to the spot. The tense set of his shoulders and the hard look upon his face illustrating his annoyance at her flight.

Sarah ran the remaining few steps to a battered, green wooden door. Pushing it open, she slid inside, quickly closing the door and pressing her back against it. Allowing the cool, dark interior to calm her nerves, she took several deep breaths. Uncertain whether she felt elated or despondent at her narrow escape, Sarah gave herself a stern upbraiding. She would wait till the privacy of her own bed tonight to dwell on her conflicted emotions.

Lord Pierce Warrington watched his quarry scamper across the street. The only thing saving the minx from his determined pursuit was the door she hurried through. A slow, knowing smile spread across his handsome features. Retrieving his walking stick, he warned out loud, “Till later, my little minx.”

Wilde Thing by Janelle Denison
Lion of Caledonia: International Billionaires VII: The Scots by Caro LaFever
Manly Wade Wellman - John the Balladeer SSC by John the Balladeer (v1.1)
The Hawk and the Dove by Virginia Henley
Cold feet by Brenda Novak
Vampire "Untitled" (Vampire "Untitled" Trilogy Book 1) by Lee McGeorge
Another Chance by Winstone, Rebecca.L.
AS THE SPARKS FLY UPWARD by Gloria Dank
The Man in 3B by Weber, Carl
Lyfe Changing by Desirae Williams