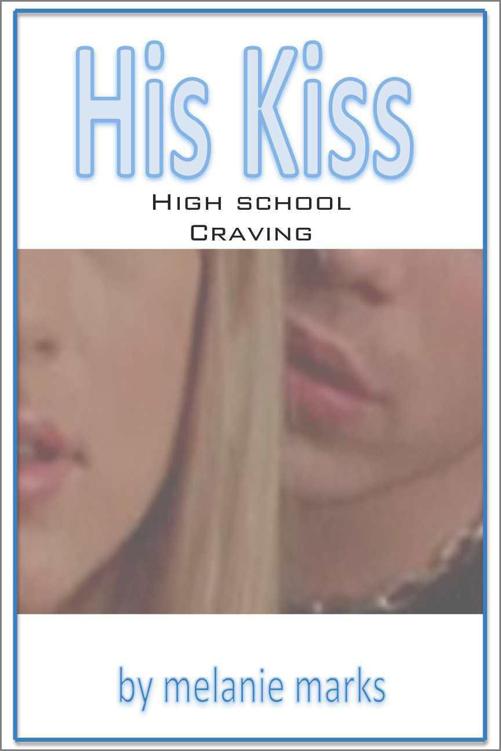 Griffin shut his locker,
then
did a double-take when he saw I was standing there, waiting for him. He tilted his head with his usual smirk. Only, it wasn’t exactly his usual smirk. He looked perplexed, but sort of happy too. It was like he was trying to figure it out, mentally scratching his head:
Why would shy little Ally Grange be standing at my locker?

He cocked his head further, quirking an eyebrow. “You looking for me?”

I sucked in my breath and gave a slight nod.

His lips twitched, obviously entrained by my discomfort. “What’s up?”

I bit my lip.
Good question
.

Tugging at the hem of my sweater, I took a deep breath, trying to summon up a little courage. I needed it.
‘Cause Griffin wasn’t exactly considered a nice guy.
In fact, he was considered a terror on the hockey rink and not much different off it. And I wasn’t exactly Miss Confident when it came to mean people. I shied away from confrontation—
any
confrontation—and tormentors—at all cost, but here I was, seeking out
Griff the Grief-Master
.

He smirked again, his eyes twinkling with a strange combination of curiosity mixed with amusement. “Just spit it out.”

When I choked again Griffin finished for me still looking curious. “Your boyfriend.”

Griffin grinned, light dawning. He had definitely figured it out. “Oh, you’re here to beg me not to bash his face in.” He tossed his history book from one hand to the other, looking amused. “The twerp sent you?”

“No!” I rushed out my next words to stop him from getting the wrong idea. “Aiden doesn’t know I’m talking to you.”

He grinned. “Then why
are
you talking to me?”

“Because—like you said, I don’t want you to bash his face in.” I stared into Griffin’s twinkling eyes. “Please don’t.”

I don’t know where that came from—me being brave enough to stare into The Griff’s eyes. Maybe it was because he kept smiling at me, acting like I was fun to talk to, or look at, or something.

Griffin leaned against his locker and wet his pink, kewpie-doll lips. He gazed at me intently a moment, then up at the ceiling. Finally he groaned, letting out a breath, and looked back into my eyes.

“Look,” he said, for once sounding serious, “I have to. The punk talked trash about me in front of the whole team. It’s not like I can ignore it.”

“Yes you can!” I said, following at his heels as he started to walk away.

I said it again, all squeaky and desperate this time since he was ignoring me. “Yes you can!”

Griffin kept walking, so I kept following, like a puppy dog begging for attention, yipping at his ankles.

I grabbed on to his arm out of desperation. That was all, just to get his attention since he had apparently ditched listening to me. But when I grabbed onto his arm he abruptly stopped walking.
I mean, he froze.

Yikes! My chest went tight. What had I done?

Griffin turned back to me and stared at my hand on his arm. I snatched it away lightening fast, terrified he was going to hit me for touching him or being annoying or something. But when he didn’t push me down or pound me to the ground or do anything but stare at me with his gorgeous long-lashed eyes, I swallowed finally going on with my plea while I had his attention—only now I was shaking and unnerved on even more levels.
I mean, The Griff was … hot.
He was. I wasn’t really paying attention to that before, since I was pleading for my boyfriend’s life, but now that Griffin was looking at me like that—well, I noticed. And it distracted me, even now while I was petrified.

Still, even though my mind reeled from that, I managed to squeak out, “I have some money—not much, but …”

Griffin smirked,
then
shook his head. “I don’t want your money.”

For some reason, that made my stomach feel funny. I guess because of the way he said it. And the way he looked at me when he said it. It pushed my pulse into over-drive and got my heart pounding.

A sardonic grin played on Griffin’s lips as he eyed me. Then he lifted his chin and challenged. “Kiss me.”

Griffin’s eyes twinkled. “You heard me.”

I stared at him. He had to be kidding. Had to be. Only he didn’t look like he was kidding or sound like he was kidding. He looked and sounded amused, teasing, but still, serious. Like it was all funny to him—getting Aiden Hank’s girlfriend all worked up and sweating—but he’d let Aiden off the hook if I did what he said. Those were his terms. He had offered me a deal. Only … it was weird.

“You,” I swallowed, feeling slightly dizzy, like maybe this moment wasn’t really real. Like maybe I had fainted from fright when I first started talking to The Griff and now I was hallucinating or daydreaming or something. “You—you want me to kiss you?”

He set his jaw, but he was still smiling. “Yeah. Kiss me and I won’t kill your boyfriend.”

A strange feeling washed over me—a tingling combination of excitement and horror. I backed away, and leaned against the lockers behind me for support. I was all wobbly and sweaty and shaking as I tried to get my brain to actually work—to think. “Um…”

Really? That was all I had to do? Kiss him and Aiden was off the hook? It didn’t seem possible. Or right. There had to be more to it than that. After all, I wasn’t exactly Miss Sexy, far from it. Boys didn’t even usually notice me. Not that I was ugly, I guess. Aiden said I was “beautiful.” But then, Aiden was my boyfriend. And sweet. The Griff wasn’t either of those.

Griffin shot me this adorable lopsided grin. It got my heart all confused and fluttery. “Yes you do.”

My pulse convulsed into a wild frenzy, my mind too. I bit my lip, trying to figure out the catch. There had to be one. Had to. Though Griffin was known as a troublemaker at our school, he was cute, adorable even. There was a certain “type” of girls that were always hanging on him—a type that was not at all like me. They were loud and forward and experienced with boys. I wasn’t like that.
At all.
And I wasn’t the type of girl that boys pined after. I was “nice” and “caring” and sure, maybe on a good hair-day, “pretty.” But that was about it. No way were boys lining up to kiss me. I doubted they even thought about me. So no, I didn’t get it. What was going on?

It had to be something slimy.

“That’s all I have to do?” I said skeptically. “Kiss you—nothing more?”

Griffin raised his eyebrows, his lips curling into a grin. “You can do more if you want.”

Jerk! Humiliated, I started to slink away.

But Griffin grabbed my arm, gently pulling me back to him. “Geez, I was just messing with you, Grange.”

Grange? He knew my last name?

His eyes danced as he leaned in close, close enough his warm breath tickled my neck as he asked, “So, we have a deal?”

I backed away from him, trying to think. It would get Aiden out of trouble and it was just one little kiss. But … it was with a delinquent.

Then again, my best friend, Jazz, was always saying I needed to loosen up and walk on the wild side. Of course, Griffin Piper was way
more wild
than what Jazz had meant. Jazz had meant wear bright purple rather than pastels. She didn’t mean date the school’s bad boy.

But nothing! Aiden would get his sweet little face smashed to bits by The Griff if I didn’t do this. I couldn’t let that happen.

I took a deep breath, terrified. What would The Grief Master’s kiss be like? I was a little bit curious, but mostly scared. I’d only kissed two boys in my entire life. I wasn’t experienced by a long shot and I was still slightly nervous that I couldn’t trust The Griff—that it wasn’t really just a kiss he wanted, though it did seem he had only made the deal to make me squirm. I mean, he just seemed entertained—like it would be fun either way: to bash Aiden’s face in or make his girlfriend freak out.

I nodded that we had a deal,
then
I gulped—big.

That in no way calmed my nerves. It only made my face burn and my cheeks turn a million shades of red, but somehow I was pretty sure that’s what he wanted.

His eyes twinkled as he watched me prepare for the kiss, eyeing me wipe my sweaty hands on my jeans and pump my fists a couple times, trying to psyche myself up. Finally, I puckered my lips and leaned in for the kiss.

Griffin watched me with quirked eyebrows, looking amused. Finally, he gave a soft laugh. “Not here.”

His eyes danced as I blinked up at him in confusion. What was he talking about? Not here? Where? Panic rushed through me. What exactly had I agreed to?

Griffin gave another soft laugh. “In room 204. At three.” He leaned in close again, playing with a tendril of my hair. “You’ll survive. I promise.”

When I got to room 204, Griffin was already there. He was sitting on a desk, bouncing a rubber ball.

“About time,” he muttered, hopping off the desk.

What? I glanced at the clock on the wall directly over his head. It was only 3:02.
Two
minutes late.

Griffin eyed me as I gawked at the clock.

My face turned red.
Oh, now I got it
. I could tell by his smirk he was only kidding.

His words and the way he said them, all husky and quiet, made me start to sweat, but also feel butterflies bat around in my stomach. I stood in the open doorway, unable to move.

Regrets Only by Nancy Geary
Vanish by Tom Pawlik
Matters of Honor by Louis Begley
Love Drives In by Barbara Cartland
Pirate Princess by Catherine Banks
Outta the Bag by MaryJanice Davidson
Battered Hearts 3: Crossing the line by Kele Moon
The Further Observations of Lady Whistledown (Lady W 1) by Julia Quinn
The Loafers of Refuge by Green, Joseph
Clark's Big Book of Bargains by Clark Howard