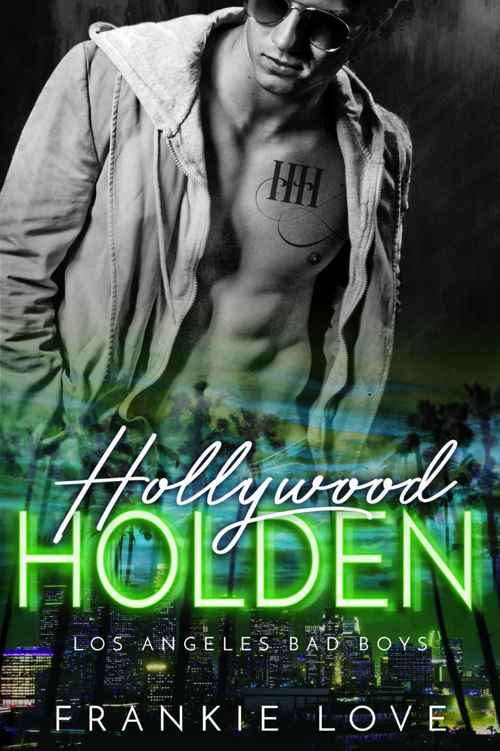 CLAIMED BY THE MOUNTAIN MAN

AND NEVER MISS A RELEASE!

Edited by
Larks and Katydids

I
knew
I'd be a star. It wasn't even a matter of time; it was a matter of graduating high school and getting out of Tolling, the dead-end farming town ninety minutes east of LA where I'd spent my entire childhood.

Four years ago I did just that—and my rise to fame was fast. I'm one of those guys who has always had life handed to them on a silver platter. I showed up at auditions and got the part. Within six months I had a top-notch agent and a lead in a television pilot which was quickly trumped by a role in a blockbuster movie that became a franchise.

Now the entire city is eating out of the palm of my hand ... and I'm eating plenty, too. Pussy, that is.

Because damn, one good thing about being a celebrity is the constant stream of women begging you to fuck them.

I'd say it isn't easy being this rich, this famous, but I'd be lying. It's the easiest fucking thing in the world. I show up, smile, and flex—and it's like women all over the world need to change their panties.

But I just tell them panties are not required when it comes to me. In fact, I made a no-panty rule at my mansion. They're just an unnecessary barrier between their wet cunts and my rock-hard cock.

I like to fuck. And I tell the haters they can fuck
off
. I get a lot of heat for being the way I am.

Have I been called a man-whore? Sure. Womanizer? Certainly. Player? Of course.

But those names mean nothing, and they're nothing new.

It's a symbiotic relationship, and I don't need anyone hating on me for having good taste.

But my agent, Trenton, thinks my reputation is a problem—most recently because of the front page article in LA Weekly about a fight that broke out at TropiCALI, our favorite bar in the city. Jude and Cassius were there as backup, but the pictures don't exactly shine the best light on me.

My fist is raised, and some asshole is fronting, pissed that he caught me with his woman.

I don't even know either of their names.

"Just consider cooling it," Trenton says, dropping the magazine on my patio table. He showed up here this morning to give me a pep-talk—or a scolding. I can't really tell. "And this ribbon-cutting ceremony tonight is the perfect opportunity for you to play nice. Show up, let the reporters get a few nice shots of you back in your hometown, without a supermodel on you arm."

"The ride home is over an hour. What am I supposed to do that whole time if I don't have a woman with me?"

Trenton raises an eyebrow. "Read a book. Take a nap. Call your mom."

I set down my cappuccino, looking out at the Pacific Ocean. God, I've got it good here in LA. I can't believe I spent so much of my life in a townhouse in Tolling when this was waiting for me. "Actually, I'll be seeing my mom tonight. I'm staying with her."

"Good. Then you don't need some girl sharing your childhood bed."

"I'm paying you to land me jobs, not give me dating advice."

"Dating? That's what you're calling what you do?" Trenton laughs. "A car will get you at three. The ceremony is at six. Wear a suit, say something nice. I emailed you a few speech options. Just make sure you mention that this was your idea, as a way to give back."

"Right. Give back." I give him an easy smile, not wanting him to guess any of the reasons I wish I were going anywhere else today but my old high school.

Tolling High was the place I made all my best memories—memories way better than I've made here, even with my topless pool parties with champagne fountains. Better than my no-strings attached weekends in Barbados with my girl of the week. Better than winning a People's Choice award for each of the last three movies I stared in as action hero Johnny Jumper, firefighter extraordinaire.

But Tolling High is also the place I lost my best friend Bex.

I haven't seen her since the parking lot at graduation—and that's probably a good thing. She let me down, and I let her go.

Some things are better left alone, and Bex was everything.

She's the reason I have the confidence I do today. She pressed me to be the best version of myself, though God knows I never listened. Even the movies I'm doing now, she'd fucking hate. She'd say I’m a better actor than a character like Johnny Jumper will ever allow me to be. She'd tell me to look for scripts that have heart, soul, meaning ... because she thought I was more than a pretty face.

But she also ruined me for relationships.

She burned me. Hard.

But hell if I'm going to say all that to Trenton.

"And I need you to make some decisions," he tells me. "We have two scripts on the table."

"Okay, I'll read them, let you know what I think."

"Hey, here's an idea: you could read them in the limo on the way to Tolling."

"Okay, boss," I tell him, waving him off as my hook-up from last night comes out to the patio in nothing but a towel.

He looks her up and down before shaking his head and leaving.

"What's his problem?" I ask her, not remembering her name.

Just then Jude and Cash walk out to where I'm trying to enjoy my coffee.

"What the fuck, man? We were supposed to meet for breakfast," Jude says, smacking me on the back of my head.

I look over at what's-her-name. "Hey, you can see yourself out, okay, doll?"

She knows the drill. She smiles, not at all fazed by my lack of interest in keeping her around. "Call me?" she asks.

She blows me a kiss and heads inside.

"Are you for reals with that?" Cash asks, sitting down and grabbing a croissant from the tray. My on-call cook hooks me up.

"What’s her name?" Without waiting for an answer—he knows I won’t have one—Jude laughs and pours himself coffee, then piles a plate with bacon and eggs.

"You're the one who stood us up," Jude shoots back.

But I'm not having it. Instead, I grin. "You would have, too, if you had that sweet piece of ass in your face this morning."

Cash snorts. "I can attest that Evangeline is much sweeter to wake up to than that girl you don't even know."

Jude shrugs. "Well, I'd rather have had that than Rachel bitching at me all night."

"What now?" I ask, knowing Jude's girlfriend is 1) pregnant, and 2) a complete train wreck. And not in a manic-pixie-dream-girl way, but in a straight-up, crazy-town way.

"She flipped out, threatened to go stay with her mom for a few months. Of course, her mom’s less stable than she is."

Cash and I exchange a look. We feel for our friend, but it's like, how can you even help him? The best we can do is stick by him while Rachel figures her shit out.

"You okay with her leaving?" I ask.

Cash nods. "I'll ask Evangeline to give her a call. Maybe they could get lunch or something? That might help?"

"Yeah, that'd be cool. She needs stability, and God knows Evie won't let her get into trouble under her watch."

It's good of Cash to think of that. Evie and Jude are cousins, and now that Cash is basically family, he does a good job of looking out for his people.

"So what are you fuckers up to today?" I ask them.

"I've got some studio time lined up with Jack again. Our album is going to be pretty tight."

I shake my head in disbelief. Cash came out of nowhere and started killing it as fast as I did in this town. Now he’s making an album with Jack fucking Harris.

"And you?" I ask Jude. "Besides worrying about your girl?"

"I've gotta try and get some investors for my movie."

"I told you, bro, I got your back." I've offered him money so many times. It's the least I can do for the guy who’s always there for everyone else.

He refuses again. "Nah. I appreciate it, but some things you gotta do on your own."

"Damn straight." I nod. "Like returning to your hometown for a fucking ribbon cutting ceremony all in the name of some good PR."

"Ribbon cutting of what?" Cash asks.

"A new theater, at my old high school."

"You gonna see an old crew?"

I shake my head, thinking only of Bex, and how she left for Northern California University at the same time I left for Hollywood. She's probably still there, finishing up her four-year degree right about now.

Probably? Of course she is, because Bex never quits anything.

"No. I didn't have many friends in school, to be honest."

"Really?" Jude raises his eyebrows. "I can't picture you anywhere not playing the field."

"Oh, I played the field all right. But that wasn't the question. Friends are different than hook-ups."

"So you were a player back then, too?" Cash asks.

I nod. Getting girls was never the problem.

The problem was always getting Bex.

Wire Mesh Mothers by Elizabeth Massie
Courtship and Curses by Marissa Doyle
My Notorious Gentleman by Foley, Gaelen
2009 - We Are All Made of Glue by Marina Lewycka, Prefers to remain anonymous
The Cop and the Chorus Girl by Nancy Martin
Heart of Stone by Warren, Christine
in2 by Unknown
First Kill All the Lawyers by Sarah Shankman
Edge of Dreams by Diana Pharaoh Francis
Lancelot by Gwen Rowley