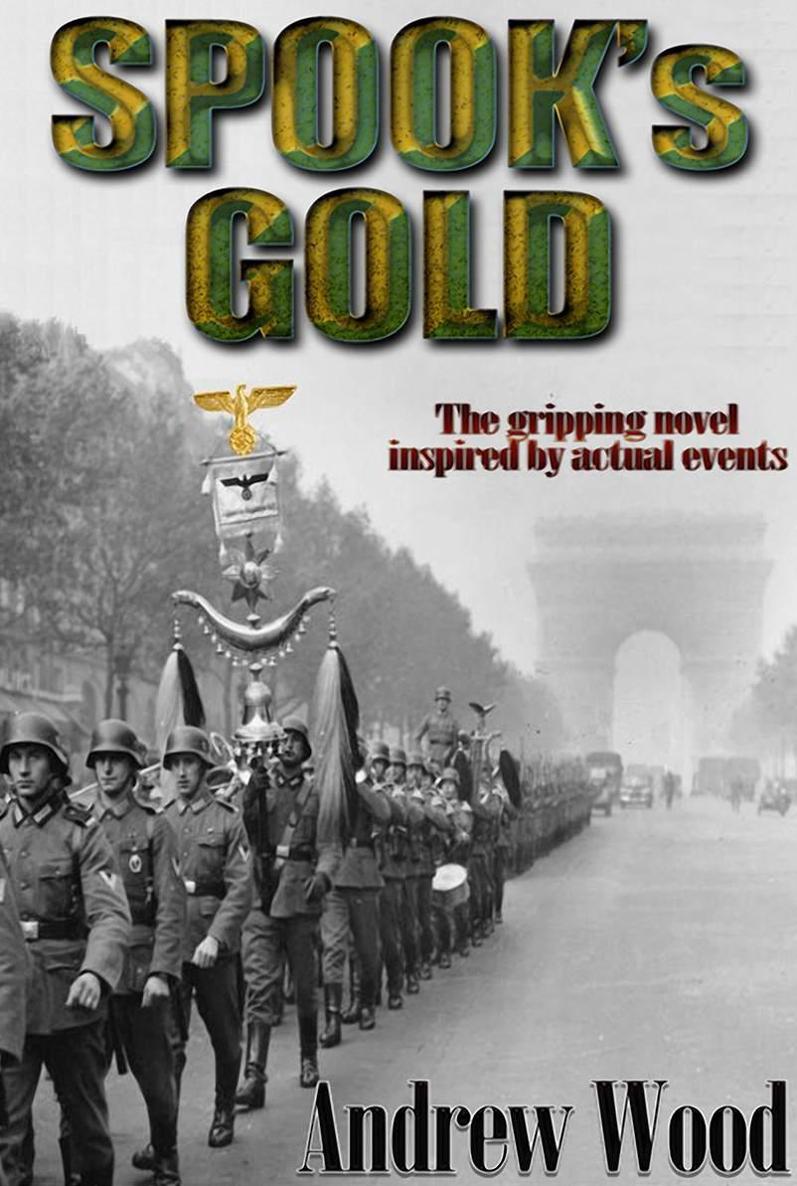 This e-book is licensed for your personal enjoyment only. This e-book may not be re-sold or given away to other people. If you would like to share this book with another person, please purchase an additional copy for each recipient. If you’re reading this book and did not purchase it, or it was not purchased for your use only, then please return to Kindle Books and purchase your own copy. Thank you for respecting the hard work of this author.

Although this is a work of fiction, the narrative is woven through a number of true but little known events, including the following:

Submarines were used by the German and Japanese Axis allies during WW2 to exchange military hardware and other goods. These included (from Germany to Japan) V2 rocket hardware and fissile materials intended for the manufacture of nuclear weapons.

The rendezvous between the German submarine U-180 and the Japanese I-29 in the Indian Ocean in 1943 (as described in the prologue) is detailed in the memoirs of Hermann Vienna, who served aboard the u-boat on that mission.  The U-180 was transporting the Indian dissident Subhas Chandra Bose and his aide Habid Hasan, who were returning from Berlin to Burma to organise an insurrection against the British colonial power in India.  Herr Vienna carefully recorded the contents of the cargoes, including the two tonnes of gold and their containers and seals, as well as the search for missing gold by the Gestapo when the submarine docked at Bordeaux.  These latter details became essential facets of
Spook’s Gold
.

The Carlingue organisation was dubbed the ‘French Gestapo’.  Comprised of French criminals recruited by the German SS and given full SS military rank, uniforms and even German nationality, the Carlingue organised and participated in some of the most heinous atrocities against French citizens.  The majority of the leaders such as Bonny, Lafont and Villaplane (Henri Villaplane was a professional footballer, captain of the French football team that participated in the 1930 World Cup tournament) were arrested after the liberation of France, convicted of treason and were executed at the Fort de Montrouge in December 1944.

Pierre Loutrel escaped this round-up, having deserted the Carlingue in June 1944 and then gone underground following his murder of a German officer in Toulouse (an attempt to ingratiate himself with the French Resistance, as depicted in
Spook’s Gold
).

The Special Air Service and the Special Operations Executive performed extensive operations in Brittany from the beginning of June 1944.  Parachuted in small multinational teams of primarily British, American and French origin, the SOE objectives included the mobilisation, organisation and equipping of local resistance groups.  The more numerous SAS were primarily interested in sabotage and direct action.  The common and often cooperative activities of SOE and SAS had the shared goal of harassing and impeding the German forces in Brittany from moving to reinforce those fighting the Allies in Normandy.

For information on the SAS missions, my resources include the memoirs of Robert R.  Kehoe DSC,
1944: An Allied Team with the French Resistance
(USA Central Intelligence Agency (CIA) library).  Although Sergeant Kehoe was the radio operator of SOE Jedburgh team ‘Frederick’, his operational activities on the ground in Brittany included time spent at the main camp established by SAS unit ‘Samwest’ in the Foret du Duault (Côtes-du-Nord, Brittany) in June 1944.

For information regarding the creation, organisation and activities of the SOE ‘Jedburgh’ teams, my main resource was
Jedburgh Operations in South-Western Brittany from July – September 1944
by Jimmie E. Sullivan, Major, USAF.  This paper also has a most comprehensive bibliography and reference section.

The creation of women police inspectors (Corps de Surveillantes Auxiliaries) in 1943 went against the Vichy government’s anti-feminist policies, but was necessitated by the lack of men to fill the roles within the domestic police force.  In spite of this forward step for women, those that were appointed to inspector level frequently found themselves left with the more mundane and administrative tasks, essentially just an extension of the ‘assistantes de police’ grade and duties that women had previously been restricted to.

The central role played by women in the growth of the Resistance movement is documented by Rebecca G. Halbreich in her work
Women In The French Resistance
.  This resource also includes references to underground newspapers such as
Femmes Françaises
; the quotation exhorting women to perform acts of sabotage in their workplace that is used in this novel is taken from the January 1944 edition of
Femmes Françaises
(copy: Underground Collection, Hoover Institution, Stanford University).

Bordeaux submarine base is less well known than those of St. Nazaire, Brest and Lorient.  Under the orders of Admiral Donitz, Bordeaux became a large and heavily fortified naval base, serving as home to the 4
th
and 12
th
flotillas (including U-180 and U-195) as well as the remnants of the Italian submarine and surface fleets.  The extensive submarine pen structure and bunkers remain intact and are in use today as a museum and exhibition centre.

For information on submarine base design and fortification,
U-Boat Bases and Bunkers, 1941-45
by Gordon Williamson & Ian Palmer is a superb work of reference, with an impressive collection of photos, including the Bordeaux submarine pen during and after construction.  Also
Hitler’s U-Boat Fortresses
by Randolph Bradham, which includes information on Allied actions against the bases, including SOE operations in mid and late 1944.

For information on the Junkers 52 aeroplane, in particular the minesweeping variant mentioned in the novel, see
http://www.ju52-3m.ch.

For technical details of the unique models of Enigma coding devices and pre-encryption techniques used exclusively by the Kriegsmarine, my main resource was
Cipher Machines & Technology
by Dirk Rijmenant.

Deliberate Allied targeting of civilian infrastructure to impede and isolate the German military was widely practised.

One of the worst examples is the bombing of the city of Lorient, having as its objective the isolation of the submarine base there (the reinforced structure being entirely impervious to direct bombardment).  Over 4,000 tons of bombs were used, resulting in the destruction of 3,500 civilian dwellings (70% of the city) and hundreds of civilians perishing in the inferno (60,000 incendiary bombs).

The Allied bombing of the railway station at Evreux on the night of 11 - 12 June, 1944 depicted in this novel is factual; nearly two hundred French civilians were killed in the raid.  Information and photos of this event, as well as the destruction of Evreux town centre in June 1940 by the Wehrmacht and its liberation in August 1944 can be found in the book
23 Aout 1944, Evreux Libéré
.

Although outside of the timeframe of
Spook’s Gold
, it is interesting to follow the fate of U-180, since it forms the basis of the sequel to this novel.

U-195 and U-216 successfully reached Jakarta in December, delivering their cargoes to the Japanese, which included V1 and V2 rocket parts.

Of the U-180, carrying V2 parts and Uranium 235, nothing more was ever seen or heard from her after she departed from Bordeaux.  Various theories have been proffered, including that she struck a mine in the Gironde estuary or in the Bay of Biscay, or that she sank due to Schnorchel problems.  No wreckage has ever been found to support or substantiate any of these theories.

The Japanese I-29 departed from Lorient in July 1944 and was sunk in the Luzon Straight after a frantic combined effort by the Allies, who had learned that she was carrying a cargo of Uranium 235.

Photographs of places, people and events depicted in this work may be found at:

A note from the author and acknowledgements

A dark shape wheeled in the periphery of his vision and he snapped to attention, force of habit causing him to automatically raise the binoculars.

“Relax Willi!” soothed the short stocky man beside him, Otto Kurtz.  “It is just a bird.  This has to be the safest piece of ocean that we’ve ever been on.”  The respect of Otto for his senior officer kept any hint of mocking from his voice.