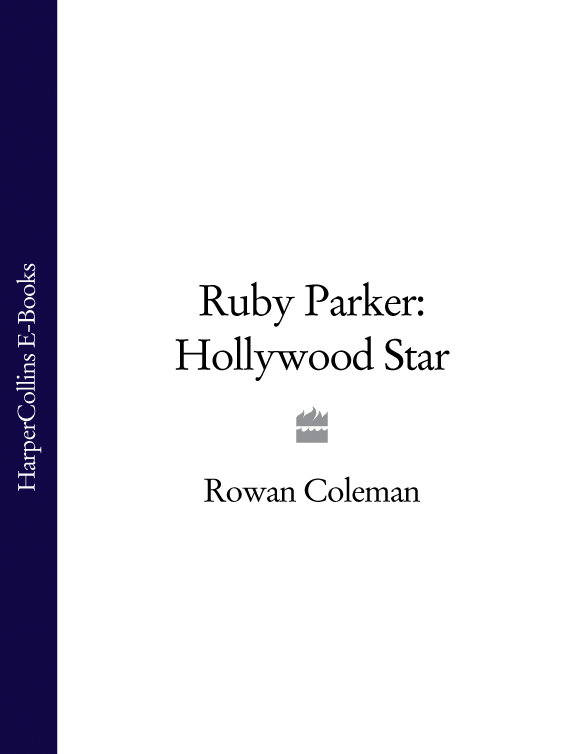 Well, I’m here in Beuerly Hills! We got here yesterday night and I still hauen’t properly got ouer the long flight, the first time I’ve euer flown this far. It makes me feel all fuzzy and backwards. I couldn’t sleep on the plane even though we flew first class and there were beds and everything, I was so excited! Vou wouldn’t believe Jeremy’s house [well, Anne-Marie and Sean might]! It’s gigantic! I don’t even know how big because all I’ve done since I got here is sleep and have breakfast and e-mail you lot. But I can tell you that I have my own bathroom, sitting room, complete with TU and laptop in my bedroom. Which in my opinion makes it more like a house than just a room, but anyway the
house is in the hills above L.R. and I can even see the Hollywood sign from the window.

It seems like a lot of house to have when Jeremy isn’t even here half the time, but I suppose that’s what you do when you’ve made it big in Hollywood. Spend all your money on stuff. It still feels weird to see Mum and Jeremy “together”, holding hands and being all soppy. It was even weirder to leave Dad and Everest at Christmas, especially as me and Dad sort of fell out before I left. I think he is less OK about Mum and Jeremy than he makes out, especially since his so-called girlfriend chucked him.

Anyway this is my first proper morning in America and I am uery excited. It is warm out [weird for December] and the sky is blue.

When I opened my eyes this morning I had that holiday feeling, times about one million.

I always get it when I sleep in a new place. I was so used to looking at the same ceiling, and the same books on the shelves and posters on the walls, that when I opened my eyes I felt a little rush of excitement when I remembered exactly where I was. Sometimes when I was little, after Mum and Dad had kissed me goodnight, I used to put my pillow at the wrong end of the bed and sleep upside down so that when I woke up everything would be topsy-turvy and for a minute I’d have that holiday feeling.

But on my first morning in Jeremy’s Fort’s Hollywood home it wasn’t only that supercharged holiday feeling I had: it felt like I was stepping out of my life and into a movie.

I have made a film now and it’s nothing like you think it’s going to be. Every day is long and most of the time you spend waiting around to do your scene, which you
usually have to do several times with lots more waiting around in between, and sometimes you can’t even remember where you are in the plot. Sometimes, in fact a lot of the time, making a film is quite boring. So when I say waking up in a movie, I don’t mean waking up on a film set. I mean that on my first morning at Jeremy’s house I felt like I had been zapped right through a cinema screen and straight into a living, breathing fantasy land. Although I knew it was real and that I really was in Hollywood, everything I looked at in my room that morning seemed a little bit shinier, a little more special than it did back at home. It was like the old musicals that Mum loves watching; the colours were deeper and brighter, and at any minute I got the feeling that everyone would stop what they were doing and burst into song.

I wasn’t surprised because this is Hollywood, and if this is the town where dreams comes true, then it made sense to me that being here would be like living in a Technicolor dream.

It was certainly a change after the year I’ve had, which has been amazing but exhausting and quite confusing; the year when I stopped being properly a kid any more and really started to grow up. The biggest thing that happened was that Dad stopped living at home and
now my parents are divorcing. That was and
is
the hardest thing for me to get used to, but Mum and Dad seem to have moved on so fast that I almost feel I have to run to catch up with them. Sometimes I wonder if they are actually running away from the past instead of running
towards
the future. But I haven’t said anything to either of them because they both seem quite happy now, especially Mum.

In the middle of Dad leaving home I had my first proper storyline in top telly soap opera
Kensington Heights,
my first fake kiss from co-star Justin de Souza and my first real kiss from Danny Harvey, who is now my boyfriend. And then I left
Kensington Heights
to “find myself”, and found myself with a part in the Hollywood movie
The Lost Treasure of King Arthur,
directed by Art Dubrovnik and starring double Oscar winner Imogene Grant and leading British actor Jeremy Fort. I made friends with teen heart-throb and movie mega star Sean Rivers, rescued him from his evil father and helped reunite him with his long lost mum. Now he lives with her in London and goes to my school, Sylvia Lighthouse’s Academy for the Performing Arts. And on top of
that,
my best friend Nydia collapsed and hit her head very hard because she’d decided to stop eating to try and lose weight quickly.

But the weirdest thing of all was that my mum and Jeremy Fort started going out together! And that is properly weird because my mum is my
mum.
She’s pretty but she’s not glamorous or amazingly beautiful, or a Russian supermodel like Jeremy’s last girlfriend Carenza Slavchenkov, but it seems as if they are getting quite serious, because here we all are at his Hollywood home for the Christmas holidays.

When I finally got up I had a shower, got dressed, then ventured outside of my bedroom to find Mum and Jeremy. I felt nervous about leaving my room, all fizzy and fluttery inside. I wasn’t sure what was going to happen during my two week holiday from my normal life, but I felt sure that they would be the most special, most exciting, most fun two weeks ever!

The house was covered from head to foot in the kinds of Christmas decorations that you usually only ever see in shops like Harrods. The banister was entwined with thick fake pine bunting, encrusted with glittering baubles that reflected the morning sunlight so brightly they almost dazzled me as I came down the
grand staircase. In the hallway stood a Christmas tree that had to be nearly as big as the one the Norwegians give us Brits every year to put up in Trafalgar Square. It had an interestingly large amount of presents stacked underneath. I wondered if they were real gifts or fake ones like you get in department stores. As I studied them I noticed a furry little face with beady eyes peeping out from behind one especially big present. I hoped that it wasn’t a present for me because as a girl of nearly fourteen I was pretty much over cuddly toys, a fact that even basic research of my interests would have alerted him to. I was Just rehearsing the appropriate polite and pleased response when suddenly the creature leapt straight at me.

I screamed my head off.

“It’s a rat! A rat, a rat is biting me!” I shrieked as it grabbed my trouser leg and began to shake and tug at it vigorously, almost pulling me off balance. Mum, Jeremy, Jeremy’s chef Augusto and Marie the housekeeper all came racing into the hall. But instead of saving me from the mutant rodent, they all stopped in their tracks, smiling, and Mum even
laughed.

This Immortal by Roger Zelazny
Hitler Made Me a Jew by Nadia Gould
6 - Whispers of Vivaldi by Beverle Graves Myers
Holding Their Own VII: Phoenix Star by Nobody, Joe
DeathWeb (Fox Meridian Book 3) by Niall Teasdale
Draugr by Arthur Slade
A Spirited Gift by Joyce Lavene
Deacon's Touch by Croix, Callie
Mourning Moon (A Guinan Jones Paranormal Mystery #2) by Foley, Callista
New Title 1 by Jeffrey, Shaun