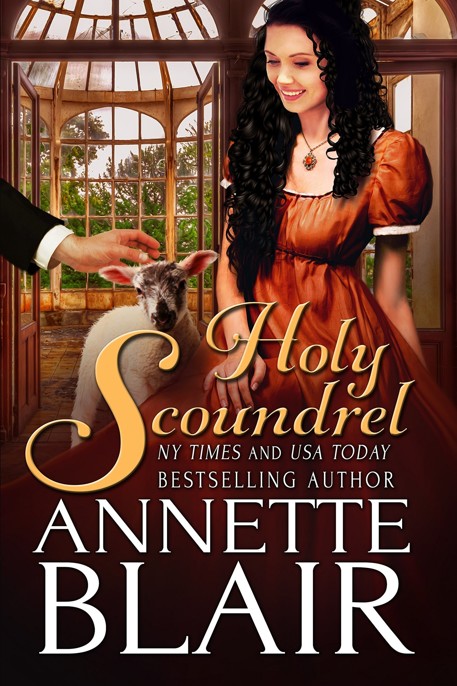 —Gabe, a passionate widower
had sworn off passion.

—Now Lace, his first love, is back...with a tarnished reputation.

—She's there to help raise her niece/his stepdaughter...

—But the rich, powerful town gossip won’t have it.

—Hidden secrets, a forbidden love, and trouble...plenty of it.

“Annette Blair is a master at sweeping you from one emotion to the next with the flip of a page. Her humor mixed with life challenges give you characters with dignity and laced with fun. You can’t help but feel good when you’ve finished one of her books.” Grade: A+ Sandy, The Good, the Bad, and the Unread

“Annette Blair is one of my all time favorite authors. Her writing skill is in a league by itself. Very Highly Recommend.” Suzie Housley, Myshelf.com, Explicit Content

“Annette Blair is a master of the Historical Romance genre. I cannot recommend this tale highly enough and I plan to tell everyone I know about it.” Detra Fitch, Vine Voice Reviewer

“Ms. Blair grounds the story in her time period, gives enough details to be engrossing then weaves a tale that sweeps the reader from page to page. The suspense element is handled with a masterful touch. I eagerly await her next offering.” Karen Larson, Scribes World

This is a historical work of fiction. Names, characters, places, and incidents either are the product of the author's imagination or are used fictitiously, and any resemblance to actual persons, living or dead, events and establishments is entirely coincidental.

The scanning, uploading, and distributing of this book via the internet or via any other means, including those not yet invented, without permission of the copyright owner, is illegal and punishable by law. Please purchase only authorized electronic editions, and do not participate in or encourage electronic piracy of copyrighted materials. Your support of the author's rights is appreciated.

Surprisingly, there seem to be several schools of thought as to the length of the Regency Period. Purists say it lasted from 1811 to 1820, at the time George IV ruled as Regent during the well-known “madness” of his father. Others say that the Prince Regent’s influence lasted beyond 1820, and not until William IV came to the throne in 1830 did the Regency period finally come to an end. And still others place the Regency at 1811 to 1837, when Queen Victoria succeeded William IV.

For this series, I have chosen the broadest Regency timeframe.

For years of treasured friendship

And a shared sense of the ridiculous.

Thanks for believing in me

From the first sale

“Blighted knave!” Old Fishface said as he tossed Gabriel Kendrick by the scruff of his neck into the heating stewpot of rotting hay, sweaty animals, and ripe manure. The Academy stable.

“Muck out a stall,” the heartless schoolmaster told one of the younger dormitory discards, “and find yourself a place to sleep, lik
e
thes
e
scoundrels did. Simply keep the animals clean, groomed, and fed, and you might fare half as well.”

Gabe regarded the blighters who came before him—the unruliest of the unruly—spines straight, proud despite their punishments, and he raised his chin as high as theirs.

“This one,” Fishface said, pointing his way, “is here at the whim of an aristocrat. A charity case. Lady Bountiful does not want the vicar’s son sniffing aroun
d
he
r
girl.”

So much for the pretense of respectability, Gabe thought.

“Lord or pauper matters not to me,” Fishface added, slapping his big belly, “as long as tuition is paid. These are your quarters, the lot of you. Make the best of it.”

Their jailer-schoolmaster slammed the door and left them to their own devices.

“He set to kick us out of school?” Gabe asked his new inmates.

Justin Devereux, a future duke, chuckled. “’Course not. He wants the money we bring in. If he had his way, he’d keep us forever. We grow up and break out is how we leav
e
thi
s
place.”

Nick Daventry laughed. “Bein
g
nearl
y
an heir is, I vow, the longest prison sentence a man can get.”

Gabe eyed Justin Devereux. “You do know that your brother Vincent
,
you
r
father’s spare, got you kicked in here with a vile lie, do you not?”

Justin gave a half nod. “Sinc
e
Vincen
t
was not firstborn, then yes, he usuall
y
i
s
my problem.”

Andover, in line to be a marquess, stepped toward him. “Kendrick? Be ye knave or scoundrel?”

Gabe thought about that. “Bit a’ both, I’d say. Knave of hearts, maybe. But Fishface is right to worry about me and the girl with the title. I won’t give her up.
”
As if her mother would let him near Lacey after this.

“Guess we’re all of a piece,” Andover said. “Each a knave of hearts and scoundrels all.”

Marcus Fitzalan slapped Gabriel on the back. “We have to make our time here count. Form a bond; be there for each other when needed. Swear a lifetime oath.”

Andover nodded. “So for now
,
an
d
after we go our separate ways, we show our scoundrel faces to the world but we send for each other in times of trouble, whatever life hands us?”

“I like that,” Gabriel said, a vicar’s son determined to match the strength of an aristocrat. “I might not be rich, but I’m strong. I can hold up my end. Whatever you say.”

“Till the end of our days,” Fitzalan cautioned. “We’ve bonded in our rebellion, and that’s the strongest of friendships forged.”

So knaves and scoundrels, lords and paupers alike, they sealed a lifetime oath, each raising a tin cup of brackish water.

And a fine pact they made of it.

Lacey Ashton, unnoticed in the midnight shadows, fixed her hungry gaze upon Gabriel Kendrick, the most formidable of the ghosts she had come home to face.

Dwarfing his surroundings, Gabriel bent to keep his head from an intimate encounter with a raw-oak barn beam while protecting the newborn lamb in his keeping, a smile in his eyes, if not on his face . . . until he saw her. Gabriel the indomitable—named for the bright angel when he should have been named for the dark—stood frozen in vulnerability.

A heartbeat, no more, and the scoundrel narrowed his eyes, stepped forward, stretched to his full staggering height, and squared his shoulders to a stunning span. Lucifer, sighting prey, spreading charred wings.

His chiseled features, graven in shadow, sharpened to unforgiving angles as his dark-fire gaze seared her.

Lacey stepped back. In that moment, despite her resolve, she wanted nothing more than to turn tail and run . . . except that she could not seem to move.

Here stood the father of her child, while between them stood the lie she’d told to deny it—saving him and tormenting him in one horrific stroke.

A horse snuffled and shuffled in its stall, freeing the scent of hay musk into the grip of silence, injecting reality into unreality, replacing the past with the present, and allowing her finally to draw breath.

As forbidding as her nemesis appeared in lantern light, dressed entirely in black, the tiny white lamb tucked into his frock coat humanized him, the contrast bringing his cleric’s collar into conspicuous and bright relief.

Titans by Scott, Victoria
Things Invisible to See by Nancy Willard
In My Wildest Fantasies by Julianne Maclean
The Hurricane by Nicole Hart
Something Noble by William Kowalski
Caroline Linden by What A Woman Needs
The Escape Orbit by James White
Sleepless in Hollywood: Tales From the New Abnormal in the Movie Business by Lynda Obst
The Cakes of Wrath by Jacklyn Brady
Palisades Park by Alan Brennert