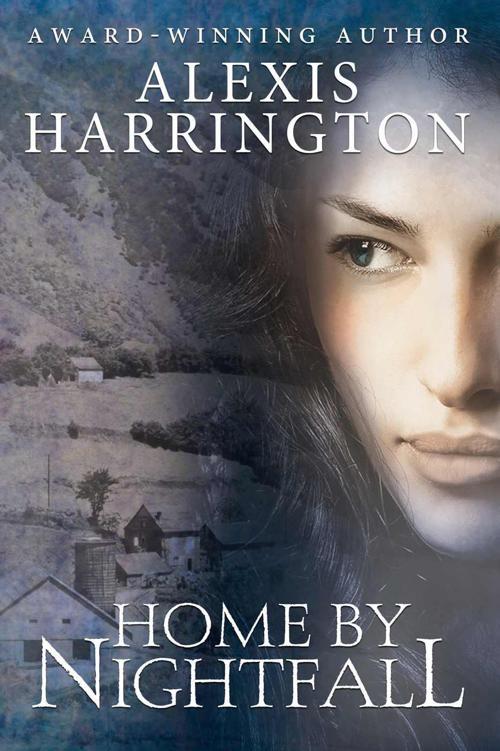 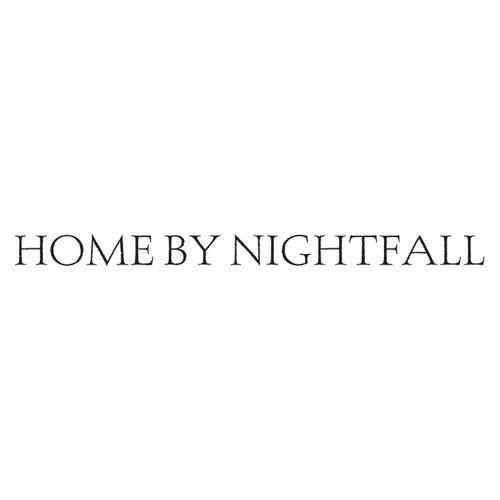 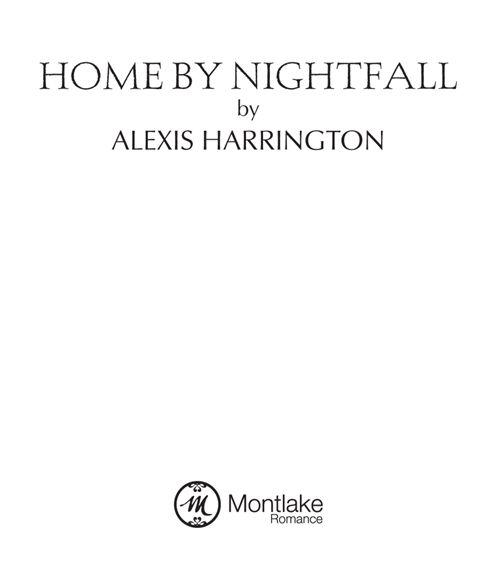 Although writing is a solitary occupation, no author publishes a book without the support of friends and professionals. In my case, I am fortunate enough to have a raft of wonderful people who offer professional and emotional support: Margaret Vajdos, Lisa Jackson, my mother Nikki Harrington, Jim Midzalkowski, the author team at Amazon, and editor extraordinaire Charlotte Herscher, who grasped the vision of this book with empathy and enthusiasm.

The man worked his hoe along a row of straggling squash plants, loosening the soil and pulling weeds as he went. The quality of this land was more suited to livestock than cultivation. He’d been told that flocks of fat sheep had grazed here before the war.

But there were few animals left around here now, and the earth was scarred and turned and churned. The plants’ fruit was smaller than pullet eggs, and he wondered if another couple of months would really make much difference.

Digging under the July sun made for hot work, and he had to stop frequently, leaning on the hoe handle for support. Overhead, the yellow-blue sky gleamed in the summer heat, and with little vegetation to tether it to the earth, the breeze swirled the dust in the hazy air. Nearby, a cool, shallow stream crossed the property. Pebbles of all earthen colors shone through the clear water.

The old wound on the side of his head still throbbed when he bent over, and his poorly healed leg remained weak, aching if he stood too long. When he looked up from time to time, he could see picket posts and barbed wire in the distance and trenches that
had yet to be filled in. They were remains of the battles fought near here two years earlier. In the far distance, a mound that had been a hill was now only a rise. Its top had been blown off by heavy artillery and looked as if the enormous fist of an ancient, angry god had punched it down, scattering debris for hectares. Some beleaguered trees persisted, with leaves erupting from odd, scattered spots on their trunks. A defiant few were robust, while others gleamed like silvery skeletons under the hard blue firmament.

Just a bit closer stood the rusting metal carcass of an ambulance. Most of its useable parts had been picked clean by the neighboring farmers to repair farm tools or patch holes in walls or roofs. Tall weeds and grass grew up through the empty seat frames and around the steering column. He supposed that in another year or two, the landscape might recover sufficiently to conceal the whole thing.

Although he had no memory of it, he had arrived here in that ambulance.

Leaning again on the hoe handle, he heard a motor start up, then saw a car with the Red Cross emblem on its side pull out onto the road. Obviously, it had been visiting this farmhouse. It moved away slowly, and the man at the wheel eyed him, but too much distance lay between them for either to really see the other. Finally, the car rounded a bend in the road and disappeared.

His French was not as fluent as a native’s, but he understood that Véronique was calling him to lunch and to come while it was still hot. Turning, he saw her standing in the doorway of what had been a bigger farmhouse. The rest of the structure had been blasted away by a shell during the war. Both he and Véronique had to be careful when they worked the tract—unexploded shells
lurked in the soil, as unstable as nitroglycerin. An old farmer farther down the valley had hit one with a shovel last spring and been killed. Another casualty of war, one claimed after the armistice.

Waving to Véronique, he put down the hoe and reached for his crutch, a crude, homemade thing, and hobbled his way across the field toward her. She was a pretty woman, not yet forty years old, and despite losing her whole family to the Great War, she managed somehow to maintain a generous, hopeful heart.

“
Viens. Manger
,” she repeated when he reached her. The sun gleamed on her russet hair, the long part that hung out the back of her kerchief.

With an exasperated sigh, she said, “Come to table.”

“Close enough.” He gave her a smile and a peck on the cheek. She smiled, too.

The single room that remained within the stone walls of the farmhouse was cramped but clean, and the roof didn’t leak. He hoped that when his strength improved, the two of them would be able to sort through the rubble of stones outside and rebuild a room or two. Though a relief group formed by the Society of Friends had offered to move them to a village with new housing, Véronique had refused to go. This land had been in the Raineau family for generations; she was the only surviving member of that family, and she was not about to leave it. She had, however, accepted basic furniture—a table and chairs and a bed—vegetable seeds, and the gardening tools they’d provided. When a skinny milk cow wandered onto the property, now seeming as rare as a diamond, they’d captured it and let it graze on what weeds and
other scrub it could forage. But if they couldn’t find a way to breed it again, the cow’s milk would dry up.

A small pot of rich potato-and-leek soup waited on the table with a round of crusty bread and a bottle of wine. How she worked such magic at her stove with so little, he didn’t know. New shops in the nearby village carried staples, but money was still in short supply.

He pulled out a chair and sat down, his injured leg protruding stiffly. Véronique sat across from him, whispered a blessing in French, and crossed herself, the signal that they could begin eating.

The soup was warm and tasty, and his appreciative noises made her smile again. “The Red Cross was here today?” he asked in French. Christophe knew the term
Croix Rouge
. “I saw their car leave.”

She paused, her soup spoon on the edge of her plate. “While you were working?”

He shrugged. “I’m sure they did. We watched each other.”

“It was a man and a woman. Americans.”

“I hope they’ll bring help. We should need it.” He corrected his linguistic blunder. “We
need
it.” He knew that volunteers from the American Red Cross had come around before, checking on all those who had returned to the area after the Meuse-Argonne Offensive. The organization had been part of a relief effort as well. “Did they mention the sheep from Algeria that have been promised?”

“What did they want, then?”

Véronique was a forthright woman, direct and unsparing of her brandy-colored gazes. But now she glanced away. “They asked about you.”

He’d been pouring a glass of wine and stopped. “Me—what about me?”

“They know you are American, too. They are curious.”

Washed with a formless, uneasy dread, he put down the bottle.

“They wanted to talk to you, but I told them you were gone to the village. I was afraid they might
upset
you with their questions.”

He shook his head, puzzled by her French word. “I do not understand ‘
détresse
.’”

She touched his arm to make him look at her, and put a hand to her forehead. “
Affliger.
”

Distress.
That he did understand. He felt safe here with Véronique.

“They asked where you are from, how you came to be here.”

He tore a piece of bread from the round loaf. “What did you tell them?”

“The truth. I pulled you from that wrecked ambulance beside the road. You were the only one still alive. The driver and the other man—” She shuddered. “The shell destroyed them.” She paused. “It has been almost two years. You still remember nothing?”

“They asked if you had identification. But you did not, and I told them so. To me, you are Christophe. That is all I know.”

It was all he knew, too. She had given him that name. He had no other, first or last. He had no recollection of being in the ambulance, of the war, of where he had come from. He knew he was an American soldier, but nothing else. She’d burned his uniform
because it had been blood-soaked and full of lice. Trying to remember more—and God knew he had tried—resulted only in frustration and sharp feelings of discomfort. Of incompleteness. Sometimes the effort caused what she called The Strangeness to come over him.