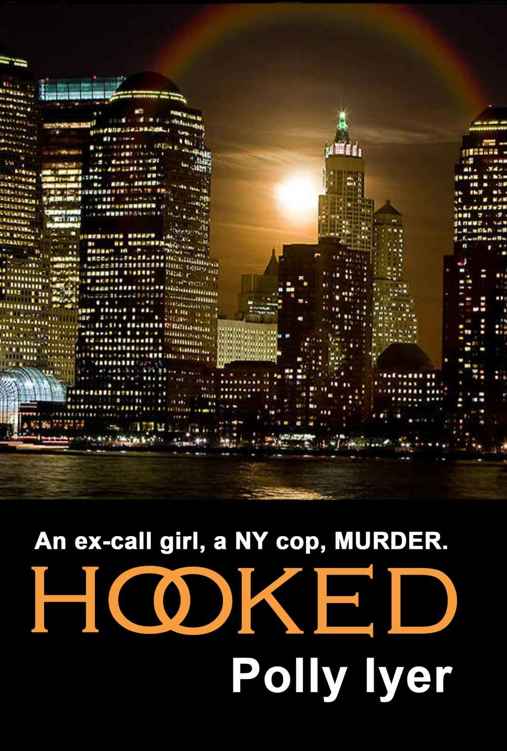 This work is a work of fiction. Names, characters, places, and events are either the product of the author’s imagination or are used fictitiously. Any resemblance to persons living or dead or to actual events or locales is coincidental and beyond the intent of the author.

An Inkling of Disaster

Deal at the Deli

Light Dawns on the Don

Bad Start to a Bad Day

A Double Case of History

Haven’t We Met Before?

So Close; So Far Away

No Honor Among Thieves

The End of the Line

Not Yet Out of the Woods

I
f Linc rated high-priced call girls on a scale of one to ten, Tawny Dell would score a twelve. Parked in the lot next to the public beach access, he trained his binoculars on the jaw-dropping beauty as two college-aged lifeguards carried her paraphernalia onto the beach. The third tugged a chaise behind him and set it down when she picked out the perfect spot. She peeled off her cover-up, and the three boys practically drooled.

Even Linc sucked in a quick breath. The woman’s figure could incite a rampage of lusting men, him included. Though lean, she had curves in all the right places. Tight ass, tiny waist, topped off by magnificent breasts. He glanced at the photo the captain had given him,
then retrained his focus on her. Yup. There couldn’t be two like her. Not on this planet.

The young men huddled around her. One danced a jig to hide his boner, resembling a toddler too busy to pee. Tawny avoided looking at the boy’s embarrassing bulge and turned her attention to the others.

Nice. At least she didn’t smirk
.

The four exchanged a few words,
then the boys gestured to their lifeguard stations. She noted the sites, nodded, and flashed a smile that even from a distance added a few more rays to a sunny day.

Yeah, all she has to do is crook her little finger in their direction, and they’ll come a’running
to carry out the pretty lady’s wishes. Good luck, guys. It’ll be a cold day in hell before you hook up with a woman like that.
The boys’ naïve optimism reminded him of his own youth, a lifetime ago.

Tawny settled into the low-slung chair, stretching her long, shapely legs and burrowing her feet in the sand.

Hmm, what I’d like to do with those legs. And those―stop it, Linc.

He scanned her audience. If she was aware of the admiring gawkers, she didn’t let on. Every male within a hundred-foot radius locked onto her like lasers.
Women, too, albeit for different reasons. Where the women scowled disapprovingly, the men radiated unabashed appreciation. Beauty was definitely in the eye of the beholder.

The reaction of both sexes centered on the skimpy bikini that left nothing to the imagination. The amount of shiny, copper-colored fabric wouldn’t conceal a postage stamp, and it sure didn’t cover a body worth a hell of a lot more than the going postal rate.
Hundreds of thousands of dollars more, according to a snitch.

The captain, cooperating with Treasury, decided Tawny Dell could be useful, and it was Linc’s job to enlist her. If she accepted, his division might just solve a murder and close down a string of sex clubs at the same time. If she refused, the IRS would nail her for tax evasion.

Linc couldn’t wrench his eyes off her. The woman personified every cliché that defined beauty. No wonder men paid so much money to sleep with her. She was every man’s wet dream. Even though word surfaced that Tawny had hung up her G-string, she still could play in the major leagues—if she wanted to. But business was business. He needed to concentrate on his job. He tossed the binoculars on the car seat and bit back his lust.

After locking his shoulder holster and gun in the glove compartment, he got out of the car. Wearing a suit on the beach looked suspicious enough, but a bulge under his jacket would garner unwanted attention. He wished he’d checked into a hotel to change, but he didn’t have time. He tossed his jacket over the binoculars, stripped off his tie, and unbuttoned his shirt collar. Rolling up his sleeves helped him look less like a cop but more like a dork, traipsing in the sand with shoes on.

The day was South Carolina perfect: azure sky, beach breeze steady enough to keep the sun worshippers from dissolving. Snagging one of the hotel chairs, he started toward his target. Within a few seconds, one of Tawny’s worshiping trio, a cinnamon-toasted kid with hair like summer straw flopping over his eyes, barred his way.

“Um, you can’t take a chair if you’re not registered here,” he said, clearly uncomfortable with confrontation. “What’s, um, your room number?”

The kid backed off after Linc flipped open a small leather case and flashed his badge. He palmed the teen a fiver and received a toothy grin in return. Linc resumed his mission, dragging the chair through the sand until he set it down beside Tawny Dell.

She regarded him with neither curiosity nor annoyance. This woman was accustomed to men hitting on her. In the real world of high-priced call girls, a man needed references to contract an hour’s time with this masterpiece. He had a better shot if he hired her to accompany him on exotic vacations for weekends or longer, far from
his wife and kids. A trip like that could set back a salivating customer five or six figures, understood and paid at the end of their arrangement. Only a few women reached that lofty level. Tawny was one of them.

Because she worked independently and strictly on referrals, she’d never popped up on the radar. Only after another working girl blew the whistle on her did the NYPD get the lowdown.

“My, my,” she said, with an air of feigned surprise. “What’s a New York City detective doing all the way down in South Carolina? And why would he be after me?”

He lowered himself into the chaise. “I’m investigating what we believe to be a sex crime.”

Her expression changed to one of amusement, her voice husky and suggestive. “Have I committed a sex crime? Something…kinky, perhaps?”

He knew only one way to play a woman like this―by her rules. “I don’t know, have you?”

Linc felt a tug in his boxers. Jesus, he was turning into one of those drooling losers watching from the safety of their beach chairs. He leaned closer, feeling her body heat slam into him, and brushed his lips close to her ear to speak. “Had the same problem myself this morning. Now if we were together we wouldn’t have had to resort to such artificial stimulation.”

“Oh, I doubt your boss would approve, Mister―what did you say your name was?”

She was poking fun at him, but he forgot the mockery when she shifted toward him onto her hip, and those beauties shifted with her. No silicone either. They were the real thing. Damn bikini triangles barely covered her nipples. She took off her sunglasses and matched his stare.

A few fine lines crinkled the corners of bright, turquoise eyes. Thick dark lashes. No mascara. No makeup at all. The report said she was thirty-two. He wasn’t good at judging age. Everyone appeared younger these days. Maybe it was diet, more exercise, nip and tuck. Forty was the new thirty. Wasn’t that what people said? After a couple of Mid-East tours, he looked and felt every minute of his thirty-eight years.

Thirty-two wasn’t old for a call girl. Experience meant a lot to men who paid for women costing as much as Tawny. Did a few tiny creases mean the end of an illustrious career? Was that why she quit? He had to admit his division spent more time tracking perverts after prepubescent girls, not women aging like fine wine.

“You guys are all so predictable,” she said, snapping him back to the present and her beautiful Caribbean eyes with the long, thick lashes. “For your information, I
am not a working girl anymore. I’ve retired. This is the first vacation I’ve taken by myself in years. I even got my neighbor to water my plants, and you’re intent on ruining it for me. What’s so important that you followed me down here?”

He saw a couple watching as if they were in the middle of a triple-X-rated skin flick. The woman nudged her husband and he slammed his slack-jaw shut.

“We need to talk, and this isn’t the place. Can we go to your room?”

“I told you, I’m not in the life any more. You’ll have to find someone else to get your rocks off. And if you persist, I’ll report you to your—what division did you say
you were with?”

“Such sarcasm. Go ahead. I’m with sex crimes, but my boss will make you the same offer I’m going to. And he might not be as…accommodating.”

She studied him a long minute, then stood up. So did he. She was almost his height and still flaunted that teasing half-smile. Moving in chest to chest, she said, “Give me a hint. What’s this all about?”

He breathed in a flowery scent he couldn’t name. Jasmine, maybe. He wanted to move back, but he liked the feel of her against him. She was trying to fluster him and damn if she wasn’t succeeding.
You’re a cop, Walsh. And she’s a pro. Be cool.
“Four hundred thousand you earned from Fortune 500
acquaintances
and a member of New York’s Five Families, all in an offshore account you forgot to pay taxes on.” He watched her. “Oh, and a dead hooker named Sarah. Ready?”

All the points he ticked off got her attention, but the last item stopped her cold. Her breath hitched, and every muscle froze. She regained her composure in the same length of time it took to bat those baby blues. She draped her beach cover-up over her shoulders, and hidden from view beneath the voluminous fabric, lowered her right arm between their bodies into the warmth of his crotch and took hold of his balls.

The Second Ship by Richard Phillips
Until the Colours Fade by Tim Jeal
Ice Rift by Ben Hammott
After The Storm by Claudy Conn
Galin by Kathi S. Barton
Tribb's Trouble by Trevor Cole
Climates by Andre Maurois
Rhythm of My Heart: Speed, Book 3 by Jess Dee
Worth a Thousand Words by Noel, Cherie
This Time by Rachel Hauck