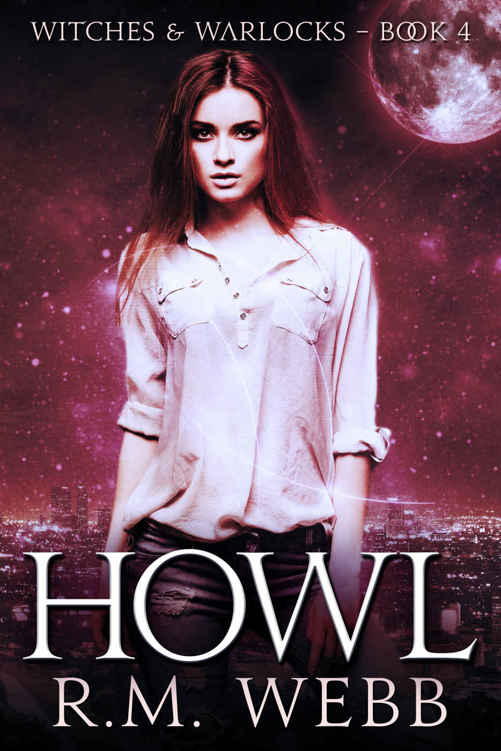 All rights reserved. This book or any portion thereof may not be reproduced in any manner whatsoever without the express written permission of the publisher except for the use of brief quotations in a book review.

Thank you for teaching me to speak.

Thank you for making me comfortable being me.

The whole damn world is built on lies. Lies stacked on deceit stacked on fabrication of facts. Like right now, the casket Becca’s lying in is a lie. Her carefully arranged hands are a lie. Her closed eyes are a lie.

The stillness of her heart.

The quiet in her lungs.

The pallor on her skin.

Well, her alabaster skin is a whole different kind of lie. Or maybe it’s a truth. I’m not really sure.

I omit the part where she’s not really dead. Where Lucy and Barnabe used her as part of their scheme to take over the supernatural world and is now both a witch and a vampire. I omit the part where the people here, paying their last respects to the sweet girl cut down in her prime really shouldn’t cry because she’s not really dead. Because she’s just leveraging their pain to transition into her new life.

The tears I shed for her are lies.

The catch in my throat is a lie.

The hitch in my chest is a lie.

This whole funeral is a lie.

But it’s a necessary lie. One told to give Becca’s friends and family closure. To keep the secret of witches and vampires and werewolves, oh my! from the world’s mortal inhabitants. I stand up here at my podium — surrounded by flowers and the sounds of sadness, eyes shining with tears, one of the few who know the deepest secrets of this moment —  and I can’t help but feel powerful with my knowledge. And the fact that I feel powerful makes me feel ashamed. But in this instance, I’m one of the elite. Outside the boundaries of normal human life. Operating to keep these people safe in their ignorance.

What would they do if they knew even
one
of my truths?

I stare out over the sea of people gathered to honor the girl who was my best friend and captor for most of my life. My parents sitting next to her parents in the front row. Becca’s dad sandwiched between his ex-wife and his new girlfriend, their animosity overshadowed by the weight of their grief. Noah looking handsome in his suit next to my dad. So many people choking on sadness for this girl who is nothing like they think she is and never will be again.

I recognize most of them. I lived my life at Becca’s side and I don’t think there are many people in her life that I didn’t know at least a little. Of course, I believed that was true back when she showed up with Luke and Carter, too. And I sure didn’t know them.

My breath catches, thinking about Luke. Just yesterday, with little fanfare, he was cremated. His ashes taken back to Windsor Manor. There was no one to cry for him. No one to celebrate his life. No one to care that he’d died. For me. The man died for me and I’ve yet to shed a tear for him and here I sit, wiping them from my cheek for Becca. I can’t process that. Haven’t been able to process that. Probably won’t be able to process that for a while still. How do I ever feel anything but some kind of numb, shock-filled gratitude? Debt? Guilt?

I choke on my last words for Becca while thinking about Luke. I make my way back to my seat without glancing down at her, just keep my eyes out over those gathered to mourn her passing. A few people offer me a supportive smile, while others blot their eyes with balled up tissues.  A face I don’t know catches my attention. There, standing in the back of the funeral parlor, arms crossed, leaning against a wall. He’s younger. Dark hair a little too long. A little too mussed. Five o’clock shadow just a little too pronounced. He sees me looking. Nods. A strange feral gleam dancing in his eyes. Probably a werewolf. See? Yet another someone Becca had in her life and kept from me.

I squeeze in next to Noah and hold his hand. Accept the tissue my mother hands me. Smile when Dad leans over and drops a reassuring pat on my knee.

The rest of the service passes in a string of kind words and sad faces. Of condolences and heartfelt hugs. And then we’re ushered into our cars, while my dad and Becca’s dad carry Becca’s casket to the hearse with the other pallbearers.

We’re all riding to the gravesite together in the limo the funeral home provided the family. Me, Mom, Dad, Noah, and Becca’s parents. The Howards invited us because Becca and I were so close. It’s not at all awkward, climbing into that seat, Becca’s dad sitting between his ex-wife and the woman he left her for, holding both of their hands. My parents trying to make me feel better when I really don’t feel that bad at all.

After riding a few miles in silence punctuated by Becca’s mom’s sniffles, my mom finally succumbs to her need to fill every quiet moment with conversation. “So, Noah,” she says with a smile, as if that makes up for the fact that she’s going to make small talk over Mrs. Howard’s grief. “Are you from around here?”

I almost chide her for being so inconsiderate, but the look on Mrs. Howard’s face changes my mind. Maybe a little distraction will be good for her.

“I grew up a few miles from here,” he says. Of course, he’s talking about the ranch. While my mom’s busy imagining a sweet little boy with skinned knees and a penchant for football, she couldn’t be further from the truth. That little boy has lived through more trials and tribulations than my sweet mother could ever imagine.

“Are you an only child, or do you have brothers and sisters?”

Speaking of trials and tribulations…

Noah’s face clouds over. “I had a sister, but she passed away when I was nine.”

The smile on my mother’s face dissolves into something almost hideous as she tries to think of the next thing to say. “Your parents must have been devastated.” Becca’s mom sobs into her tissue and Mom’s got panic tightening her eyes.

“My parents died when we were very young.” He kind of shrugs and looks more uncomfortable than I’ve ever seen him.

Becca’s father pats his ex-wife on the knee and gives me a weak smile. “Just like your birth parents, huh Zoe? You and Noah really do have a lot in common, don’t you?” I know Mr. Howard is trying to make me feel better, but I’m having a bit of a hard time digesting what he just said.

I didn’t know that Becca’s parents ever knew that I was adopted. I shoot a look at my parents and they look distraught. Shocked. Scared to death. My dad kind of opens his mouth and lifts his hands from his lap like he’s going to try and explain.

I shake my head, try to get him to see that now’s not the time. That I already knew. That I didn’t just find out I was adopted at my best friend’s funeral.

I smile at Mr. Howard. “Ya. We really,
really
do have a lot in common.”

I thread my fingers into Noah’s and there’s that zing of energy that is his magic greeting my magic. It’s a little more intense than usual because I’m sure he’s aware that my thoughts are going about a million miles an hour right now trying to figure out just
how
Becca’s dad knows that the people who raised me aren’t my birth parents. And if Mr. Howard knows, then what do Mom and Dad know? Have they been telling their own set of lies this whole time, too?

With the atmosphere being so tense, and with all this grief being somewhat unfounded given the fact that Becca’s totally alive and will be for centuries, I weave a little spell. Whisper the incantation under my breath and send my magic out to fill the limo with calming energy. I watch it sparkle in the corners, and there’s a collective sigh of relief.

We shift into a numb silence and the thrum of the tires against the pavement lulls me deeper into my thoughts. Through the condensation gathering on the window, I watch the edge of the road. The chunks of gray snow collecting on the shoulder, dirtied by traffic. The gray sky and the gray pavement. A gray world for a gray day. It’s only a few days before Christmas, but right here, right now? Well, let’s just say there’s not a lot of celebrating going on.

It’s so weird to know that in the hearse ahead of us, Becca’s climbing out of the casket and into the front seat. That the driver is a warlock and he’s putting a spell on the now empty coffin so that it feels decidedly
not
empty when the pallbearers carry it to the grave site. That Becca’s wearing dark sunglasses because, while she’s the first vampire to ever walk in the sun, she doesn’t tolerate it very well. And, she’s casting an invisibility spell on herself so that no one will accidentally see her and suddenly find themselves believing in ghosts.

So, I guess if I know all of that is happening while the people around me are busy trying to manage Becca sized holes in their hearts, I guess I can forgive the fact that Mr. Howard knows that the Tates aren’t my birth parents. We all have our lies, don’t we?

Bitterness twists in my stomach. Sure, I can forgive Mr. Howard knowing that I was adopted. But if Mom and Dad were in on everything...

I’m not really OK with that.

I’ve spent all my life not knowing enough about what’s going on around me. I’m tired of all the questions. Of bumbling along, only given a fraction of the information I need. I don’t want to be kept safe through ignorance any longer. Knowledge is power and it’s time I took a little power for myself.

I choke back a laugh. Despite all my self-righteous indignation, I can’t quite see myself starting up that particular conversation with Mom and Dad. So, uh, about that whole adoption thing. Did you know I was a witch being hidden in so I could be raised in such a way that my powers would let me fight vampires? Ya. That’s not gonna happen.

The service at the gravesite is quick. There are more tears. More sobs. People losing control of their sadness and crying as they shiver against the biting wind. Noah has my hand and I guess I’ve run out of tears for this particular lie. My mom keeps trying to catch my eye. Keeps trying to take my other hand. To get my attention and start a discussion about why I had to find out I was adopted at my best friend’s funeral. I understand why she thinks it’s such a big deal, but since I already knew, it’s really not. I take her hand and give it a squeeze. Hope she understands that I’m OK and that we’ll talk later.