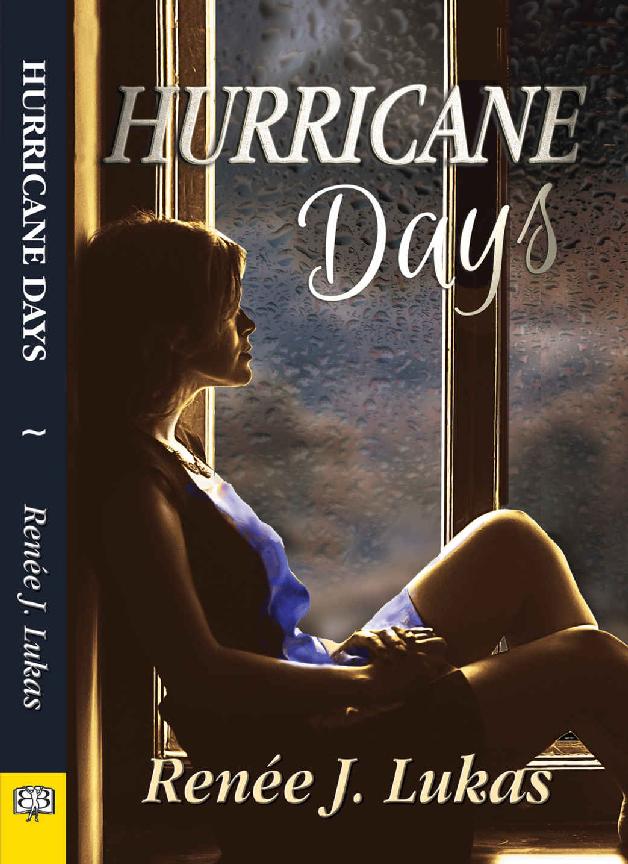 When you shop at Bella, more of your dollars reach the women who write and produce the books you love. Thanks from all of the authors & staff at Bella!

Other Books by Renée J. Lukas

Governor Robin Sanders is the conservative Georgia darling of the upcoming Republican presidential primary. The daughter of a state legislator, Robin is running on a traditional values platform. The governor’s skeletons are buried so deeply that even the media hasn't been able to uncover them—until now. Poised for victory, a breaking scandal threatens not only her election chances but everything she’s worked toward for years.

Before the final debate, a dramatic reunion between Robin and Adrienne leads to shocking revelations. The two nearly destroyed each other once. Can they survive these new
Hurricane Days
? 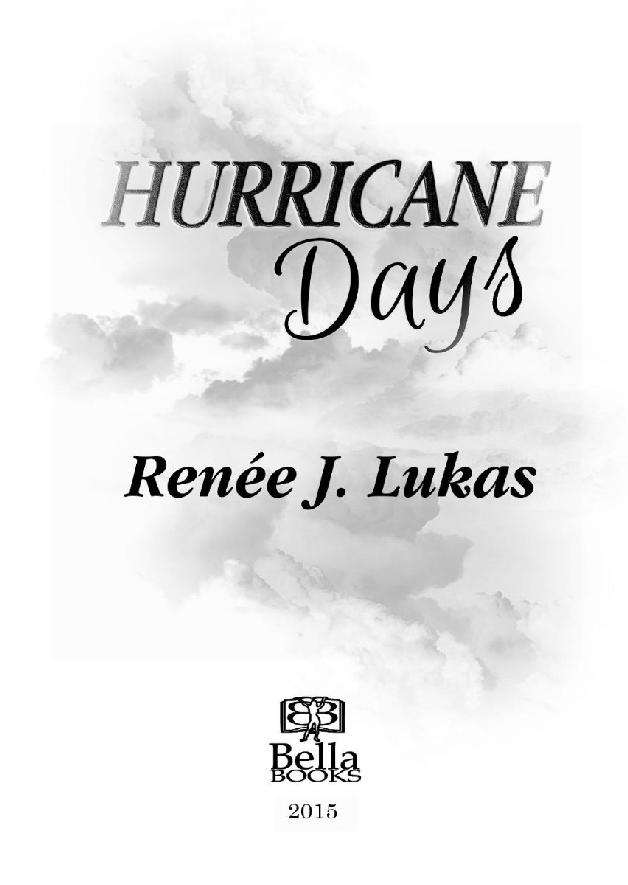 This is a work of fiction. Names, characters, businesses, places, events and incidents are either the products of the author’s imagination or used in a fictitious manner. Any resemblance to actual persons, living or dead, or actual events is purely coincidental. The publisher does not have any control over and does not assume any responsibility for author or third-party websites or their content.

for everyone who has struggled

and fought to live an authentic life

Renée J. Lukas is a humorist and cartoonist, as well as a screenwriter and novelist. Her work can be found in all four corners of the United States and points in between. When she’s not teaching screenwriting, she loves to overanalyze films. Originally from Tennessee, she now calls Massachusetts home.

“Governor Sanders, I have some news.” Peter Fordham was a sweaty mess who seemed to be choking on his tie.

“I’m sure you do,” she responded in a syrupy drawl. Governor Robin Sanders, the pride of the South, appraised her stressed-out political advisor, then handed him a flute of champagne. “Enjoy a sip or two first, Peter. You work too hard.” That was her way of telling him he was a sweaty mess.

He loosened his tie, eyes darting around the crowded living room of the governor’s mansion. She couldn’t tell how important his news was because he treated everything as if it was the apocalypse.

Surrounded by supporters, Robin Sanders had the easy smile of someone hosting a dinner party, not the surprise leader in a hotly contested Republican presidential primary. Of course it was too soon to celebrate. But she instinctively knew to give the impression of a winner anyway. Never show them a moment of doubt. She once did an entire television interview, calm and poised, with a beetle squirming in her shoe. Anyone who knew of her freakish bug phobia would have been impressed to know that.

Tonight she was throwing one of her famous galas at the mansion. She’d become well known for these events. She’d always had a flair for throwing parties and impressing people. As she always told her staff: “This isn’t politics, it’s show business.”

Robin was a commanding presence everywhere she went, a late-forties Scarlett O’Hara, with thick, dark hair, medium-length—styled conservatively, of course—and stunning ice-blue eyes that always seemed to throw others off balance. She had that charisma up-and-comers like Peter could only wish for—the kind where the air actually seemed to change color the moment she entered a room. People
listened
to her. She could convince anyone of anything no matter how misguided. As a child, she convinced her brother Kenneth to put his G.I. Joe doll down the garbage disposal, assuring him that the doll was tough enough to climb out. Needless to say, Kenneth cried for days after the machine chewed G.I. Joe’s legs off. She was a natural at the art of persuasion, had been ever since she was in diapers. This skill ran deep in the Sanders gene pool.

“You don’t understand,” Peter persisted. “Something bad has…” His words faded into the party banter, and he was immediately tuned out. Peter was her long-suffering right-hand man, the seventh person to occupy the position since she had been elected to the Georgia state senate. Each of the other six had been chewed up and spit out their first day on the job.

“Give that boy a stiffer drink,” bellowed Jimmy Sanders, slapping Peter on the back. A distinguished Southern gentleman and a former Georgia state legislator himself, Robin’s father had had no higher ambition but to return to his beloved farm when he retired. In truth, he related better to horses, cows and chickens than to people. He always said they were easier to understand. Tonight his tux-covered chest was puffed out in pride as he basked in the acknowledgment of his daughter’s grand achievements and national prominence. It mattered so much to her that he was here tonight. She held his opinion in such high regard that she sometimes couldn’t tell the difference between what he wanted for her and what she wanted for herself. Jimmy winked at his second wife, Abigail, who poured herself another martini—her only salvation at functions like these—though she claimed it was Jesus.

“To the latest poll numbers,” Robin exclaimed to the roaring, puckered-up crowd. As everyone raised their glasses, Robin didn’t notice Peter zipping into the library. She wouldn’t have cared, though. The air at the party was electric tonight—because Robin was getting closer than any woman had been to the highest office in the country.

According to everyone present tonight, these were critical times. For too long liberals had been let loose in the nation’s capital, breeding like bugs and being allowed to spread their sinful, diseased messages and pass unnatural laws granting equal rights to homosexuals—all evil deeds sure to make God cry.

Even more dangerously, liberalism had been catching on with the younger generation to such an extent that conservatives were wetting their collective pants, trying hard to come up with ways to make their Grand Old Party relevant to the youth. A new movement had begun in the South, sparked by a resurgence of Civil War pride. More reenactments were taking place. There were more protests in the streets and more “No Adam and Steve” signs at events, even those that had nothing to do with homosexuals, like ribbon-cutting ceremonies for hospitals and cancer fundraisers. It had gotten a little strange at times. Southern states were pushing for an amendment to the Constitution, “The Marriage Purity Act,” insisting that unless a marriage was between a man and a woman, it wasn’t a true,
pure
marriage and shouldn’t be recognized. They wanted to push it a step further, taking those who had entered into civil unions, or “illegal marriages,” as they called them, and slapping them with huge fines. The time was ripe for a conservative star to emerge, and the environment in the South had become so weird, so charged, that it was the obvious place from which that star should appear. As it turned out, all five of the top contenders hailed from south of the Mason-Dixon line. Only one of them was female though.

Robin Sanders’ political star had risen quite accidentally, although with her ambition she would have found some way to get noticed eventually. It began when Robin, already an outspoken leader in the Georgia senate, was asked to fill in for an ill colleague who was going to be interviewed on CNN. When she stepped in, she surprised everyone with her charisma and unrehearsed candor. Simply put, the camera loved her. Unlike her male counterparts, who tended to rattle off the same, uninspired talking points, she spoke off the cuff, winning admirers among people of both parties—and earning repeated invitations for future commentary.