Read In Case of Emergency Online

In Case of Emergency 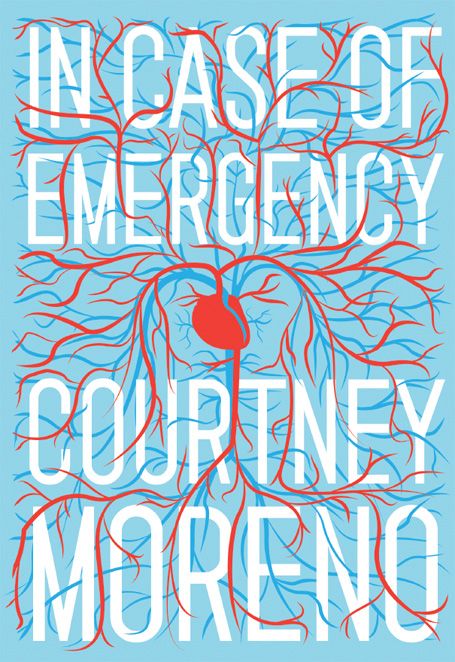 All rights reserved, including right of reproduction in whole or in part, in any form.

McSweeney’s and colophon are registered trademarks of McSweeney’s, a privately held company with wildly fluctuating resources.

When conducting the triage of a multi-casualty incident, start by taking charge. Consider the textbook example, based on the events of July 16, 2002, in Santa Monica, California. On a Wednesday afternoon, against the sparkling backdrop of summer sky and swaying palm trees, an eighty-six-year-old man drove his burgundy 1992 Buick LeSabre down three blocks of Arizona Avenue’s crowded farmers’ market. He was going about sixty miles per hour. He killed eight people and injured forty, and by the time his vehicle came to a stop there was a body pinned under the engine, a body resting on the hood, and an empty pair of shoes on the roof.

It will take some time before you show up to a scene like that and feel comfortable. It will take even longer before your only thought is
here we go
as you snap on gloves and get to work. But if you happened to be there, standing on Arizona Avenue between the rows of produce, the bag of kale your girlfriend asked you to pick up still dangling from your wrist as the Buick shuddered to a stop, you wouldn’t have time to think. Just remember the golden rule of emergency medicine: air goes in and out, blood goes round and round, any variation on this is bad.

While you don’t want to call yourself the incident commander, not out
loud, anyway, that’s what you are. As the only person with some medical training in the face of this disaster, you are the acting incident commander until a higher medical authority relieves you.

Which means you’re going to have to improvise.

It’s your day off. You have a community college class in sign language later that evening, so the backpack on your shoulders holds, in addition to the slim course textbook that binds together hundreds of photographs of hands, a few pens and highlighters. You can work with this. Stand in a space where most of the victims can hear you and shout as loudly as you can: “Everyone who can walk, please make your way over to the fruit stand.” The people who can do so, the “walking wounded,” are considered the lowest priority. They are represented by the color green. With broken bones or minor soft tissue damage, they might have been grazed by the Buick or trampled by people trying to get out of the way; they might be sent home or told to sit quietly, or even asked to help with the care of more critical patients.

Next, quickly determine the status of the victims who remain. Decide who is dead and who isn’t. Intermittent gasping that sounds like air escaping from the lungs—the “death rattle”—means they are already dead, even if they still have a pulse. In fact, don’t check pulses. Dig a black pen out of your backpack and put a dot on their forehead; other rescuers will know not to treat them.

Any victims breathing at a rate of over thirty breaths a minute are immediate, or critical, patients. If they are breathing less than thirty breaths a minute, but have a weak pulse or can’t follow commands, they are also immediate. Mark these victims with a red pen. Finally, use a highlighter to label the yellow group: people who are breathing fairly well, have a radial pulse, and can follow simple commands. They might have serious injuries, but they will receive treatment and transport only after the critical patients have been handled.

Remember your triage methods, simple to use even in the face of a catastrophic incident, such as eight dead, forty wounded, hundreds traumatized, and an eighty-six-year-old man who can’t comprehend what he’s done. Do your best to stick to protocol. Take no more than thirty seconds to assess each patient. Do not treat; only label. Check breathing, circulation, and ability to follow commands. Assign colors.

“What do you do? This guy is circling the drain! Think!”

I’m kneeling in front of a mannequin that represents an unresponsive patient with slow breathing, warm skin, and dumping vitals. The long-sleeved collared shirt I chose to wear feels ridiculous. The man conducting the interview, Vincent, leans over me, yelling. We’re both sweating in the Los Angeles summer heat, and I push the hair out of my eyes using the inside of my elbow. In EMT school I learned to avoid using my hands for anything but handling the patient: it’s best to think of my gloves, and therefore my hands, as covered in germs at all times. The plastic dummy’s eyes have no pupils and look oblong instead of spherical. I don’t have a clue as to what’s going on with this patient. He needs advanced life support—firefighter paramedics or a hospital emergency room. Emergency medical technicians can give oxygen, help administer some drugs, and do CPR. He’s going to need more than that.

“What are you going to do, Piper?” Vincent asks me again. “If this was your boyfriend, your mother or sister or best friend, what would you be doing?”

I know he’s just trying to agitate me, but I consider it. “I’d probably be crying.”

He leans in closer, his face inches from mine, and roars, “Pull your
shit
together, this is EMS!”

The thin carpet of Vincent’s office chafes my aching knees. What’s going on with this patient? I can’t afford to lose momentum now—I spent the last of my savings on the four-week EMT program, and I refuse to slink out of this office anything but employed. Warm skin, lowered pulse rate, slow, deep breathing, and loss of consciousness. Could the slow, deep breathing be Kussmaul respirations?

Vincent tilts his head slightly. He’s impressed but tries to hide it. “And what is that?”

I tell him what he already knows: diabetic ketoacidosis occurs when someone’s blood sugar skyrockets without the presence of insulin and is unable to enter the cells. All the cells in the patient’s body are starving. If this goes on for too long, he may slip into a coma or even die.

Graced by Sophia Sharp
Killer Dreams by Iris Johansen
The Great Game by Lavie Tidhar
Lion Heart by A. C. Gaughen
Summer's Freedom by Samuel, Barbara, Wind, Ruth
Not Even for Love by Sandra Brown
Critical Space by Greg Rucka
Ghost in the Storm (The Ghosts) by Moeller, Jonathan
Lost in the Jungle by Yossi Ghinsberg
Sunrise Over Fallujah by Walter Dean Myers