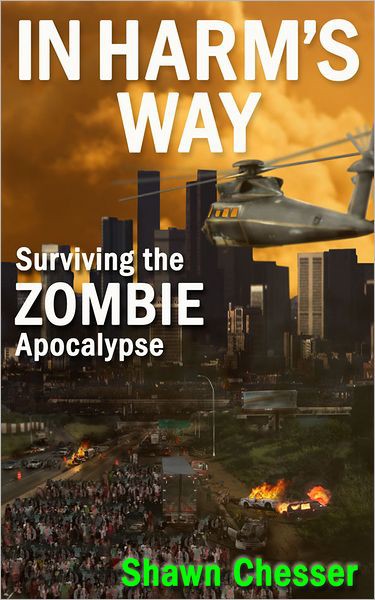 This eBook is licensed for your personal enjoyment only. This eBook may not be re-sold or given away to other people. If you would like to share this book with another person, please purchase an additional copy for each recipient. If you’re reading this book and did not purchase it, or it was not purchased for your use only, then please return to Smashwords.com and purchase your own copy. Thank you for respecting the hard work of this author. This is a work of fiction. Any similarities to real persons, events or places are purely coincidental; any references to actual places, people or brands are fictitious. All rights reserved.

For Mo, Raven, and Caden, you three mean the world to me...love you. And thanks for putting up with me clacking away at all hours. I owe everything to my parents for bringing me up the right way. Mom, thanks for reading… although it is not your genre. Dad, aka Mountain Man Dan, thanks for your ear and influence. Cliff Kane, RIP. Daymon, thanks for taking me all over the slopes in Jackson Hole! Thanks to all of the men and women in the military, past and present, especially those of you in harm’s way. Thanks to all LE personnel for your service. To the people in the U.K. who have been in touch, thanks for reading! Beta readers, you rock and you know who you are. Thanks George Romero for introducing me to zombies. Steve H. thanks for listening. All of my friends and fellows at [email protected], thanks as well. Lastly, thanks to Bill W. and Dr. Bob… you helped make this possible. I am going to sign up for another 24.

My idea for the cover was interpreted and designed by Craig Overbey to perfection. Thank you sir!
Contact Craig

Special thanks to Craig DiLouie, Gary Mountjoy, John O’Brien, and Mark Tufo. One way or another all of you have helped me and provided me with invaluable advice.

Once again, extra special thanks to Monique Happy for taking In Harm’s Way and giving it some special attention and TLC while polishing its rough edges. Working with you, Mo, has been a seamless experience and nothing but a pleasure. You are the best!

Daymon stomped his feet and heckled the nearest zombies. He wanted to lure all of the creatures in the immediate vicinity to the barrier in front of him.

The creep of panic brought on by his claustrophobia was brewing internally. Even in the pitch black he could sense the twelve foot chain-link topped with coiled razor wire pressing in on him. Since childhood he had had a profound fear of enclosed spaces and fought like a wolverine when cornered. More than one former schoolyard bully could attest to that.

If another human had been present the flash of steel would have been lost on them. Daymon was lightning quick; the largest of the walkers wavered and then folded sideways, crumpling in a heap. Ten inches of pointed tent stake to the eye made sure the corpse would stay down for good. The sharpened steel was the only weapon Daymon could scrounge up and would have to do until he found something more lethal.

The sudden burst of movement drew the walking corpses nearer. They clambered over their brother’s unmoving body to get to the living. Cold white fingers probed the honeycomb-shaped openings as their combined weight pressed the fence inward.

“Come and get me,” Daymon chided the ghouls in a singsong voice, barely audible over the shuffling of their lifeless feet. Gaunt faces pressed closer, bringing their stench with them. Their demonic guttural moaning commenced. The man in black was afraid of neither the walkers nor what one bite could do to him. He had been dead inside since the day he was discarded, like so much trash, in the dumpster behind the community hospital where his biological mom spit him out.

A small helping of patience was all it took. One by one the foul smelling abominations moved up a space in line. Curiosity didn’t motivate them; it was their unstoppable desire to consume his flesh. He lured them near until all but one lay in a heap, victims of the tent stake. An old saying that he once heard popped into his head,
an eye for an eye leaves a room full of blind men
. This whole apocalypse thing was to his liking; he tolerated very few people and loved no one now that the lady that adopted him, the one that actually
deserved
to be called Mom, was gone.

Daymon raked the cold steel back and forth across the chain links. The ensuing
tink-tink-tink
failed to get the remaining zombie’s attention. It was a very old specimen, gnarled and hunched over. It had probably been prisoner in an assisted living facility, lonely and waiting to die, before being infected and mercifully released to join the hungry ranks of the walking dead. The man in black watched the monster pan its shriveled head back and forth, like a ravenous lion, smelling the air for prey.

Hanging on perilously with one hand grasping the rusted fence, Daymon lofted the first of the sacks over his head and steered it, as gravity pulled it down, to the spot where he wanted it to land.

From his high perch he witnessed the elderly zombie stagger twenty feet to the south and perform another sniff test on the air. Daymon had a feeling that its other senses were compromised.
Did somebody forget their contacts on Judgment Day?
He quietly snickered.

After fully covering a two foot wide section with all of the burlap potato sacks, he gingerly began to inch his way over while his body weight compressed the coils. At first he didn’t feel the scalpel sharp barbs as they bit into his skin. However, he did sense the hot sticky fluid soaking into his thermal undershirt. Dismayed by the sheer volume of his own coppery-smelling blood, he wondered whimsically if he was going to die before he even made it out of the base. Once he was on the ground, outside of the wire, he quickly assessed the damage. The cuts weren’t as bad as he had initially suspected and they would stop bleeding eventually. The tough firefighter had been cut to the bone before and survived so he wasn’t about to let a few superficial gashes slow him down now.

Daymon triaged his situation as he warily eyed the walker deliberately shuffling along the fence in his direction. The creature would have to be dealt with first and then the wounds to his torso.

He already knew the odds of completing this foolhardy excursion weren’t favorable. But the thought of spending another second inside the Air Force base, unarmed, feeling like a neutered dog, was out of the question.

The Beast of Maug Maurai, Part One: The Culling by Roberto Calas
The Glass Man by Jocelyn Adams
Grand Slam by Kathryn Ledson
Peeps by Scott Westerfeld
Second Time Around by Nancy Moser
The Healer's Warrior by Lewin, Renee
Felicia by S. J. Lewis
God Don’t Like Ugly by Mary Monroe
Rendezvous by Lane, Arie
The Shamrock by Nikki Winter