“You always look on the bright side,” Roddy said. “You'll see in the report that she killed her stepbrother as a teenager.”

“That doesn't surprise me,” Logan said.

“He abused her for years and as you know, abuse has an impact on a person, especially young girls,” the detective explained. “In fact, she's a tragic story.”

Quinn heard a door slam before Roddy announced he had to go.

Logan handed the phone back to Quinn. “Rebecca has quite the history. I wonder if she killed anyone else.”

“Let's forget her. She's in jail and I want her out of my life.”

“She is the reason we know each other.”

Quinn smiled as contentment and relief filled her, Rebecca was truly gone. “I prefer to think it was destiny.”

Logan's blue eyes flickered with amusement. “I'll go with that logic, too.”

She kissed him on the cheek. “Go take your shower. I'll get coffee. I don't want to wait for room service.”

“You're doing better. You can actually talk in the morning without coffee.” He patted her butt on his way to the shower.

“And now, I pronounce you husband and wife.” The minister smiled his approval while shaking hands with Ruthie and her new husband. Ruthie looked beautiful. The green dress she wore showed off her slim figure. She'd curled her blonde hair at the ends so it framed her face, which glowed with happiness and contentment and belonging. She and her new hubby were a perfect complement for each other â two peas in a pod who were so well tuned to each other they could finish each other sentences.

Their relationship gave Quinn hope. Maybe the over-forty crowd could find that special someone, even after a nasty divorce. Ruthie sure proved that a second marriage could be better than the first. There's something to be said for maturity in choosing a mate.

Quinn gazed in blissful satisfaction at Logan. He was chatting with Ruthie's sister and her husband like they were old friends. He was comfortable talking with anyone, anywhere he happened to be. Probably due to all that interrogating he did as an FBI agent. He laughed as he talked, demonstrating his story with his hands. The glow of his smile warmed her as she watched him. She felt serenity wash over her as her heart made its final decision.

The photographer rounded up guests for wedding photos. The first shots were of the bride and groom. The Terrazza di Sogno (Terrace of Dreams) overlooked Bellagio's Lago di Como providing a beautiful backdrop. The Bellagio Fountains rose on schedule and added a magical touch to Ruthie's official wedding photograph.

After several group photos, Ruthie suggested one of Logan and Quinn for her wedding album. They stood along the edge of balcony with the fountains behind. Logan put an arm around Quinn's waist, drew her close.

“Smile nice, darling. You need to practice this.”

“No.” He kissed her temple. “Having wedding photos taken.”

Her heart clenched. Wedding photos? “Are you kidding?”

He squeezed her waist, patted her butt with a familiar touch. “I never kid about my wedding.”

“Okay, all right, we can move in together,” Quinn whispered. “It'll be a test to see if we can get along in the same house.”

He squeezed her even tighter then leaned over and kissed her mouth. “No problem with that. We can fix up a bedroom for Cutter, too.”

That settled it. She'd say “yes” if and when he asked. Quinn's smile broadened as she gazed with joy at the people around her on the terrace. Yep, life was damned good.

Puffs of smoke sailed across the room. Danten paced the floor, rolling the cigar between his thumb and fingers before lifting it to his mouth. He paused.

“Did you find her?” Danten finally asked.

The seasoned investigator, who called himself Jones, waved the smoke away.

“She's covered her trail completely, sir. No credit card, phone, or any other kind of data exists. Even her comrades â ”

“Even they haven't seen her.”

“Not that they would want to after her former lover turned against his own team. She had guts wanting to finish him off face-to-face.” Danten puffed on his cigar a few more times and went back to rolling it between his fingers, knowing she hadn't pulled the trigger. But then â¦ no one knew who had but him. “When she walked out on the mission, it was the final straw. They could understand being taken in by a lover, but not a comrade leaving them high and dry in a mission.” He knew the silent code of honor.

She would be on her own.

Jones stepped forward slightly, hesitating. “Why look her up after all this time?”

“Because she can take care of her sister's debt.”

Danten snuffed out his cigar back and forth with gentle motions. He laid the cigar down and waited. “Do you have any other leads?”

Jones hesitated again. Was he having second thoughts? “No. I'll let you know as soon as I receive any info.”

“I see.” Danten's eyes narrowed, but he nodded and smiled. As Jones turned away, he asked, “Don't you want your other half of the fee?”

There was the slightest pause, but Jones continued out the door. “No. I can get it when you get the rest of your information.”

“Our deal was paid in full regardless of the outcome as long you uncovered every nook and cranny.”

“I have your money.”

Danten had picked the investigator for the greedy soul he possessed. And his refusal of the money meant he was letting his scruples get in the way of doing the job. Danten opened his desk drawer â and in a moment it was over.

Danten didn't wait for the investigator's last breath before reaching inside the man's jacket and pulling out the envelope he found there. He ripped the envelope open. Just as he suspected, Jones had found her.

Sliding the envelope and its contents into his briefcase, he snapped the locks into place. A few well-placed leads under the right noses and he would take it from there.

In time, Selena would pay her sister's debt.

To purchase this ebook and learn more about the author, click
here
.

In the mood for more Crimson Romance? 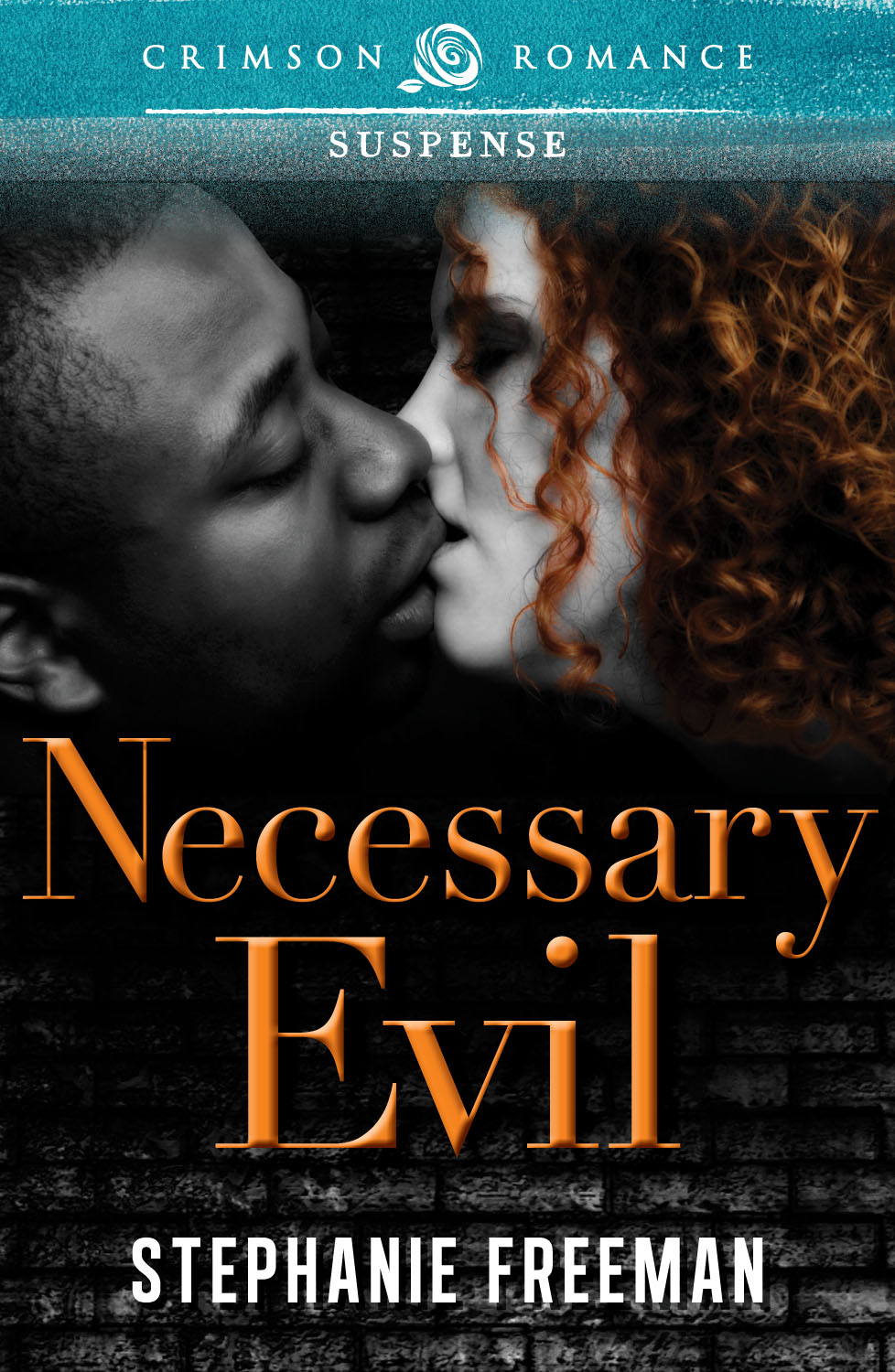 Check out
Necessary Evil
by Stephanie Freeman
at
CrimsonRomance.com
.

India After Independence: 1947-2000 by Chandra, Bipan
An Escort for Christmas: A Billionaire Novella by A. Zavarelli
M55 by Robert Brockway
Still Life with Woodpecker by Tom Robbins
Blood Falls by Tom Bale
Elysia by Brian Lumley
Earth Girls Aren't Easy by Charlene Teglia
Risking Trust by Adrienne Giordano
The Family Plan by Gina Wilkins
A Touch Of Frost by Rhian Cahill