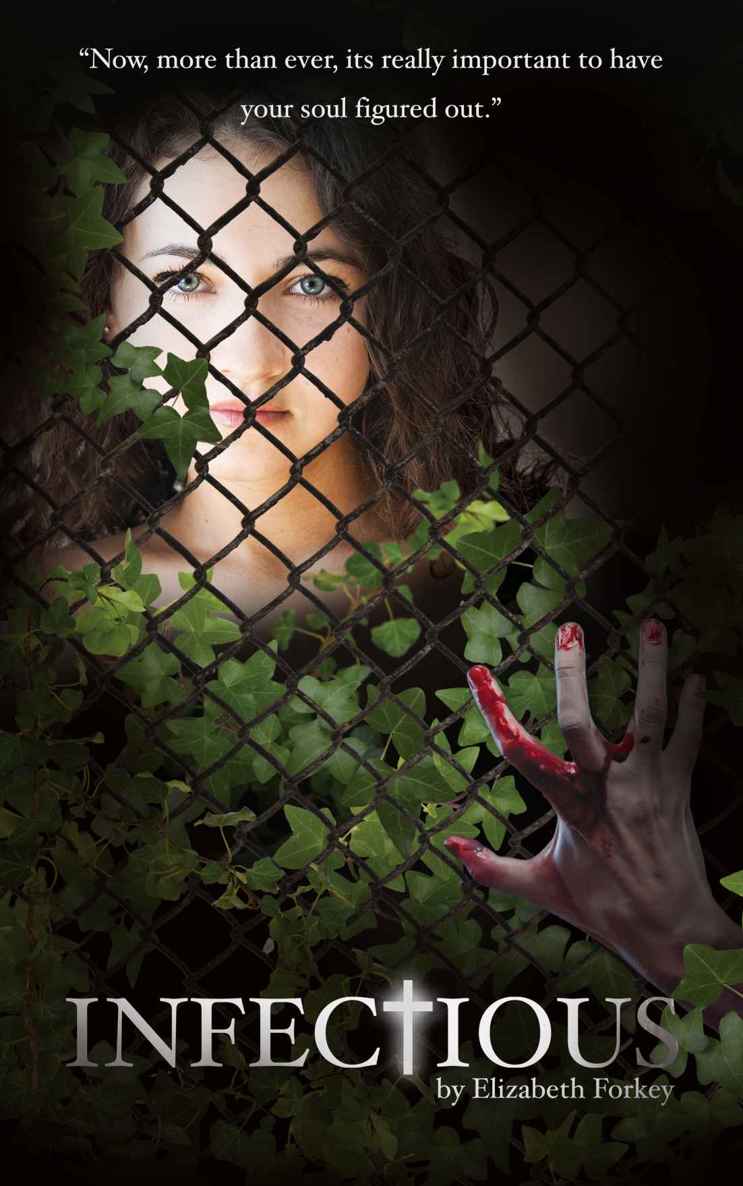 
For Chloe, Paige,
Kaitlyn
and Krystal

First and foremost
, this book is dedicated to my Lord, The Risen
One, The Miracle Maker, Conqueror of Death,
The
Most
Exciting Love I’ve ever known. He really wrote it, not me.

He put this story in my heart for anyone who
is dreaming of an exciting life—something more than the ordinary—a storybook
kind of love. The stuff of “once upon a time”, the kind of love that the
imaginary Edward and Bella share, really does exist—and then some! It is ours
for the taking! We must simply put our hand in His and run with abandon down
the path he is paving before us.

Second
, I dedicate this book to Chloe, my daughter and best friend. She
read along as I wrote and encouraged me every day. She critiqued, she laughed,
she said, “Hurry up and write some more every time she caught up with me.” She
is an amazing part of this great adventure and I’m so thankful for her.

His bald head
flashes a momentary reflection in the passing moonlight as he slinks through
the shadows, hurrying towards, yet dreading, his secret rendezvous. A violent
shiver seizes him. He trips but doesn't slow, the stumble propelling him even
faster, looking like a small child who has lost control of uncoordinated feet.
He weaves in and out of the buildings and alleys down memorized paths. He has
traveled this route on darker nights than this. He does not fear the black
darkness.

And yet fear
consumes him.

He struggles to
breathe. The exertion of his moonlit race isn't the cause of the sharp pain in
his side or the ragged way he draws in breath. The chill in his bones has
nothing to do with the freezing night wind. They can't touch him on this side.
They can't kill him or maim him if he stays here. Not directly, not physically,
no, much worse, they will punish him by hurting
her
. His heart and soul ache raw with constant tortured thoughts of
her
.
Her
agony,
her
fear,
alone and ravaged by their filth because he is weak—a failure! It has been
weeks and he is no closer to giving the doddering, loathsome man what he wants.

She has been his
best friend and dearest love since childhood. It is an unthinkable tragedy that
they will not spend their immortal days together. It's unfair. But he can no
longer stand the wicked whispers with their relentless buzzing in his already
guilt ridden heart. They promise him that his betrayal will spare her and he is
desperate to believe the whispers.

Though the night
is dark and starless, the winded runner senses that they are already
there—waiting for him. He can make out at least five shadowy bodies coming into
focus through the coiled fencing.

His stomach
turns as he closes the last few feet between himself and the inky group.
Memories of the last time he met the doctor here play like a horror movie in
his head. Last time he came empty handed and left with a small brown sack.
Taking the featherweight mystery bag back to his apartment, he'd
agonized
the rest of that long night over what he would find
if he opened it. When the sun began to light his dirty windows, he begged the
silent sky for courage and stared into the dark brown shadows of the bag.

He found her
beautiful hair.

Shaved and
stuffed into the small sack in knotted clumps. After crying like a child until
his sobs ran out and screaming at the heavens until his voice was gone, he
tried to gather the messy strands into a bundle. He wanted to smell her and
stroke the familiar soft strands against his lonely cheek. This closer inspection
showed skin and blood on the tips of the beautiful auburn and gray locks. Had
they ripped it from her head? Their cruelty knew no bounds.

He has to do
whatever they want, even if it costs him his soul. His legs shake as he stands
before them in silence. He hopes against hope that what he has to offer them
tonight will buy him a little more time.
A little more time
to do what he must.
The safety of this cursed fence feels like prison to
him now.
Trapped.
He is a bird in a cage, powerless
against the evil without.

Free, on the
opposite side of the fence, the old doctor stands waiting—anger and loathing
written in the wrinkles of his scowl. The doctor always wears the same thing,
the tight shimmering bodysuit of his learned organization. Its silver spandex
fabric seems to glow in the sparse moonlight.
And gloves.
They always wear gloves. The grayish-white gleam of the bodysuit matches the
grayish-white hair on the old doctor's small head. He is short and pudgy and
the spandex suit accentuates his soft middle and his spindly legs. Despite his
unimposing appearance, he emanates dark intimidation. It's his eyes—eyes that
look inhumanly black in the dark.

The small
crowd of taller beings around the doctor also wear
the
silvery suits. They look sleek, strong and capable. They stand in stoic
silence, their faces hidden behind simple white masks. The plastic masks, plain
and nondescript, are haunting. The bald runner looks down at his feet to avoid
the empty black eye holes.

The haughty
doctor saunters forward until his silver belly is pressed against the holey
fence. Though his voice is shallow and sickly it is still thick with hate as he
barks, "You are late!"

The frightened
runner cringes, alone on his side of the fence, but keenly aware of the nearby
homes and their sleeping inhabitants. If anyone hears them, all will be lost.
If he is caught, his wife will die.

"Please
forgive me," the runner whispers. "Don't hurt her! I was in—"

"I don't
care!" the white-haired doctor rasps even louder.

The runner gasps
and
stumbles
backwards, shooting frantic glances at
nearby windows. He's never seen the decrepit one this riled. Why is this deal
so important to them?

Squinting
through the chain links, the runner studies the panting geezer. Beneath that
shock of white hair, the doctor's face and neck glint with the wetness of open
sores. His ears are covered in more bandages than the last time.

They are getting
sicker.

They'll never
find what they are looking for and it is the lonely man's only consolation. He
takes comfort in the sureness that they'll rot to death and then go to hell
where they belong.

Forcing himself
to be brave, the runner steps closer to the menacing group, his voice quivering
with telltale fear as he holds up what he brought for them, "I brought you
this."

His
hand shakes
with trepidation as he pushes his fingers
through one of the fence links and hovers, trembling on their side. But no one
moves to take the proffered piece from the quaking hand until a nod of command
is given. Only then does the largest of the masked men step forward to retrieve
it. The runner shivers as the body guard's gloved hand enfolds his own and
takes the crumpled image. Bravery sapped, the runner snatches his hand back
unharmed. An abbreviated prayer of thanksgiving whispers through his cracked
lips—old habits die hard.

Accepting the
small, crinkled square from his body guard, the doctor squints at the image. He
holds it up and turns the picture to catch a beam of moonlight for a better
look. With the back of his gloved hand, the pudgy doctor wipes a drip of ooze
from his bandaged brow as he considers the photo with quiet fury.

"Meet us
here again in three Mondays and bring what we want," he enunciates through
the sticky phlegm in his throat, "or I will have your wife handed to you
piece by piece through the links of this fence."

The bald runner
whimpers and bows, nodding with exaggerated enthusiasm, hoping that his
submission to their will is obvious. If they are sure that he will do the job,
maybe they'll stop hurting her.

With a
discomforting smile of yellow teeth the doctor adds, "Here's a little
something for all of your trouble."

Dropping a small
black box through the fence links, they turn and dissipate into the buildings
on their side, disappearing like snakes into their holes.

Alone and
trembling, the terrified man glances all around him and then stoops to retrieve
the black velvet jewelry box. He stares transfixed at the box in his upturned
hand. His palms drip with sweat, the freezing night wind unable to dry them.
The bile in his stomach churns and threatens to surface. The abysmal man acted
as though it was a payment or a gift.

With a trembling
finger he flips open the rounded black lid. His anguished scream goes up in the
night. All thought of secrecy is driven from his mind as the moon comes out
from behind a cloud to reveal the contents of the open box in his hand. The
diamond earring he gave her so many Christmases ago twinkles in the lunar
light—still decorating her severed ear.